Deep Ellum Finally Has A Grocery Store. Now What? 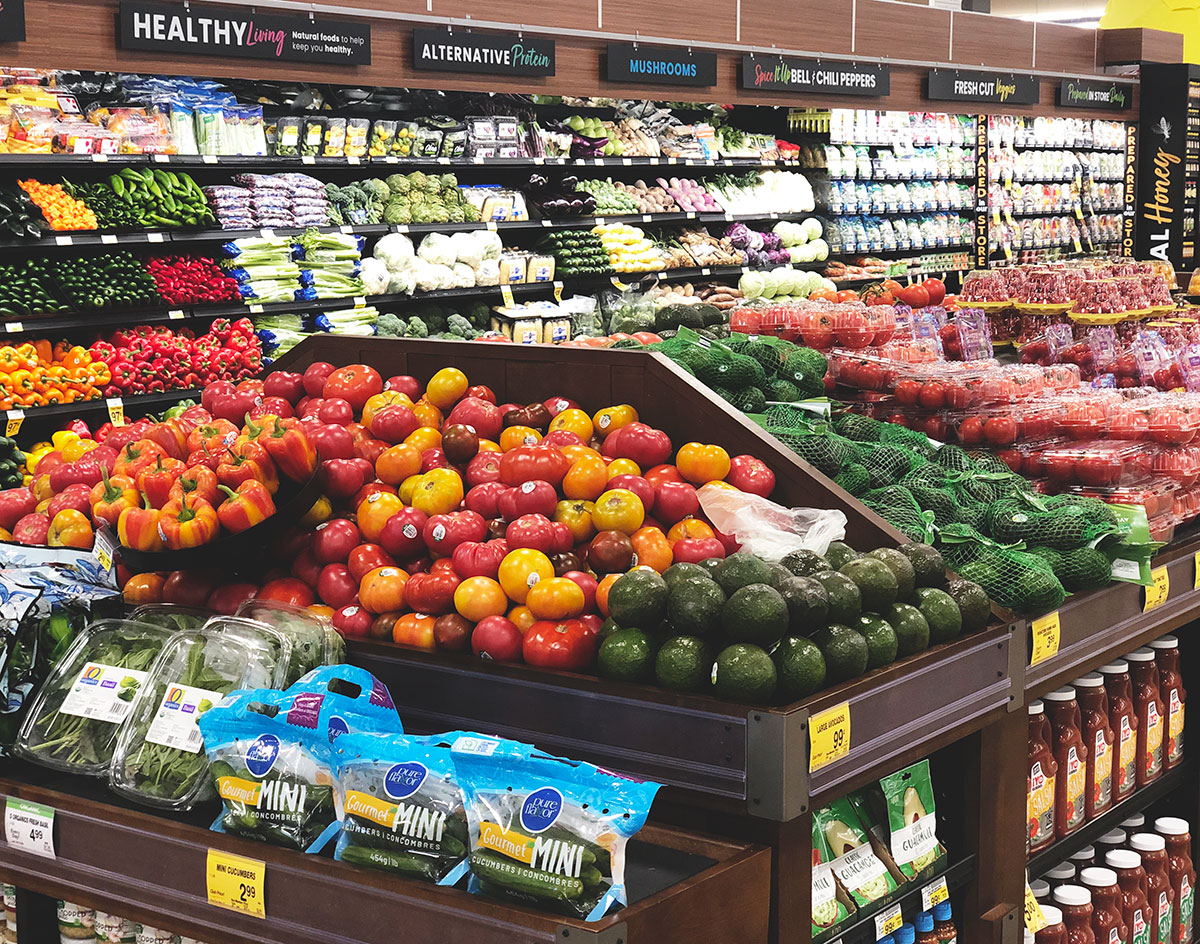 Deep Ellum Residents’ Pleas For A Grocery Store Have Been Answered With The Arrival Of A New Tom Thumb Location On The Edge Of The Neighborhood.

This just-opened, 56,000-square-foot Tom Thumb supermarket has everything: Located at 2727 Live Oak Street on the street-level floor of the Gabriela apartment building, it houses a Starbucks; a pharmacy; a florist; a sprawling produce section; a robust offering of wines; full-service deli and seafood departments; a slew of grab-and-go (and other) prepared meals; various health-and-beauty items; wall murals from local artists; free underground parking; even a bakery boasting exclusive recipes from Blue Bell and Philadelphia Cream Cheese.

What it doesn’t have — rather surprisingly — is folks crying that this latest addition to Deep Ellum is contributing to the neighborhood’s continued “Uptownization.” If anything, residents — who have long been clamoring for such an amenity to be added to the area — are celebrating the store’s opening, which formally came this past weekend. 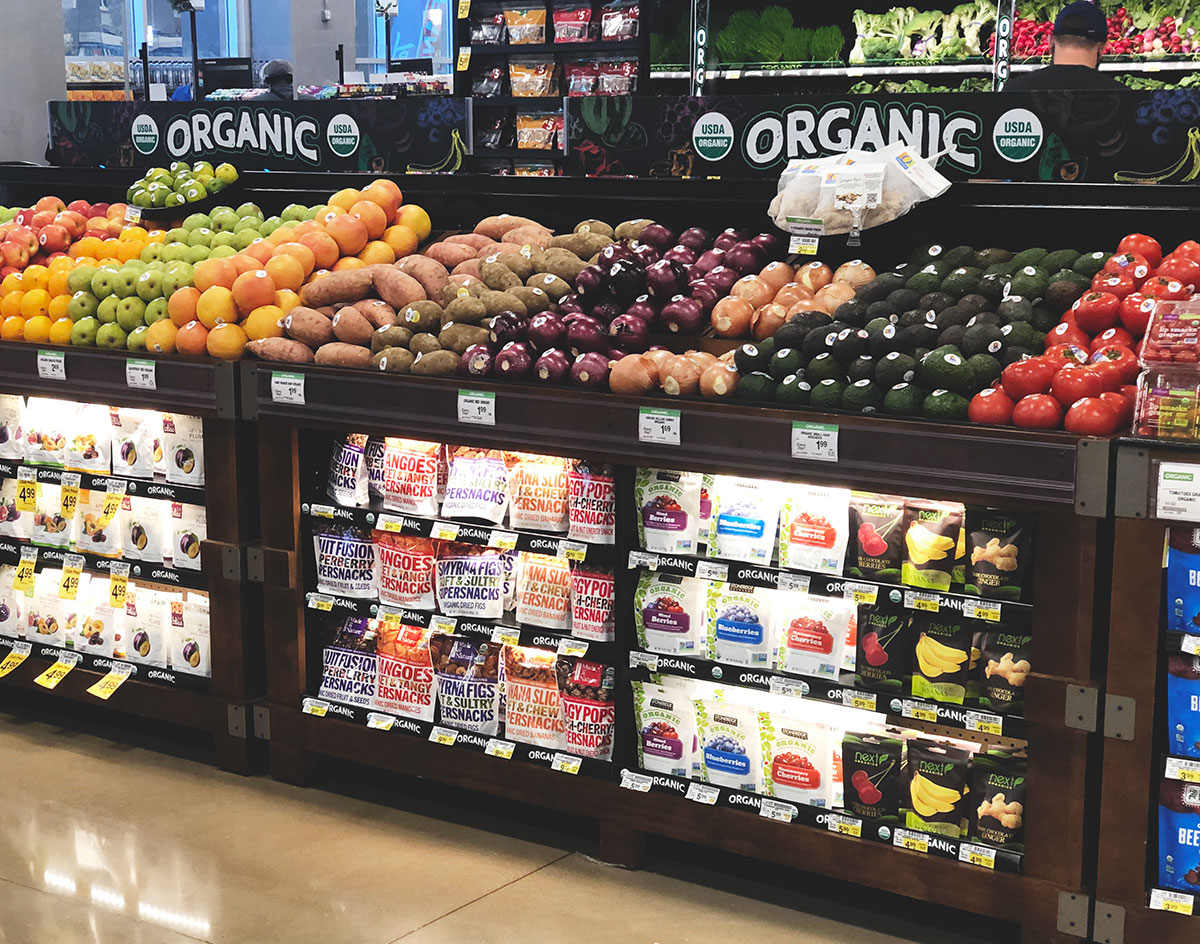 One of the new store’s first customers was Veronica Young, a Deep Ellum resident of 10 years who says she visited the store seven times over the course of its opening weekend.

“On the one hand, I wish it was a mom-and-pop store,” Young says. “But, in the past, various versions of that existed [in Deep Ellum] and unfortunately didn’t do well.  Living in this neighborhood, it’s nice to no longer be considered a food desert.”

Prior to the opening of the new Tom Thumb, Young says she would have her groceries delivered to her Deep Ellum residence from Aldi’s East Dallas location — a convenience she figures she’ll continue to make use of, although she acknowledges too that having a walkable grocery store in the neighborhood will be a “game-changer.”

But what Young isn’t worried about is the big, scary g-word.

“I feel the wheels have come off the gentrification wagon in Deep Ellum,” Young says. “I don’t know that this grocery store will have much effect on what is already happening. Deep Ellum is changing and has been for some time now.”

Like Young, Deep Ellum resident Maria Gonzales says she is excited to have the new grocery store in her neighborhood.

“It’s a beautiful, full-sized store, and I love its parking options and accessibility,” Gonzales says. “Even the garage is pretty. Who knew a garage could also be pretty?”

Gonzales agrees that Deep Ellum’s gentrification is “unstoppable” at this point, but also says she feels it’s important to preserve the neighborhood’s character. For its part, the store is taking steps to acclimate itself to the surrounding area, and not just the other way around. In addition to items stocked based on neighborhood demographic studies, the store’s interior features a mural designed by local artist Daniel Driensky of the Exploredinary collective. 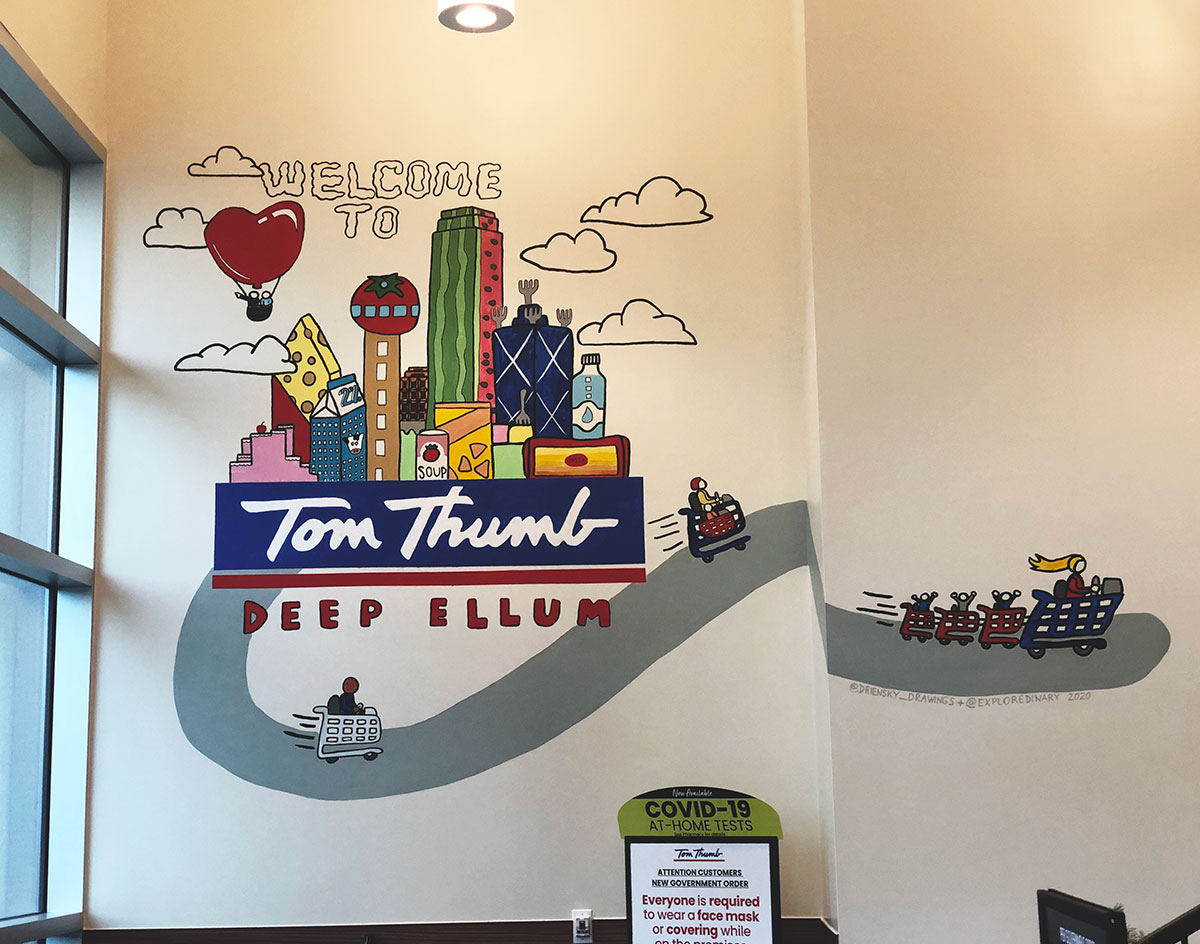 The store’s assistant general manager, Elizabeth Rod, transferred from Louisiana to work at Tom Thumb’s Deep Ellum location and says she has quickly grown to love the neighborhood’s artistic community.

“I’ve been wandering around [the neighborhood] since we’ve opened,” she says. “I’ve been visiting some of the restaurants and looking around at the artwork. We’re looking forward to everyone coming and visiting and meeting everyone.”

While there has never really been a large grocery store in Deep Ellum, many residents have historically purchased produce and other groceries at the nearby the Dallas Farmers Market. While one might think that the new Tom Thumb could deter shoppers from visiting the Dallas Farmers Market, the vendors there are relatively unfazed by the store’s arrival.

“I am sure that there will be some effects on some of the vendors at the market,” says Adam Cohen, a mushroom farmer with the Farmers Market’s Texas Fungus booth. “[But] for us specifically, I am not concerned. The mushrooms that we grow are not found at Tom Thumb stores — and, even at the higher-end stores, the selection is minimal. Our customers will still find us at the market. For the other vendors, my gut tells me that the customers that already shop at [the Dallas Farmers Market] will likely continue to do so, and most of the people who shop at grocery stores will do the same. The second group will just now have a shorter drive.” 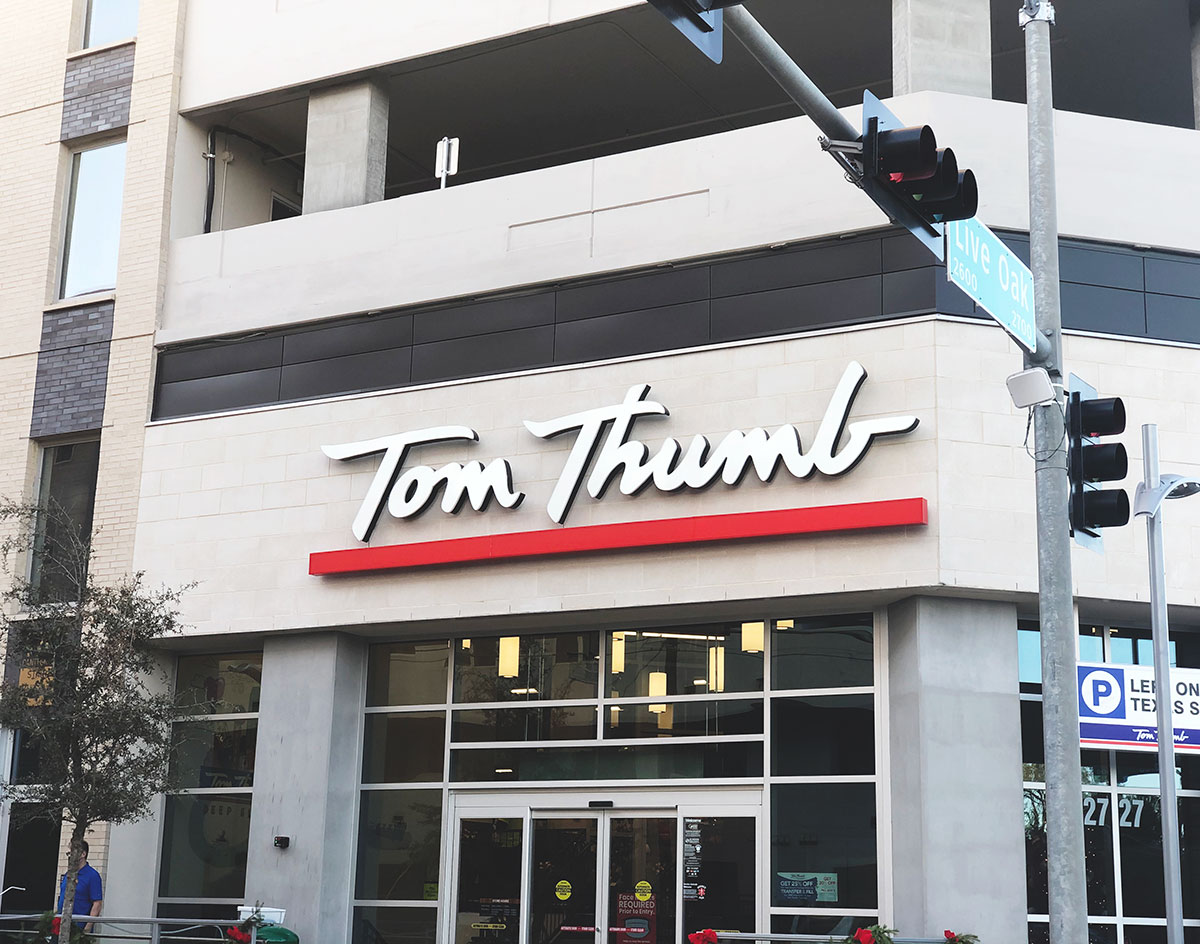 All photos by Alex Gonzalez.