Dallastrology: What Your Sign Gives The Finger To As Badu. 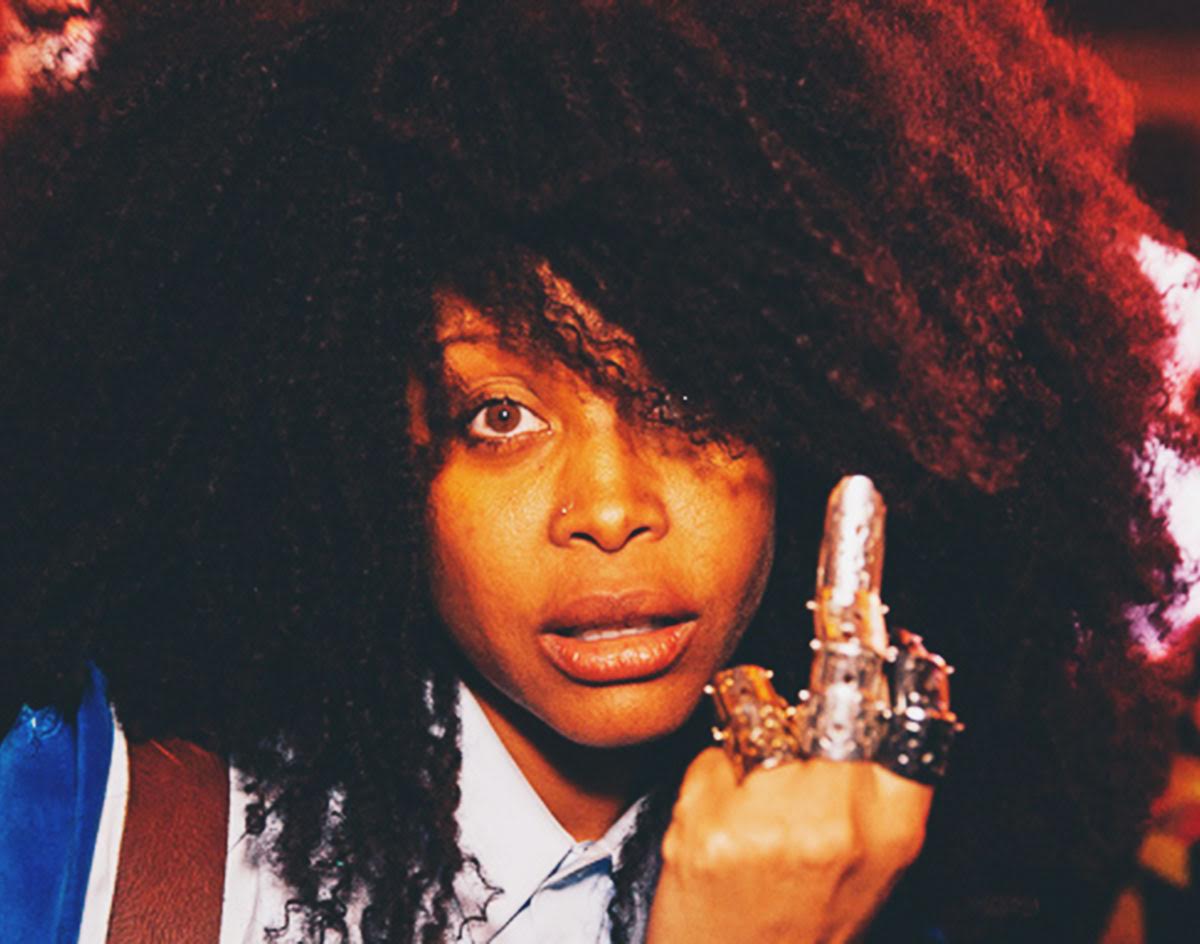 If You Think About It, There’s Really No One Better To Serve As Your Zodiac Priestess For Dallastrology Than Our Own Queen Of Neo-Soul.

Even if you’re one of those adamant horoscope deniers — yes, Taurus folks, we’re looking at you — we here at Central Track, ever since our earliest days as a website, have long chosen to believe that one’s zodiac sign really does say a lot about a person.

The stars have been gracious since we last checked in: Mercury is out of retrograde (or gatorade, as some of you have lovingly recalled it), Cancer Season’s astrological terror is over and we’re nearly out of Leo season.

Friday marks the onset of Virgo season, but we have a confession. For some reason, Virgo has continuously been the one sign we almost forget to include on this list for every installment we’ve made so far. We know you’re probably going to hold it against us for a while — you are Virgos, after all — but we made sure you’re on this one, and we have enlisted the help of the healer in hopes you won’t be too upset.

For our latest installment of Dallastrology, we decided to phone a friend.

While we admittedely don’t have a Tyrone to call, we do have Erykah Badu on speed-dial — or you know, in our photo archives from when she hosted an after-party for Dave Chapelle at the Foundation Room.

So with that, we’re bringing you a list of things the signs are giving the likely-jeweled finger to. But don’t worry honey, we know you’re still so sweet — except for you, Scorpios. We know better. 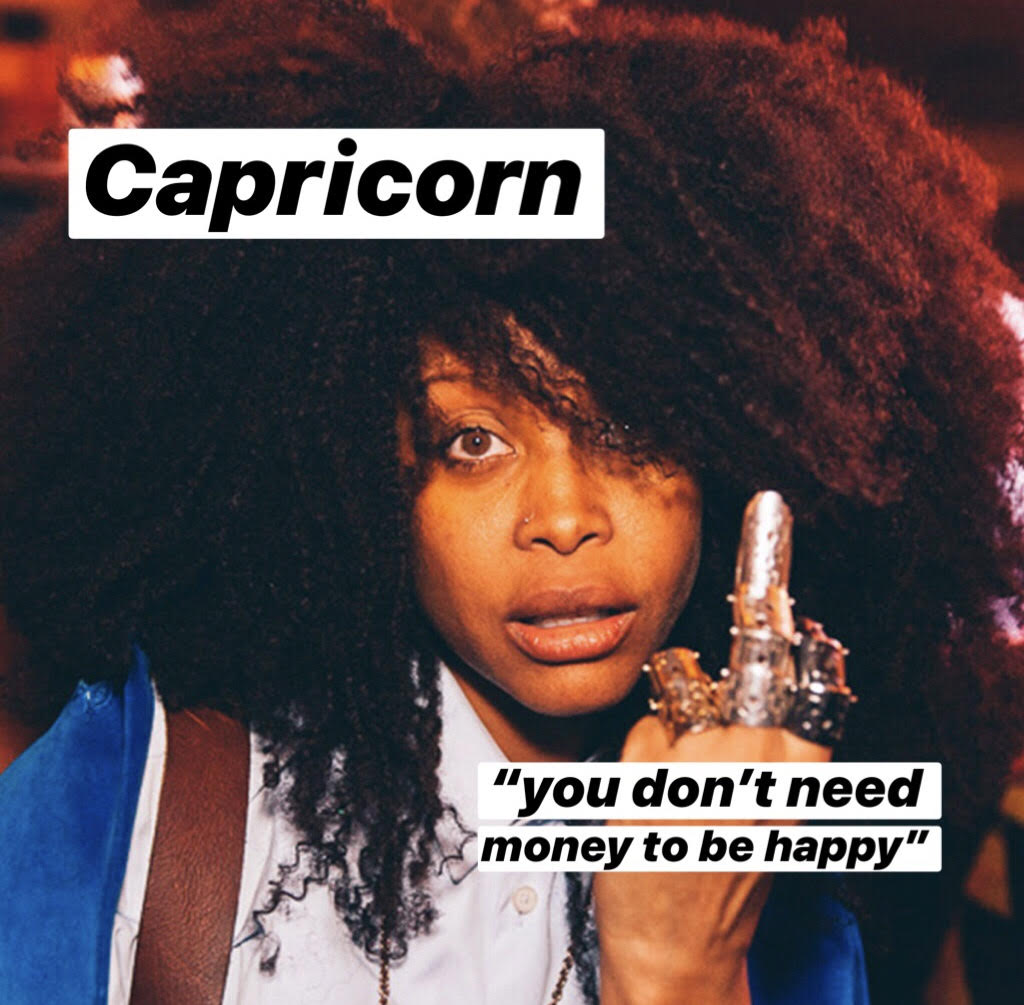 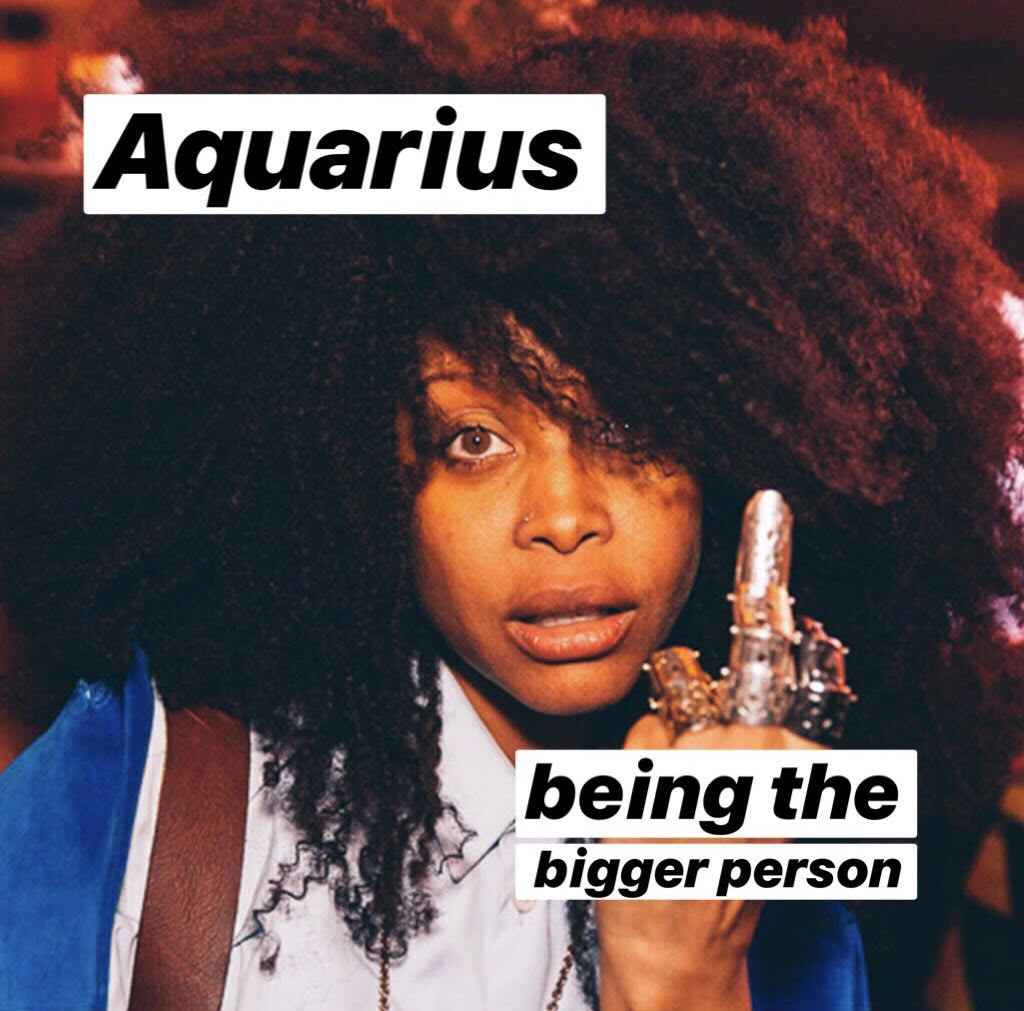 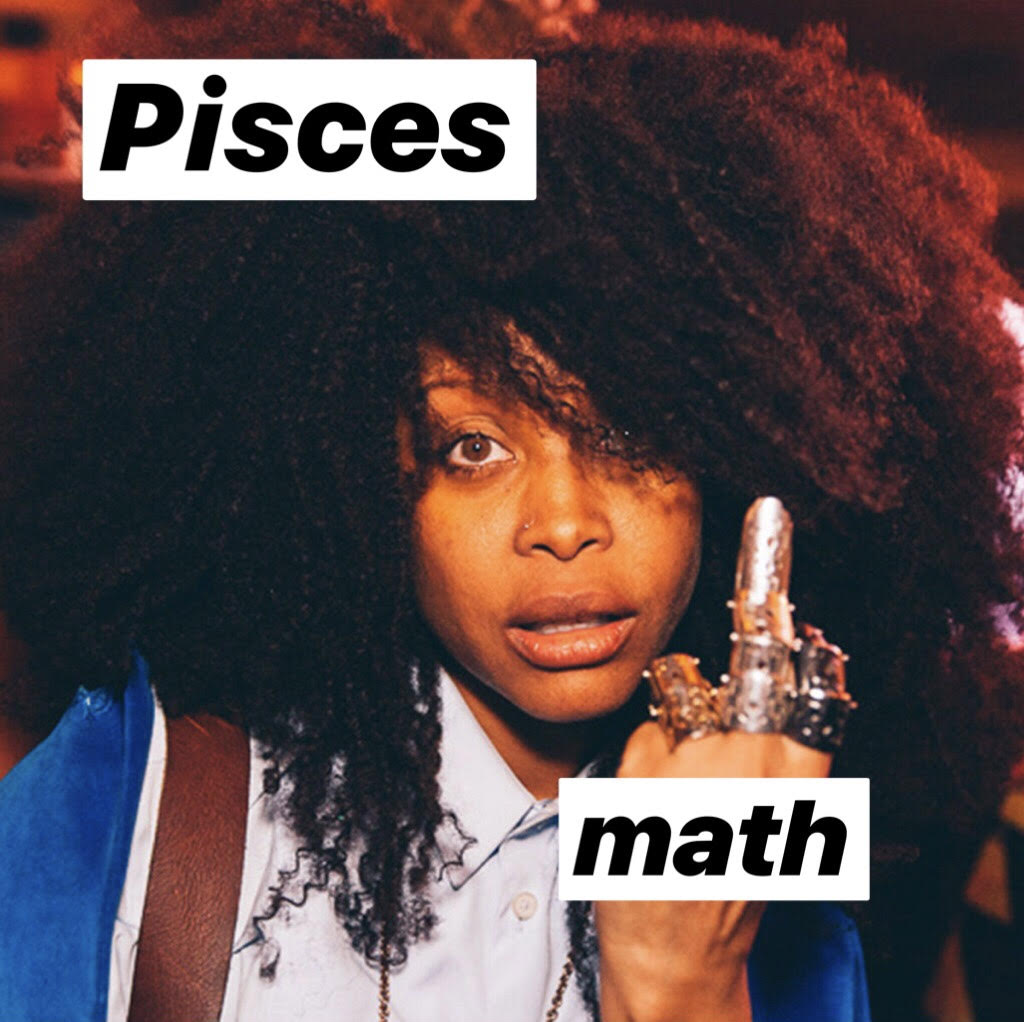 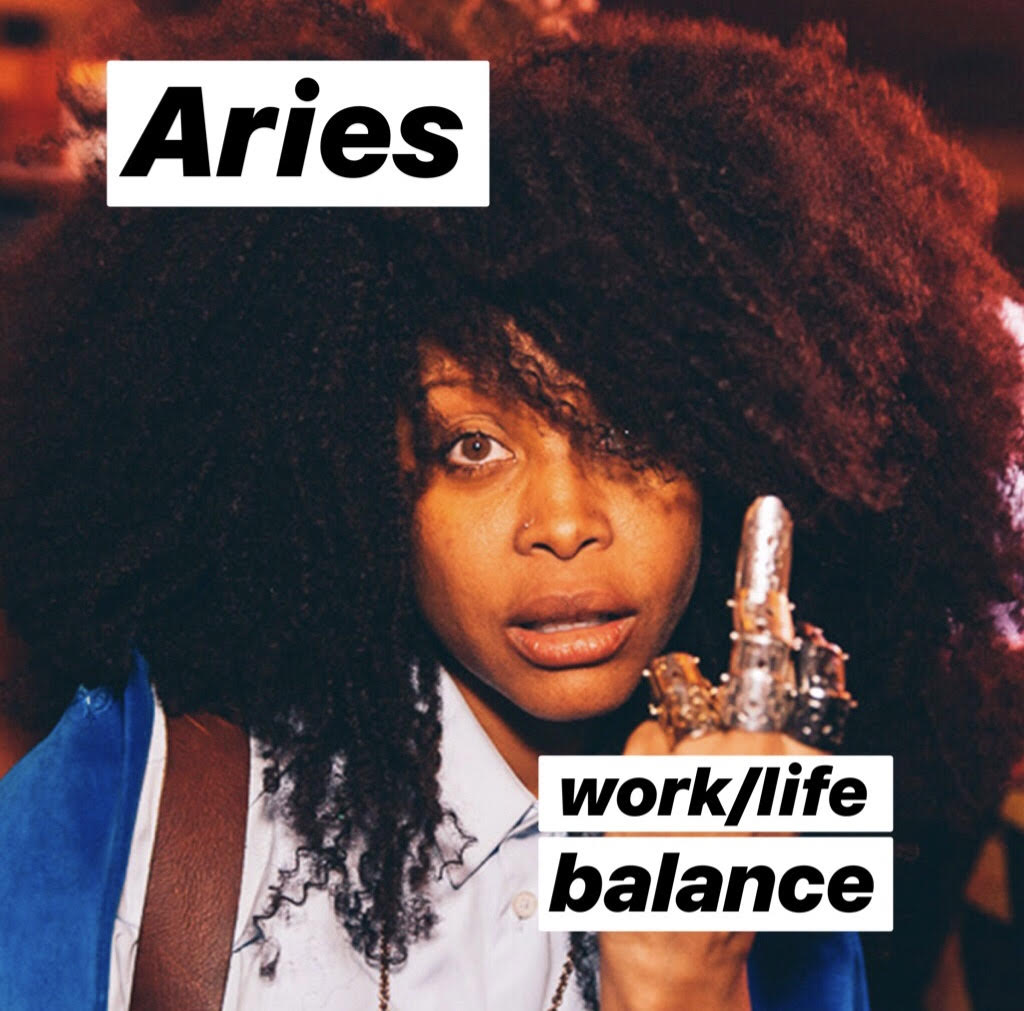 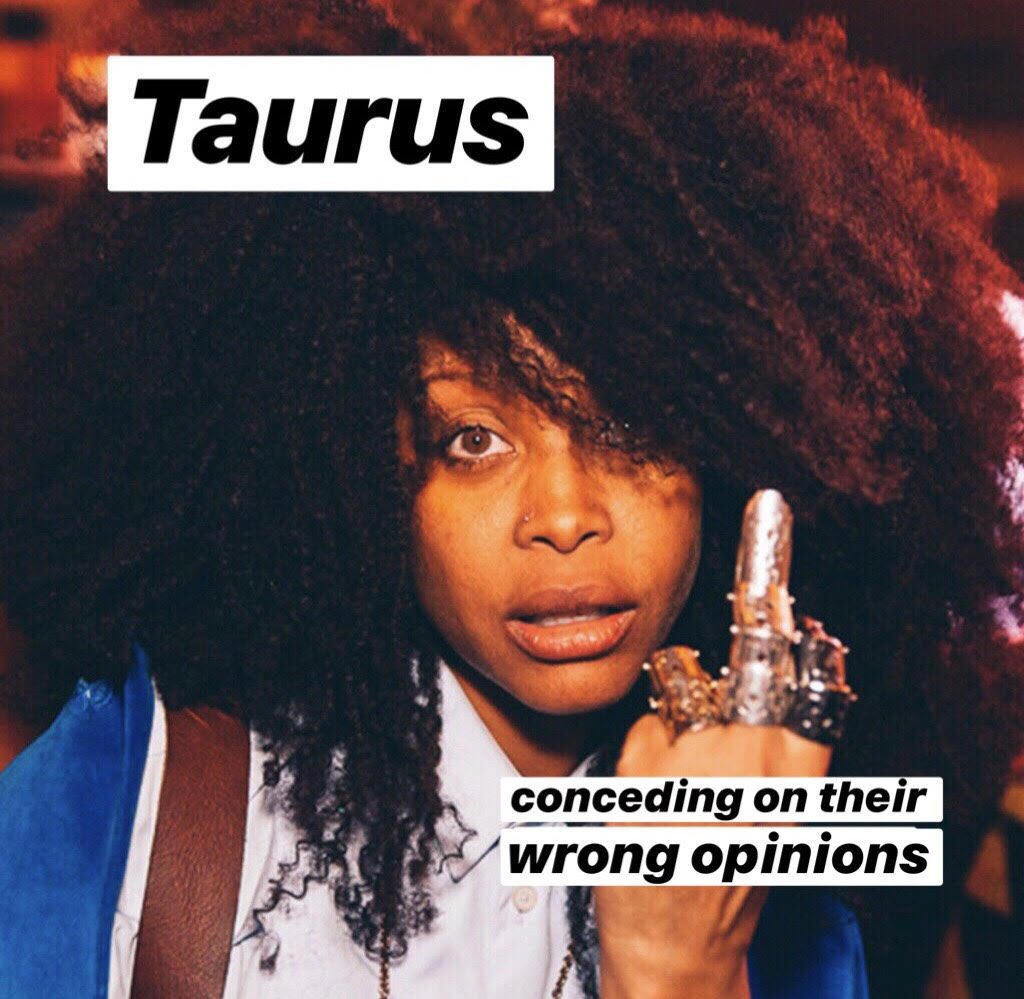 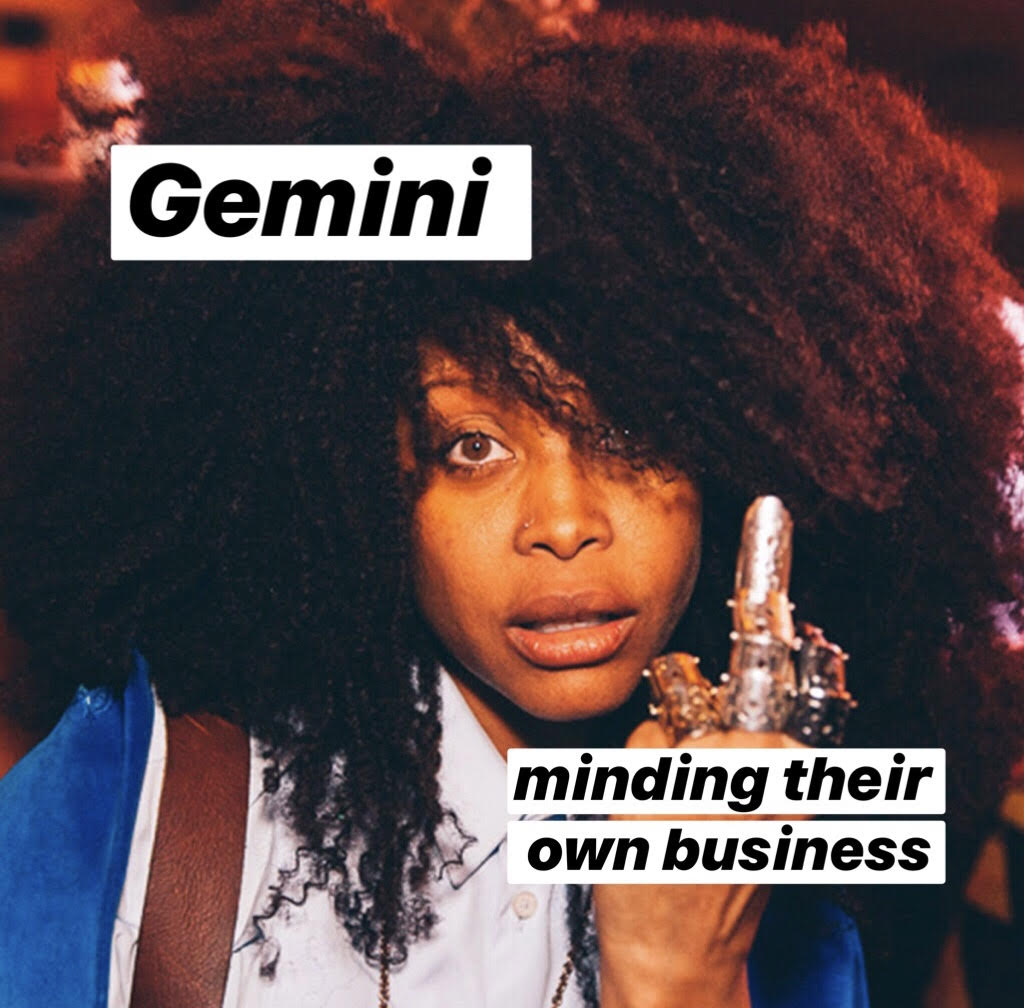 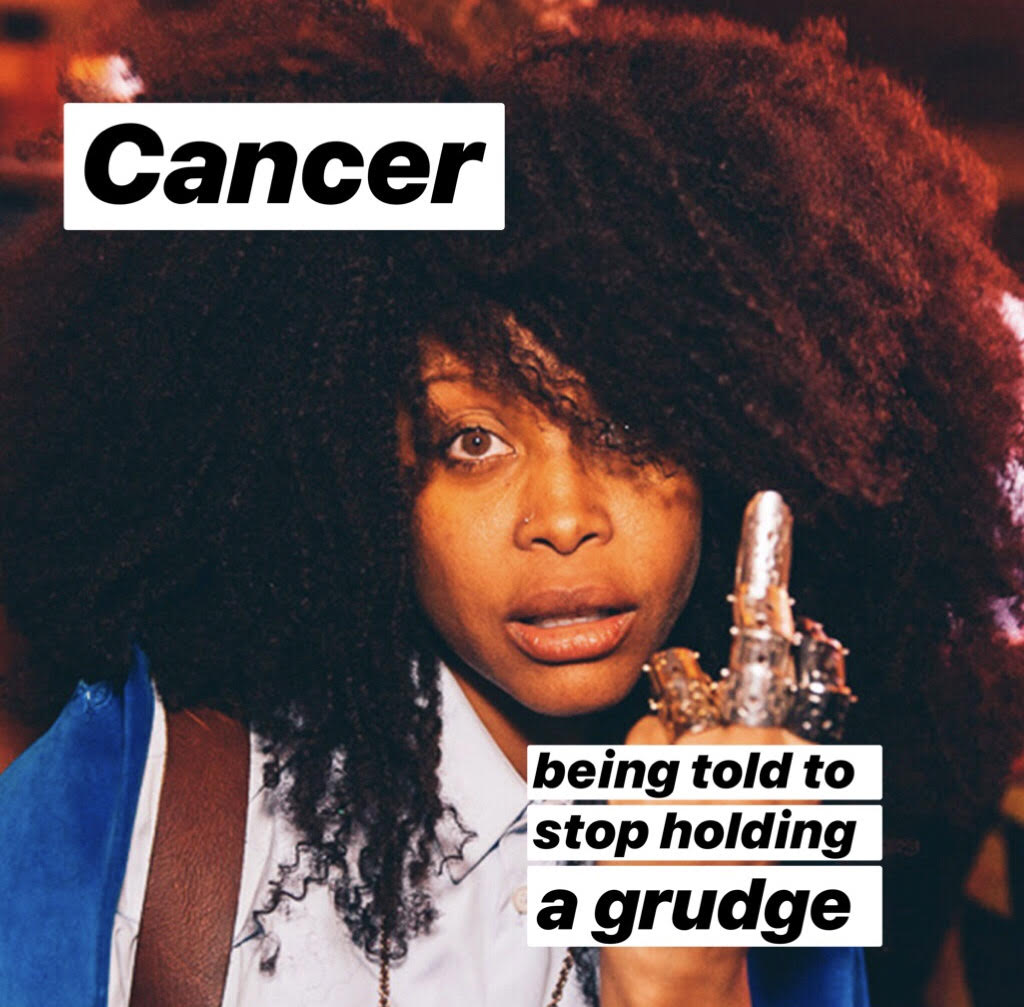 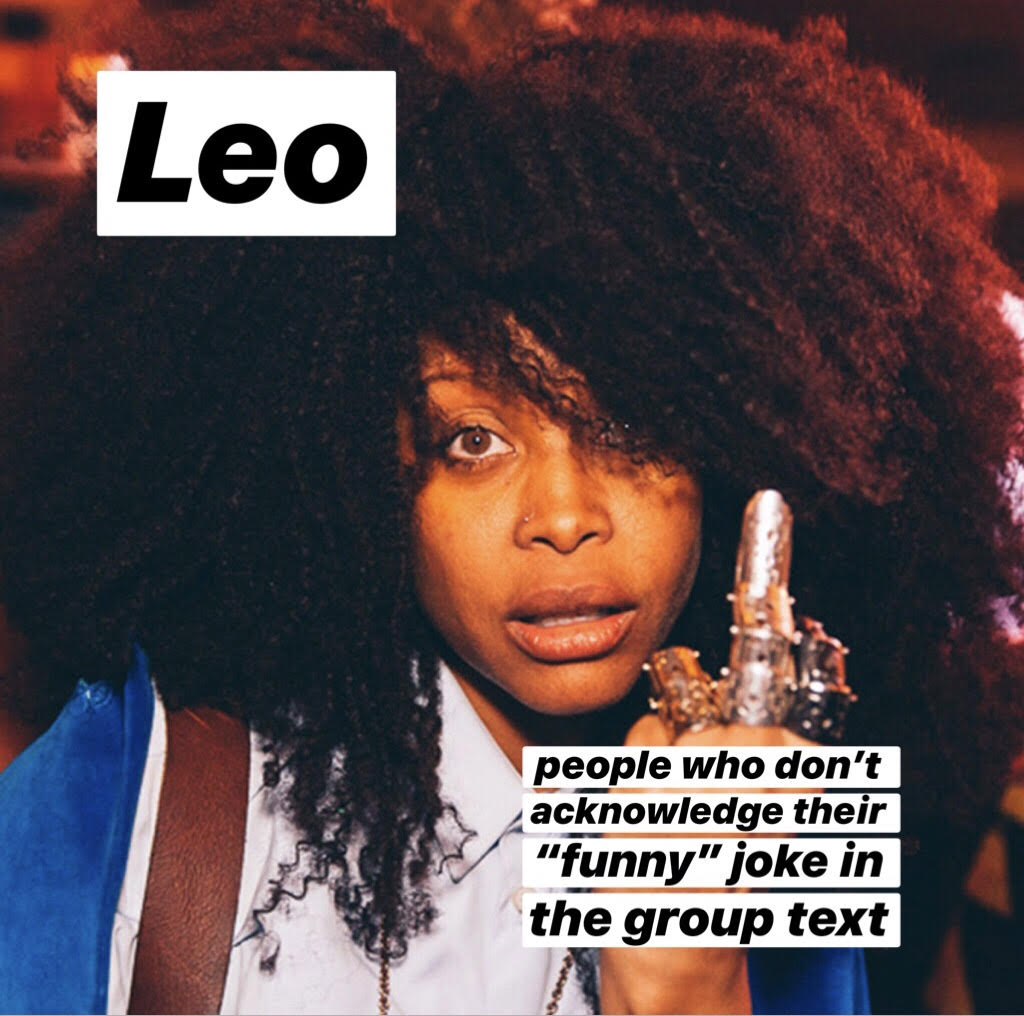 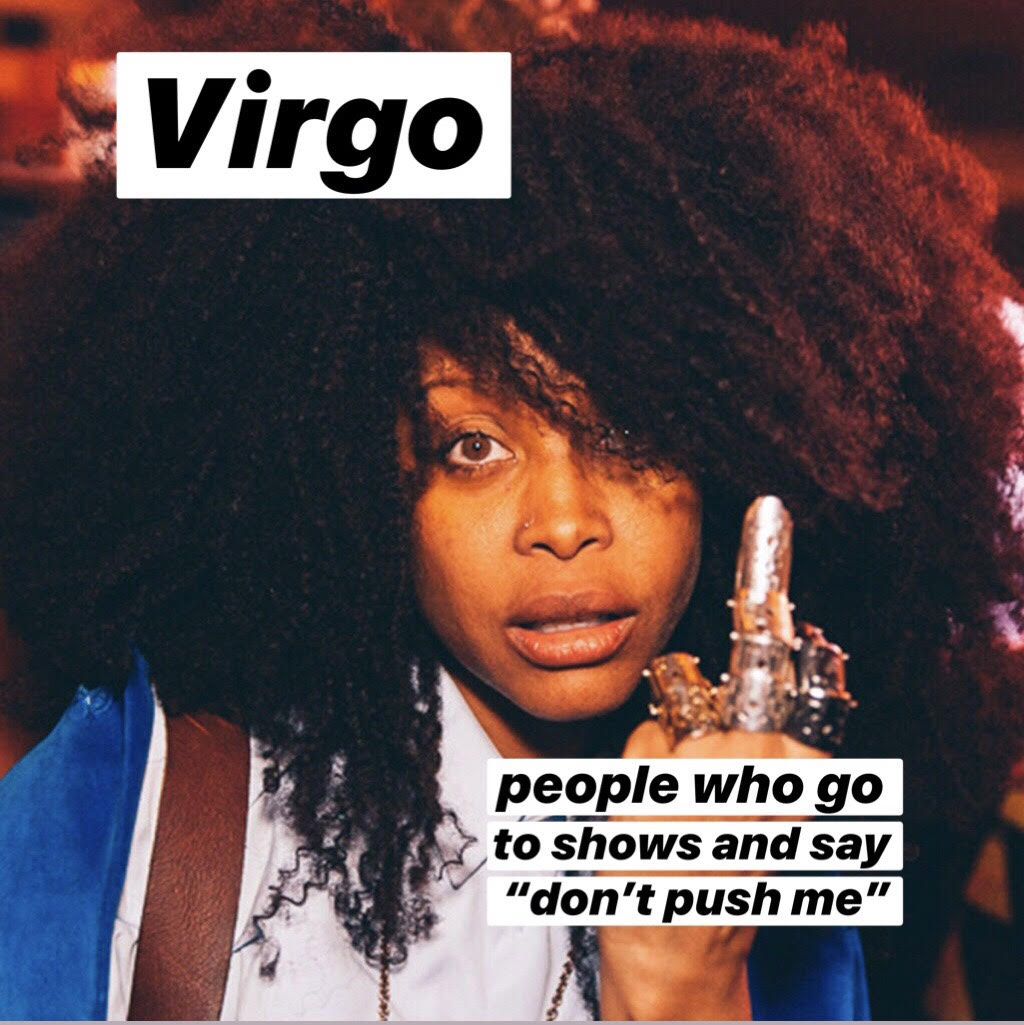 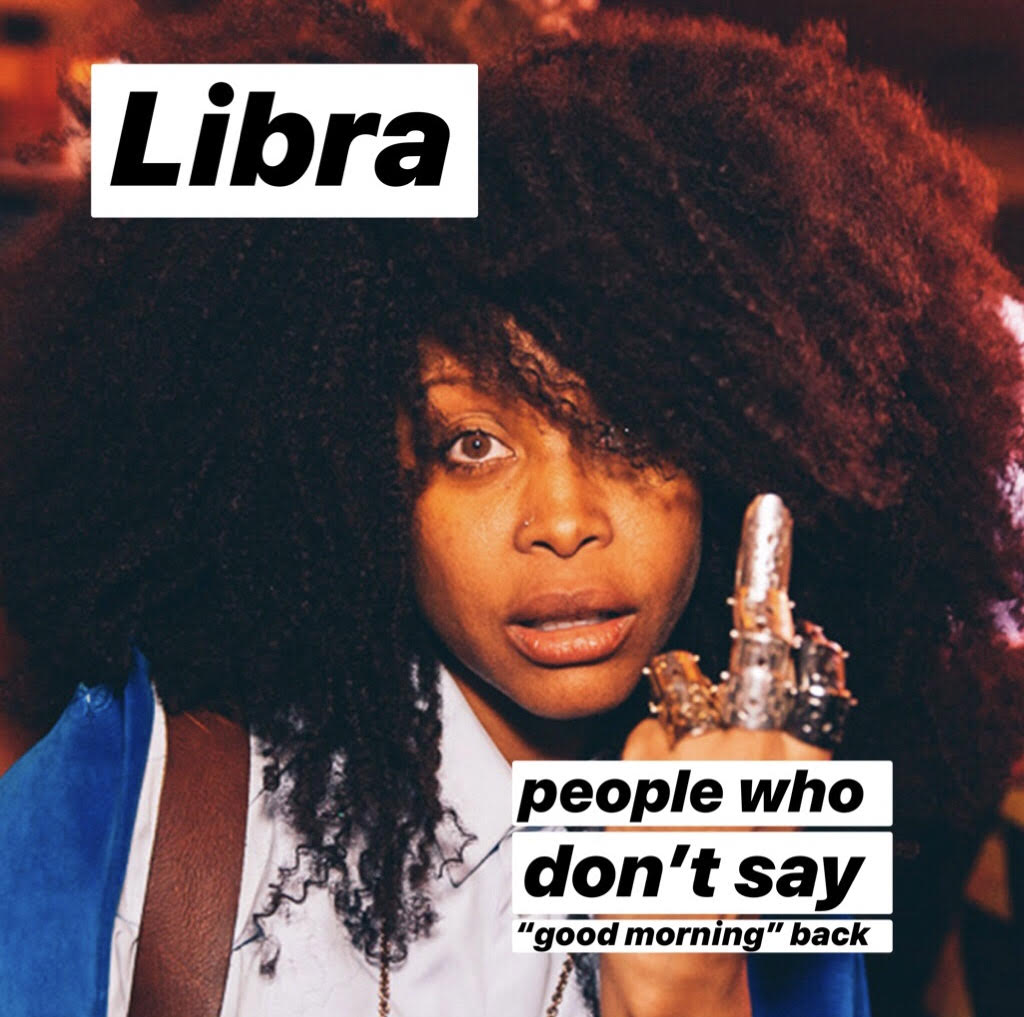 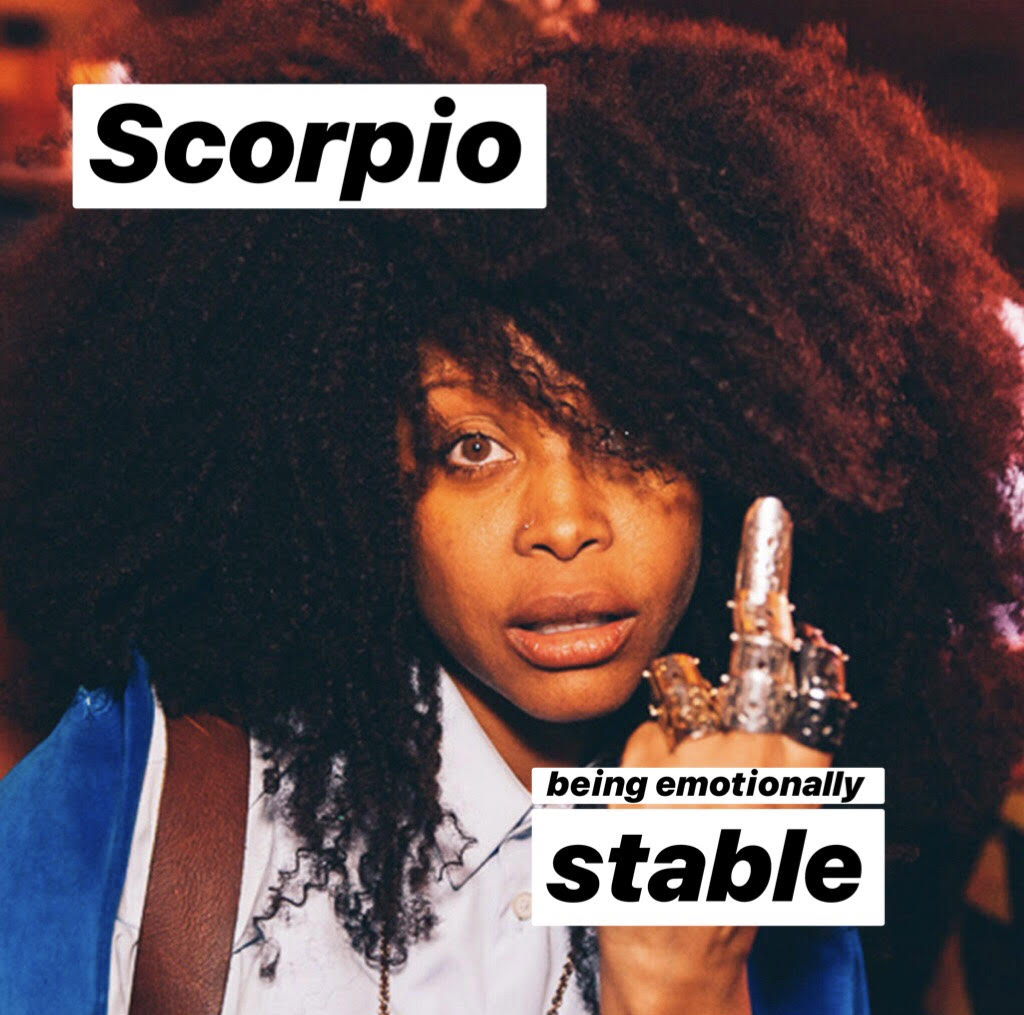 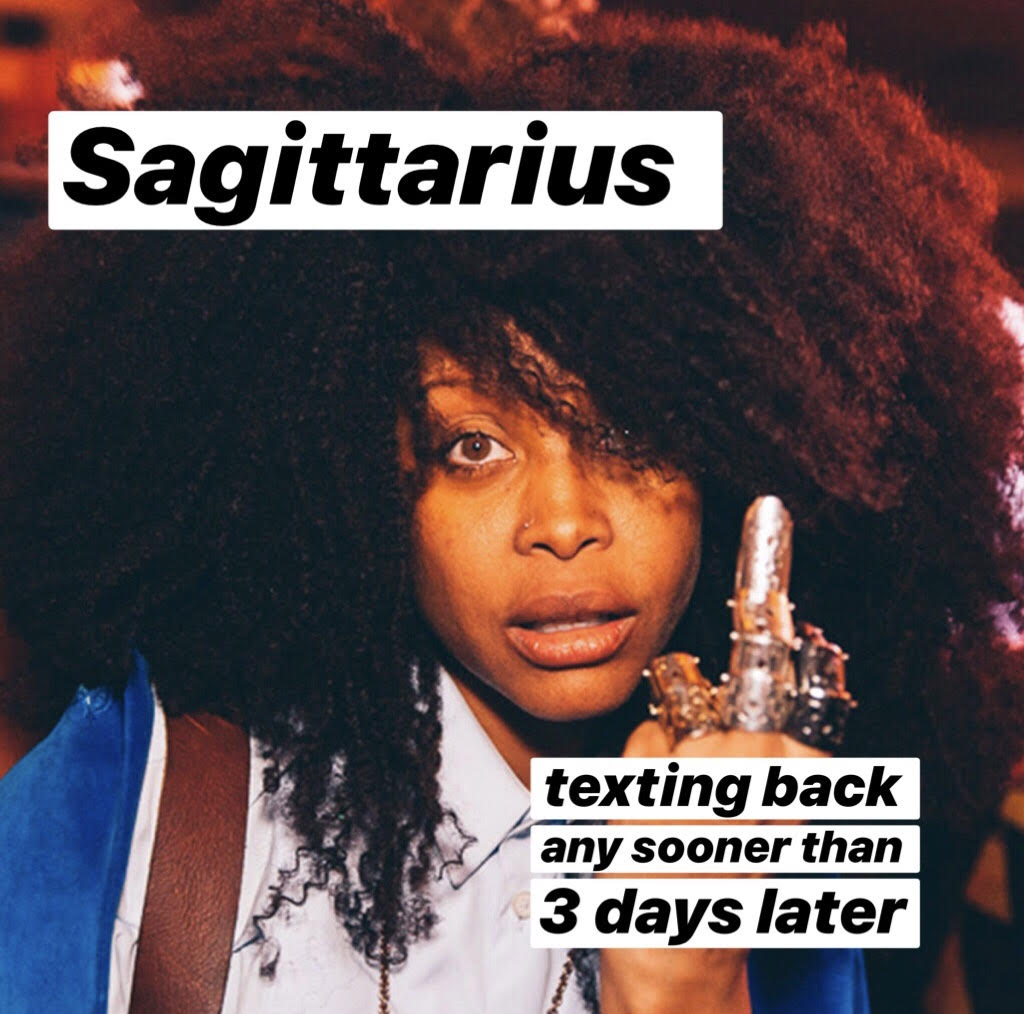