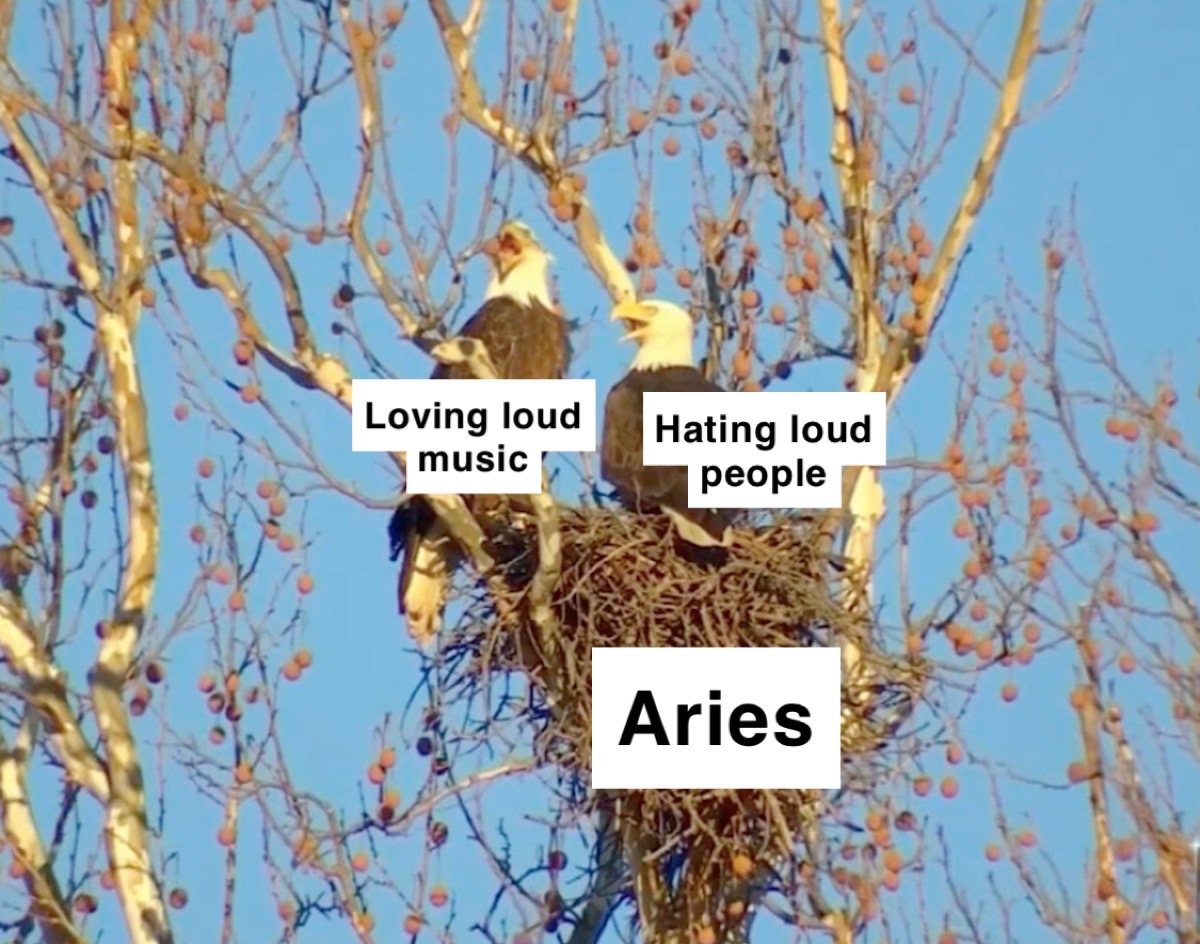 Much Like The White Rock Eagles Who Returned After Winds Toppled Over Their Nest, Here Are The Things That Will Always Be Part Of The Signs.

Buckle in because March 21 marked the first day of Aries SZN, which is supposed to be one of the more chaotic months of the year. Luckily, one-half of Central Track’s editors is an Aries, so we should be able to weather the storm.

While impulsive and often self-serving, those under this fire sign are also good catalysts for new beginnings. The topic of new beginnings reminded us of Nick and Nora, the two bald eagles nesting at White Rock Lake who had their nest knocked out of their tree by strong winds last month (RIP to their egg). Members of the community feared that the eagles would leave the area, but as reported by NBC, the aquiline couple have resettled into a new nest near the original spot.

So in honor of new beginnings this SZN, we nabbed a screenshot from NBC‘s report of the eagles enjoying their new home — which got us thinking of what two things are solidified within each sign no matter how hard their nest (self) gets throttled.

And as you’ll see, they’re all contradictory, because humans are fickle beings.

Inside you there are two eagles. 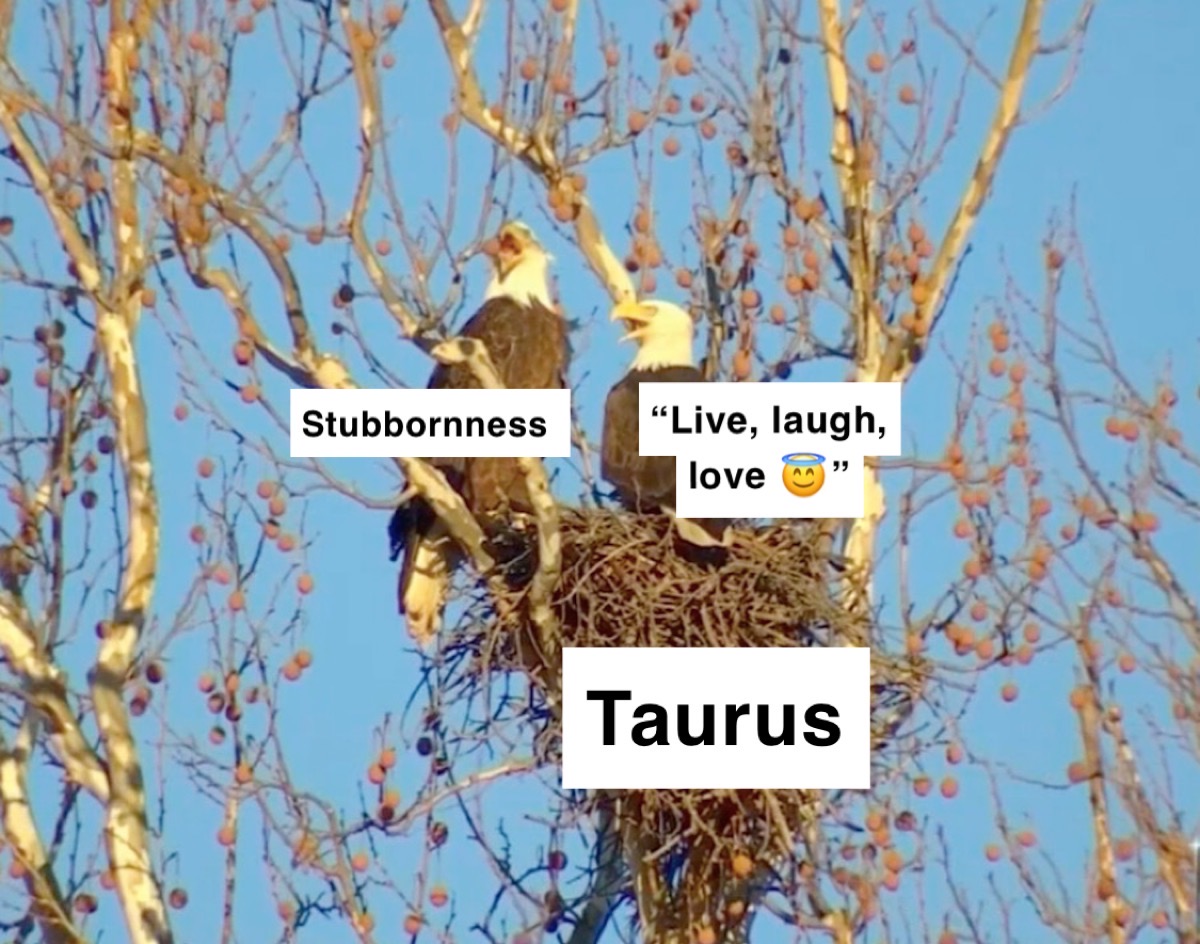 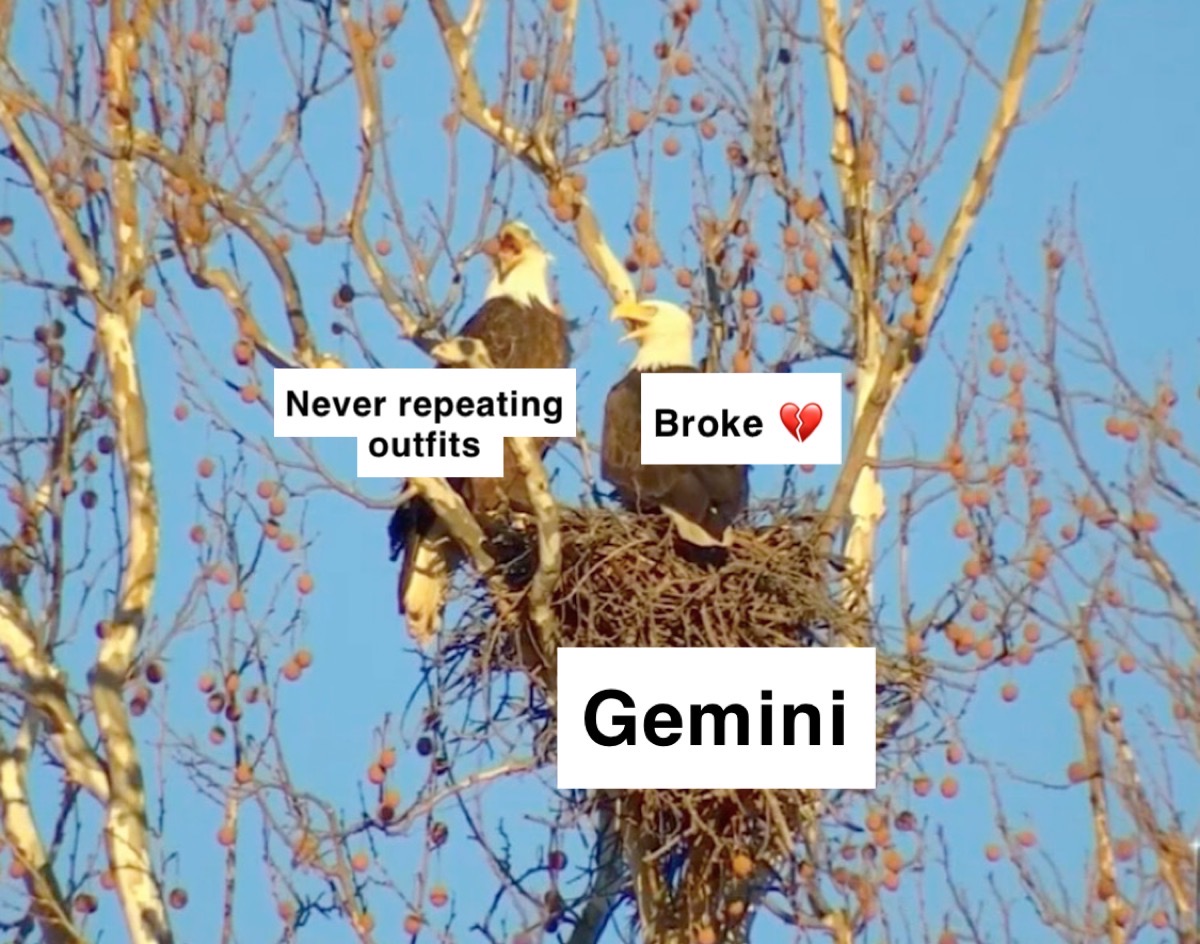 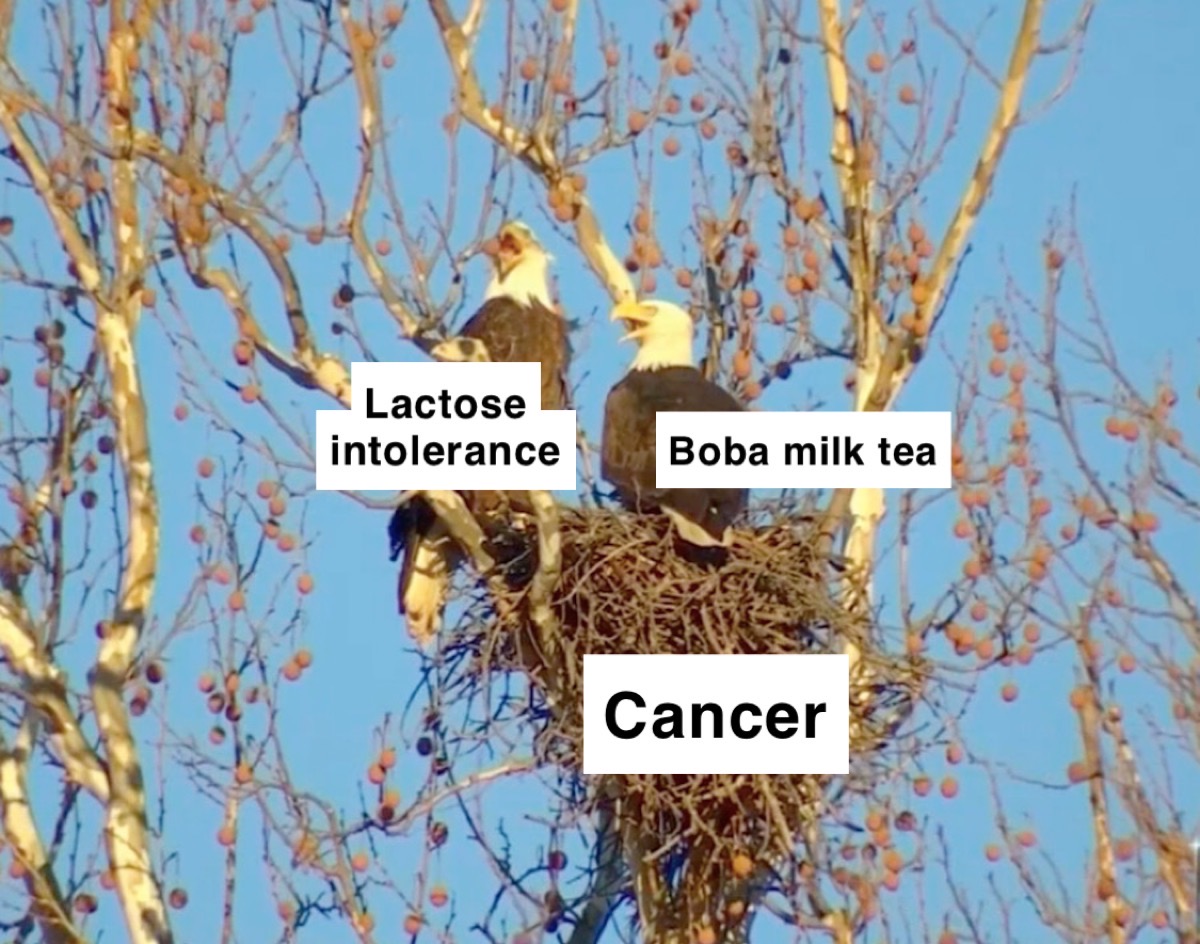 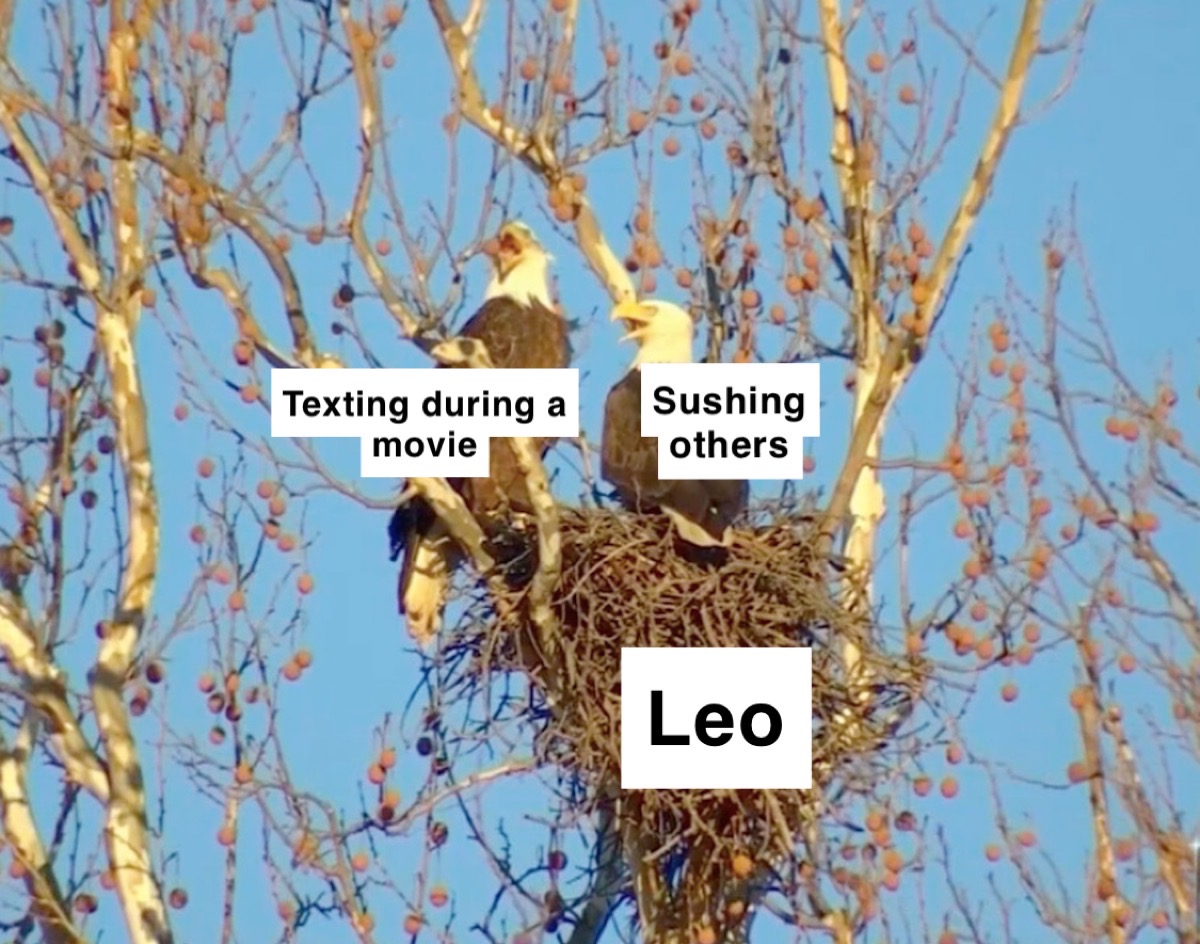 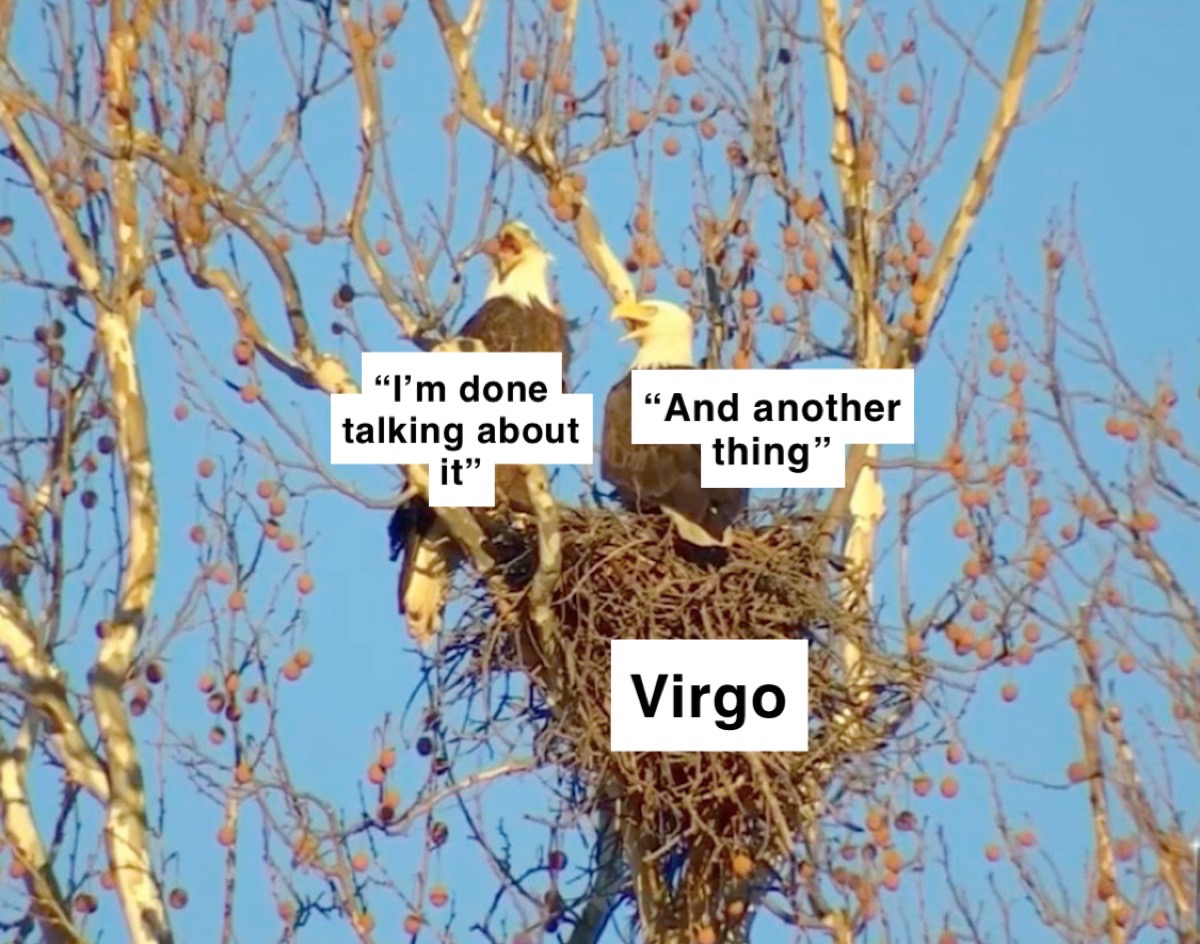 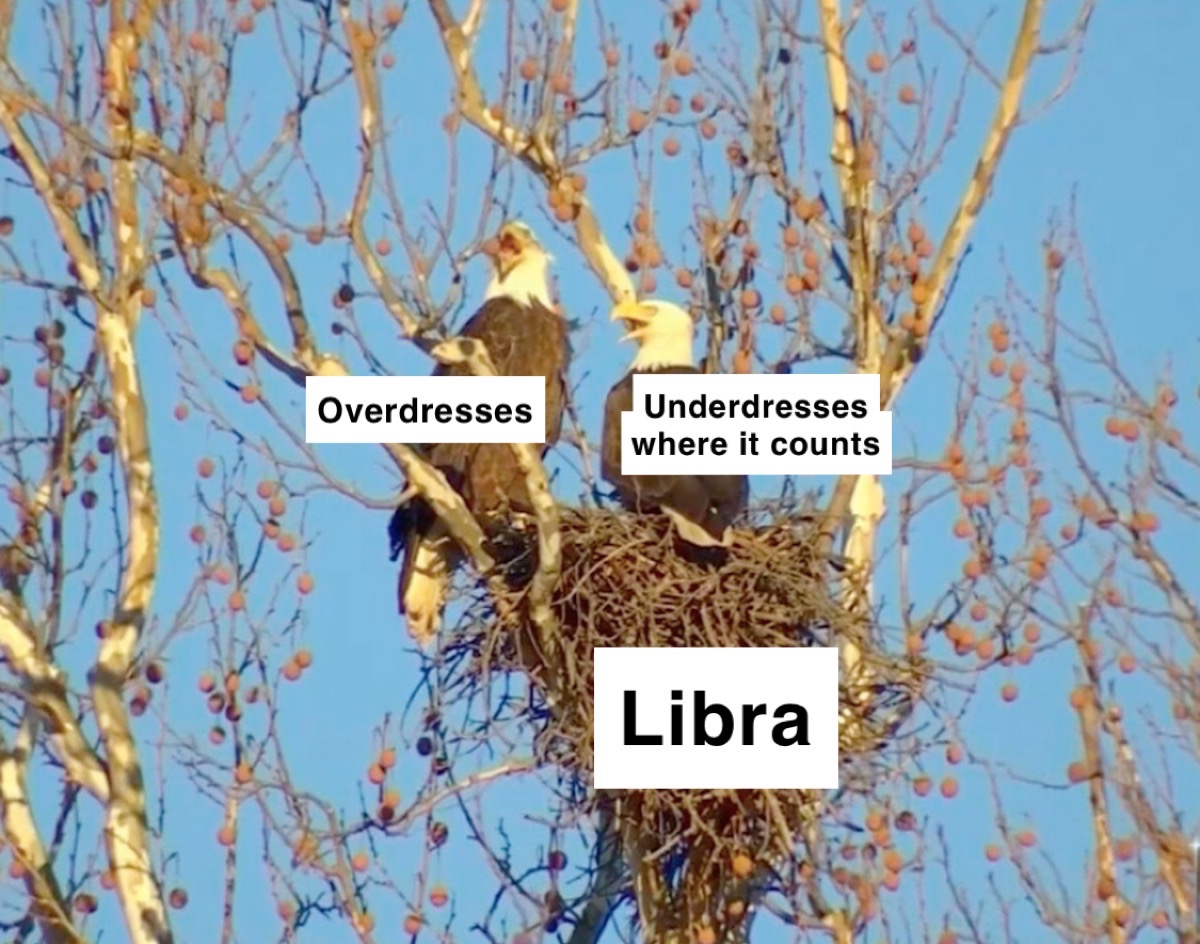 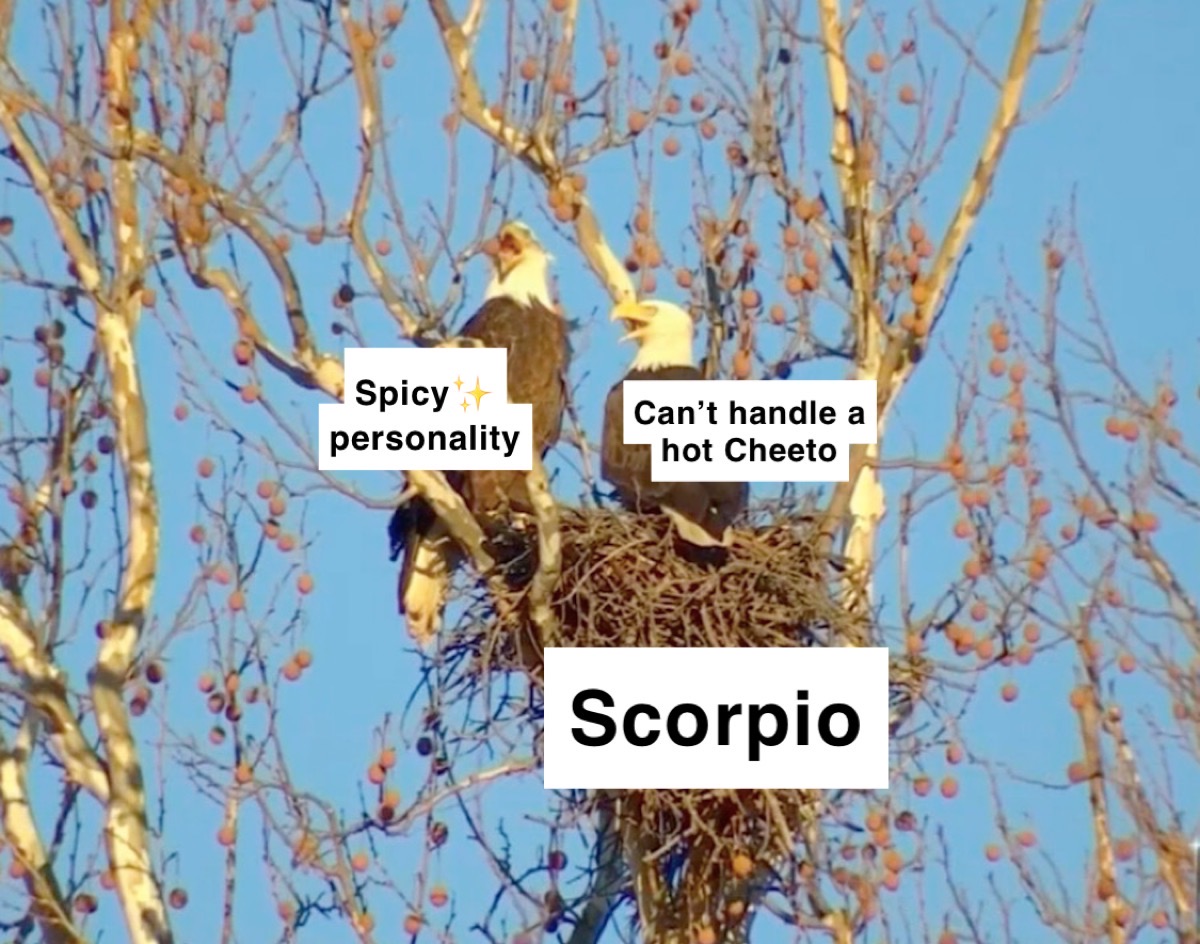 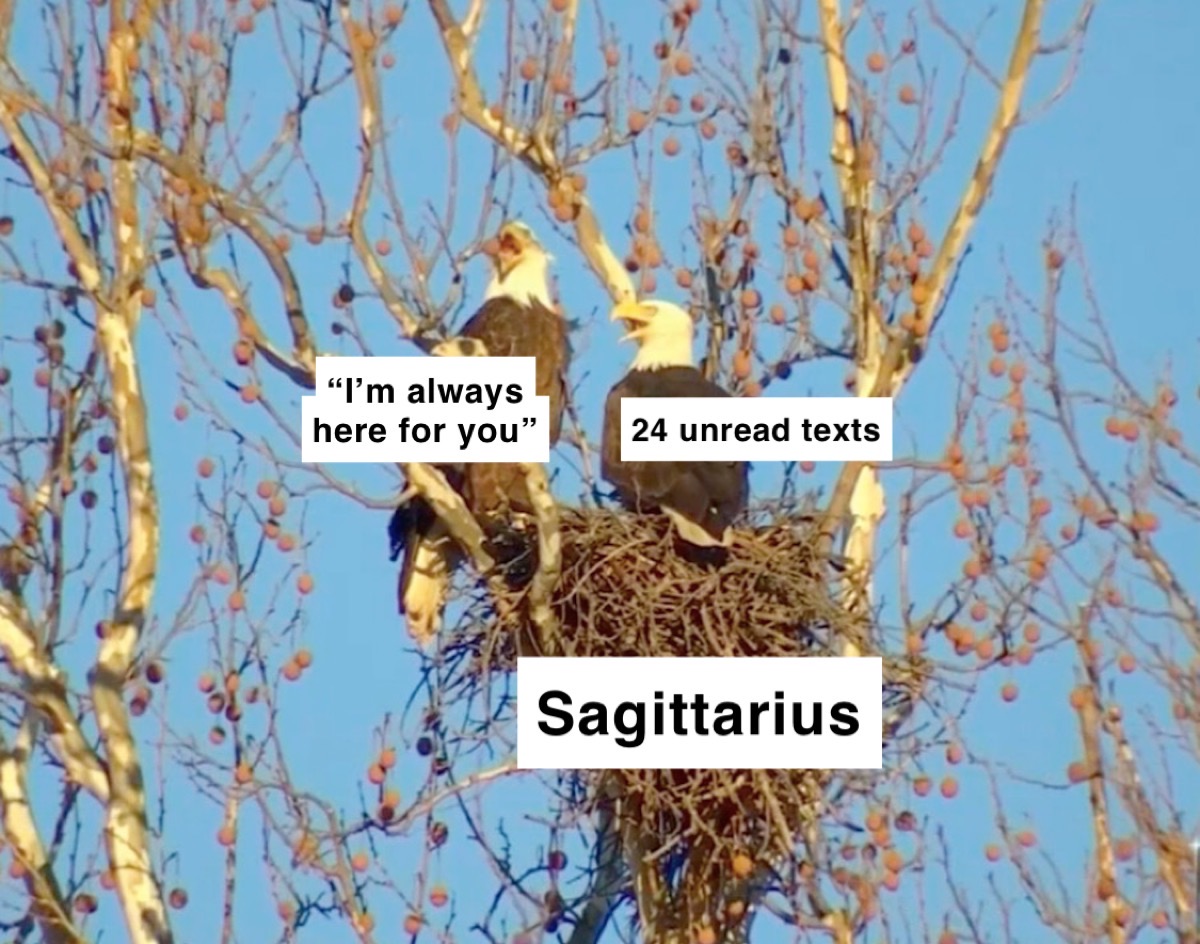 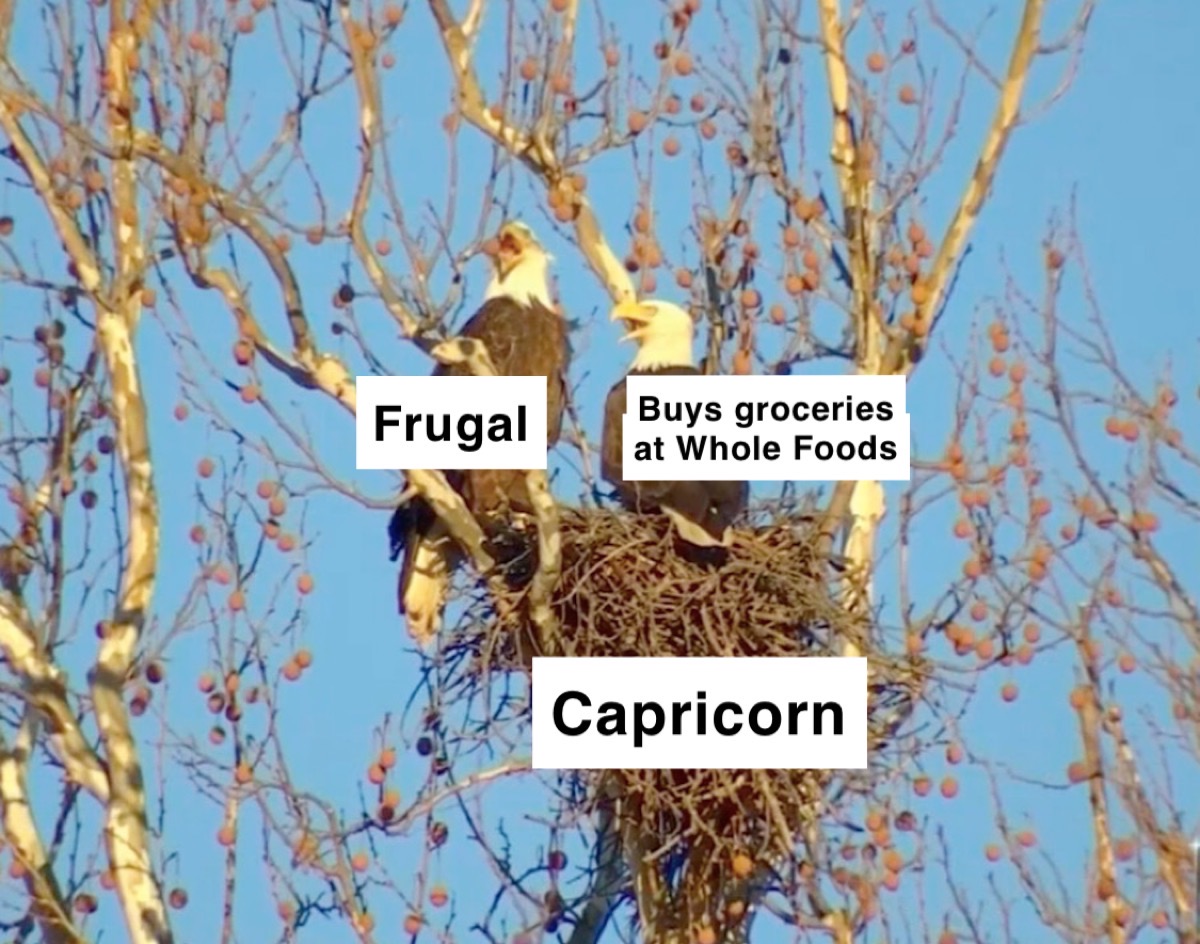 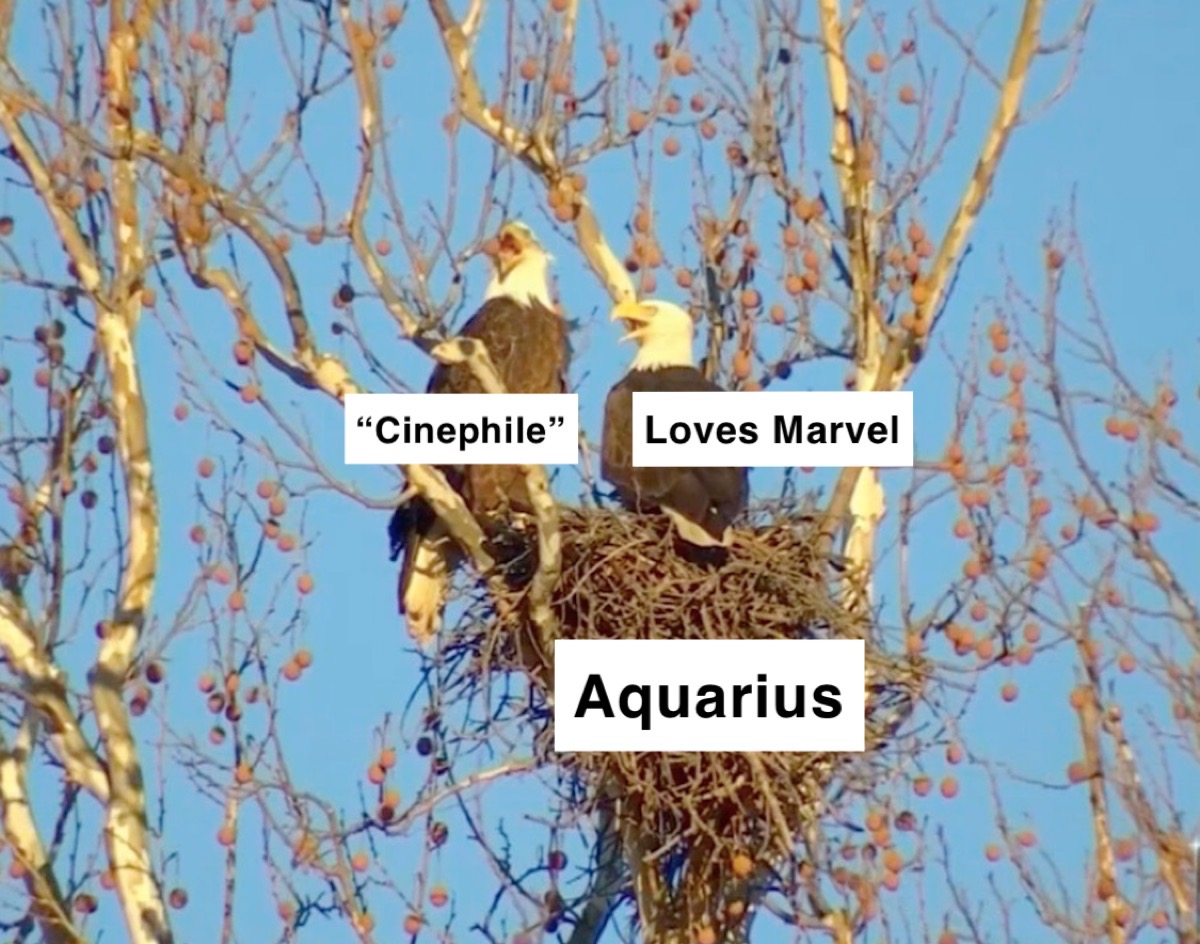 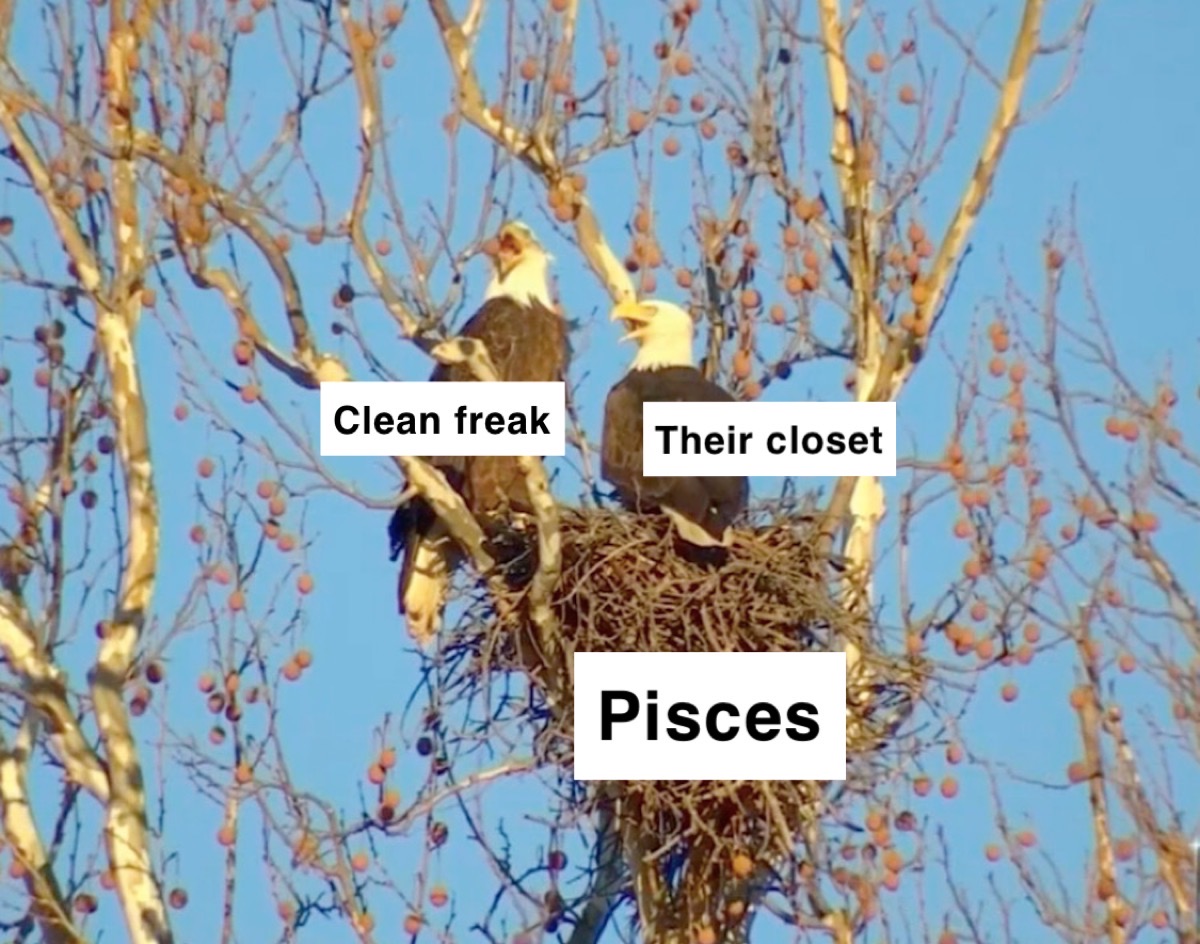