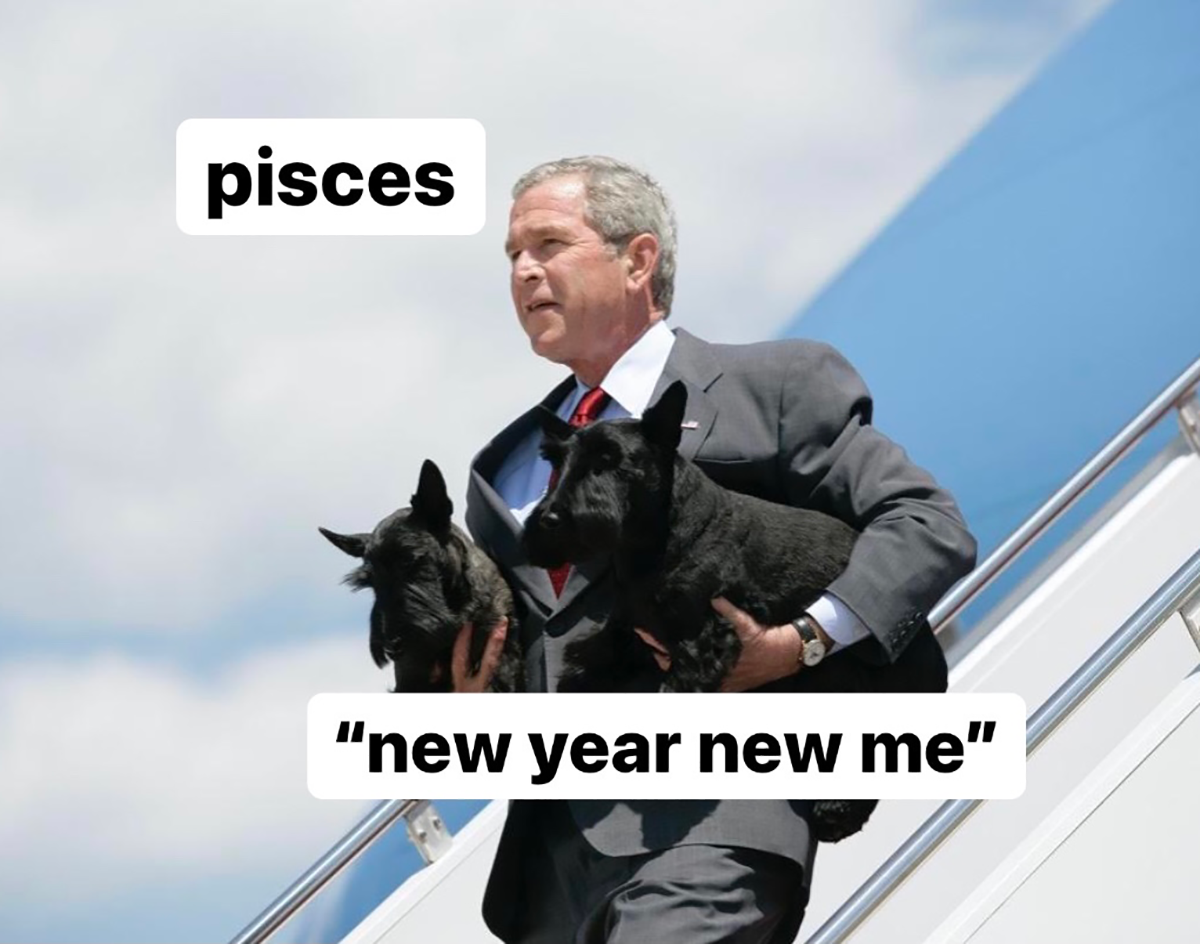 After All The Misery 2020 Put Us Through, Capricorn Season is Leading Us Into The New Year With New Energy & Help From Dallas’ Most Notorious War Criminal.

There’s good news ahead, though: The stars don’t really point to another gravely turbulent year like they did in 2020. Granted, we will almost certainly continue to face challenges with social unrest and climate change, but things do look as if they’ll slow down just a little bit overall.

Hopefully, you’re already feeling this change. After all, we’re in the middle of Capricorn season, which brings pragmatism and a no-bullshit approach to life. And we’re quite lucky for that. We’ve put up enough during these last nine or so months of the still-ongoing pandemic, don’t you think?

While some of you are likely to remain skeptical — someone has to! — that won’t stop the stars. Since we last checked in, the new moon solar eclipse, which always marks a new beginning, happened in Sagittarius on December 14. And, hey, guess what new beginning also took place on December 14? The electoral college vote certified Joe Biden’s victory.

Speaking of presidents: For this edition of Dallastrology, we decided to enlist the help of Dallas’ own “Dubya” and his precious, now-deceased Scottish terriers Barney and Miss Beazley.

Thanks to public moments with his friends Michelle Obama and Ellen DeGeneres in recent years, there has been a bizarre campaign to rewrite Bush’s character (he’s a Cancer, by the way) as both friendly and pure. To be clear, that is not our goal here.

We’re simply recognizing him as a Dallas resident who is carrying something in this photo that fits theme of carrying energy into the new year, OK?

Besides, we’re sure Barney and Beazley would like to be excluded from the “Bush did 9/11” narrative.

Below, find the energy your sign is carrying into 2021. 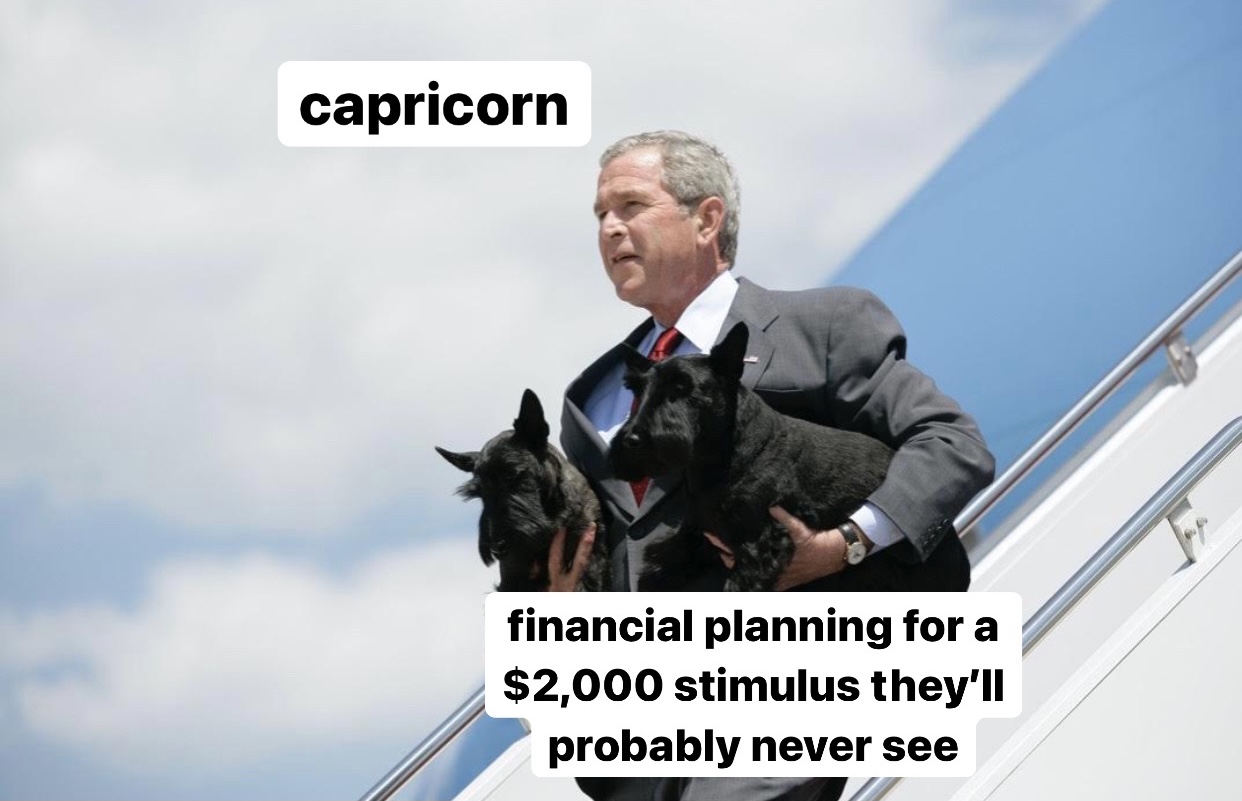 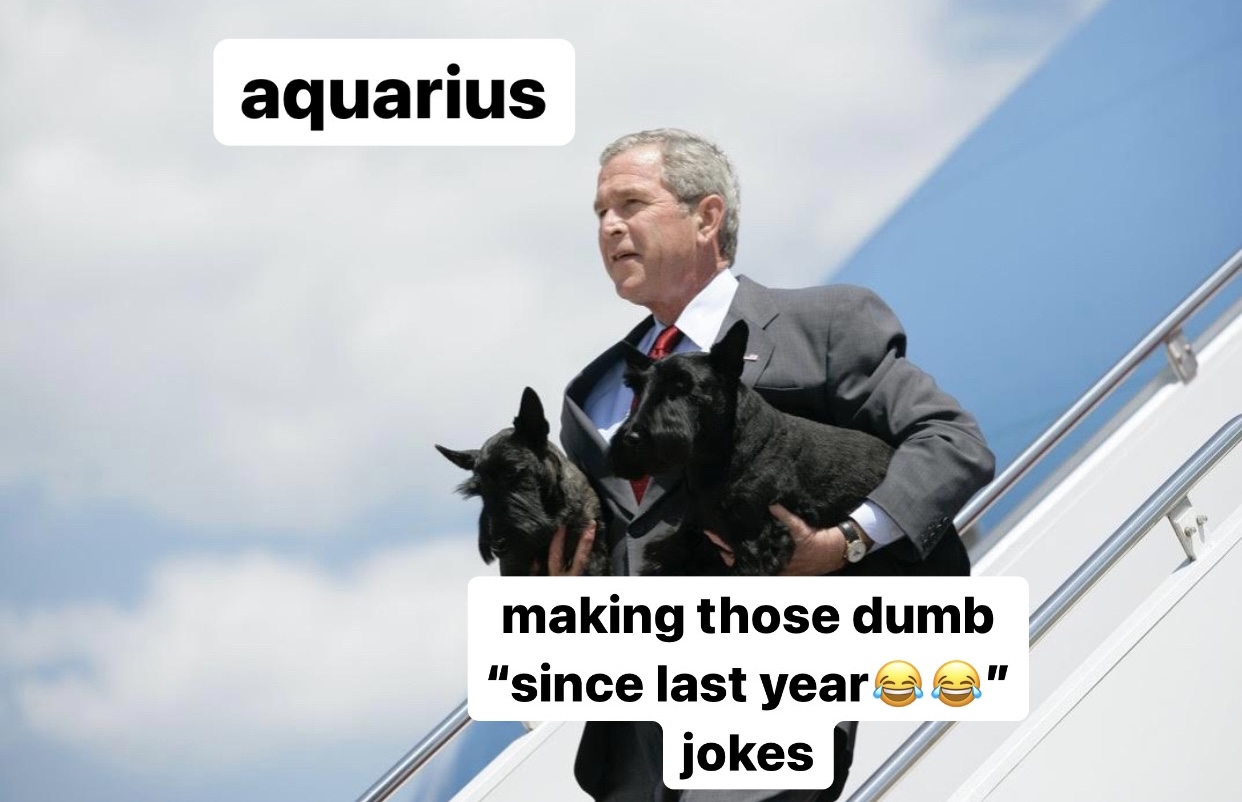 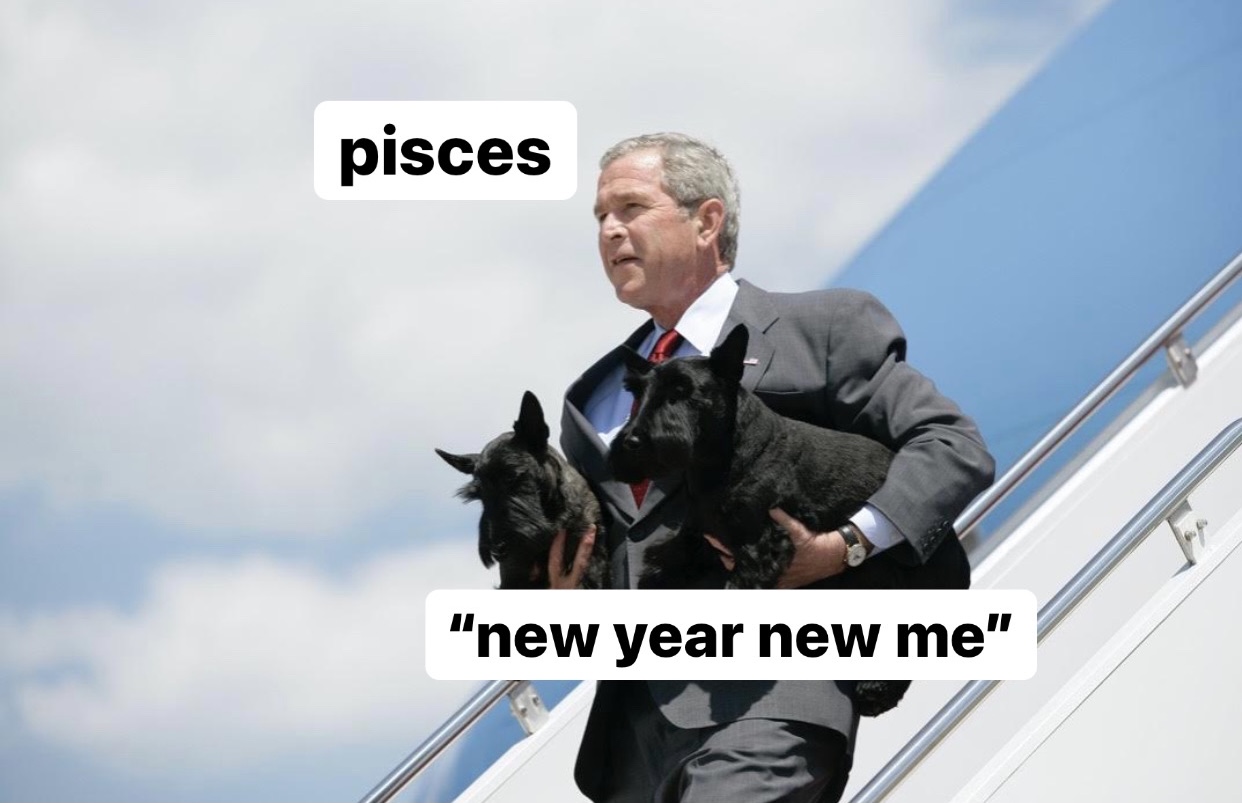 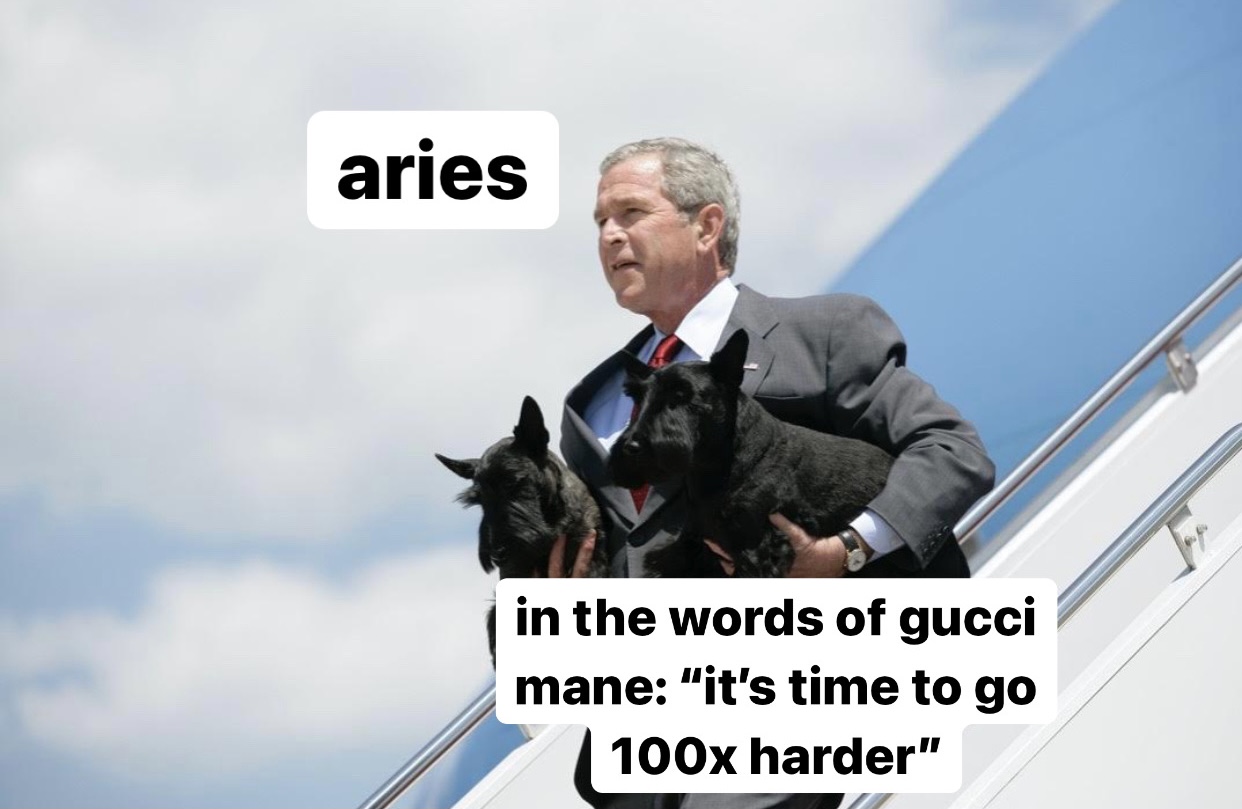 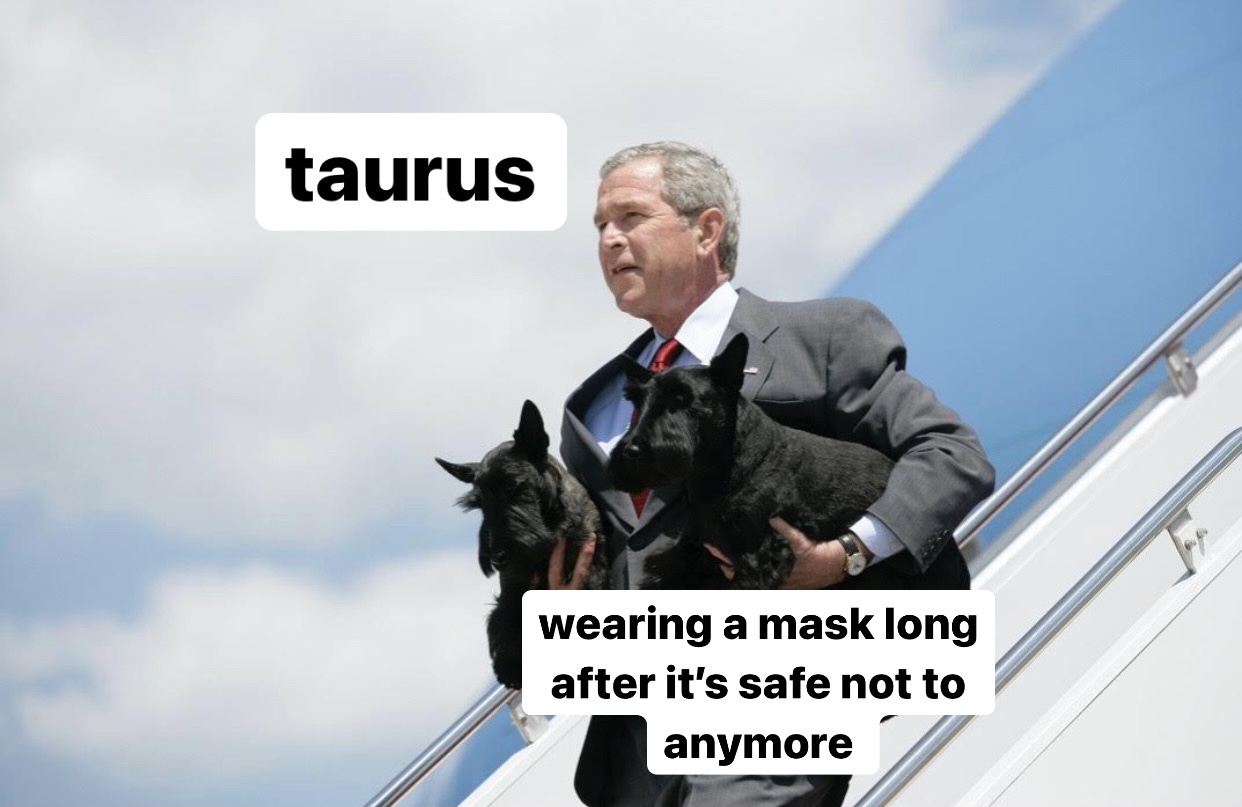 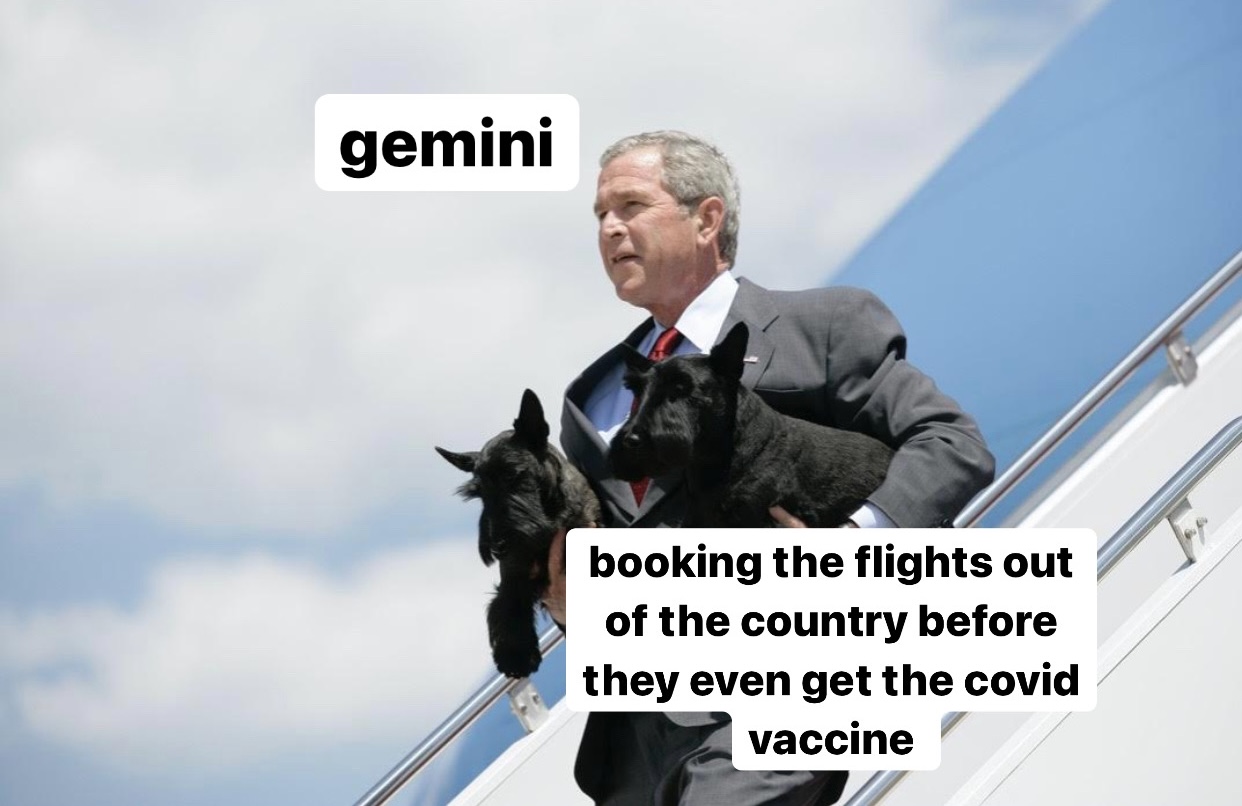 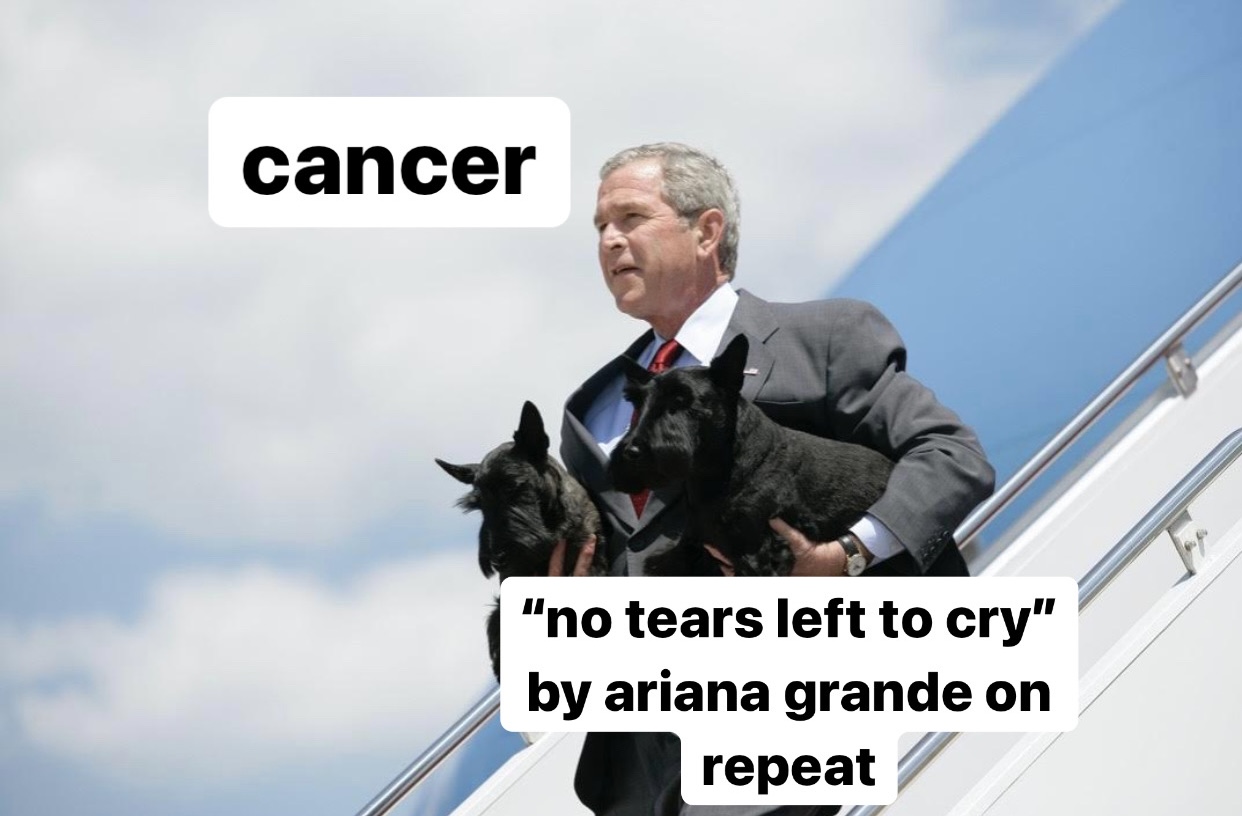 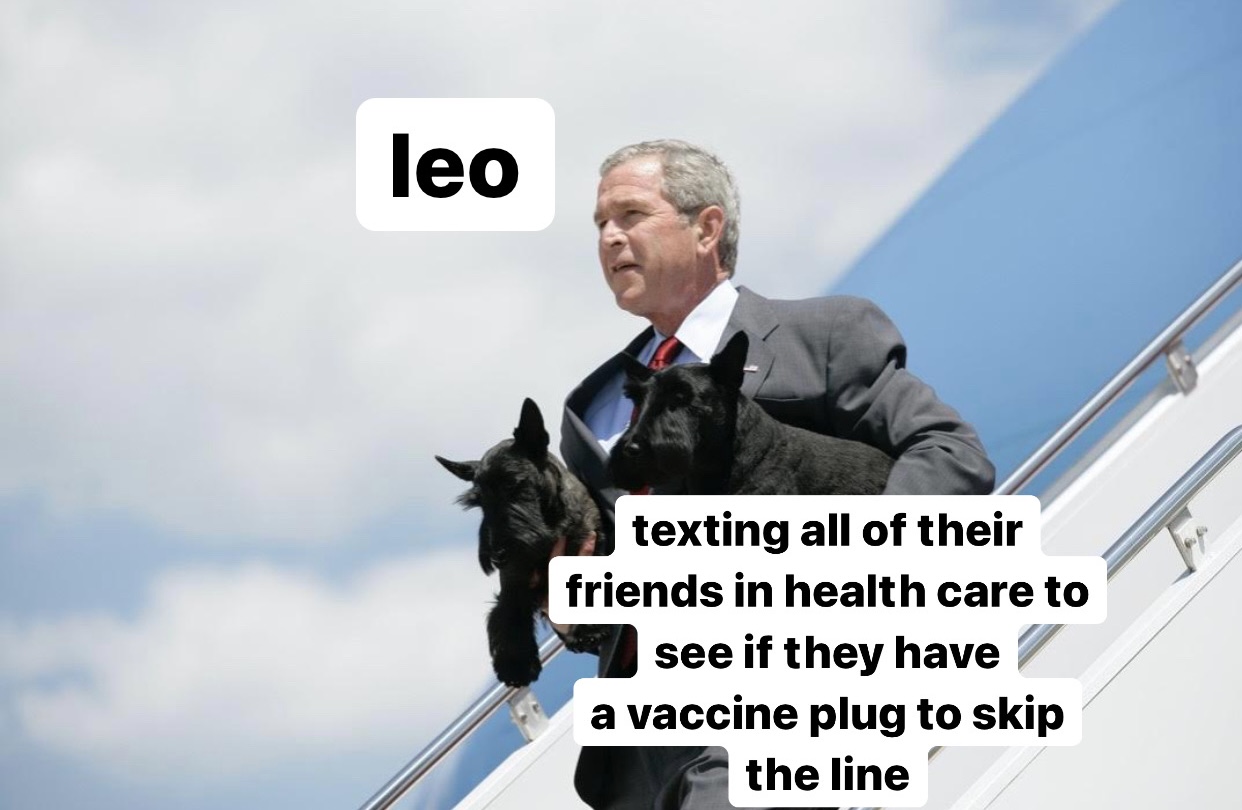 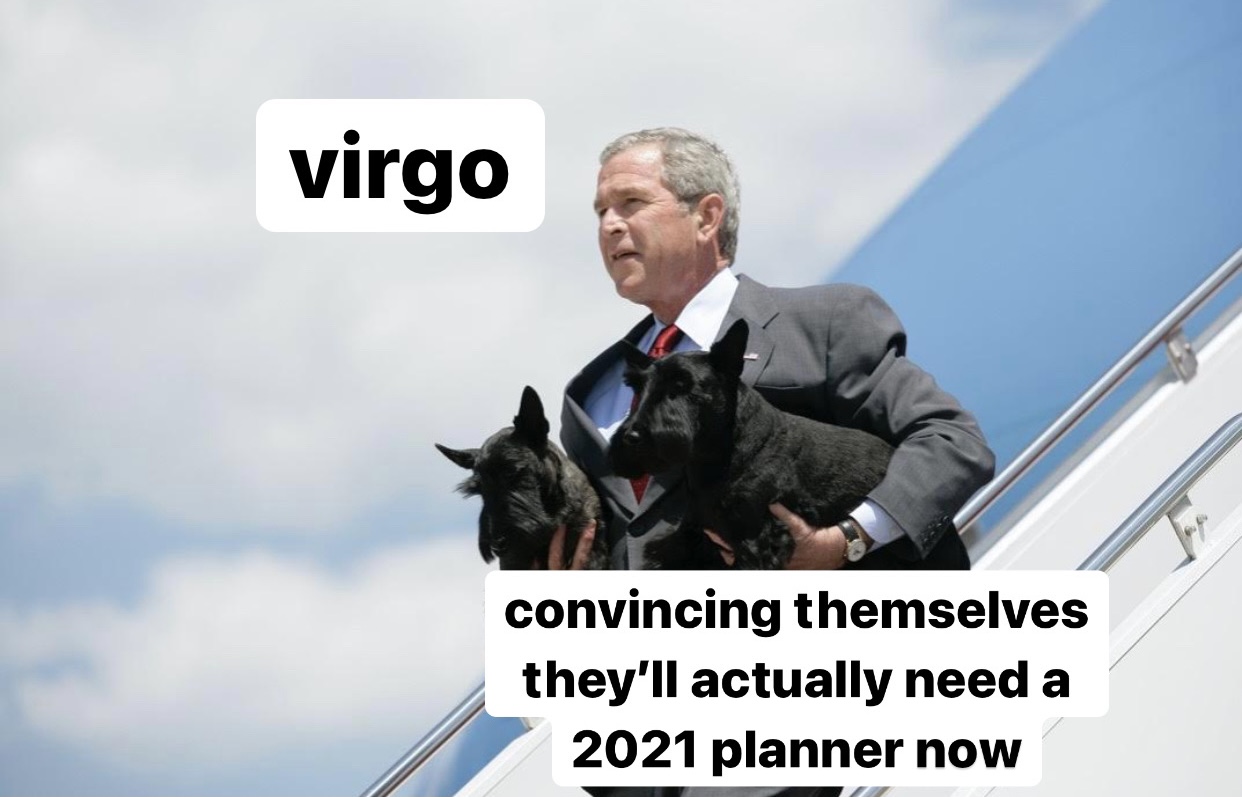 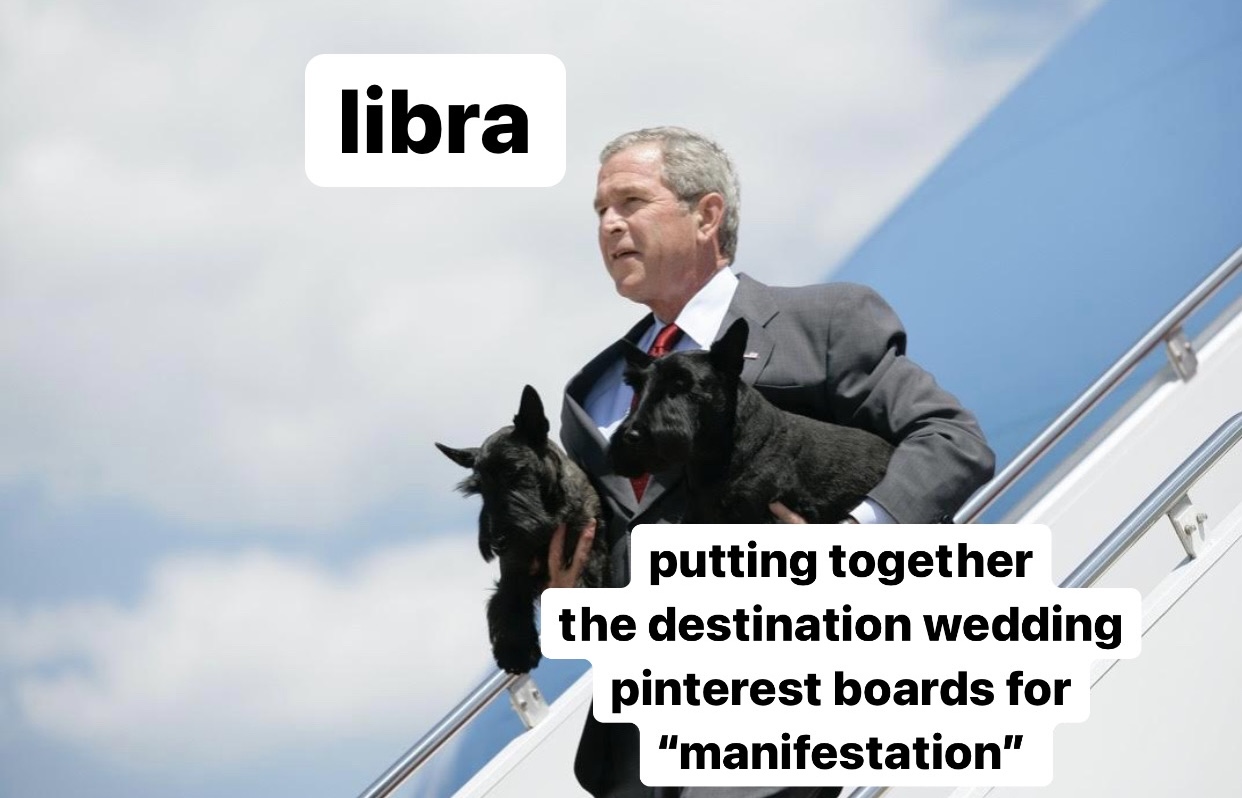 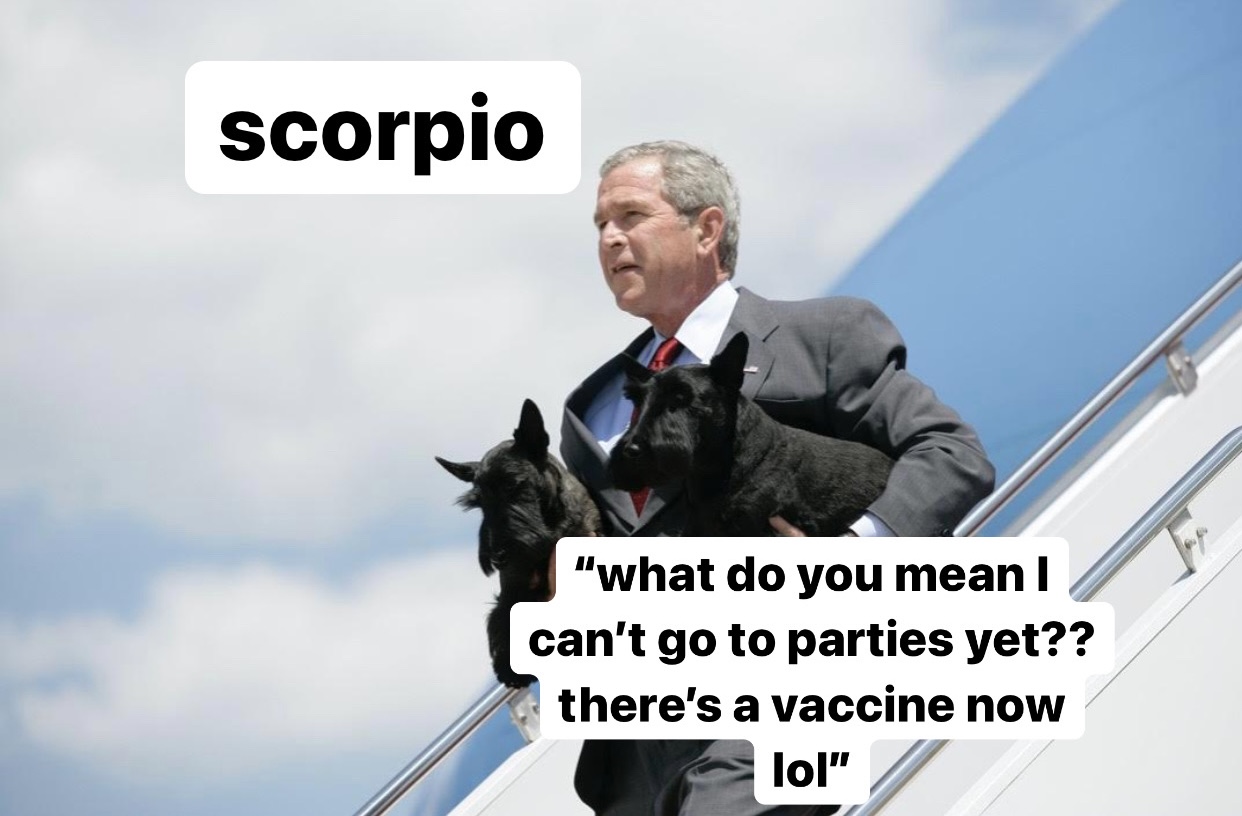 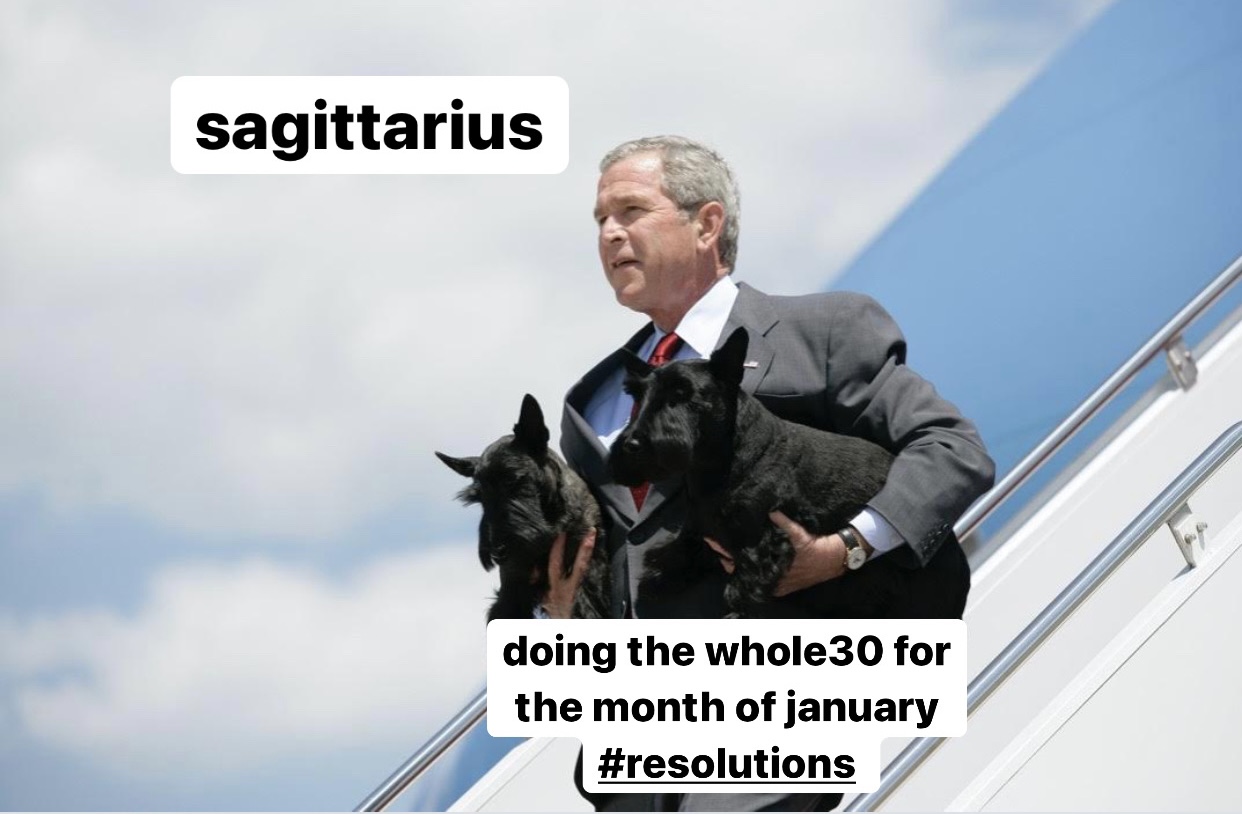