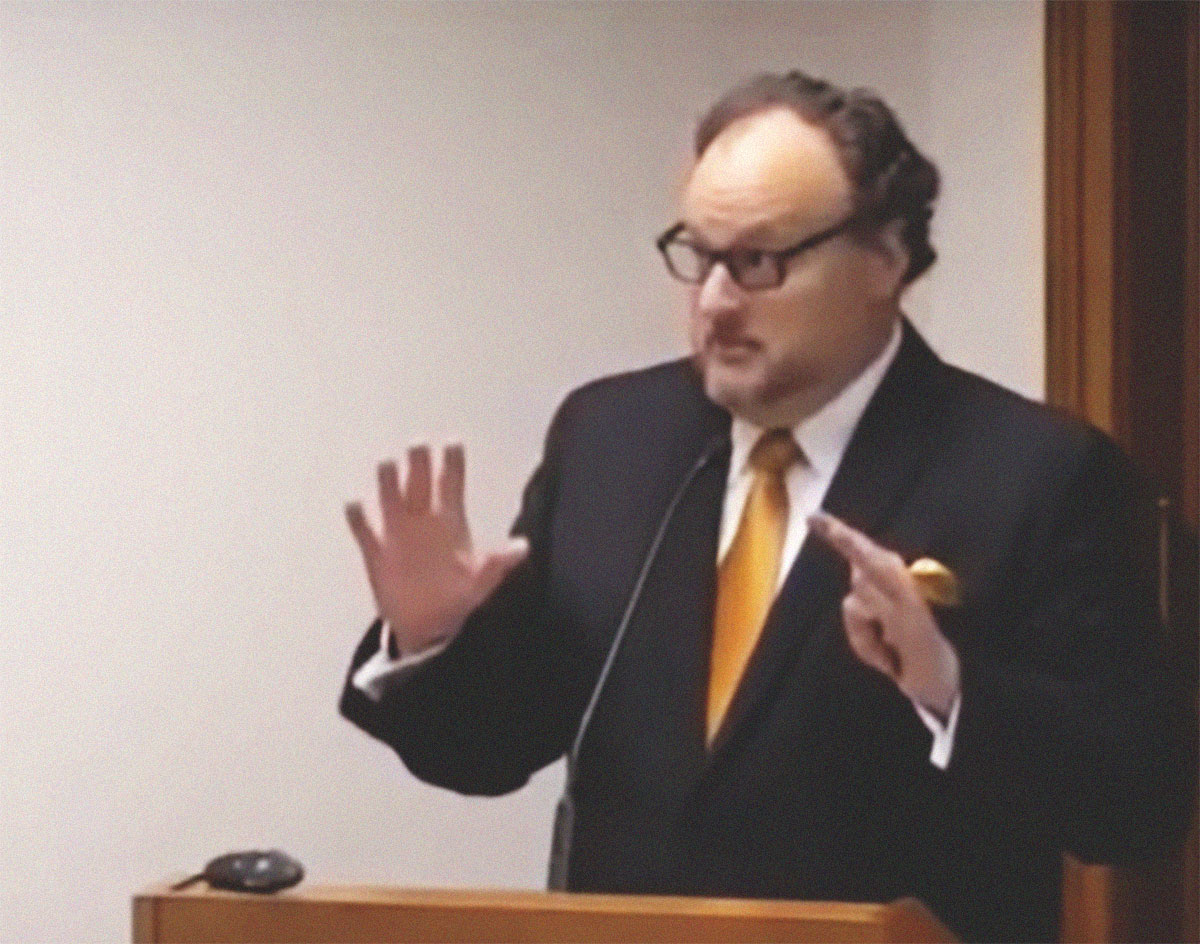 Back in 2016, we caught up with happenings of the noted Dallasite known as Jovan Hutton Pulitzer (formerly known as J. Jovan Philyaw) after having noticed that the inventor of the CueCat was at that time spending his days somehow working as a treasure hunter on The History Channel’s The Curse of Oak Island.

(We also noted how he owns a massive collection of crystals that has been amassed from “Russia to China and all points around the world,” and that he also released the literary masterpiece How to Cut Off Your Arm and Eat Your Dog: Plus, Other Recipes for Survival, but that’s neither here nor there.)

Well, you’ll never believe it: He is engaging in the media hype that surrounds Donald Trump.

Since last week, he’s been encamped in Georgia, arguing that ballots — and the voting machines that record them — can be subject to detectable nefarious activities that may have swayed the presidential election, despite other decisions to the contrary.

Pulitzer believes there was ample opportunity for international bad actors to commit fraud and submit counterfeit ballots that could have factored into the election’s outcome. He also believes he can prove as much if officials will just let him inspect each and every individual ballot cast in Georgia. He says he has the technology — “kinematic artifact detection,” he calls it — to inspect as many as 500,000 ballots every few hours, and thus the ability to identify thousands of counterfeit Georgia ballots by looking for the tale-tell signs of “kinematic artifacts,” which could show whether votes were cast on paper that came from China, were filled out by robots or were never folded properly for mail-in purposes.

Better yet (and even though he claims he, along with others in Georgia who are looking to uncover nefarious voting activity, is under attack for the effort), Pulitzer is offering to perform these tasks for free.

Anyway, Pulitzer testified to his ability to do all this during an election hearing in Georgia last week — and, boy, is the far-right internet eating it up!

Of course, his claim has since been refuted by both Georgia Secretary of State Brad Raffensperger and the creators of the voting platforms Georgia uses. They note that these systems’ WiFi capabilities are disabled prior to them being put in use, thus making any remote hacking efforts Pulitzer claims to have performed impossible. Yet others have disputed those claims, saying Pulitzer might be on to something.

For his part, Raffensperger — a Republican — slammed the Georgia Senate Judiciary Subcommittee on Elections for even allowing Pulitzer’s testimony last week, even going so far as to issue a statement specifically meant to discredit Pulitzer’s participation. In that statement, Raffensperger references Pulitzer’s past efforts with the CueCat, and also as a treasure hunter, to make his case.

Will Pulitzer’s most recent treasure hunt prove fruitful — or even allowed? That’s still to be determined, we suppose.

Regardless, here’s looking forward to seeing where our man ends up in another four years!

This piece was updated on January 5, 2020, to reflect clearer language regarding Pulitzer’s election efforts and also his past.