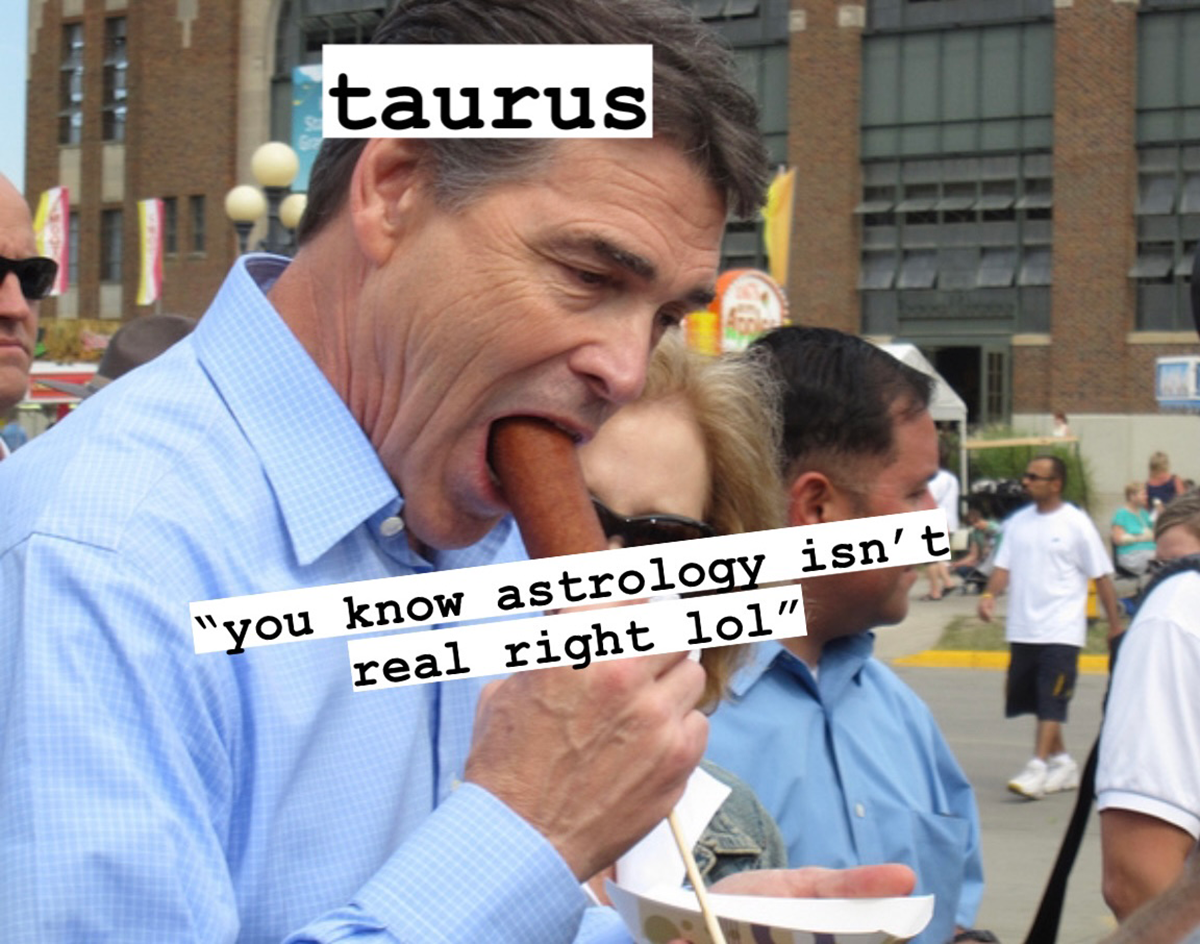 We Have Officially Entered Sagittarius Season, And For The First And Probably Last Time, We’re Following The Lead Of Rick Perry.

What hasn’t happened since we last checked in? President-elect Joe Biden has won the election like, 11 times since November 7, we finally have a glimpse of not one, but two effective COVID-19 vaccines and Mercury left retrograde earlier this month.

We aren’t going to jinx it, but we will say all you had to do was pay attention to the stars, as December 14 marks a solar eclipse, which just so happens to be the day every state’s electors gather to officially vote. In astrology, a solar eclipse represents a change or shift toward growth — a new beginning.

In a year that has been so cruel (we aren’t letting our guard down for any hogwash that might be crouching around the corner of this final stretch), we’re cautiously optimistic to take a bite out of any reprieve the stars have aligned for us. So, like former Texas Governor and proud homophobic bigot Rick Perry at the Iowa Fair, we’re taking a fat bite out of the delicious corndog that is Sagittarius season.

We all deserve it. 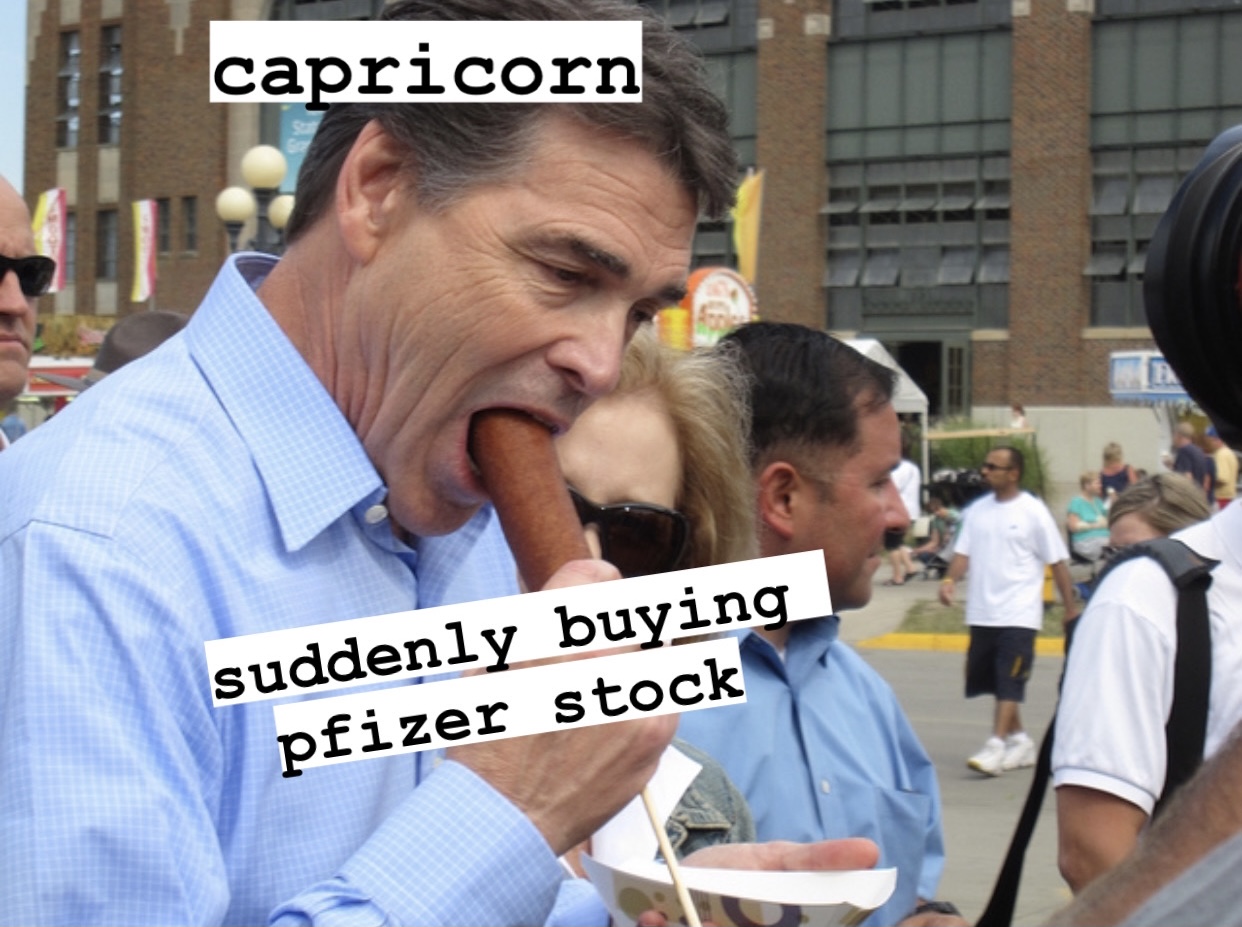 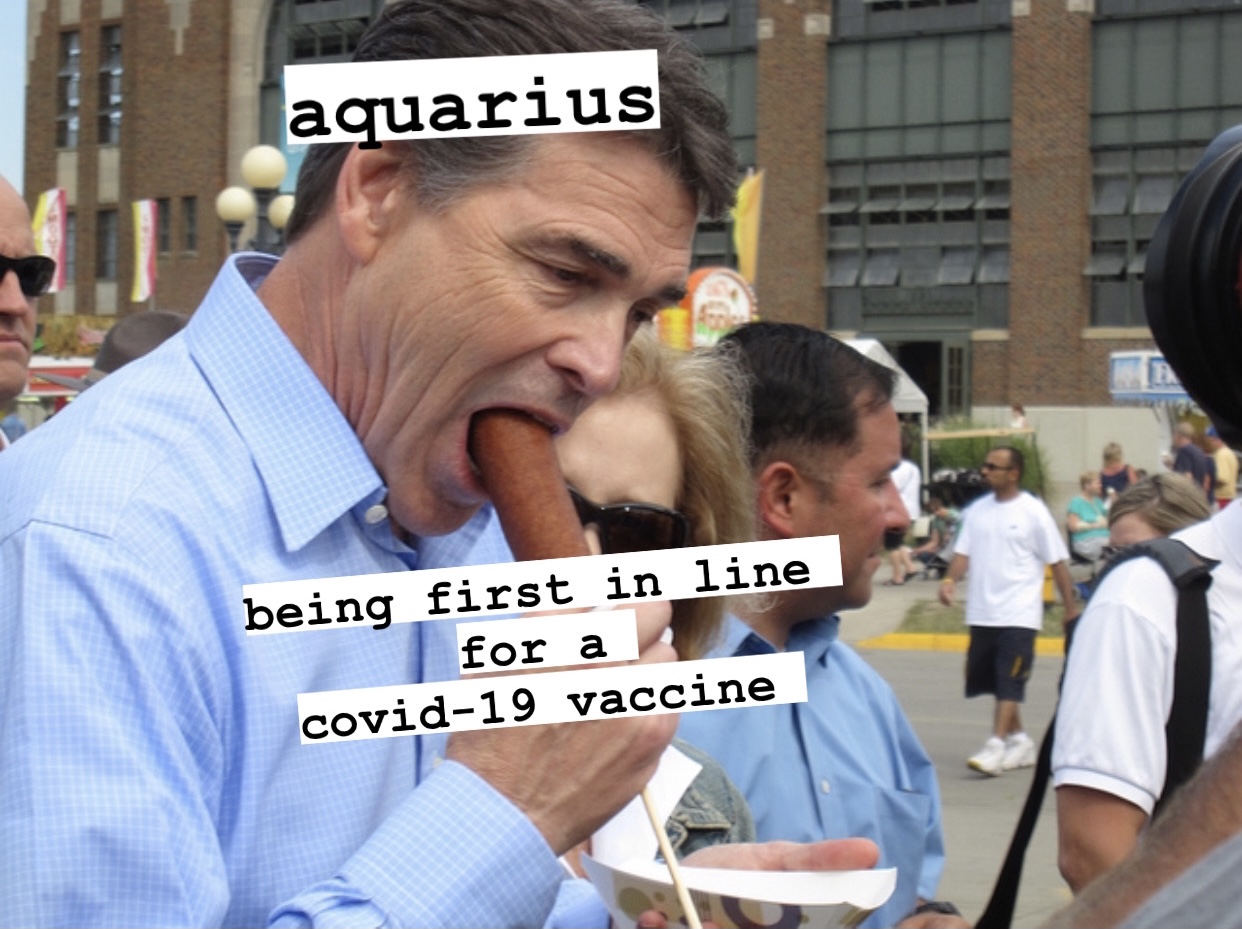 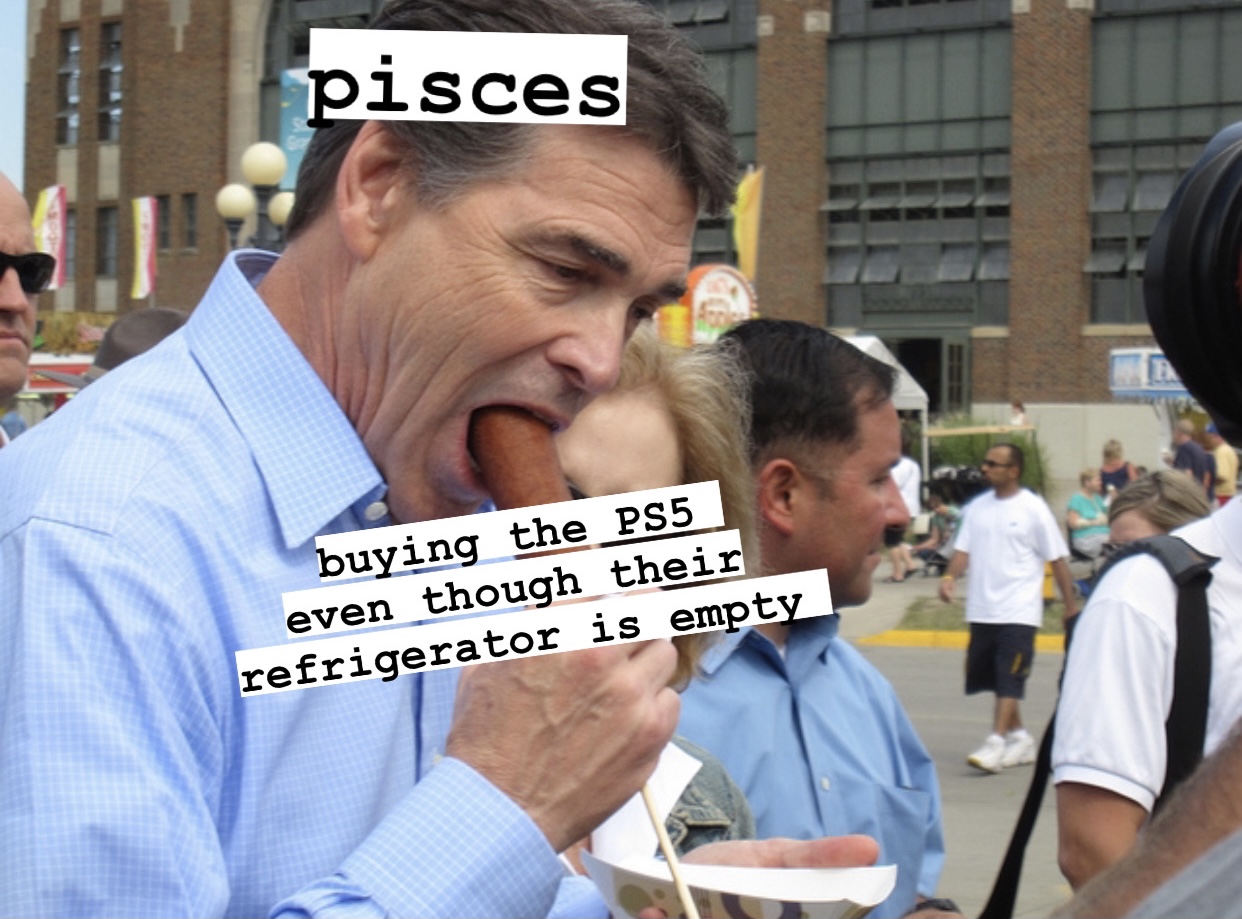 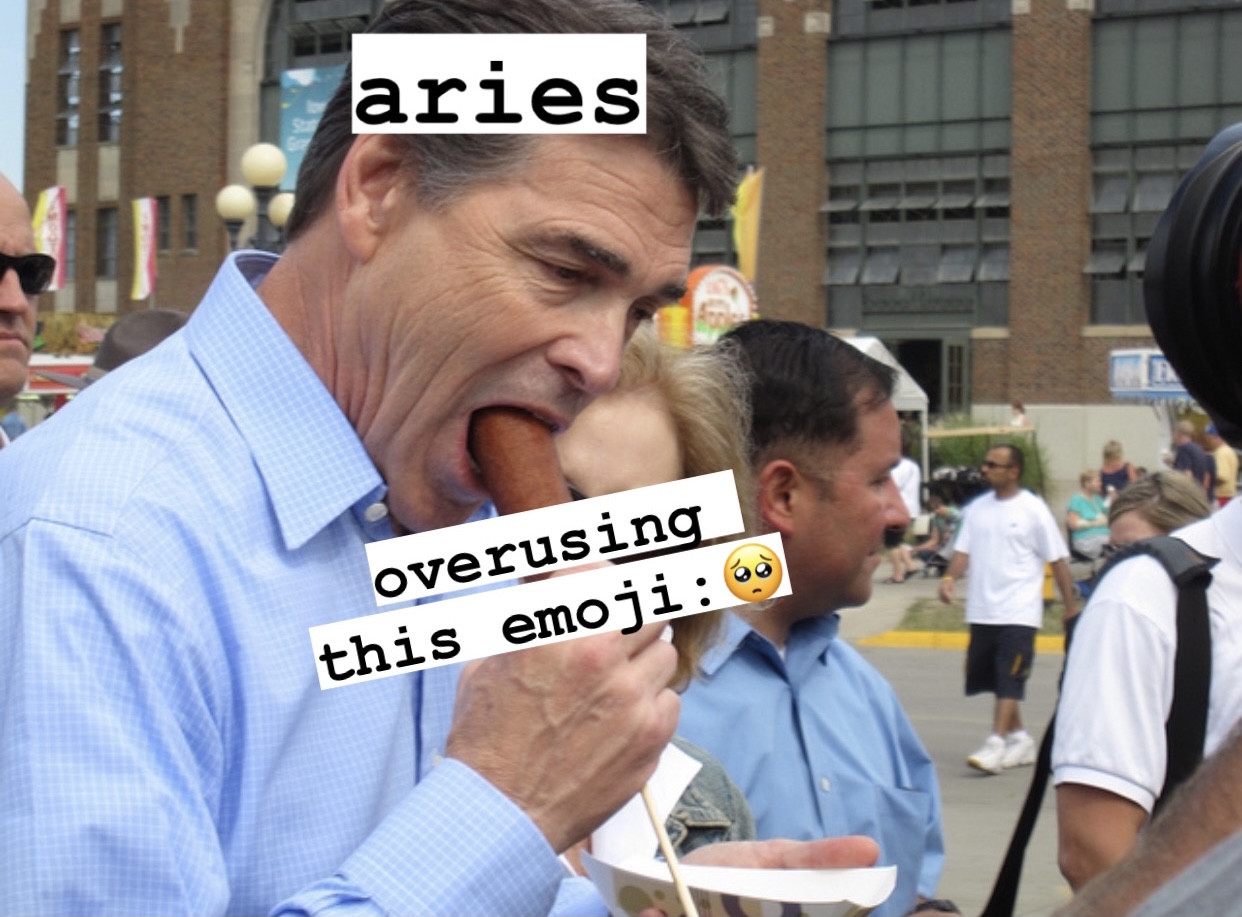 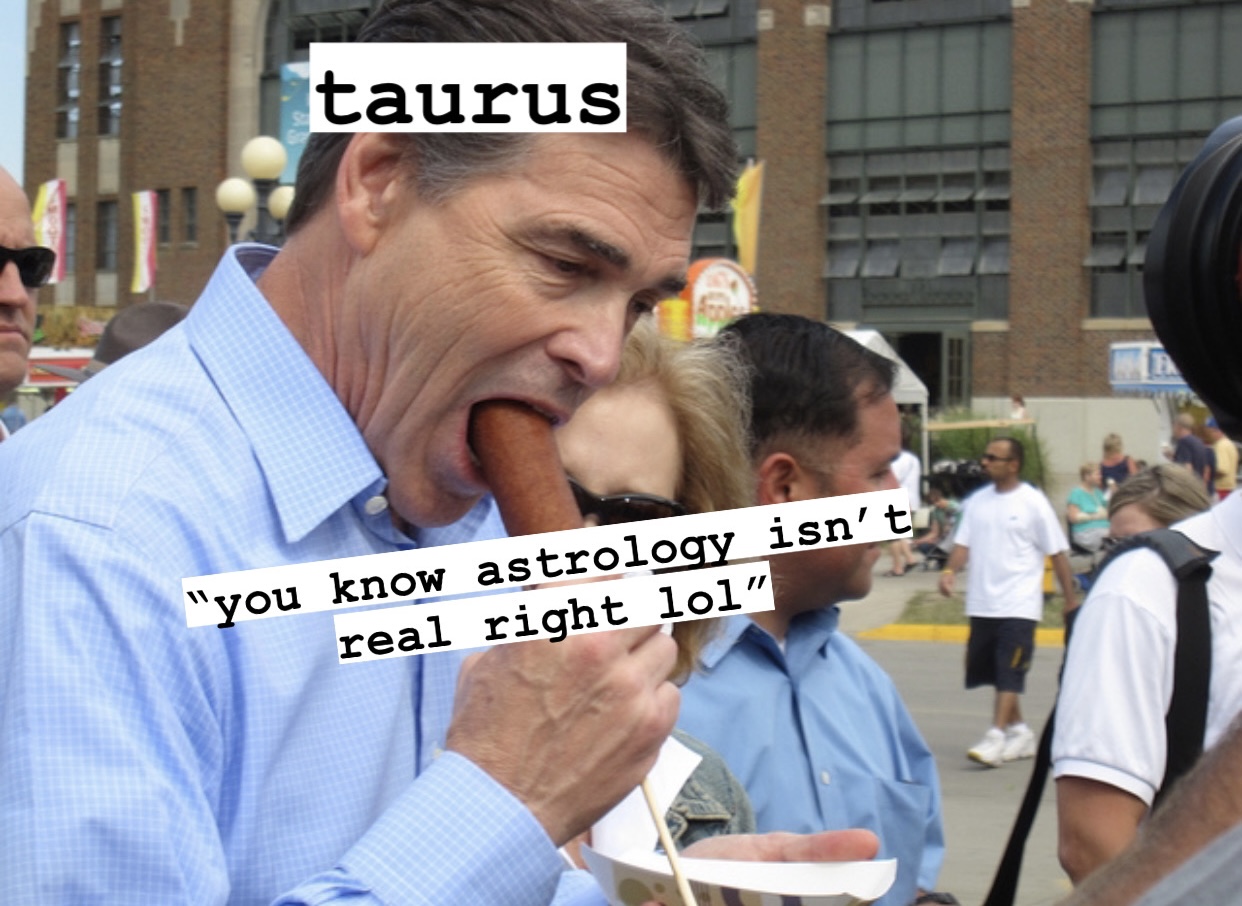 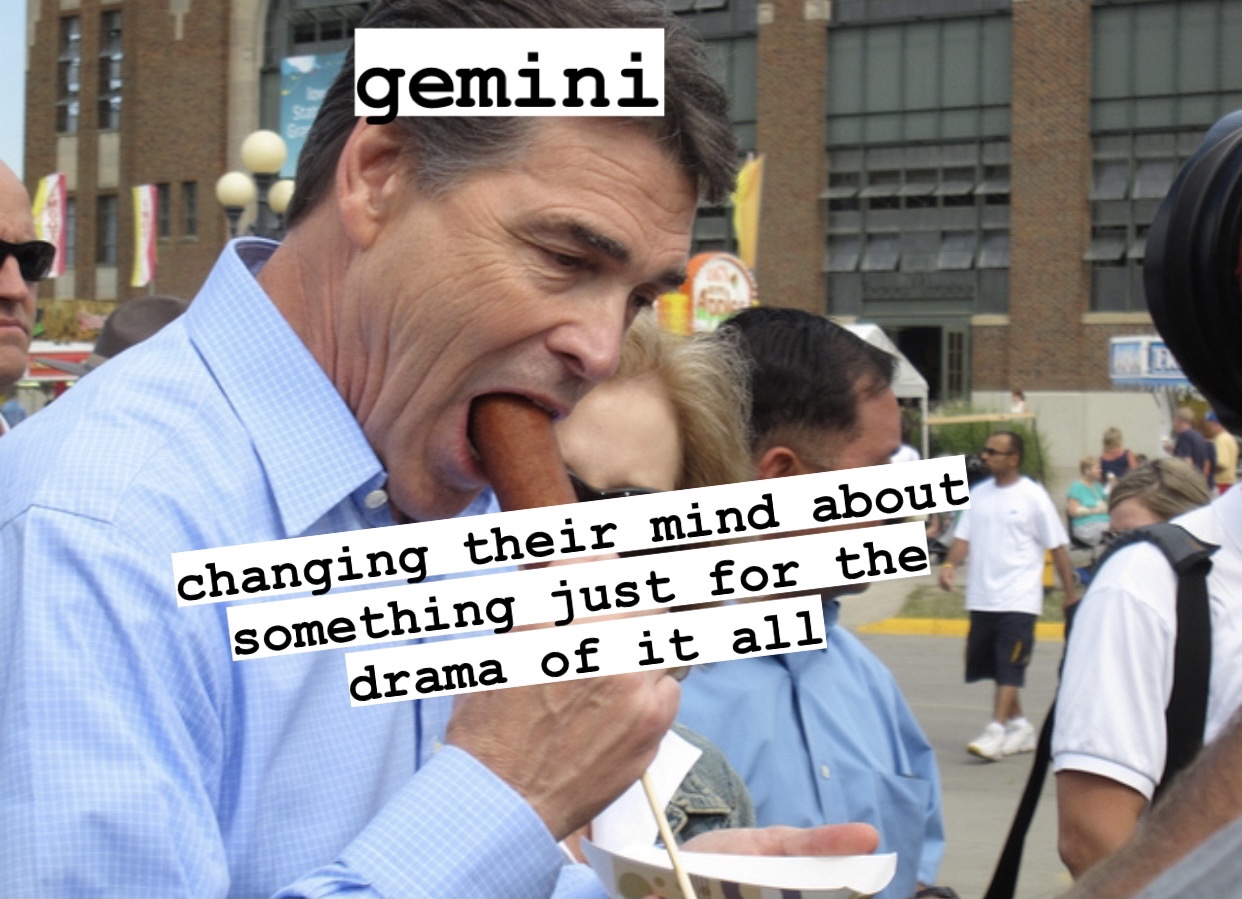 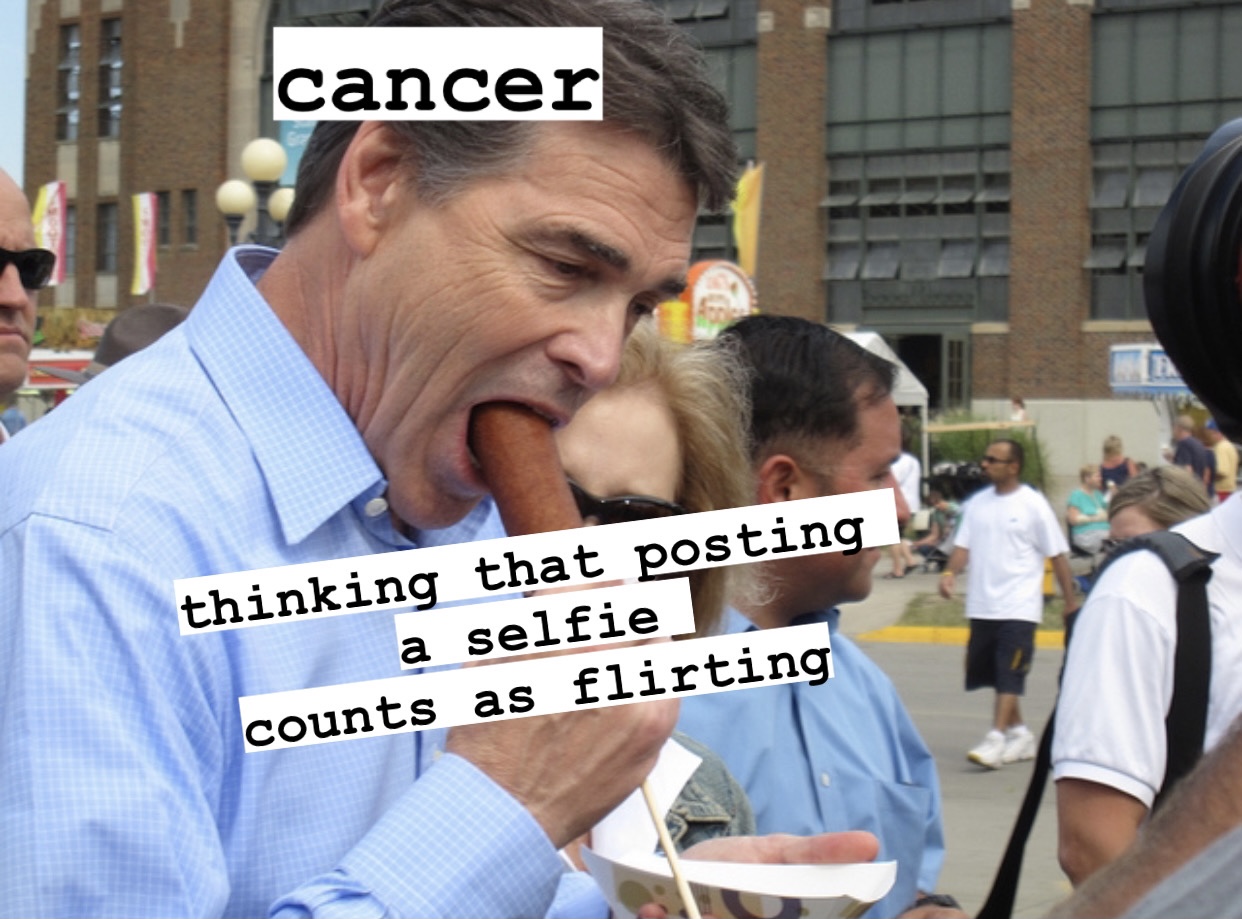 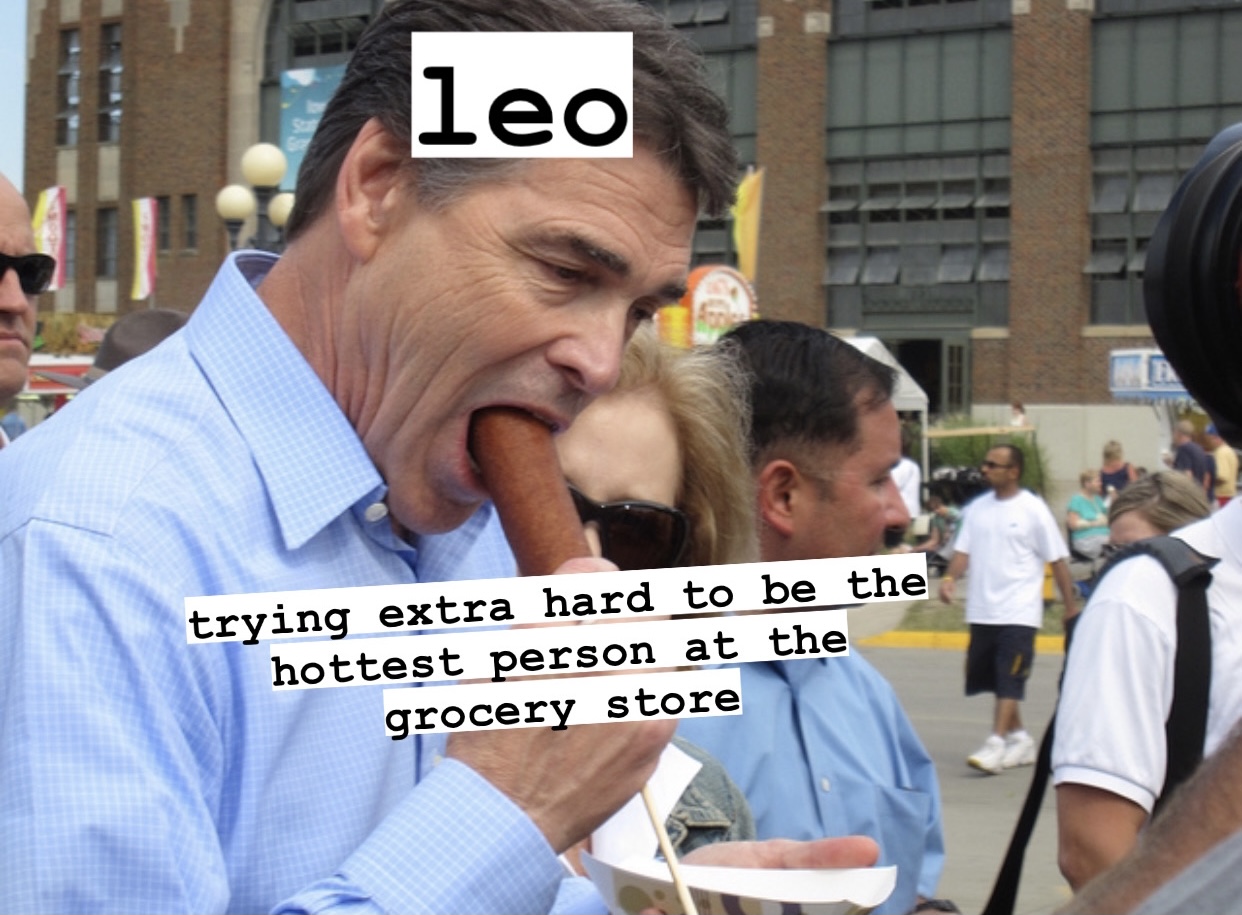 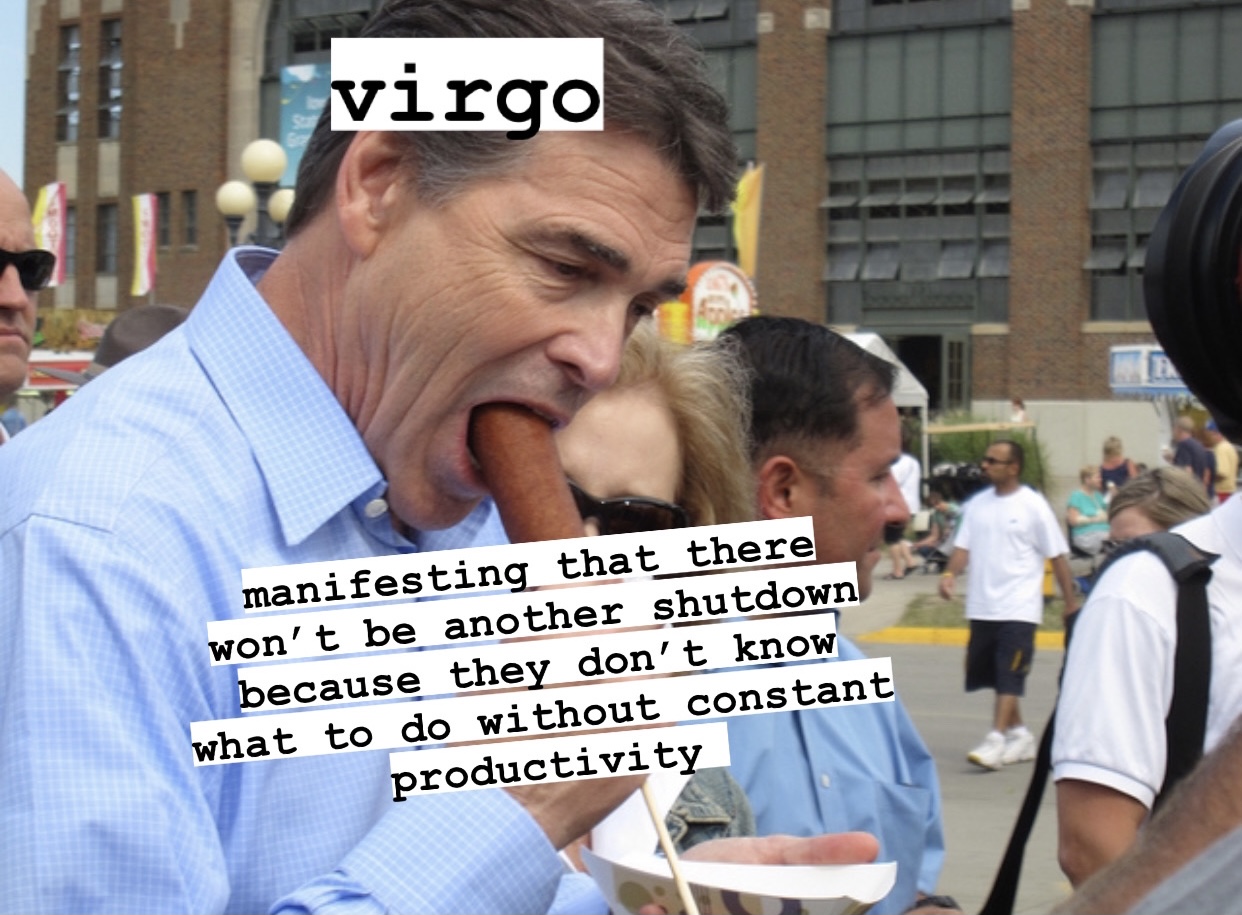 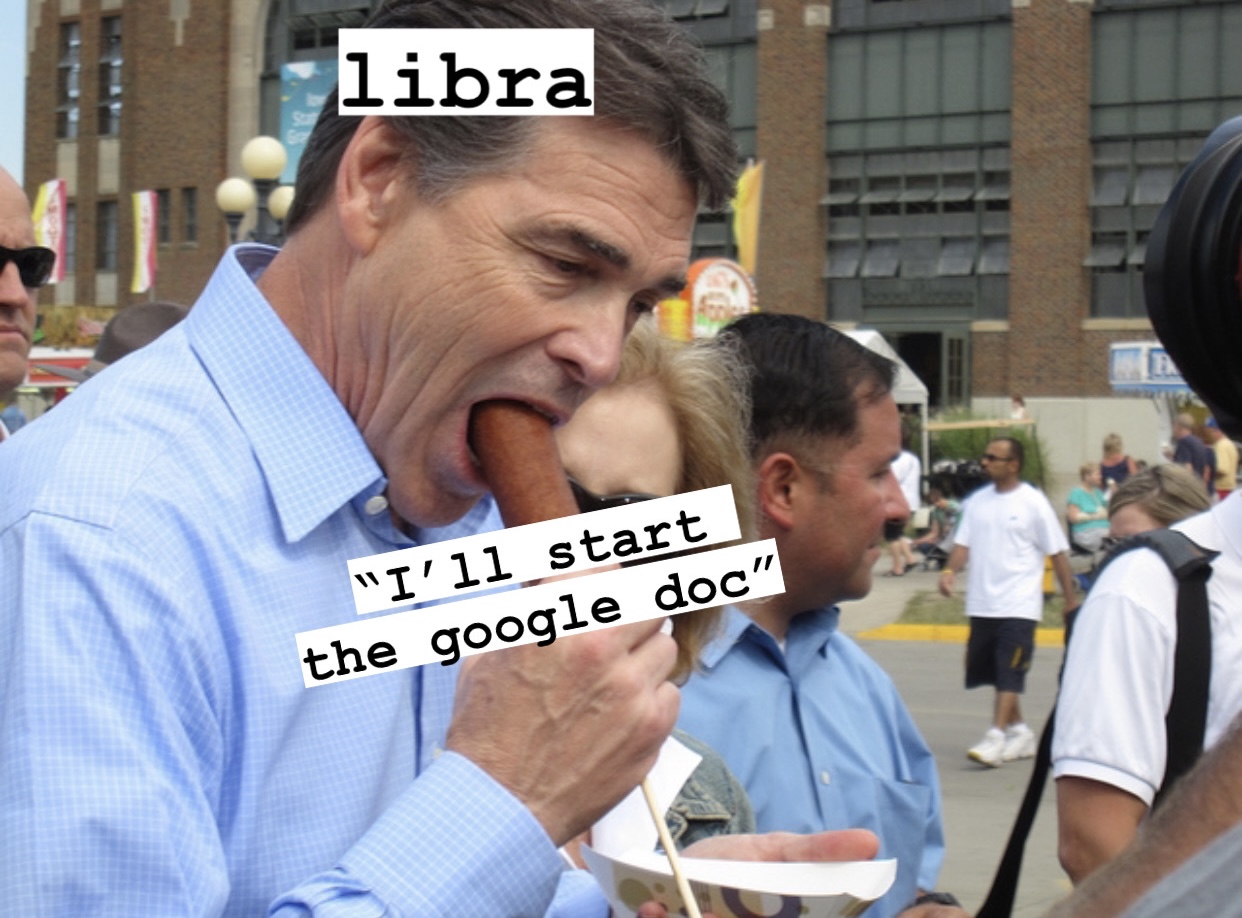 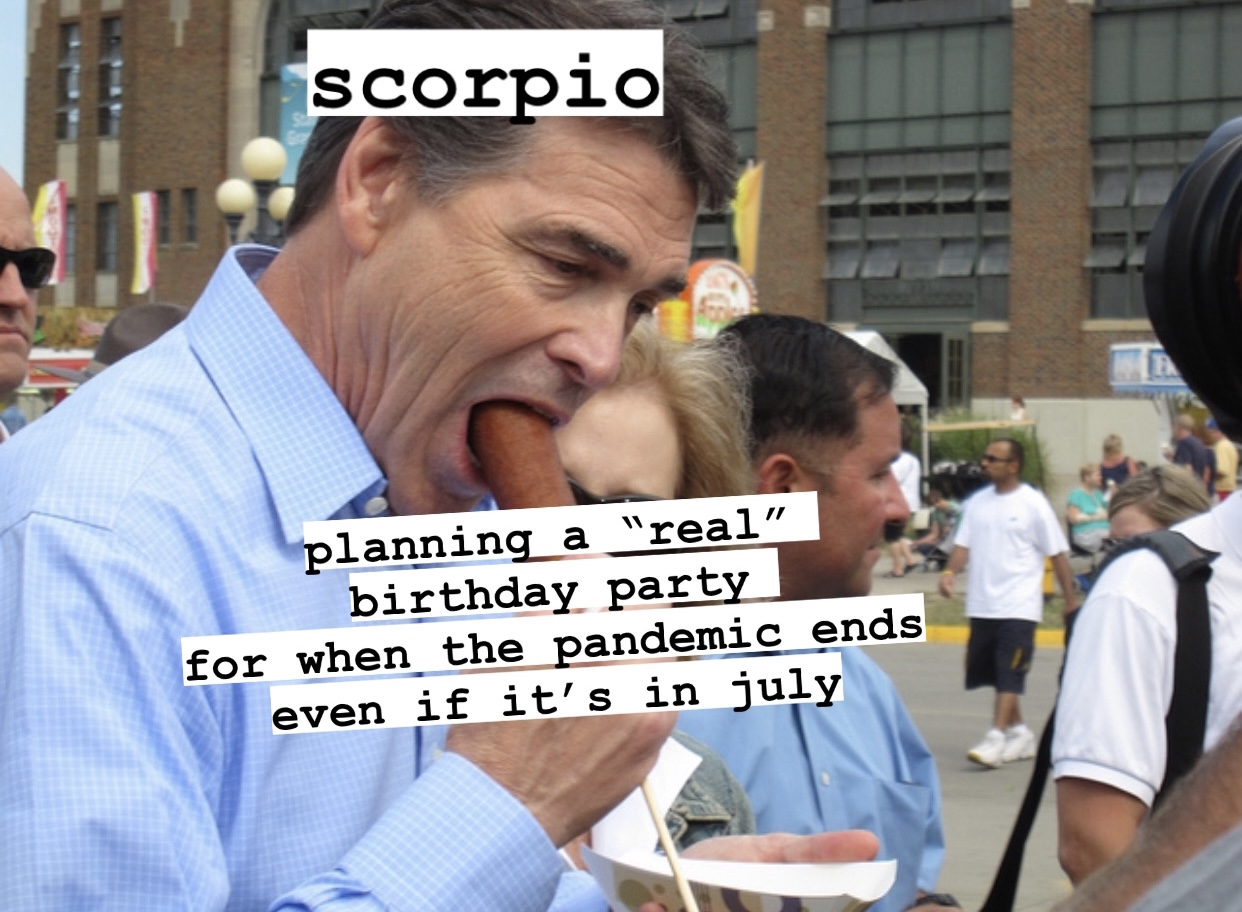 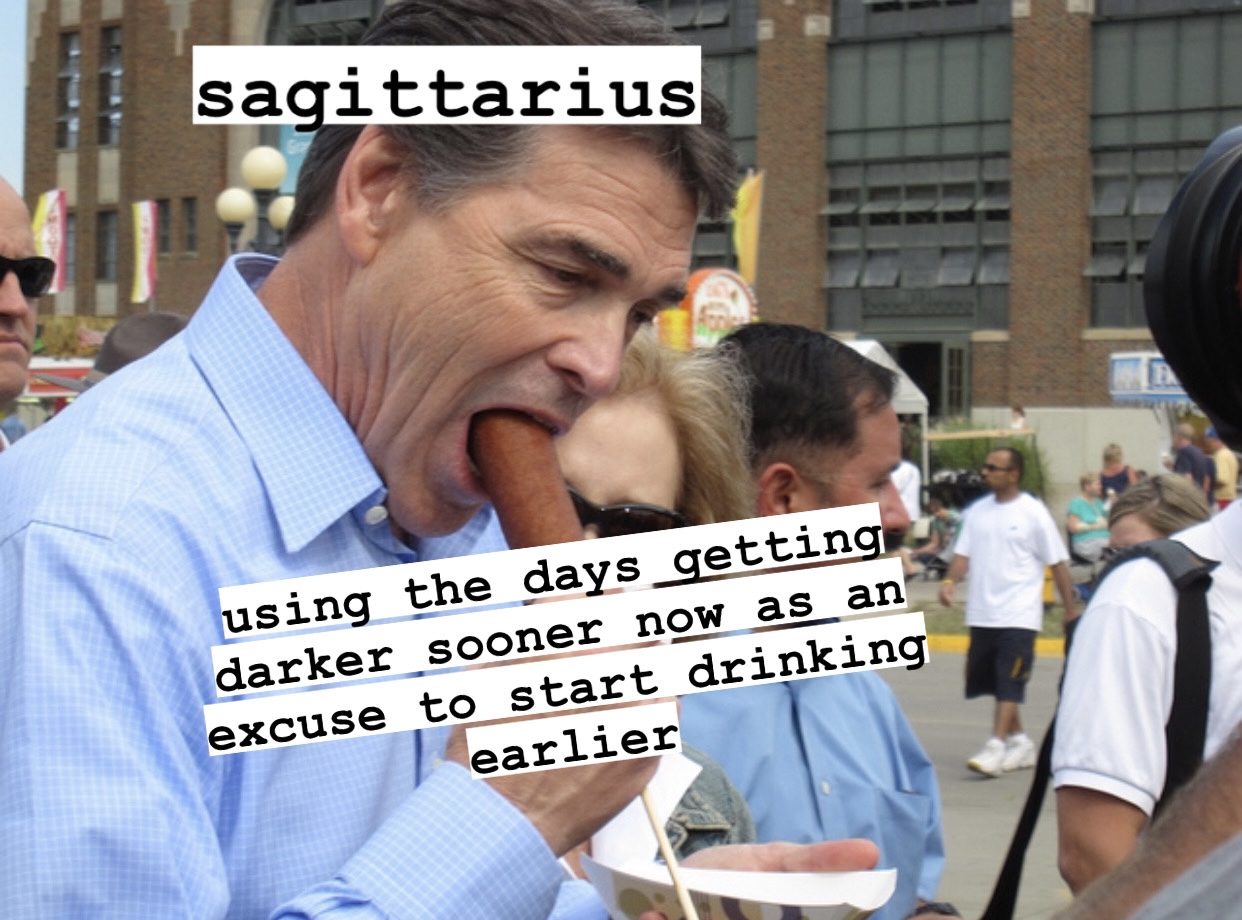