There’s really no denying it: North Carolina repealed its 2016-passed bathroom bill earlier this year at least in part because sports organizations stepped up to the plate and threatened — and, in some cases, took things even farther than that — to take their money elsewhere if lawmakers didn’t walk back that discriminatory legislation.

But ever since Texas legislators started pushing toward passing its own version of a similar bill — one that would force people to use the bathroom of their birth gender rather than their identity in public buildings including schools — and earned the ire of everyone from national sports leagues, billionaire tech industries and celebrity creatives of all stripes, no Texas-based major sports franchise has taken an official stance on the matter.

Well, not until today, anyway, as the Dallas Stars have become the first major pro sports team in Texas to publicly oppose the bill.

In an open letter filled with rah-rah sentiments about Dallas’ inclusive nature as a city at large, Stars president and CEO James R. Lites makes it clear that his organization is firmly against the passing of any such bill. Writes Lites: “The Dallas Stars stands strongly opposed to any legislation perceived as discriminatory, including proposed bathroom legislation.”

You can read his letter in full below. 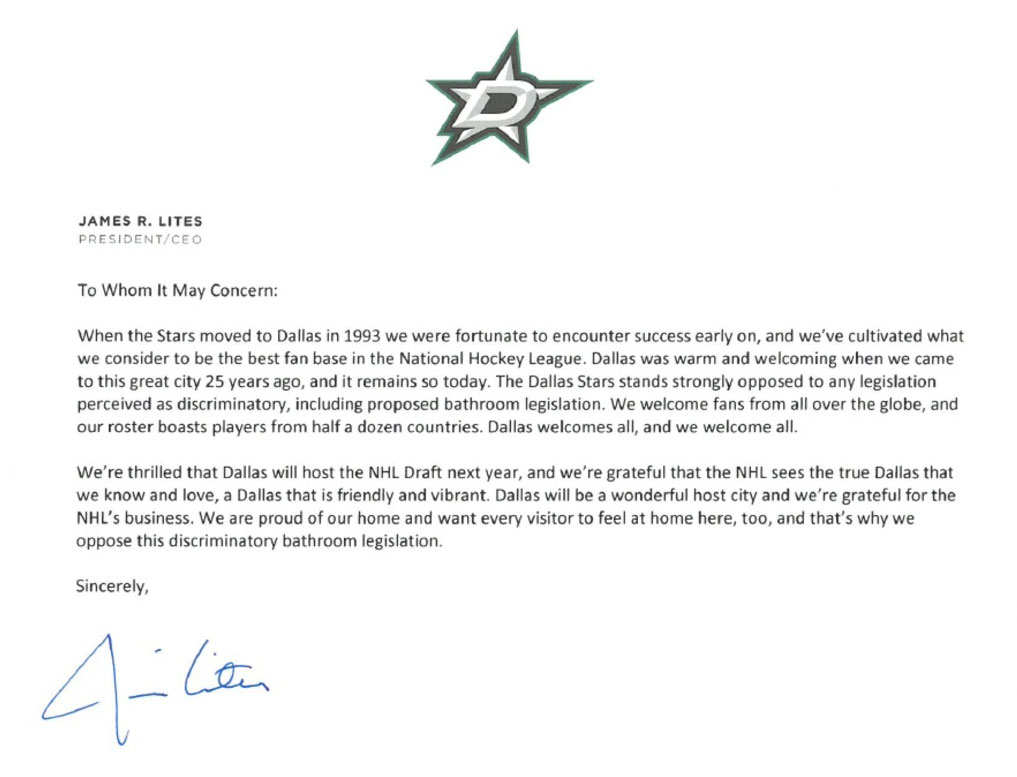 In other words? The Dallas Stars have dropped their gloves, folks. Will other franchises follow suit? Who knows.