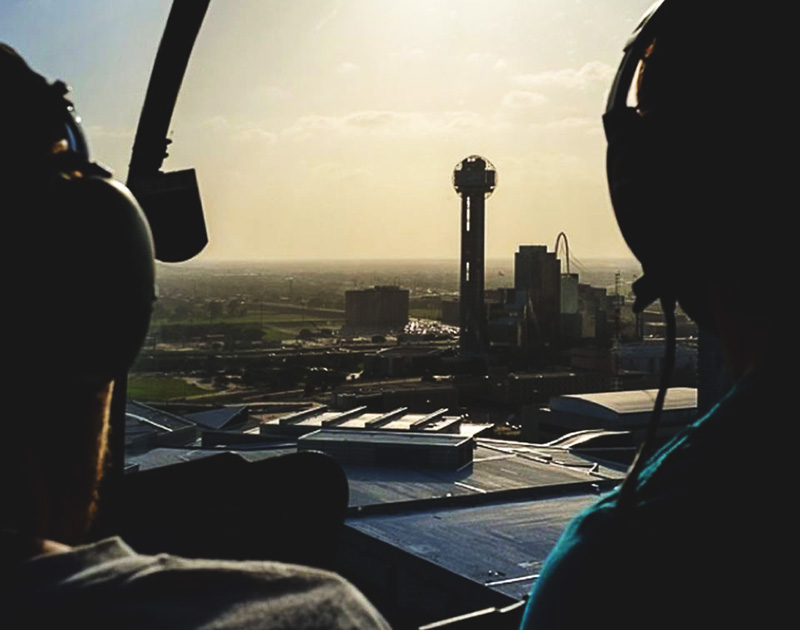 This Travel Blogger Just Took The Most Epic Photos We’ve Ever Seen Of The Dallas Skyline — By Shooting From Thousands Of Feet Above It.

Much hubbub was made last fall when Jerry Jones dropped $8 mil on a Dallas Cowboys-themed personal helicopter.

But, turns out, you don’t have to ball as hard as the double-talking billionaire to ride around in luxury. About the only thing you have to have in common with the Cowboys owner, really, is living in Dallas.

No, we’re not talking about Uber’s plans add bring flying vehicles to its Dallas fleet by 2020. We’re talking about, Epic Copters which has for years now been chartering its birds out for wedding proposals, taxi services to Texas Motor Speedway and epic photography excursions alike.

On his travel blog earlier this week, photographer Andy Luten unveiled a long-in-the-works project he put together called “Dallas Altitude: A New Perspective,” where he adapted breathtaking shots of exquisite North Texas scenery into an interactive website that’s seamlessly reactive when scrolled through.

You’ve really gotta see it. Honestly, we could share some of his shots below — but, trust us, it’s much cooler if you view them on his site.