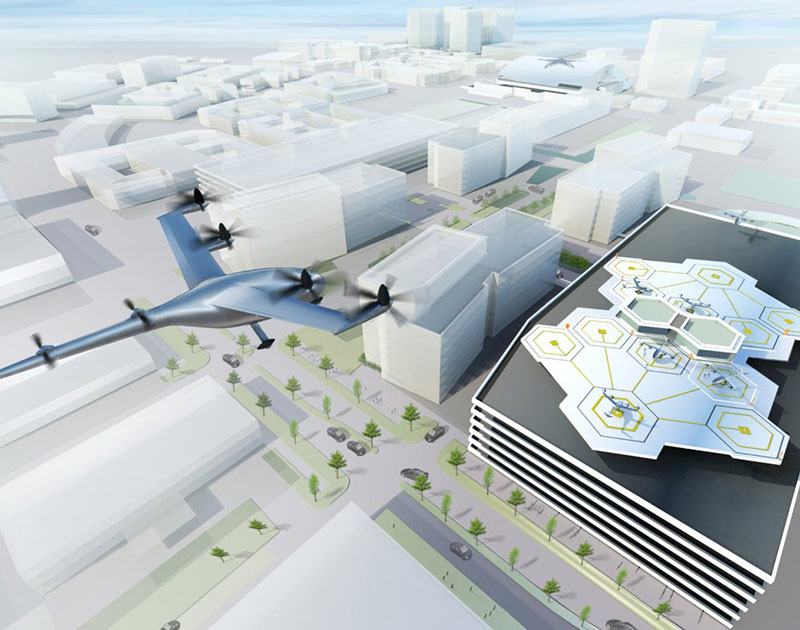 Dallas And Dubai Will Be The First Test-Cities For The Ride-Hailing Giant’s New Flying Vehicle Initiative.

At its still-ongoing Elevate Summit at Union Station in Downtown Dallas this morning, the tech and ride-hailing giant Uber announced that it will be launching a flying taxi service in the coming years, and that Dallas and Dubai will be the first cities on the globe to demo the new technology.

Called “Uber Elevate” the initiative finds Uber working hand-in-hand with the Fort Worth-based Bell Helicopter to develop a new line of vehicles that Uber customers can use to solicit short-distance flights across town. Also joining in on the fun is the Perot family’s Hillwood real estate company, which has committed to building various infrastructure elements for the network, including at least three area launch hubs where the aircraft also dock.

Seemingly a natural extension of Uber’s already-in-place UberCHOPPER arm, the San Francisco-based company, which is already in a race to bring self-driving cars to the ride-hailing market, says it hopes to begin demos of its Uber Elevate offering in Dallas and Dubai by 2020, with a full-scale network of flying vehicle operations operating across the globe by 2023.

The initiative comes with support from both Dallas mayor Mike Rawlings and Fort Worth mayor Betsy Price, which means, hey, it sounds like Fort Worth is in on this too! Anyway, said Rawlings in statement: “This is an opportunity for our city to show leaders from around the world and across industries why Dallas should be a part of building a better future for urban mobility.”

Yes, it’s a “big” and “world-class” move, all wrapped into one! It all sounds pretty neat — at least at first glance.

But the question has to be asked: Could this be the start of something far more insidious? Call me pessimistic, but I worry that this could be the first step in a long line of steps in which our already class-divided society only gets worse and becomes a dystopian one in which the Haves are able to take to the sky for convenience as we Have-Nots are forced to scrap for all that we can get here on the ground.