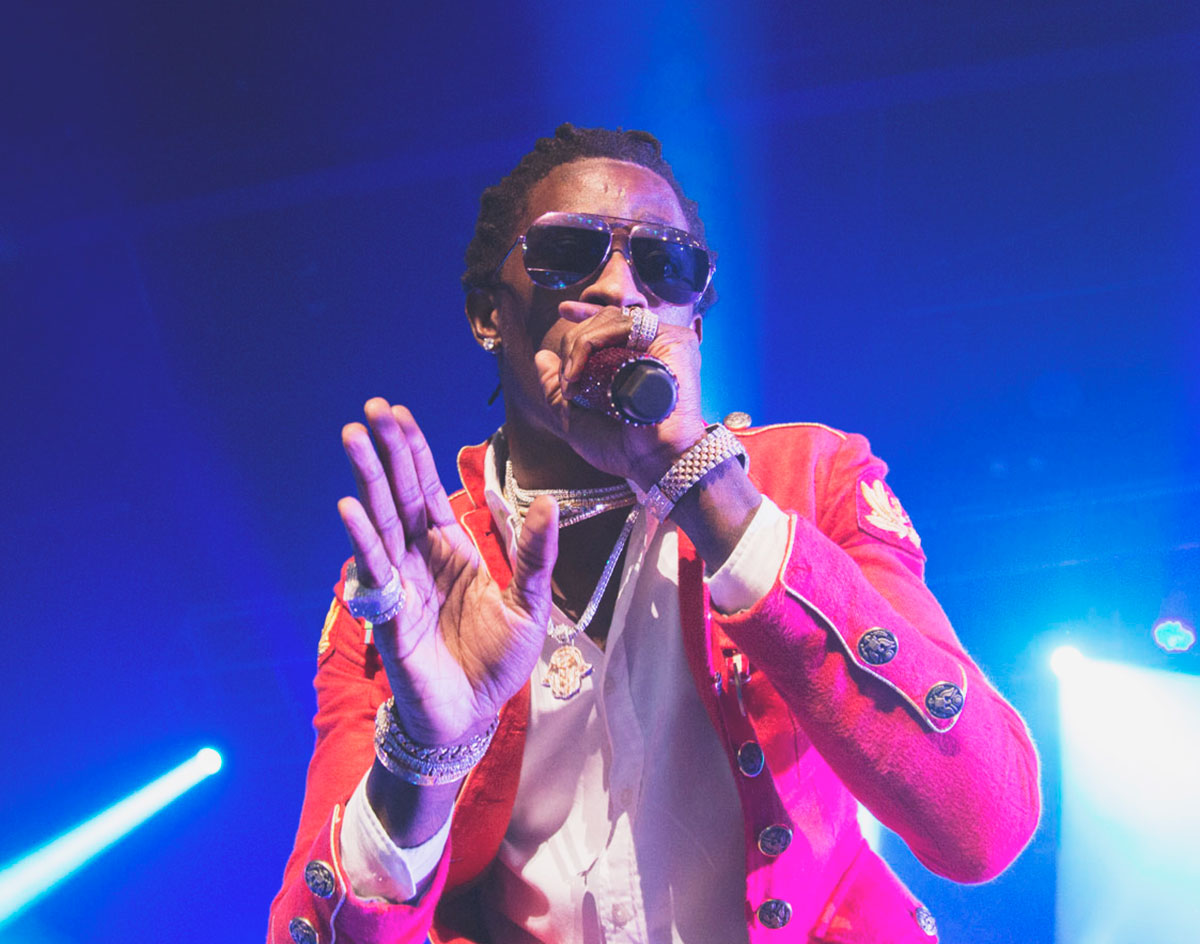 Last week, Korn’s Brian “Head” Welch appeared on Mike Huckabee’s TBN show Huckabee to discuss his documentary Loud Krazy Love — and from this promotional appearance came this cursed video of the guitarist jamming with the former Governor of Arkansas to Korn’s 1994 song “Blind”.

Now that we have completely ruined your day, allow us to present you a tonic in the form of a list of recently announced shows coming to the region.

Robert DeLong
Friday, July 26, at Trees
On sale Friday, June 6, at 10 a.m.
This Bothell, Washington-based electronic artist enjoyed a moment of airplay earlier this decade, but is still releasing music via Glassnote after all these years. He will embark on this run in support of his October 2018 EP See You In the Future.

Ben Kweller
Friday, July 26, at Shipping & Receiving
On sale now.
Following a near-death experience, good ol’ North Texas native Ben Kweller had to take some time off the grid to recover. Earlier this year, he made an unexpected, albeit welcome comeback by playing a warmup show of sorts at Club Dada, and now he will make an appearance in Panther City.

Mutual Benefit
Friday, August 23, at Club Dada
On sale Friday, June 7, at 10 a.m.
Austin-affiliated singer-songwriter Jordan Lee first made waves in 2013 with the release of his debut LP Love’s Crushing Diamond, which was bestowed the “Best New Music” label by Pitchfork. They sang a completely different tune in 2018 following the release of his latest LP, Thunder Follows the Light, but hey, that’s the way it goes in this game.

The Bird & The Bee
Saturday, August 24, at Trees
On sale Friday, June 7, at 10 a.m.
The Los Angeles indie pop duo use “The Bird” to describe vocalist Inara George and “The Bee” to describe keyboardist Greg Kurstin. They don’t appear to be named after a suburban parent’s euphemism for sex.

Young Thug
Saturday, August 31, at The Bomb Factory
On sale Friday, June 7, at 10 a.m.
So that “Family Business” show at Bomb Factory that we mentioned a week ago? Well, turns out, they just announced the lineup for that, and this is anything but a shock to us, but we were right: Young Thug is headlining. Joining Thugger for the first lineup announcement is emo rapper Trippie Redd, Alamo records signee Smokepurpp, California producer Alec Beretz and a Detroit rapper not to be confused with the “All My Children” actor of the same name, Darnell Williams.

Blackalicious
Tuesday, October 1, at Sundown at Granada
On sale now.
Blackalicious has been a fixture in hip-hop for the better part of 20 years. The duo has collaborated with the likes of Zack de la Rocha, George Clinton, Floetry and Cut Chemist, just to name a few.

Sheer Terror
Wednesday, October 16, at Club Dada
On sale now.
The early ‘80s saw the rise of hardcore punk’s golden age, and through this time, bands like D.R.I. and Cro-Mags began to infuse elements of thrash metal with the genre. New York’s Sheer Terror expanded the scope of that sound, and in the process, became an integral part of the same punk scene that was rooted in the legendary Manhattan club CBGB.

Injury Reserve
Tuesday, September 17, at Club Dada
On sale Friday, June 7, at 10 a.m.
This Phoenix alternative hip-hop outfit is starting to become the “it” act in indie music. Stereogum even listed the trio as a “Band to Watch” a few months back.

Senses Fail
Thursday, September 19, at Gas Monkey Bar N’ Grill
On sale Friday, June 7, at 10 a.m.
Back in the mid-2000s, these guys were at the center of the emo/post-hardcore movement that took Myspace by storm, and they’ve been at it tirelessly long after that bubble burst. Hot Mulligan and Yours Truly open the show.

Jay Som
Thursday, September 26, at Club Dada
On sale Friday, June 7, at 10 a.m.
Walnut Creek, California-based bedroom pop artist Melina Mae Duterte, aka Jay Som, has two albums released via Polyvinyl under her belt, and her third full-length, Anak Ko, is set to be released this August. Over the past five years, she has toured with indie heavyweights like Paramore, Mitski and the National, so  y’know, she’s kinda becoming a big deal.

Sebastian Bach
Sunday, October 20, at Gas Monkey Bar N’ Grill
On sale Friday, June 7, at 12 p.m.
Fun fact: Skid Row was given an offer to tour with KISS, and Sebastian Bach was the only band member that wanted to do it. The rest of the band objected, prompting Bach to abruptly leave the band and tender his resignation via voicemail. Skid Row, sans Bach, would later go on to tour with KISS in 2000.

Tyler, the Creator
Wednesday, October 23, at The Theatre at Grand Prairie
On sale Friday, June 7, at 10 a.m.
Tyler, the Creator’s new album IGOR is finally here. And in case you’ve missed all of the buzz it’s already getting, you can expect it to be on many critics’ “Best of 2019” lists. Since 2015’s Cherry Bomb, Mr. Okonma has been displaying impressive production chops, stylistic versatility and an increasingly mature persona. Joining Tyler on this run will be an impressive lineup of openers in Blood Orange and Goldlink.

Wilco
Wednesday, October 23, at The Pavilion at Toyota Music Factory
On sale Friday, June 7, at 10 a.m.
Turns out, this tour isn’t to celebrate the 15-year anniversary of their grammy award-winning album, A Ghost is Born. Wack.

Randy Houser
Thursday, October 24 at The Bomb Factory
On sale Friday, June 7, at 10 a.m.
Randy Houser co-wrote Trace Adkins’ “Honky Tonk Badonkadonk.” So if you want to breathe the same air as the literary artisan behind the lyrics, “We hate to see her go but love to watch her leave,” here’s your chance.

Cavetown
Sunday, October 27, at Granada Theater
On sale Thursday, June 6, at 10 a.m.
If you’re into those quaint YouTube personalities that do ukulele covers, this will definitely be in your wheelhouse.

Titus Andronicus
Tuesday, November 5, at Club Dada
On sale now.
Ever since New Jersey punk outfit Titus Andronicus’ signing to Merge Records, they have released two albums – The Most Lamentable Tragedy and A Productive Cough. Neither quite lived up to the expectations set by 2010’s The Monitor, but with the release of 2019’s An Obelisk right around the corner, here’s to hoping that changes.

Snoop Dogg
Saturday, November 9, at Dos Equis Pavilion
On sale Friday, June 7, at 10 a.m.
Dr. Dre’s The Chronic is a masterpiece, and Snoop Dogg used it as a launchpad for his career. The lineup is completely stacked, too. Master P, Goodie Mob, Slim Thug, Z-Ro, Paul Wall, Twista, Crucial Conflict, Mike Jones and Shawnna open this dirty south revival of a tour package.

Matt & Kim
Monday, November 11, at The Bomb Factory
On sale now.
Negative critical reception be damned, Matt and Kim’s Grand stands as a crowning achievement for the duo. At least enough for them to tour in celebration of its 10-year anniversary.

Joe Rogan
Friday, November 15, at American Airlines Center
On sale Friday, June 7, at 11 a.m.
You know that “Straight Pride Parade” that was trending on Twitter? Here it is.