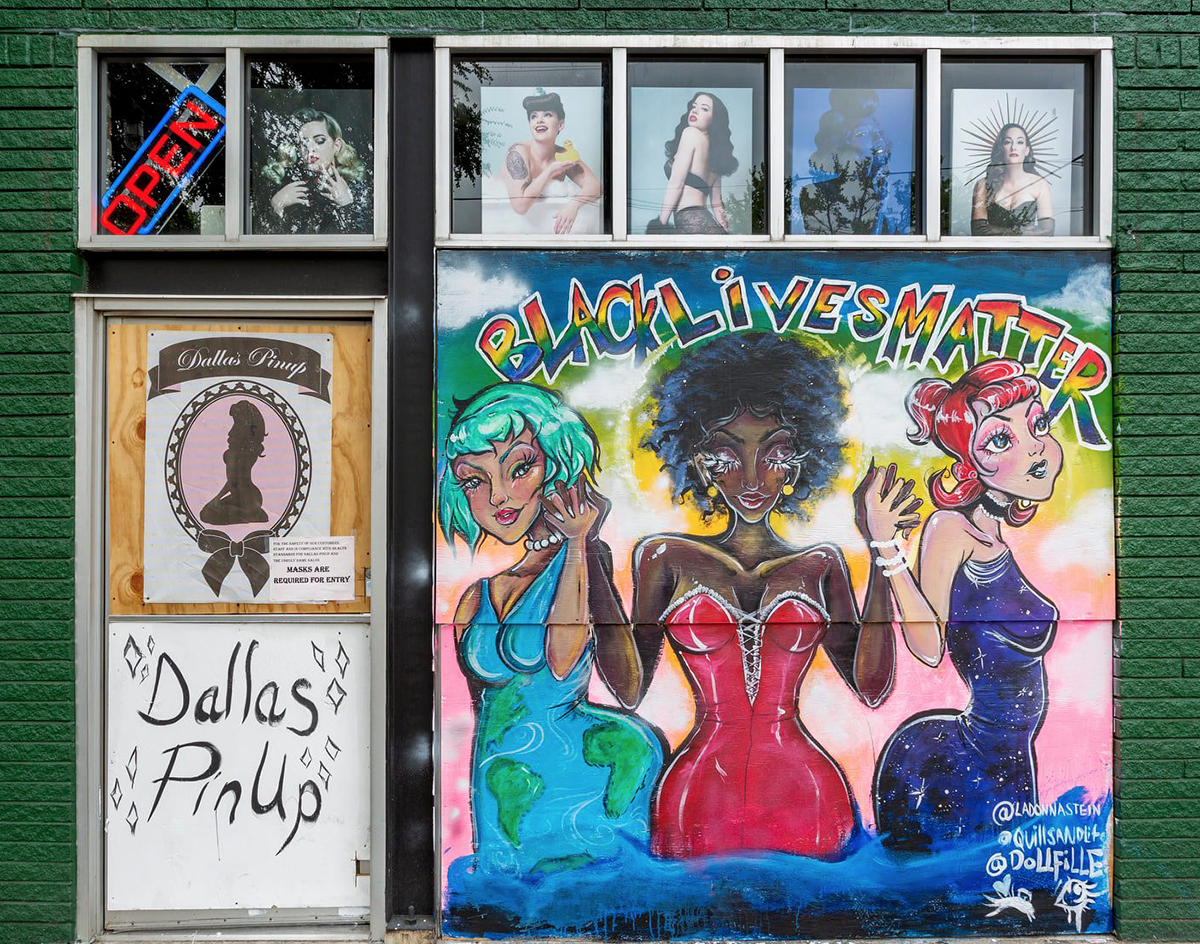 A Traveling Exhibit Preserving Historic Artwork Created By The Dallas Army Of Artists Visual Collective Is Hitting Art Basel In Miami This December.

Get ready for a Dallas invasion, Miami.

Work by the Dallas-based art collective known as he Dallas Army of Artists — most notable for their murals onto the plywood of boarded-up Deep Ellum windows late last year — is flying down south to Miami for Art Basel 2021 this December.

Earlier this month, visual artist and the collective’s founder Izk Davies was contacted by Mana Public Arts, an offshoot of Mana Contemporary Arts Center in Jersey City, about the preservation of these historic murals. In an effort to preserve and showcase these works, Mana Public Arts is planning on a traveling exhibition beginning in New Jersey this September and conclude at Art Basel 2021 in their gallery space in the historic Wynwood Arts District in Miami. The exhibit will be curated by Erin Gilbert, the former curator of the Smithsonian’s African American Manuscripts Archive.

Art Basel is kind of a huge deal.

The for-profit arts fair takes place in three cities — Switzerland, Miami Beach and Hong Kong — and draws in audiences from all over the world by the thousands eager to see artwork curated from all around the world.

It’s not just a big fair for paintings. Literally any creative media ranging from tech and virtual reality to music to sculpture to photography is displayed.

In other words: This is a huge win for the Dallas arts scene.

We spoke with Davies on what exactly this exciting venture means for Dallas and the future of the arts community.

“This is a huge bump in our momentum to be recognized among other major cities and on a national level for what we do literally down in the streets,” says Davies. “It’s very worth the wait. A lot of artists here in Dallas who put time and effort to stand in solidarity with the protests can have a little sense of pride that it didn’t just go away. The art is still making waves, and the message is still being put out in the world.”

Even with this exciting news, Dallas Army of Artists continues to focus their efforts on the landscape here at home, encouraging visual artists willing and able to create art for the public good to join the collective.

Their goal is to amass an army of 100 artists to continue to tackle Dallas’ streets in the name of art.

As an artist, enlisting in the group may not be such a bad idea.

After all, you never know which city the army will invade next.