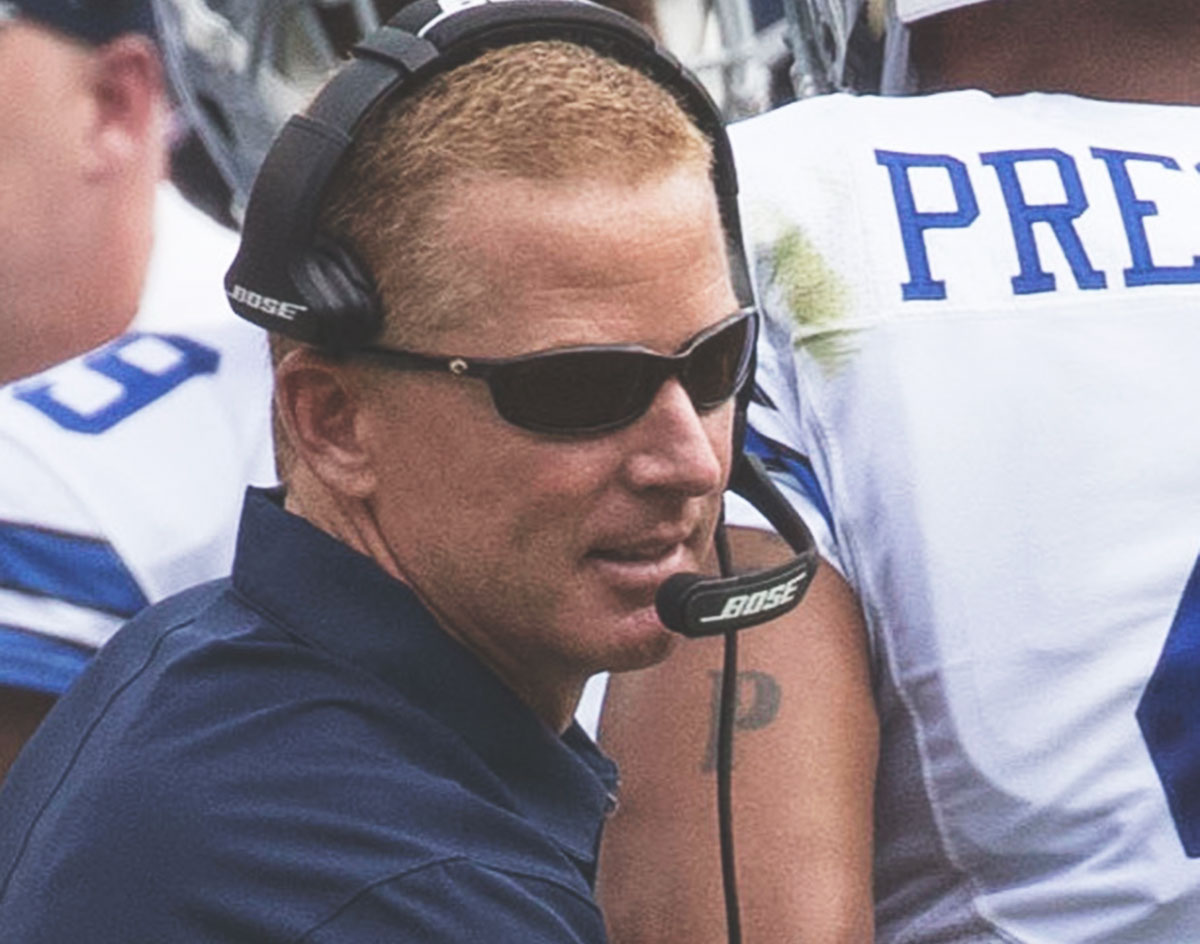 This Was Supposed To Be The Second Year Of A New Dallas Cowboys Era. Instead, The Team Kept Getting In Its Own Way. Now, The Needed Change Is Clear.

In a virtual playoff game that also just so happened to be Ezekiel Elliott’s first game back after serving his six-game suspension, the Dallas Cowboys yet again found themselves in another must-win situation as they faced the Seattle Seahawks at AT&T Stadium on Sunday.

And, for a little bit there, it looked like they might’ve been able to snag that win, too. In the first half, the Cowboys played statistically great, especially on defense, where they sacked Seahawks quarterback Russell Wilson three times, held him to an astounding two (!) passing yards and kept his entire offense down to just 42 yards total.

But while numbers may never lie, they also don’t always tell the whole story either. Because, while one might’ve expected the Cowboys to be up two or more touchdowns after a first half like that, the team was only up two points by a score of 9-7.

So, yeah, they naturally went on to lose the game. You’re surprised? It’s been like this all season long. All year long, we’ve been bitching about the fact that this team has no consistency — and this game was no different. It was like every time the Cowboys found themselves making big plays and getting down the field, something wild would happen. A big play from Dak Prescott to Dez Bryant for a 33 yard completion? That would immediately get backdoored by Dak tossing a pick. Of fucking course.

It’s not like the Cowboys lack talent. DeMarcus Lawrence’s 14.5 sacks on the season are good enough for the second-highest total in the lead behind Chandler Jones of the Arizona Cardinals’ 15, and Lawrence is just one of the members of the defense who has been balling this year. His defensive linemates have been doing their part all year long, and so too has the young secondary, whose praises we’ve been singing for weeks now. And then there are all the supposedly big names on the offensive side of the ball: Dak, Dez, Ezekiel Elliott, Jason Witten. With names like that playing alongside a defense that’s playing above its pay-grade shouldn’t the Cowboys have had a better year than the depressing 8-7 one we’ve just witnessed? Especially considering how their head coach, Jason Garrett, is supposed to be offensive-minded?

Nope, not this year, as each and every game has only further convinced us that this team is incapable of making strategic changes at halftime and fixing whatever’s going wrong with them in a given game. This game was no different in that regard. Right out the gate in the second half, Dak tossed a pick six that game the Seahawks a lead that they’d never relinquish, and, facing a deficit, the team forgot what had worked for them in the second half — running the ball with Zeke — and chased the Seahawks’ lead through the air.

Instead, the game ended with the Seattle defense clamping down on the Cowboys’ stagnant offense and the air emptying out of the stadium along with the fans. When the clock finally stopped, the Cowboys had lost this one to the tune of 21-12.

Is the ownership not seeing the obvious issues here? Do they not see the easy solution that everyone else is? Because I’m seeing things pretty clearly. Here are my main takeaways from Sunday’s game.

• Dez is out here still talking like he’s an elite receiver, but he’s out of his goddamn mind. After being shown on the sideline on Sunday complaining about not getting fed the ball, Dak tossed him one — his first catch of the game — only to immediately turn it over as Seahawks defender Byron Maxwell punched it out of his hands. That moment led to the Seahawks’ only score of the first half. Talk about disappointing. Barring a meaningless 185-yard performance in Week 17, this season will be Dez’s third straight in which he has failed to reach the 1,000-yard mark as a receiver.

• Of course, Dak’s not exactly blameless in this scenario. The balls he’s been tossing Dez’s way this year have been off. After managing the offense last year, Dak got the keys this season and proved himself to not yet possess the accuracy or field vision required to shine in the NFL. If you want to continue the blame game, the offensive line hasn’t been up to snuff this year, and the injury bug that’s plagued them all year long reared its head in this game too as Tyron Smith left the game after the very first Cowboys series. Either way, though, without Dez’s fumble or Dak’s pick six, I think the Cowboys still win this game. But the turnovers did come.

• Don’t want to blame the coaches for turnovers, even though you definitely should? Fine. Explain this to me instead: How come Zeke, after getting 50 yards in the first quarter and 73 yards in 13 first half carries in total, finished the game with just 97 yards rushing? Better still, talk me through the decision to throw the ball when the Cowboys reached the three yard line in the fourth quarter down 21-12? That decision led to a holding call that pushed the team back 10 yards. Why the fuck wouldn’t you give the ball to Zeke on the three yard line? Why? Someone tell me how, with a chance to move the ball closer to the goal line and and to change the dynamic of the final minutes of the game, this team decided to instead shoot itself in the food. Explain that to me.

• You know how many points all Dallas Cowboys not named Dan Bailey scored on Sunday? Zero. With four field goals, Bailey was responsible for the Cowboys’ entire scoring output in this game. Good teams don’t win games on the backs of their kicker. And, for that matter, good teams don’t lose to teams that have more penalty yards than offensive yards in a single game. But that was the case on Sunday, as Seattle became the first NFL team to do that since 1966. And the Cowboys still lost!

And there you have it. That’s how the season crumbled — miserably.

There will be no playoffs this year, no “Quest for 6.” Any possible chance to hoist a trophy? It’ll have to come down the line. Next week’s game versus Philthydelphia? It’s essentially a wash.

Forget the talk about Zeke’s suspension holding this team back. It didn’t help matters, no, but anyone with eyes could see that this was not as good a team this year as last year’s team was. In 2017, with a young roster of seemingly exciting players and a supposedly bright future ahead of them, the Cowboys found a way to regress this season.

Even if Jerry Jones is out here saying the opposite, everyone else can see that there’s only one move to make now.

Everyone else knows it’s time to make these calls.

It’s time Jerry’s old ass saw this, too. Otherwise, I’m just gonna be writing the same shit next year, too. I’m sure of it.

Cover photo of Jason Garrett by Keith Allison, via WikiCommons.