White Noise: The Sex Pistols’ Dallas Legend Gets Its Due. 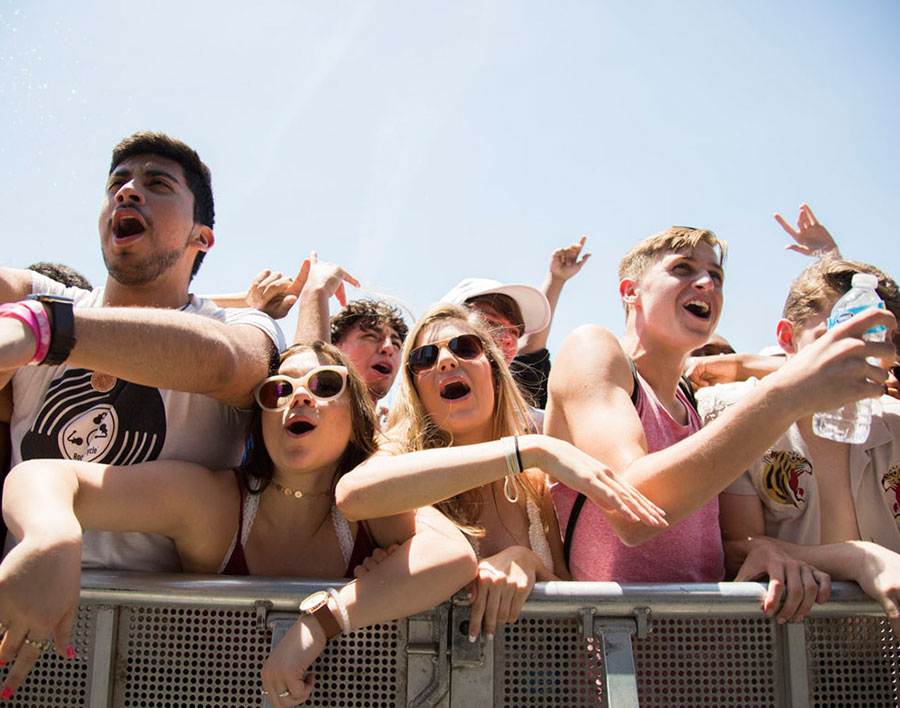 The Legendary Sex Pistols Stop In Dallas Will Be Included In A New Doc On The Band. Plus: JMBLYA and Fortress Fest Announce Returns, And Badu Does Fallon.

The legend surrounding The Sex Pistols’ first and only American tour still looms some 40 years after it happened — just as does Dallas’ stake in its mythology.

And why not? That Dallas stop at the Longhorn Ballroom wasn’t just one of the band’s last performances before its members called things quits; it was also so dramatic an effort that it elicited the following lede in the English papers: “Johnny Rotten and Sid Vicious were both punched in the face by girl fans as the Sex Pistols performed deep in the heart of Texas.”

Of course, few of the people reading this column were old enough to have been at that show. But now even we young ‘uns can see what the hype was all about. This week, old video from the bands 37-minute performance in Dallas resurfaced, and it features all the rowdiness you’d imagine it contained. Beer, tomatoes and garbage is tossed in the air, followed by punches and general chaos.

See it for yourself:

But, get this: The Sex Pistols shouldn’t have even really been playing in Dallas that night. A ways off the path from the markets that had been eating up the new and exciting punk scene like Los Angeles, New York or even Chicago, The Sex Pistols intentionally played Dallas in some satirical, off-the-beaten-path trek across America to its only real major market of the tour in San Francisco.

Why are we talking about all this now, though? Because a documentary about that tour is finally receiving an official release some four decades after its initial production began — and it may even offer up more details about that stop in Dallas, including a snowstorm the band was apparently stuck in on the way here. You can read more about the upcoming doc here.

Or would you rather watch some more recent concert footage instead? OK, that’s fine by us. Check out the below clip featuring the Queen of Neo-Soul, Erykah Badu, performing her own song “On & On” as well as Fela Kuti’s “Sorrow Tears and Blood” on The Tonight Show Starring Jimmy Fallon from last week. The offering is in support of the most recent Fela Kuti box set, which was curated by Badu, released earlier this month and includes her favorite Kuti pieces of all time, plus seven personal essays by the Dallasite about Kuti’s influence and even some never-before-published Kuti photos, too. Obviously, there’s some bias here, but we think Badu’s appearance rates among the sharpest and better choreographed performances likely to be seen on late-night TV these days.

Moving on, and as we start looking forward to 2018, the first thing we have to realize is that we’re about to once again be knee-deep in the concert and festival announcements that’ll lead us right into festival season.

Right off the bat, there’s news that Fort Worth’s Fortress Festival is officially coming back after having just declared April 28 and 29 as the dates of its return. No word on the lineup or any changes to the logistics of the festival grounds just yet, though.

Not to be forgotten, Dallas’ big annual hip-hop and EDM festival JMBLYA recently announced some new updates. The biggest one is that, in addition to Dallas and Austin, this year’s festivities will also go down in Houston. As for Dallas, local fans of the fest can anticipate its happening on May 4. Early bird tickets are available now right here but the lineups won’t be announced for some time — and, even then, the lineup will be delivered from the bottom up, meaning headliners will be announced last. Also of note: The ScoreMore-produced festival announced too that it has partnered with Event Water Solutions for more hydration stations at the fest; and wed say that this, along with promises of more available shade, more vendors for shorter lines and more bars — including non-alcoholic bars — bodes well for the fest’s continued growth.

Meanwhile, two area artists who wouldn’t be out of place on either of the above bills just possibly found themselves a little tougher to book. Last week, the BBC Radio show “Diplo and Friends” featured songs from two different Dallas artists being played in the mix. Those tracks would be Medasin’s remix of DJ Khaled’s “Wild Thoughts” and DJ Junk Food’s bootleg remix of Tkay Maidza’s “Tennies.”

First up, there’s another offering from the always intriguing Dolfin Records crew, which is wrapping up its stellar 2017 by sharing a new project from its ghoulfive outfit called Ghoul6ix. Check it out:

Then there’s a new clip from CardiacTheGhost, who continues his impressive run of music videos with a new one called “Easy.” If you like what you see, you can hear what else he’s up to on his latest project, called IRL, right here.

Not to be outdone, Central Track favorite Pat Ron just released a new collection of songs of his own called This Time Last Year. To hear for yourself why we’re so high on the young, weed-loving Dallas rapper, jus thit play on the below embed.

And, finally, for a something a little more sweet and wholesome, give the below clip from Dallas singer-songwriter Court Hoang for his song “Stars” a watch.

JMBLYA cover photo by Breanna Loose. Got a tip for White Noise? Email us!