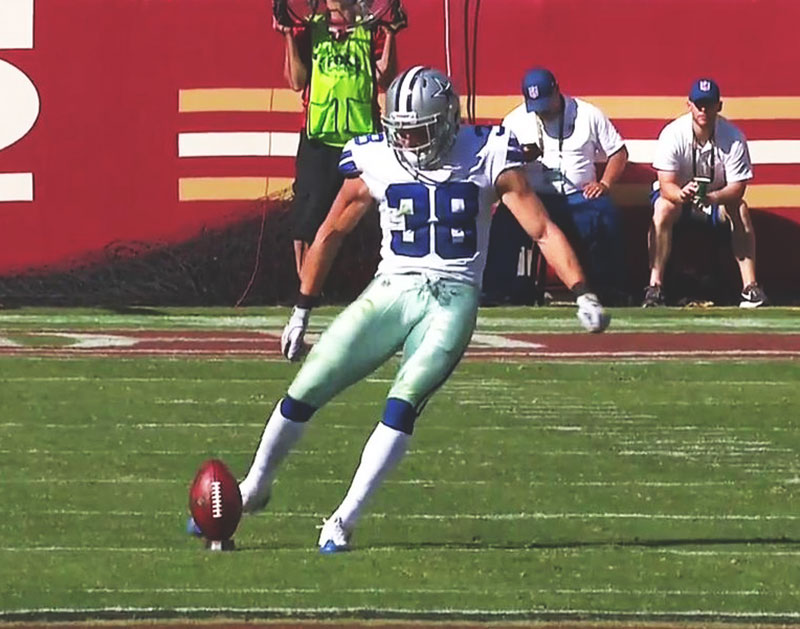 From Jeff Heath Hilarity To Dez’s Record-Tying TD, Here Are Five Observations From The Dallas Cowboys’ 40-10 Win Over San Francisco.

The Dallas Cowboys, fresh off a bye week, bounced back on Sunday with a convincing win over the now 0-7 San Francisco 49ers.

Actually, they demolished the Niners to the tune of a 40-10 win — their largest victory margin against San Francisco since 1980.

Here’s what I noticed over the course of yesterday’s win.

Obviously, there’s a lot to feel good about in the wake of an easy win like this one, but the Cowboys better not get too pleased over yesterdays effort. A six-game suspension still looms over Elliott’s head with no surefire signals as to when that might come, and with the schedule not easing up any in the weeks to come, we can only hope that this game more of a glimpse into a refocused Cowboys than a totally beleaguered 49ers.

We’ll find out for sure next Sunday when Dallas heads up to Washington to take on the Redskins in a game that could finally get the Cowboys over the .500 hump and launch them into second-place in the NFC East.