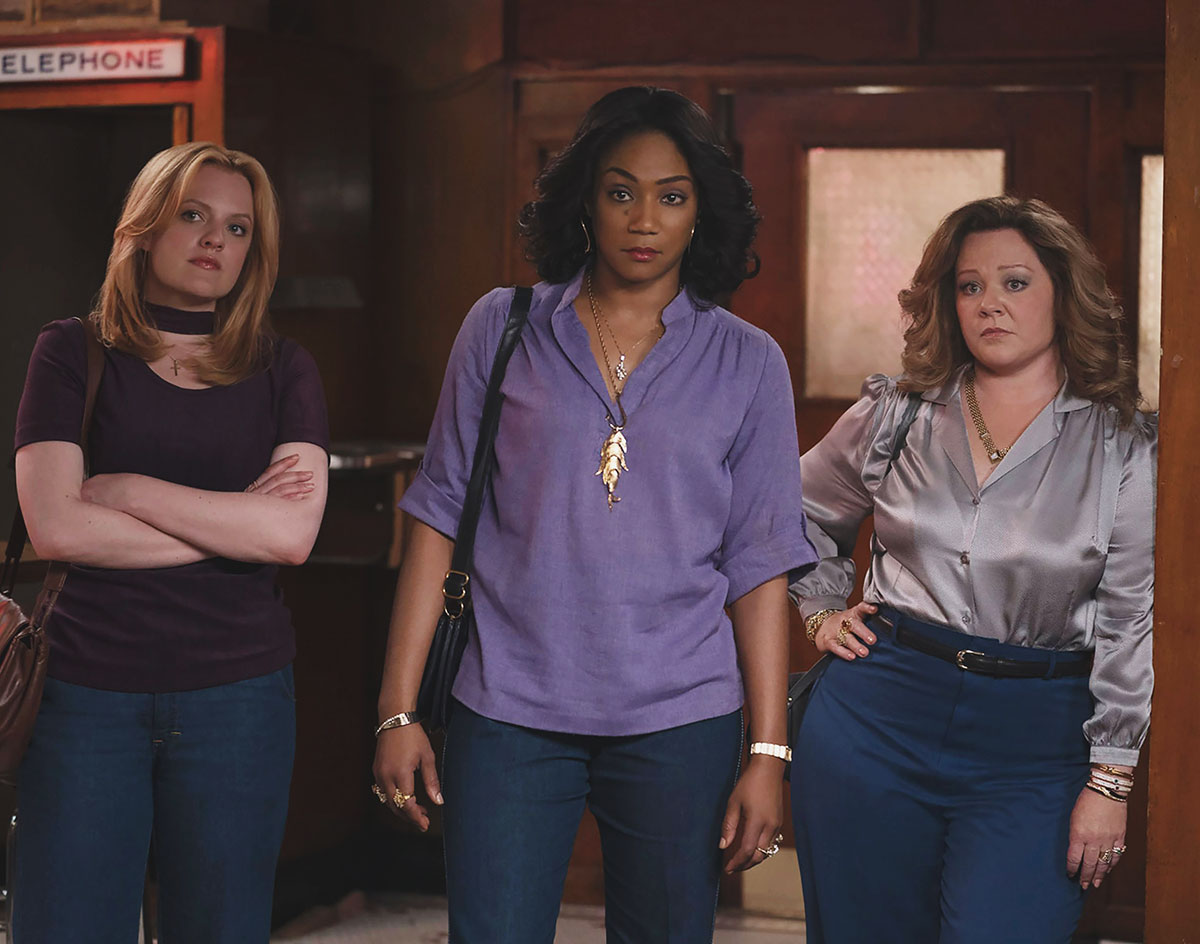 On The Kitchen, Blinded By The Light, Luce And The Rest Of August 2019’s Top New Releases, Limited Showings And Repertory Screenings Around Dallas.

It’s hard to believe the summer’s almost over.

The time seemed to fly by, but it seemed like an eternity at the movies, where we were served a lot of decent and terrible pictures, but almost nothing truly great.

I don’t know if there are any masterpieces lurking in August, but there’s at least some variety, with five family-friendly flicks, three different horror movies and a hard-R comedy starring 12-year-olds all on the slate — and that’s in addition to the four wide releases I’ve highlighted below.

Plus, there are also some intense indie dramas and a few repertory releases you probably haven’t seen.

Fast & Furious Present: Hobbs & Shaw.
Director: David Leitch.
Writers: Chris Morgan, Drew Pearce.
Cast: Dwayne Johnson, Jason Statham, Vanessa Kirby, Idris Elba.
Opens: Friday, August 2.
I have never been a Fast & Furious guy. I thought the original was an extremely dumb Point Break knockoff for people who only imbibe energy drinks. Fast Five was a solid enough heist movie, I guess, but that’s the extent of my affection for the series. But this spinoff, which ditches almost all the fast cars and “family” nonsense for a Mission: Impossible riff starring two of the biggest action stars in the world? This sounds like my jam. Plus, it adds Vanessa Kirby as Statham’s sister and Idris Elba as the genetically enhanced bad guy. The trailer basically gives away the whole movie, but this looks like the awesome action movie that was sorely missing from this summer. Our own James Wallace really dug it, anyway.

Blinded by the Light.
Director: Gurinder Chadha.
Writers: Gurdinder Chadha, Sarfraz Manzoor, Paul Mayeda Berges.
Cast: Viveik Kalra, Aaron Phagura, Nell Williams, Dean-Charles Chapman.
Opens: Wednesday, August 14.
Sing Street was the Central Track’s film-writing staff’s collective favorite movie of 2016, and I won’t be surprised if we’re all similarly enamored with this kindred spirit. Loosely based on co-writer Sarfraz Manzoor’s own life, it tells the story of a British-Pakistani teenager (Viveik Kalra) and how his outlook changes when he discovers the music of Bruce Springsteen. The Boss is one of my all-time favorite musicians so you better believe I understand the life-changing power of “Born to Run.” This is the rare Sundance acquisition to get a wide release right away, so Warner Bros. is hoping there are millions of people like me.

Where’d You Go, Bernadette?
Director: Richard Linklater.
Writers: Richard Linklater, Holly Gent, Vincent Palmo Jr.
Cast: Cate Blanchett, Billy Crudup, Emma Nelson, Kristen Wiig.
Opens: Friday, August 16.
This is a case where I just have to trust the talent involved, because so far I haven’t been convinced by any of the trailers or ads. In this adaptation of the best-selling novel, Cate Blanchett plays the title character, a put-upon a mom who disappears one day to go on a journey of self-discovery. She’s great no matter the role, and Linklater has been on a tear for the last few years, including Bernie, Before Midnight, Boyhood, Everybody Wants Some and Last Flag Flying. I’m hoping this continues the streak.

Luce.
Director: Julius Onah.
Writers: Julius Onah, J.C. Lee
Cast: Naomi Watts, Octavia Spencer, Tim Roth, Kelvin Harrison Jr.
Julius Onah adapts his own play in this tense drama. Newcomer Kelvin Harrison Jr. plays the title character, a gifted immigrant student who squares off against his teacher (Octavia Spencer) who threatens to derail his future after he turns in a controversial paper. His adoptive parents (Naomi Watts and Tim Roth) are caught in the middle, torn between believing in their son and dealing with the disturbing information that comes to light.

One Child Nation.
Directors: Nanfu Wang, Jialing Zhang.
The Grand Jury Prize winner at this year’s Sundance Film Festival, this documentary explores China’s barbaric one child policy and the generation of people who had their kids taken or killed. This one’s bound to be a tough but rewarding watch.

The Peanut Butter Falcon.
Directors: Tyler Nilson, Mike Schwartz.
Writers: Tyler Nilson, Mike Schwartz.
Cast: Shia LaBeouf, Dakota Johnson, Zack Gottsagen, John Hawkes.
The Audience Award winner at SXSW, this dramedy stars newcomer Zack Gottsagen, who has Down syndrome, as a handicapped boy who escapes the facility where he lives, teaming up with a drifter (Shia LaBeouf) to travel to a wrestling school he saw on TV. Dakota Johnson plays his caretaker charged with bringing him back.

Them That Follow.
Directors: Brittany Poulton, Daniel Savage.
Writers: Brittany Poulton, Daniel Savage.
Cast: Alice Englert, Walton Goggins, Olivia Colman, Thomas Mann.
I missed this one at Sundance, but it’s got a hell of a cast. Alice Englert and Thomas Mann play a young couple who live in rural Appalachia among snake handlers. When Englert expresses doubts about their dangerous religious rituals, she’s ex-communicated, leading to an explosive confrontation.

The Stunt Man.
Director: Richard Rush.
Writers: Richard Rush, Lawrence B. Marcus.
Cast: Peter O’Toole, Steve Railsback, Barbara Hershey, Alex Rocco.
Playing At: Alamo Drafthouse Lake Highlands.
Showing: Monday, August 5.
A great dark comedy that’s been all but forgotten today, this extremely meta film is one that deserves to be seen on the big screen. Steve Railsback plays a fugitive who agrees to become a stunt man as a cover. In an Oscar-nominated role, Peter O’Toole plays the director, a sadistic egomaniac who subjects his new crew member to all sorts of physical and psychological torture. It’s an insane movie that has to be seen to be believed (though you probably won’t believe it yourself).

Sleepaway Camp.
Director: Robert Hiltzik.
Writer: Robert Hiltzik.
Cast: Felissa Rose, Jonathan Tiersten, Karen Fields, Christopher Collet.
Playing At: Texas Theatre.
Showing: Friday, August 9.
Famous for its twist ending, this was a string of endless slashers from the early ’80s. It’s got a very slapdash vibe. It’s no Halloween, but it’s a lot of fun. Lead actress Felissa Rose will be on hand to answer your questions about that ending, the film’s place in the horror canon, as well as anything else – so long as it’s an actual question and not “more of a comment.”

Scott Pilgrim vs. the World.
Director: Edgar Wright.
Writer: Edgar Wright.
Cast: Michael Cera, Mary Elizabeth Winstead, Alison Pill, Ellen Wong.
Playing At: Inwood Theatre.
Showing: Friday, August 16; Saturday, August 17.
One of the most visually inventive comedies of the decade, Edgar Wright’s comic book adaptation was a major flop in 2010, but it found a passionate cult pretty quickly. The film is a total blast, but it’s an even better movie once you realize that Scott is actually one of the villains of the story, and he has to actually grow up to have a real relationship, in addition to defeating Ramona’s seven evil exes.

Lolita.
Director: Stanley Kubrick.
Writer: Vladimir Nabokov.
Cast: James Mason, Sue Lyon, Peter Sellers, Shelley Winters.
Playing At: The Magnolia.
Showing: Tuesday, August 27.
I recently saw this for the first time and I still can’t believe they got away with this in 1962. The cast is incredible across the board, and the script – written by Nabokov himself, though rewritten by Kubrick – greatly expands the role for Peter Sellers, bringing his penchant for crazy characters into the story. That doesn’t work for everybody, but it certainly made it clear this is a straight-up comedy.