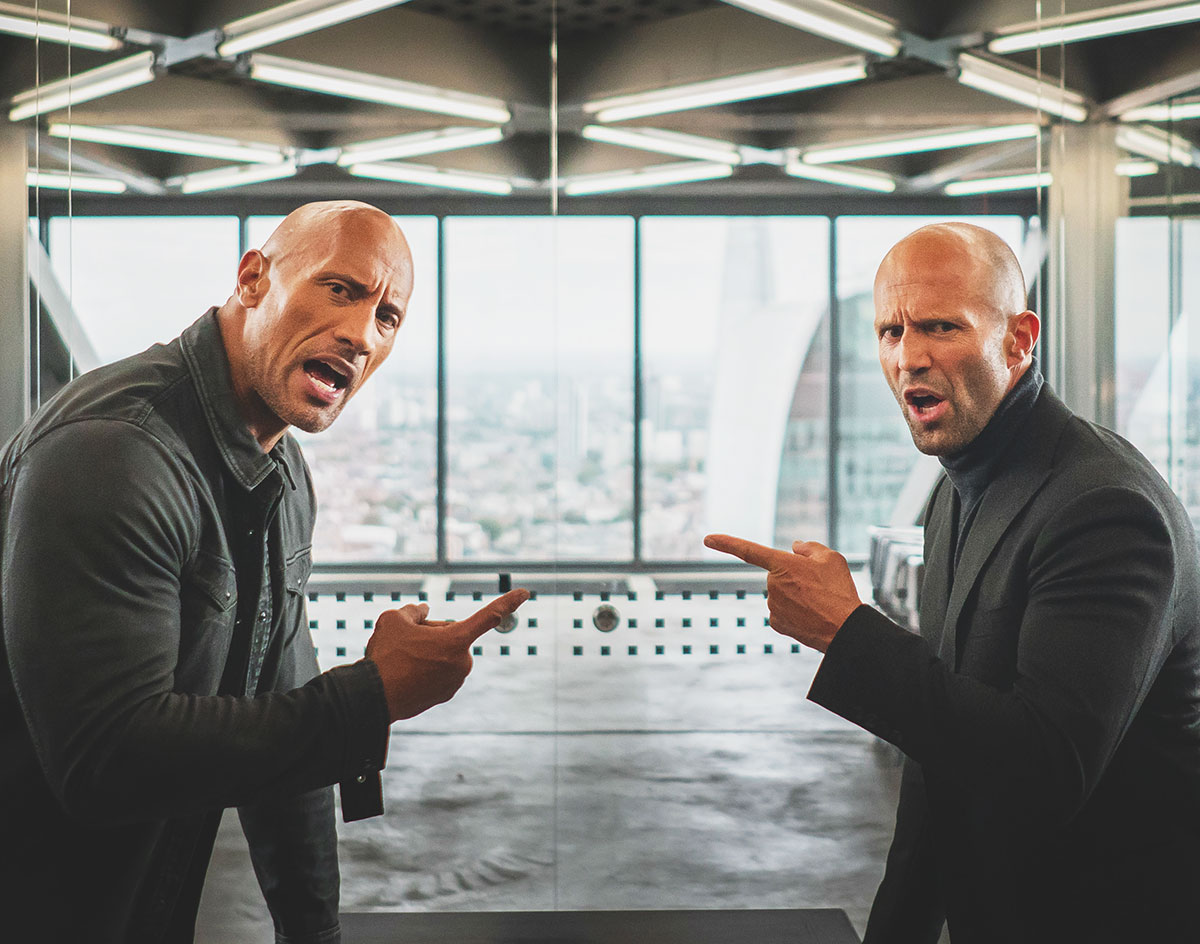 More Important: As The First Entrant Into The Fast & Furious Franchise To Embrace True Science Fiction Concepts, It Opens Up Some Exciting Possibilities.

There’s a moment in Hobbs & Shaw when a character is hacking something on a computer in front of a wall that’s been decorated with posters for action-comedy buddy classics Beverly Hills Cop, Another 48 Hrs., Lethal Weapon and more.

It’s not just an overt homage to the non-Fast & Furious films that laid the groundwork for this spin-off to the franchise. It’s director David Leitch (John Wick, Atomic Blonde, Deadpool 2) laying out exactly what he’s trying to achieve with this film.

Leitch brings a lot to the table — a John Wick‘s visual style and a Deadpool sense of humor, most of all — for the first spin-off in the adored series. More important, they’re elements that the main films in the franchise have been missing.

And, yes, I say this as someone who has been an unabashed fan of the franchise since long before it was cool to admit it.

While this may be a “Fast & Furious Presents” film, Hobbs & Shaw mostly feels like it’s attempting to pave new roads. It looks more like a Mission: Impossible movie than a Fast & Furious one in both scope and scale, but it really feels more akin to the ’80s and ’90s action comedies that that poster-filled wall winked at — a moderately budgeted sub-genre of yesteryear that was once a prominent shelf at the video store butsomehow paved way for these type of modern mega-budgeted star-studded offshoots.

It’s a fine balance to strike, especially nowadays, but Hobbs & Shaw does it well.

Universal was smart and clever to this turn this corner with the franchise given that, at some point, Vin Diesel & Co. will surely run out of gas. (Perhaps not anytime soon, though, given that the ninth film in the main story line is currently in production, and the last three films have been the highest grossers in the bunch. Not bad for an 18-year-old franchise that started off telling the story of small-time criminals boosting DVD players with Honda Civics and other 10-second cars that your best friend’s sister drove in high school.)

At this point in the series, anything is possible. Super cars roam the streets carrying deadly viruses and super soldiers are hellbent on worldwide genocide to jump-start the next step in human evolution. Oh, and somehow Oscar winner Helen Mirren is part of the growing ensemble.

Frankly, the whole franchise is a fascinating examination into reverse-engineering big-budget projects in this day and age of shared cinematic universes with multiple phases of interconnected films.

Specifically, Hobbs & Shaw continues the franchise’s trend of turning one film’s villain into the next film’s anti-hero. Just two films ago, Jason Statham’s Deckard Shaw was a bad guy who murdered a whole bunch of good-ish people that we all liked. Now, he’s behind the wheel, riding shotgun with Dwayne “The Rock” Johnson’s Luke Hobbs, continuing the tag team established in 2017’s The Fate Of The Furious. Here, they’re out to thwart Irdis Elba’s Brixton Lore, a genetically and artificially modified “Black Superman,” as he refers to himself. Along for the ride is Shaw’s sister Hattie (Vanessa Kirby) — presumably because this is still a Fast & Furious movie, which means it’s also still about family.

But the film’s core super-strength is not the big, blockbuster-y, explosion-y action set pieces or car chases — although those are certainly audience-pleasing spectacles, and perfect for the summer big screen. Rather, the comedic chemistry between Johnson and Statham is what has this film firing on all cylinders. Director Leitch, along with longtime franchise scribe Chris Morgan (he’s penned every film since Tokyo Drift), know well how to balance the action with the fun, and to leave things to the large and capable hands and mouths of its leading men where doing so makes sense. But while the action certainly delivers, the comedy is what keeps this one coasting.

In the end, Hobbs & Shaw is just a really fun movie. And, as the first film of the franchise to venture into some true sci-fi frontiers, it opens the door to some fun potential futures for this universe — including long-speculated plans to take our heroes to space sooner than later.

Hey, if Elon Musk can do it IRL, why can’t Dominic Toretto?