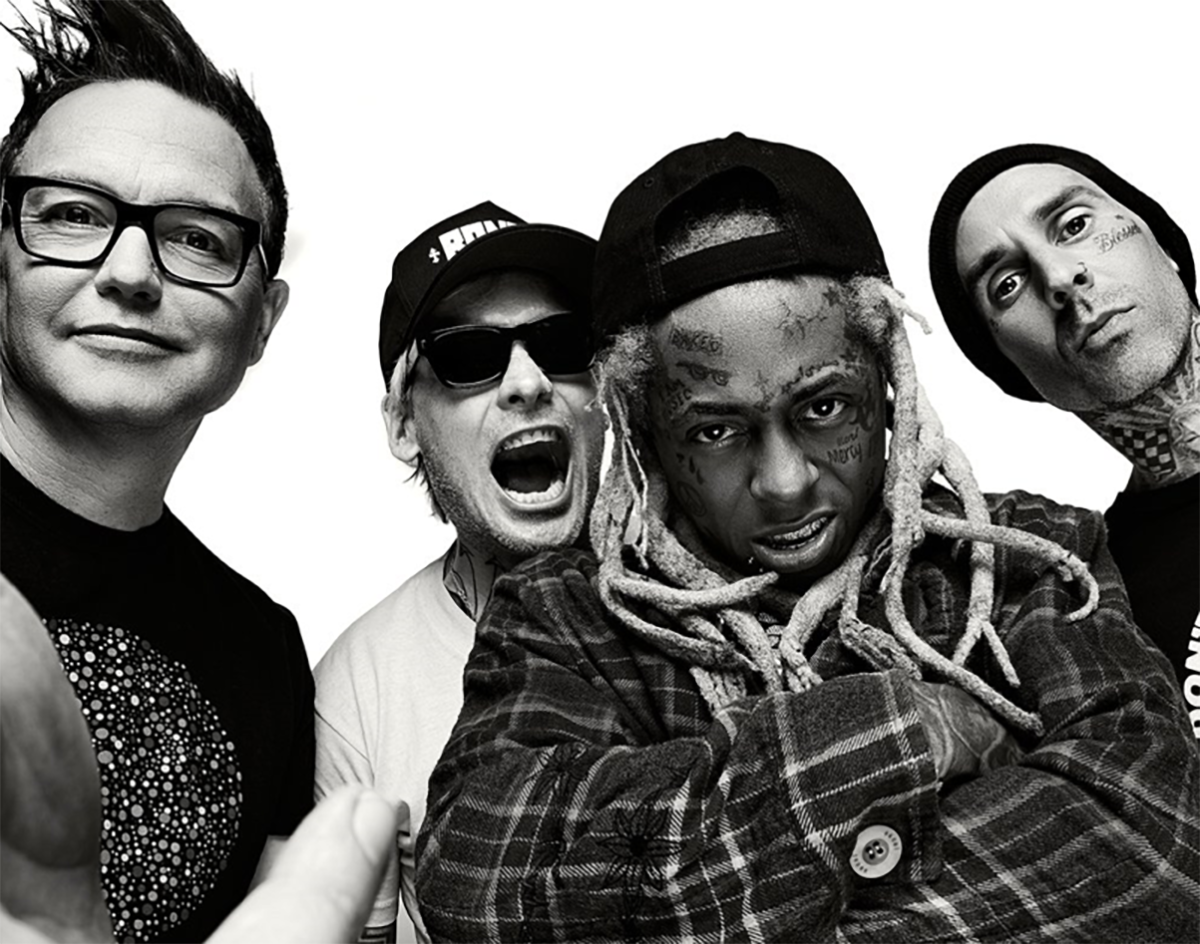 Fall In Love At The Blink 182 & Lil Wayne Show, Take A Trip To The Beast Coast With Joey Bada$$ And Roll Up To Wiz Khalifa. Plus More!

For those of you who were hoping to enjoy a celebration of the famous 1969 Woodstock festival, we have some bad news — the festival’s 50th birthday lineup has been cancelled.

Apparently, a lineup of Jay-Z, Chance the Rapper and Miley Cyrus coupled with legends like Santana and David Crosby was just too good to be true.

The festival — which seemed ill-fated from the jump — went through several setbacks as organizers of the event, including original Woodstock organizer Michael Lang, struggled to lock a venue.

In April, a marketing firm that was funding the festival dropped out and announced the cancellation of the event but organizers sought to soldier on and put on the event. Then, Watkins Glen Speedway in upstate New York pulled out as the venue which seemed to be the final nail in the coffin of cancellation.

Hey, at least they didn’t still try to pull it off to horrendous avail a la Fyre Festival.

You know what isn’t being cancelled? Our commitment to bring you a list of things to do in DFW this weekend.

MC Hammer, Sir-Mix-A-Lot, Kid’N Play, 2 Live Crew and The Funky Bunch Friday at The Pavilion at Toyota Music Factory
If you liked the ‘90s nostalgia in Captain Marvel, you might dig this tour package dubbed “Hammer’s House Party” that is trying to remind us of the days when dial-up internet was a luxury. While we’re on this subject, can there please be a ’90s R&B nostalgia tour? That would be dope. — Garrett Gravley

Blink 182 and Lil Wayne at Dos Equis Pavilion
This is an incredible pairing, and you are wrong if you think otherwise. — GG

Diplo at Stereo Live Dallas
Diplo being in town can only mean a few routine things: Hair glitter, holographic tights and him posting videos of girls he claims are “twerking.” — Jessika Hardy

Delbert McClinton at Granada Theater
This guy taught John Lennon how to play harmonica! Beyond that, he’s an influential blues rock artist with over 60 years of experience. He also has ties to Fort Worth. But ,y’know, sometimes you still have to mention a Beatle to add gravitas to someone’s name. — GG

Daniel Sloss: X at Majestic Theatre
Pregame his Dallas set with with this Scotsman’s first two stand up specials on Netflix called Dark and Jigsaw before he hits the stager with his “X” tour. — Travis McMillan

Grady Spencer and The Work at Dan’s Silverleaf
Missed them last week? Here’s your chance to see them again. — Stephanie Salas-Vega

Dave B at Three Links
Dave B is a multi-talented hip-hop artist who’s hometown of seatte considers him “the most endearing young rapper.” He has also toured as Macklemore’s opening act for two of his world tours, so far. This time, you can catch him sans-Macklemore on a tour of his own. — SSV

Bobby Sparks II at The Common Table
Bobby Sparks II has been playing the organ since he was 3 years old, and he has shared a stage with acts such as with Kirk Franklin, Ray Charles, Prince and many more. — TM

Dom Dolla at It’ll Do Club
Dom Dolla is an Australian house music producer who has been rising up in the last year, especially. He was named one of this year’s “rising stars” by Pete Tong on BBC Radio and “April’s ones to watch” on Billboard Dance. — SSV

Decrepit Birth at Gas Monkey Bar N’ Grill
Fans waited seven years for these California-heavy metal mainstays to release new album titled Axis Mundi. The band went on tour in 2017 to support the album with The Black Delilah Murder, but had to drop to do a medical condition from guitarist Matt Sotelo. — SSV

Ray Johnston Band at House of Blues
If you listen to Ray Johnston’s music, you might think he’s never had a bad day in his life. His music focuses on the positive sides of life, even during the days of when he suffered from Leukemia. What makes this guy even cooler? Before he became a country singer, he played point guard for the Dallas Mavericks. — SSV

CluedUpp Murder Mysteries: Fort Worth Detective Day
Would you like to participate in parading around a staged town pretending to solve a horrific and haneous crime? We thought so. CluedUpp (inspired by the game Clue) will be in downtown Forth Worth. For added fun, dressing up from the 1920’s is encouraged. — JH

Dada Life at Stereo Live Dallas
Celebrating 10 years of the no rules and Dada. As the duo says, “This is Dada life. Get ready to arrive beautiful and leave ugly.” — SSV

Quiet Company at Club Dada
Despite the band’s name, I wouldn’t expect this to be a quiet night. Expect indie rock and power-pop instead. — TM

Vatican, Typecaste, and Life’s Question at J&j’s Pizza (Denton)
The Vatican will be at the show, but don’t expect an opening act from the Pope. He strikes us as more of a soft jazz guy, anyway. — TM

Robbie Fulks and Linda Gail Lewis with Redd Volkaert at Dan’s Silverleaf (Denton)
Blue grass and country will take over Dan’s as Robbie Fulks and co. deliver the twang. — TM

Brett Young at Billy Bob’s Texas (Fort Worth)
Brett Young was the 2017 ACM male vocalist of the year, and he has a new single out called Catch. Already two great reasons to check his show out. — TM

Hair Band Heaven Featuring Metal Shop, Ashmore And Battle Ax at House of Blues
Tease your hair and wear your best studded belt and come ready to rock your face off as you let the sounds of hair bands of the past fill your soul. — TM

Prom Farts Fest at Three Links
I am sure it won’t smell as bad as the name implies, though it is a festival so… no promises. — TM

Ladies Night Out! Hosted by Nene Leakes at The Theatre Grand Prairie
Every lady needs a night out, and this one comes not only with laughs, but with a real housewife of Atlanta, too. — TM

Emo Nite Dallas at Lizard Lounge
It’s been 15 years since My Chemical Romance released Three Cheers To Sweet Revengeand some of us are still pretty emo about it. Let us have this. — SSV

Throwed Ese and Peso Peso at The Green Elephant
Ok, based on these rapper’s names alone, we are in. — TM

Yoga and Beer at Wild Acre Brewing Company
Namaste! And cheers, too. — TM

Kill Em All at Gas Monkey Live!
This Metallica tribute band named themselves after Metallica’s studio debut album, which turned 36 this year. Which, where did the time go? — SSV

Sublime with Rome at The Pavilion at Toyota Music Factory
The Venn Diagram of people who will come to this show and people who had a Boondock Saints poster in their college dorm is pretty much just a full circle. — GG

Dressy Bessy at Three Links
Dressy Bessy isn’t a brand of dolls from the 1950’s, it is however, a pretty cool band from Denver led by Tammy Ealom. — TM

Fea + Bruiser Queen at Sundown at Granada
Fea is everything but ugly. The Chicana punk band from San Antonio is the continuation of the band Girlfriend in a Coma. It caught the attention of Joan Jett, who signed them to her record label, Blackheart. — TM