Coming Attractions: On Wonder Woman, All Eyez On Me and More. 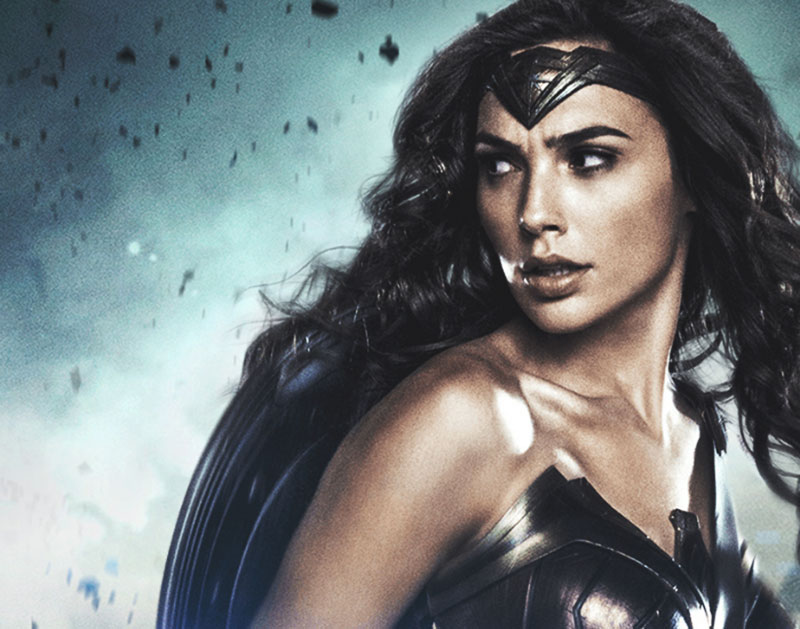 On Wonder Woman, All Eyez On Me, Baby Driver and The Rest Of June’s Wide Releases, Limited Screenings and Repertory Showing Best Bets.

There’s an absurd amount of interesting-looking movies coming out this June after a somewhat dire May. Hey, maybe this summer won’t be so bad after all!

Also, June means you can get in on the region’s best film festival, as the Oak Cliff Film Festival runs from June 8 through June 11 and features local premieres like David Lowery’s highly anticipated A Ghost Story, oddities like the Brett Gelman-Michael Cera dramedy Lemon and some free events like a fine comedy from one of the late greats.

That said, here’s what you’ll be watching in theaters this month, Dallas.

All Eyez on Me.
Director: Benny Boom.
Writers: Jeremy Haft, Eddie Gonzalez, Steven Bagatourian.
Cast: Demetrius Shipp Jr, Danai Gurira, Dominic L. Santana, Jamal Woolard.
Opens: Friday, June 16.
Musical biopics are usually pretty stale, which is one of many reasons why I love Walk Hard. But anyway, I’m hoping music video director Benny Boom can find the spark to tell the story of Tupac Shakur, one of the greatest rappers of all time. He’s even recruited Jamal Woolard to reprise his role as the Notorious B.I.G. (from the otherwise meh Notorious). Hopefully, it won’t be an exercise in hero worship, but instead show the complexity of a true artist. Also, here’s hoping it doesn’t let the supremely shady Suge Knight off the hook.

Baby Driver.
Director: Edgar Wright.
Writer: Edgar Wright.
Cast: Ansel Elgort, Lily James, Jamie Foxx, Kevin Spacey.
Opens: Wednesday, June 28.
I saw this at SXSW and I am so excited for everyone to see this for the first time because it’s the antidote for every overblown summer blockbuster that you forget the second you leave the theater. Ansel Elgort plays a hearing-impaired getaway driver who soundtracks all his escapes. He gets pulled back in for “one last job,” while trying to plan his ultimate getaway with his waitress girlfriend (Lily James). Jamie Foxx and Kevin Spacey bring the menace as the heavies trying to keep him in their grasp.

[A note about limited releases: Unlike the big movies, which are booked months or years in advance, these ones don’t make it to Dallas on a regular schedule. It’s all up to the distributors and the theaters, which are usually independent. Check out the websites for both Angelikas (Dallas and Plano), both Drafthouses (Cedars and Richardson), the Magnolia and the Texas Theatre throughout the month to see what’s showing where.]

The Big Sick.
Director: Michael Showalter.
Writers: Kumail Nanjiani, Emily V. Gordon.
Cast: Kumail Nanjiani, Zoe Kazan, Ray Romano, Holly Hunter.
One of my most anticipated films of the year is this romantic comedy from real-life married couple Kumail Nanjiani and Emily V. Gordon. In it, they retell their odd love story (with Zoe Kazan playing Emily), which had several hiccups along the way, including a break-up and Emily going into a medically induced coma. Ray Romano and Holly Hunter play her disapproving parents.

Dean.
Director: Demetri Martin.
Writer: Demetri Martin.
Cast: Demetri Martin, Kevin Kline, Gillian Jacobs, Mary Steenburgen.
Movies about sad white guys figuring their lives out are a dime a dozen. But Demetri Martin is one of my all-time favorite comedians, and his bits often underline his melancholic nature. Plus, he’s assembled some of my favorite people in the entire world for this film’s cast, so I’m all in for his take on the subgenre.

The Hero.
Director: Brett Haley.
Writers: Bretty Haley, Marc Basch.
Cast: Sam Elliott, Laura Prepon, Krysten Ritter, Nick Offerman.
One of my biggest SXSW regrets was not seeing this indie dramedy about a Western legend trying to reconnect with his daughter (Krysten Ritter). Yes, there are echoes of The Wrestler, Crazy Heart and The Meddler here, but damn if Sam Elliott isn’t one of the most charismatic screen presences ever.

Akira.
Director: Katsuhiro Otomo.
Writer: Katsuhiro Otomo, Izo Hashimoto.
Cast: Mitsuo Iwata, Nozomu Sasaki, Mami Koyama, Tessho Genda.
Playing At: Inwood Theatre.
Showing: Friday, June 2; Saturday, June 3.
One of the most legendary anime of all time, Akira has been acclaimed for nearly 30 years, even if it wasn’t a big hit at first. Its legend is so big that it’s also considered one of the best animated and science fiction films ever made. Its scale and storytelling are essentially unrivaled. Luckily, this is the subtitled version and not the controversial dub.

Tampopo.
Director: Juzo Itami.
Writer: Juzo Itami.
Cast: Ken Watanabe, Tsutomu Yamazaki, Nobuko Miyamoto, Koji Yakusho.
Playing At: Texas Theatre.
Showing: Saturday, June 3.
Eatng a full meal while watching a movie isn’t such a foreign concept any longer, considering how many theaters are built around that exact premise it now. But there’s something about a themed meal that takes it up a notch. Sure, the Drafthouses do a great job with their menu specials, but let’s be real, their offerings are usually just a variation on a burger or a pizza. At the Texas Theatre’s showing of Tampopo, the Japanese film about the strange inhabitants of a popular noodle shop, they’re actually partnering with a local chef to serve up fresh ramen before and after the movie.

Something Wild.
Director: Jonathan Demme.
Writer: E. Max Frye.
Cast: Jeff Daniels, Melanie Griffith, Ray Liotta, Margaret Colin.
Playing At: The Better Block. (700 W Davis St, Dallas, TX)
Showing: Saturday, June 10.
I finally saw this offbeat comedy classic after Jonathan Demme died in April — and, my god, what a vibrant, entertaining film it is. Melanie Griffith plays a free spirit who convinces uptight banker Jeff Daniels to pose as her husband for the weekend of her high school reunion. Their great time is spoiled by the appearance of her actual husband (Ray Liotta), who has just gotten out of prison. Best of all, this Oak Cliff Film Festival-sponsored outdoor screening is free to attend.

Rio Bravo.
Director: Howard Hawks.
Writers: Julse Furthman, Leigh Brackett.
Cast: John Wayne, Dean Martin, Ricky Nelson, Angie Dickinson.
Playing At: Alamo Drafthouse Cedars.
Showing: Sunday, June 18.
I don’t think this is the best western ever made — hell, it might not even be the best one starring John Wayne — but it might just be the most entertaining one of them all. Howard Hawks’ direction is effortless, as Wayne serves as a sheriff again defending his town with a drunken Dean Martin and inexperienced Ricky Nelson — their characters are like that, too! — and an old coot played by the masterful Walter Brennan. It might be about 20 minutes too long, but it never drags. That makes it a perfect Father’s Day movie.