Chef Ryan Barnett Is Earning High Marks At Lark On The Park. 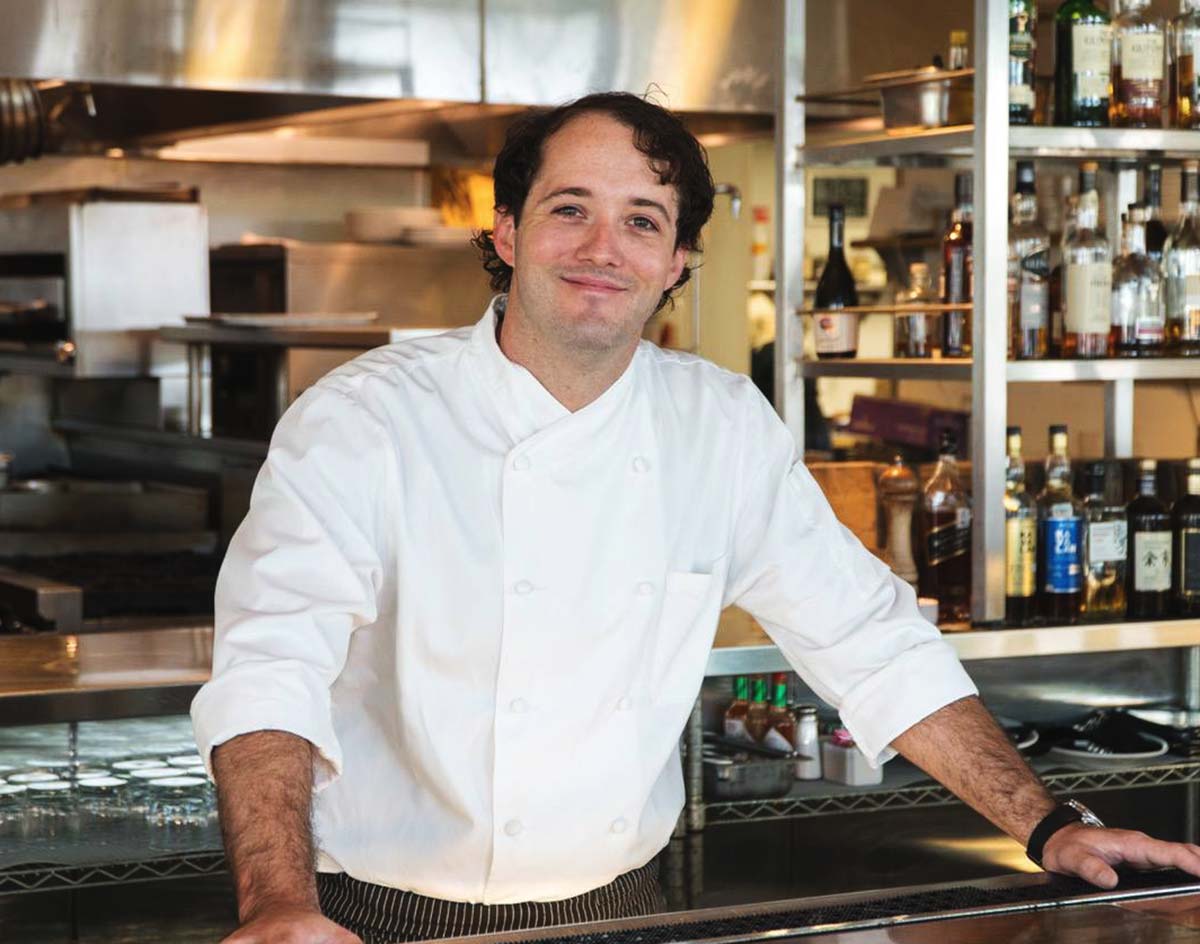 A Year Into His Gig At The Klyde Warren Park Restaurant, The Chef Lives By A Simple Motto: “Come In And Be A Little Bit Better Than You Were Yesterday.”

Five years after Lark on The Park first opened its doors, the restaurant with the enviable location within Klyde Warren Park is still turning heads.

Credit Ryan Barnett for keeping things fresh. A year into his role as Lark on the Park’s executive chef, Barnett’s developed a strong reputation for wowing somewhat unsuspecting diners with his intensely flavorful dishes. Need an example? Consider the octopus Lark serves up alongside pickled melons, or maybe the “lamb-chetta” that’s served up with smoked cherries.

Yes, the food that comes out of Barnett’s kitchen is befitting of the restaurant’s visually stimulating environment (its walls feature temporary chalk artworks by local artists) and its quite underrated bar.

As he turns into his second year in the gig, we recently caught up with the young chef to find out more about how he got to where he is, what keeps him going on a daily basis and what he wishes more of his guests would try.

What in your background inspired you to become a chef?
I was born and raised in Dallas, and I lived here until leaving for college. While attending the University of Mississippi, I was lucky enough to work in an incredible, completely-from-scratch kitchen called L&M’s Kitchen & Salumeria. There, I was exposed to so many techniques and exciting things: whole animal butchery with in-house charcuterie; a very seasonal and local approach to produce years before it was trendy; and a true passion for hospitality. L&M has been the biggest influence on me of all of the places I have worked. After school, I was able to take a series of jobs that allowed me to travel around the country — New Orleans, New York, Breckenridge — each time working in respected kitchens learning new cuisines and techniques.

And you just hit your one-year mark at Lark on the Park in July. What do you suppose you’ve learned in the last year back home in Dallas?
There are many different sides to this city, it’s always interesting. With our location in the Arts District, there is a vibrant theater scene that brings a variety of people in to see us. It’s nice to be thought of as a place to go during a celebration. We are a part of many business lunches for customers that might otherwise not dine with us regularly due to proximity to their houses. We have a large group of regulars that live in the area or come by everyday after work that give us that “neighborhood spot” vibe. No two days have been the same since I started, so it’s a lot of fun and keeps us on our toes.

Do you have a favorite dish on the Lark on the Park menu at the moment?
I love soft-shell crabs. Every year, as soon as they start showing up at the market, I want to use them wherever I can. We have a tempura-battered BLT on the menu right now that makes a great lunch, and we are using [soft-shell crab] almost nightly in different specials at the moment. We also have a variation of my family’s pimento cheese recipe on the menu as a pimento cheese fritter. It’s just so simple and takes me back to a different time. Plus, y’know, melted gooey cheese.

Is there a dish you wish you could make everyone who comes into the restaurant try?
Whatever octopus dish we have on the menu! I love the flavor and texture, plus it’s such a versatile protein. The current set is a grille and it has a hazelnut and Crenshaw melon mole along with about five or six different garnishes — macerated shallots, chile lime pepitas and a few different types of heirloom melons that we pickle or compress in house. The octopus takes on a great smoky note that I think pairs well with the slightly sweet melon and a few dots of habanero oil that really round out the dish.

I know you’ve been hosting a lot of wine dinners recently. Why have these become such a fixture for your dining room?
The wine dinners are a great chance for me to have a little fun and do dishes or progressions that we wouldn’t normally have on the menu. At the most recent dinner, I was able to secure four very large whole golden tilefish freshly caught in the gulf the day before. In a normal dinner service, we wouldn’t be able to serve a whole grilled six-pound fish to a single table. But for a wine dinner, when it’s served family style with a few different sauces and sides, it works. Having that set number of people and a defined game plan lets me make food that differs from what I normally do, but is still very much in my wheelhouse. I think it’s a chance for me to have a little fun, and it’s a great way to bring the cooks into the menu-writing process when we work on special event menus.

What’s the most challenging thing about your job as executive chef?
For me, I think the really challenging thing is just the push. The effort every day to come in and be a little bit better than you were yesterday. The internal challenge of trying to make food that is going to wow people and to push yourself and your staff to your creative limits — that’s really what drives me. You’re always going to have to worry about financial numbers, staff, critics, etc. So letting those get you down just pulls your focus from what’s really important: the food on the plate.

When those stresses get to you and you decide to relax with some booze, what’s your drink?
First drink of the night? Salty Lady by Martin House Brewing Company. After that, bourbon. It varies [on which brand], but it’s usually Elijah Craig Barrel Proof or Rebel Yell 10-year lately. I’m pretty simple. A single ice cube or small splash of water, and I’m set.

Cover image courtesy of LARK on the Park.  Know another food business worth highlighting in this space? Message foodbitch! Like a good cover band, she takes requests (so long as they don’t totally suck).