On G-Eazy, Lil Uzi Vert And Authenticity In Modern Hip-Hop. 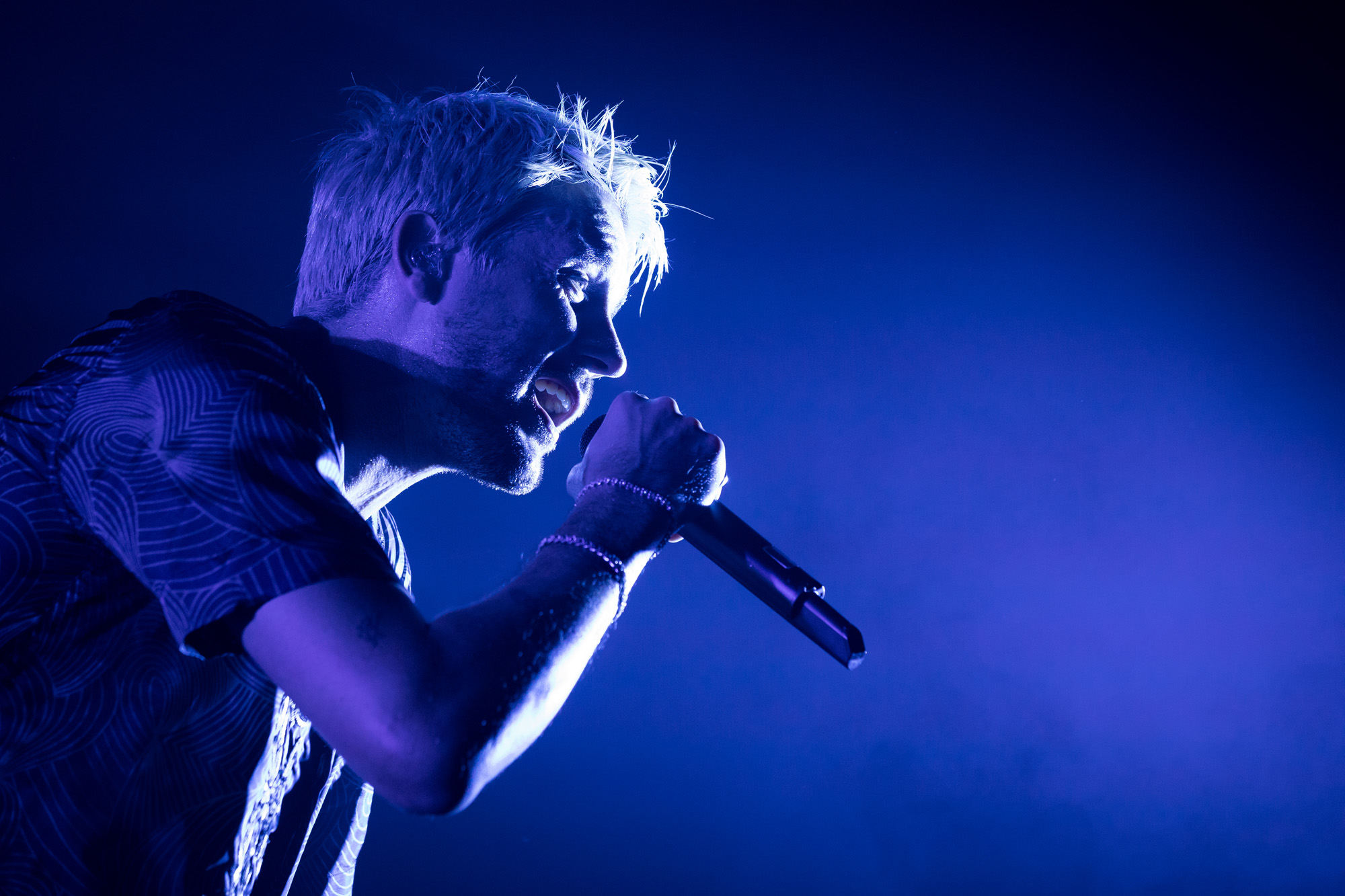 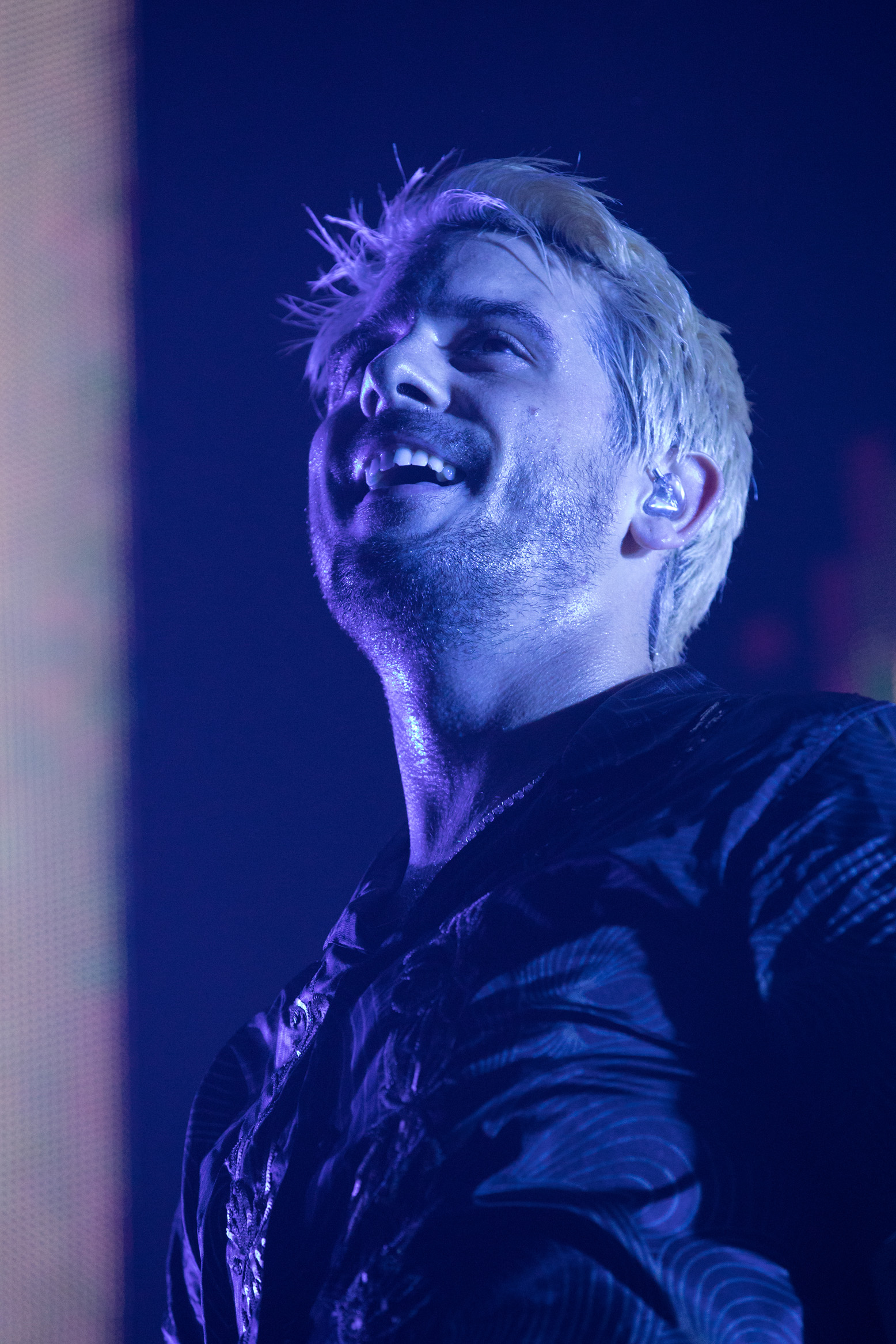 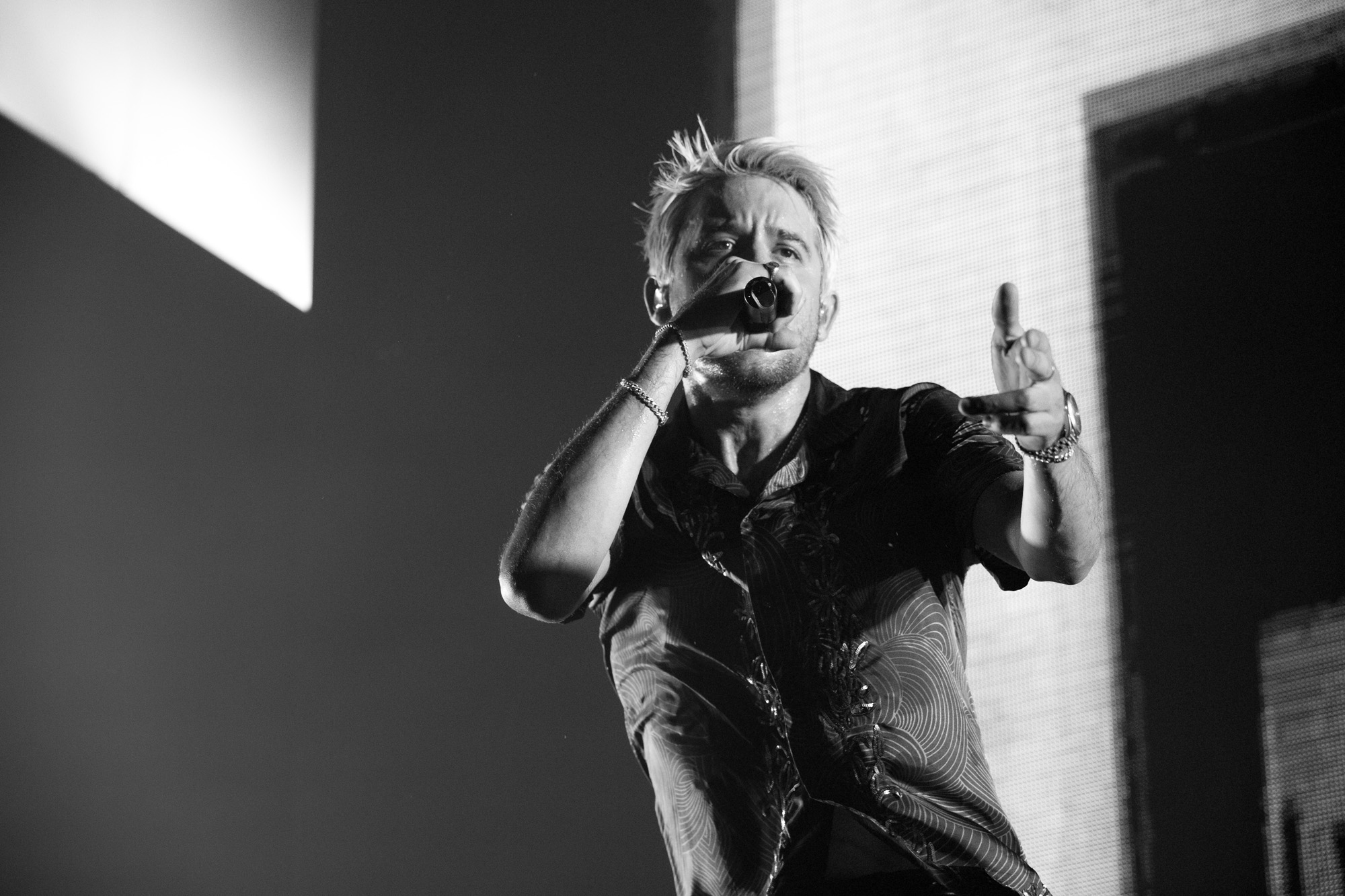 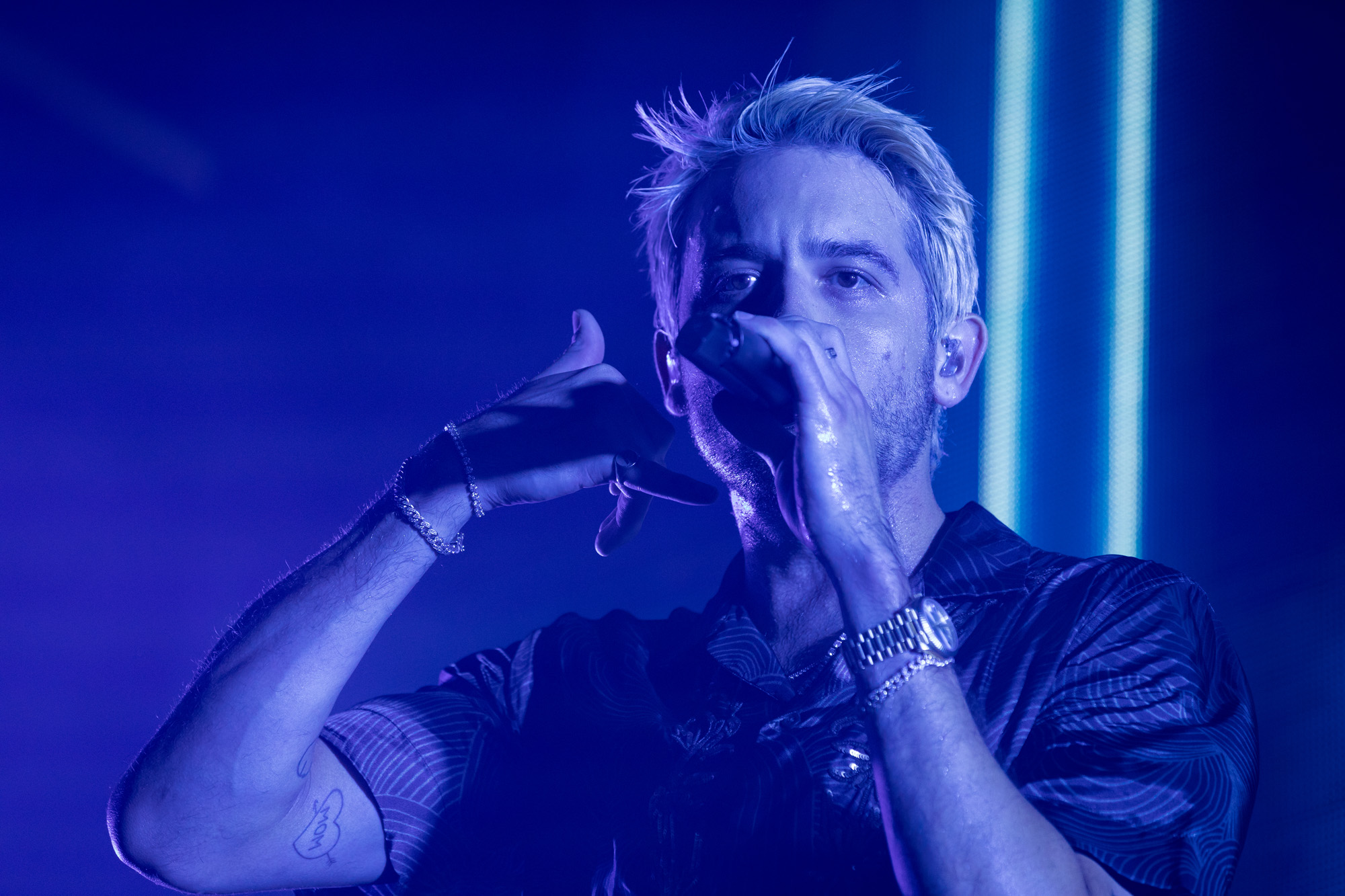 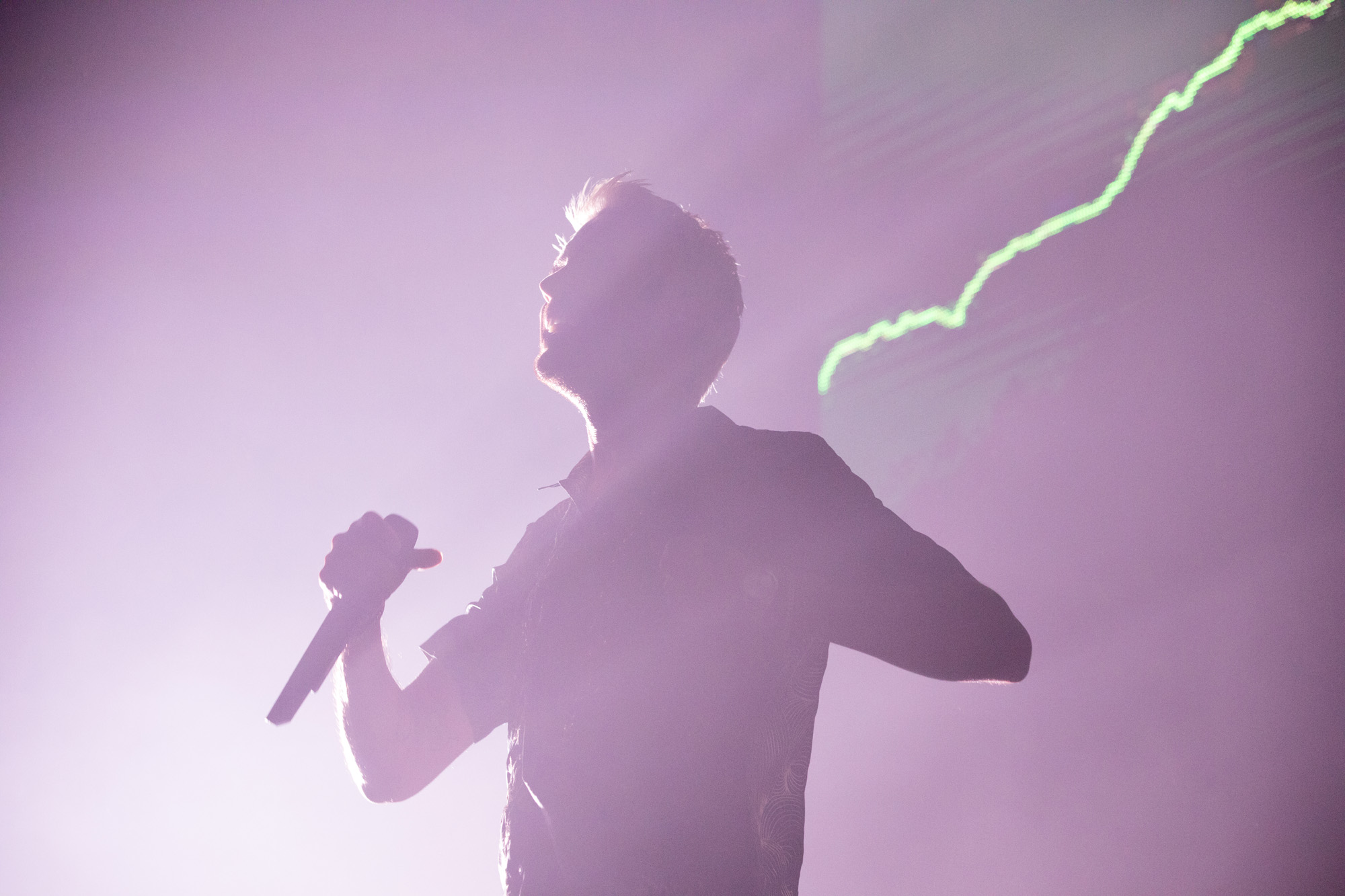 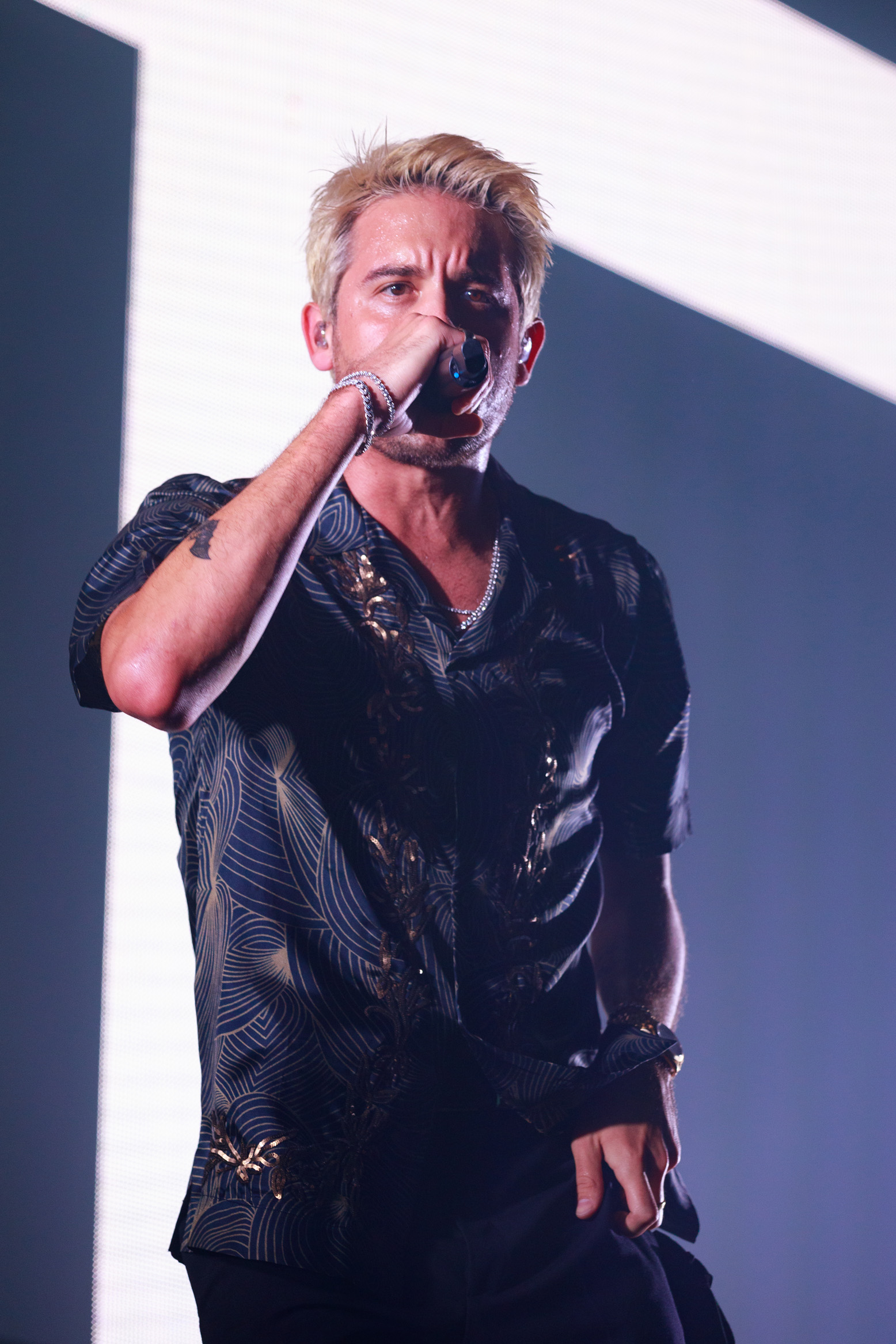 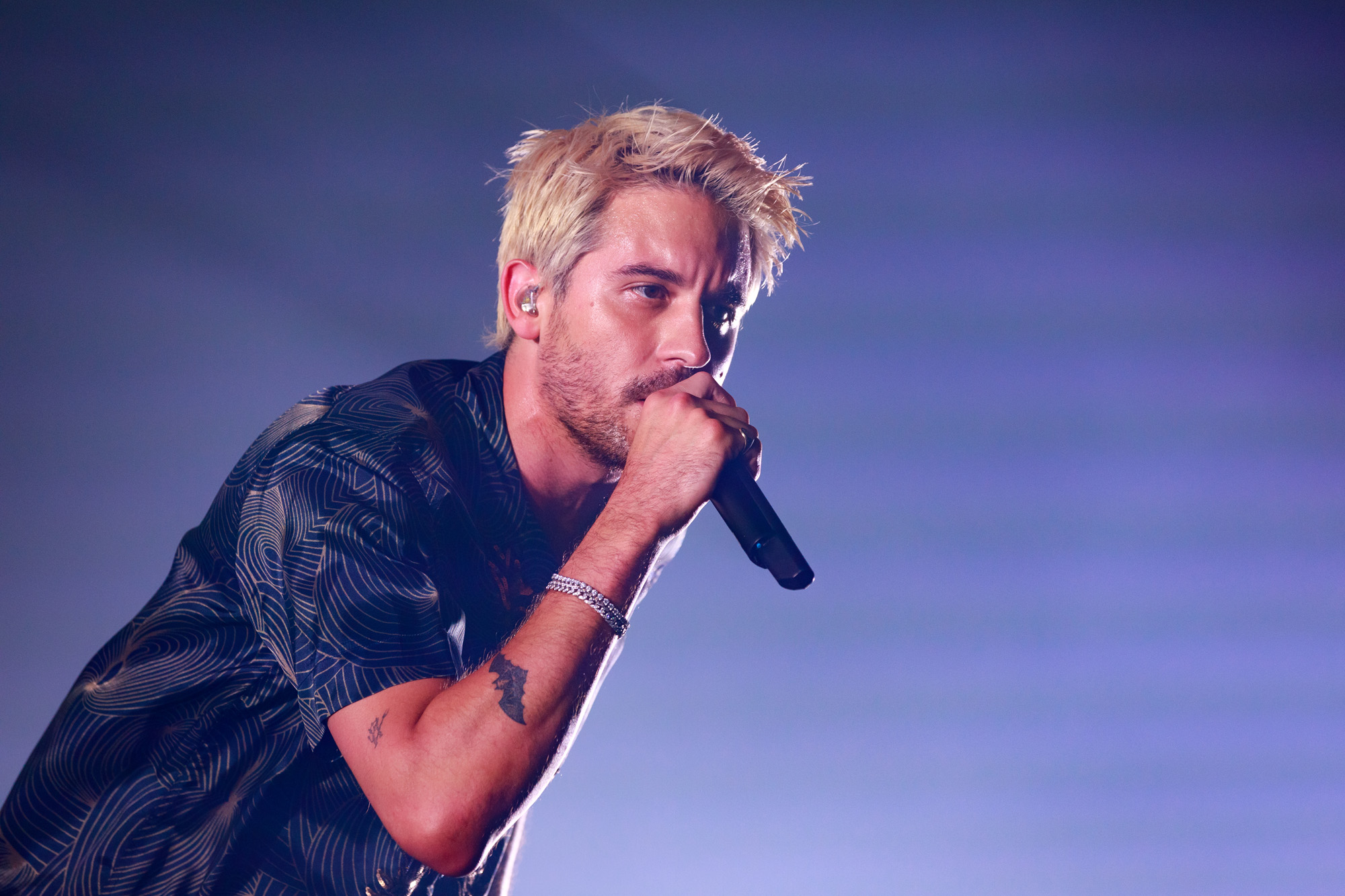 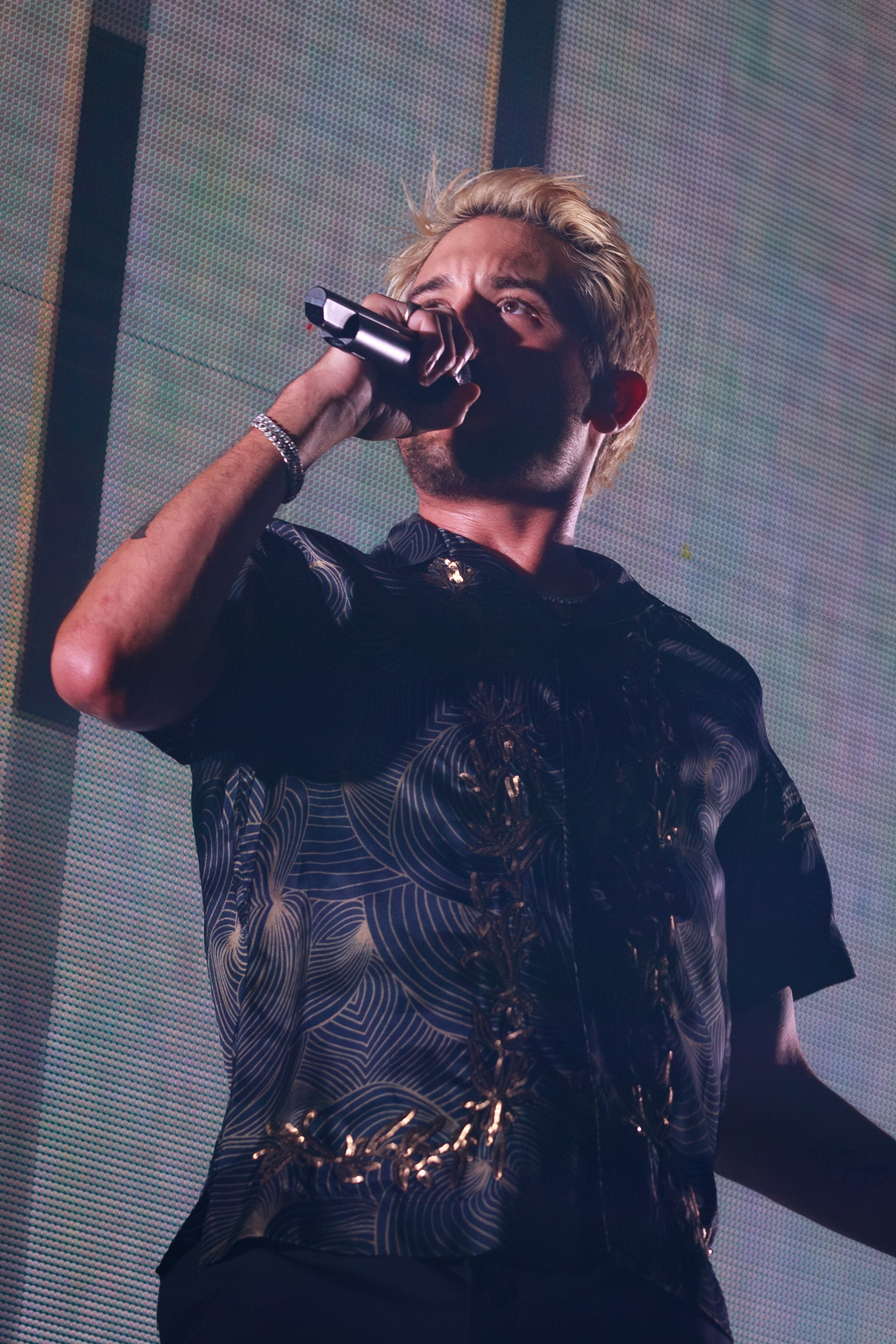 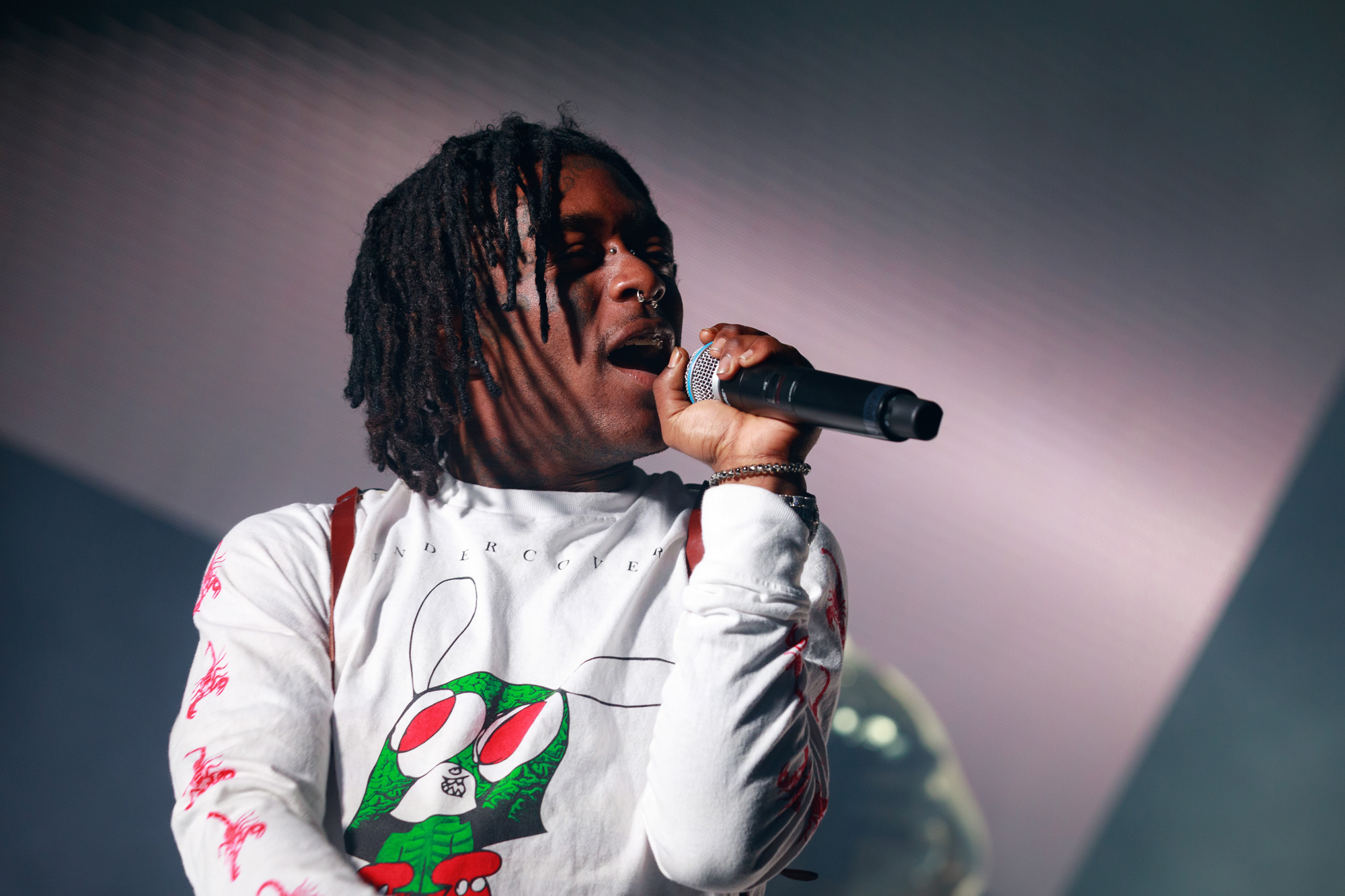 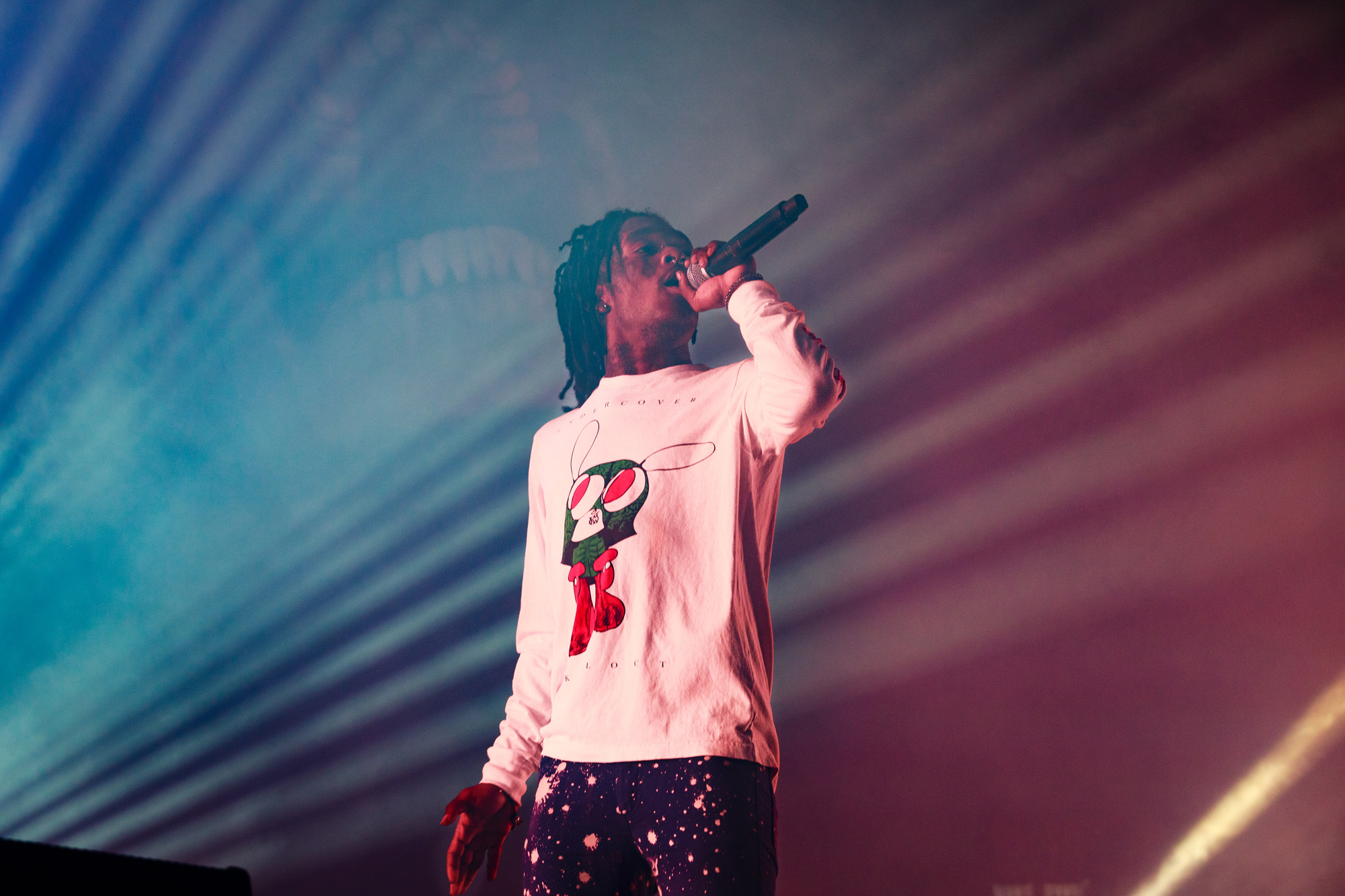 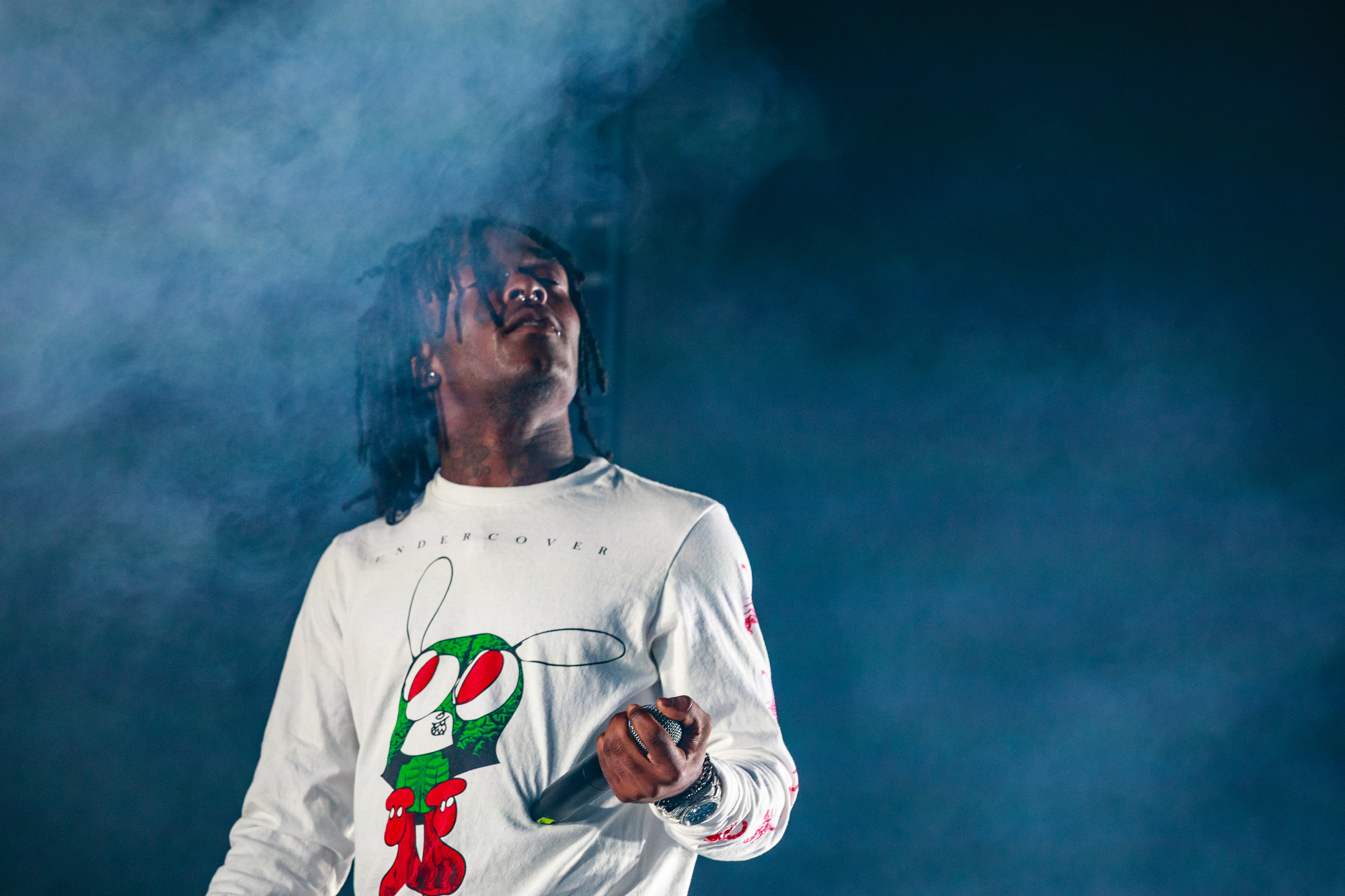 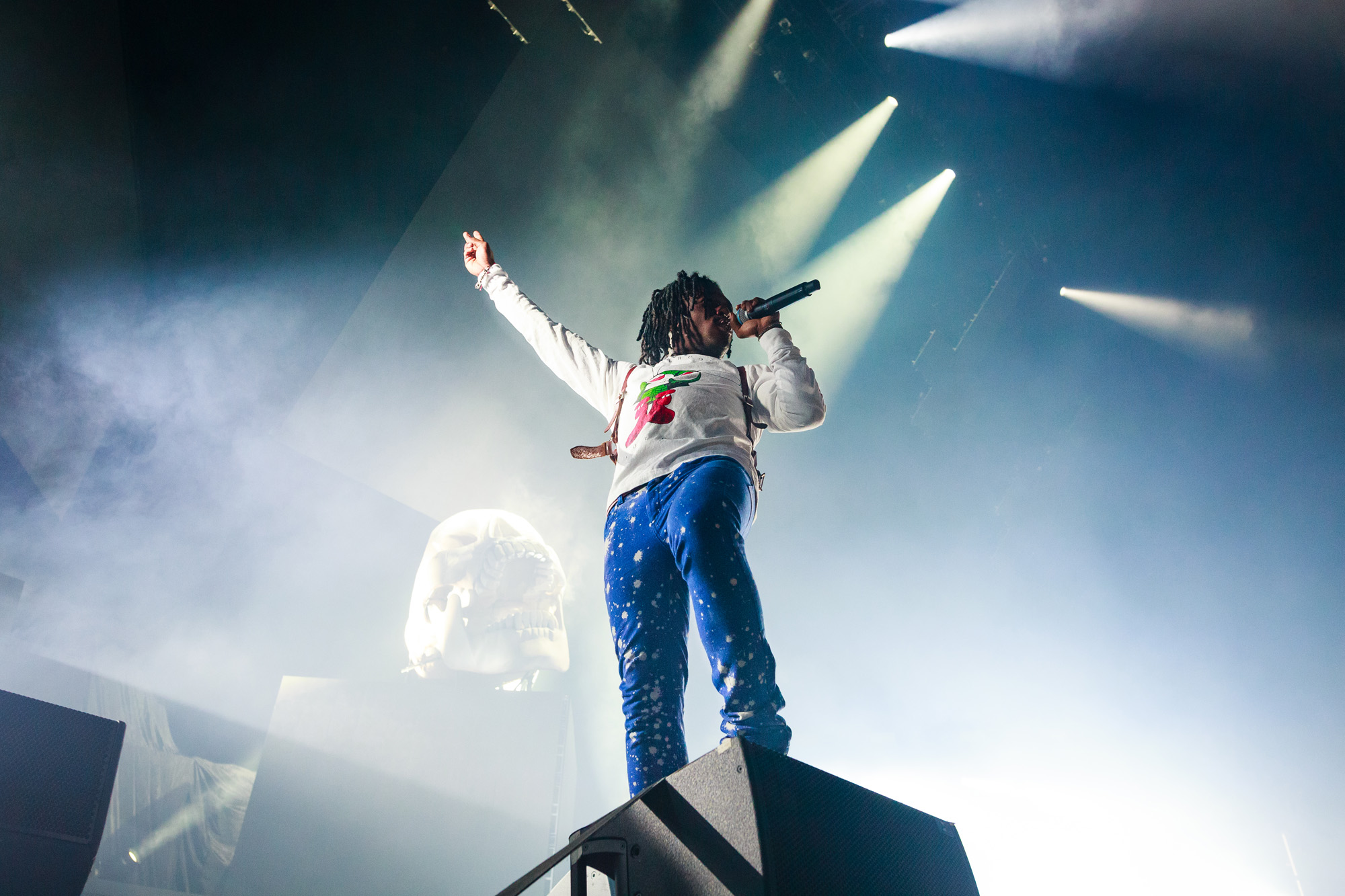 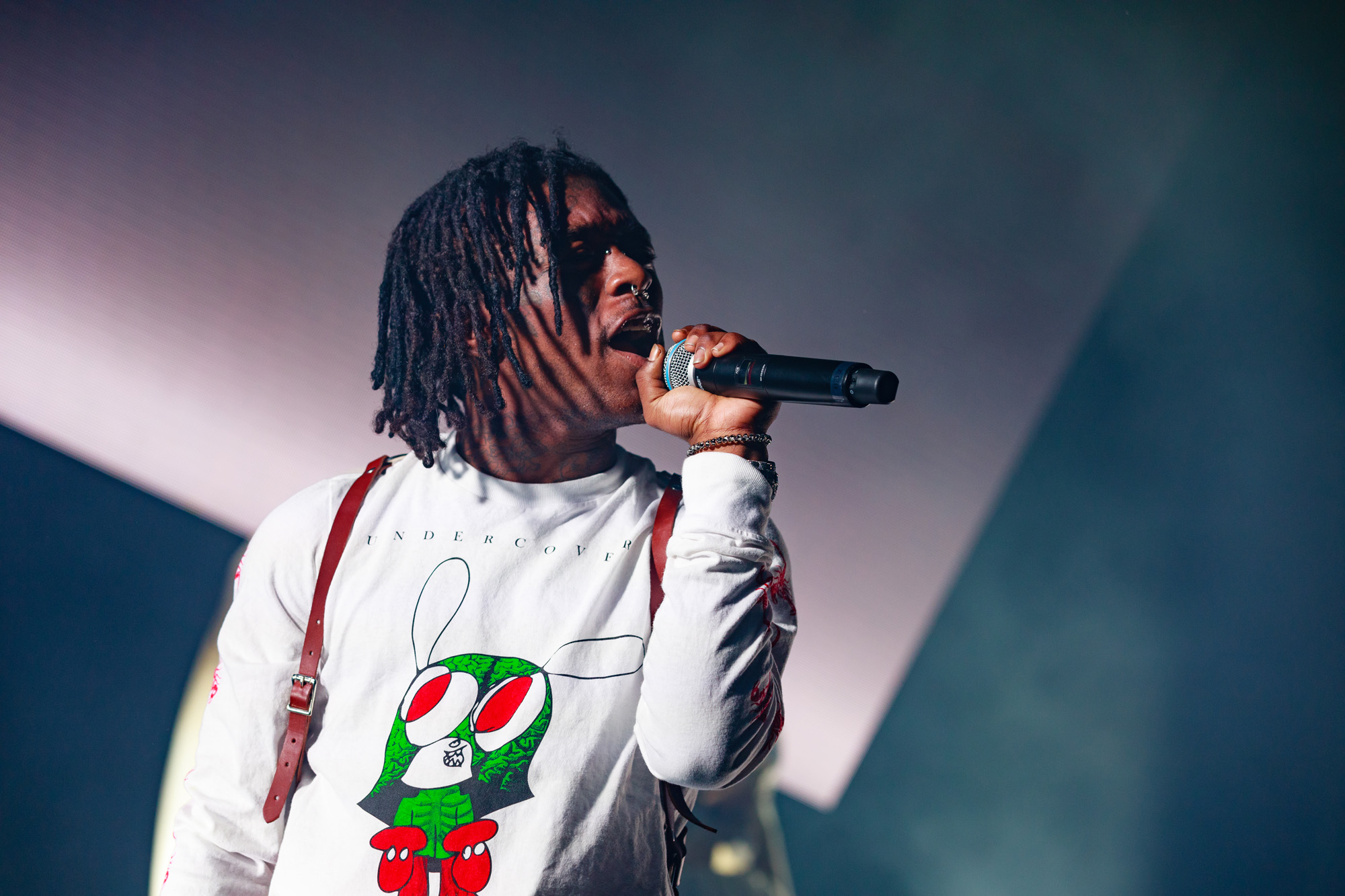 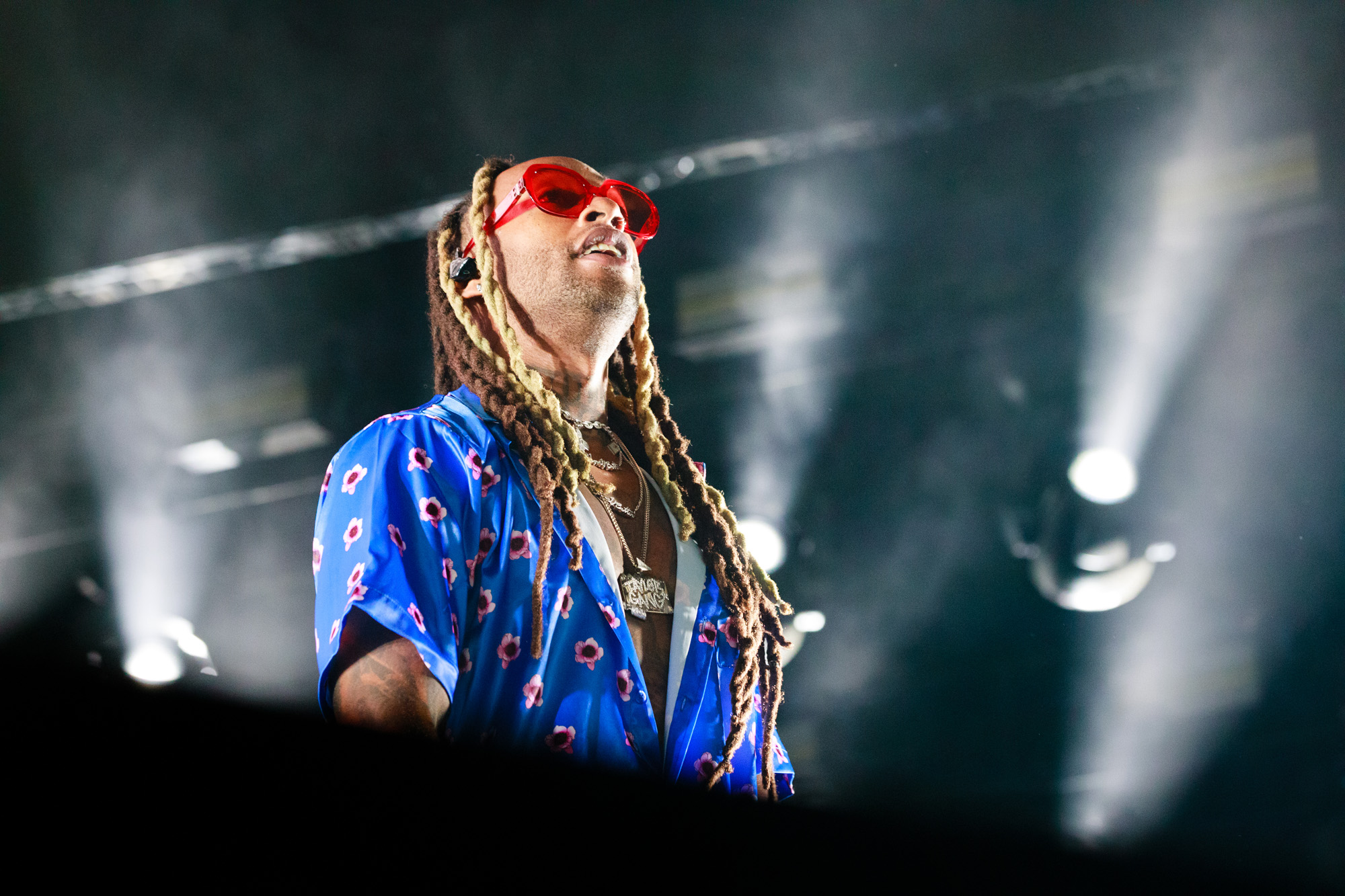 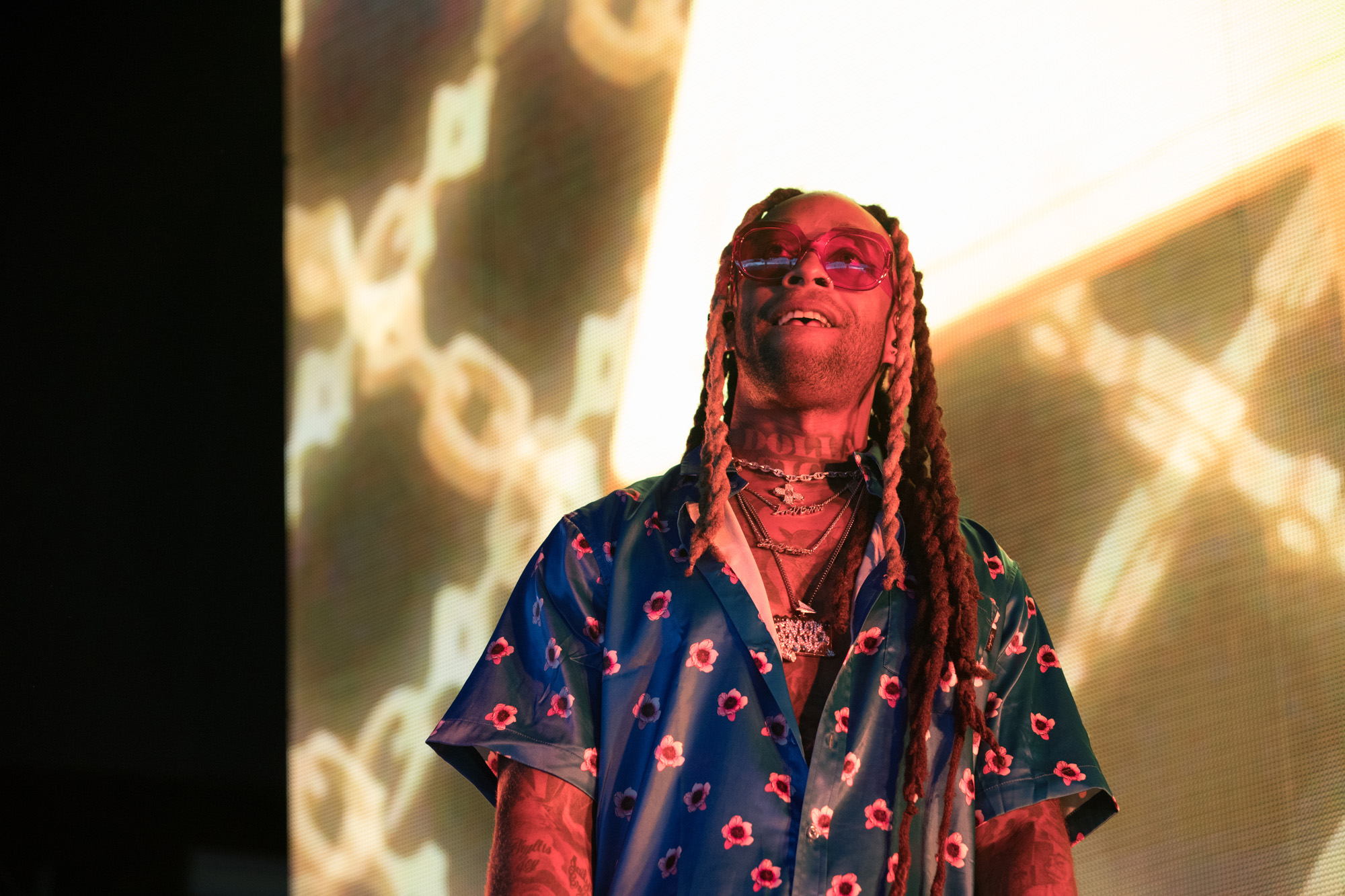 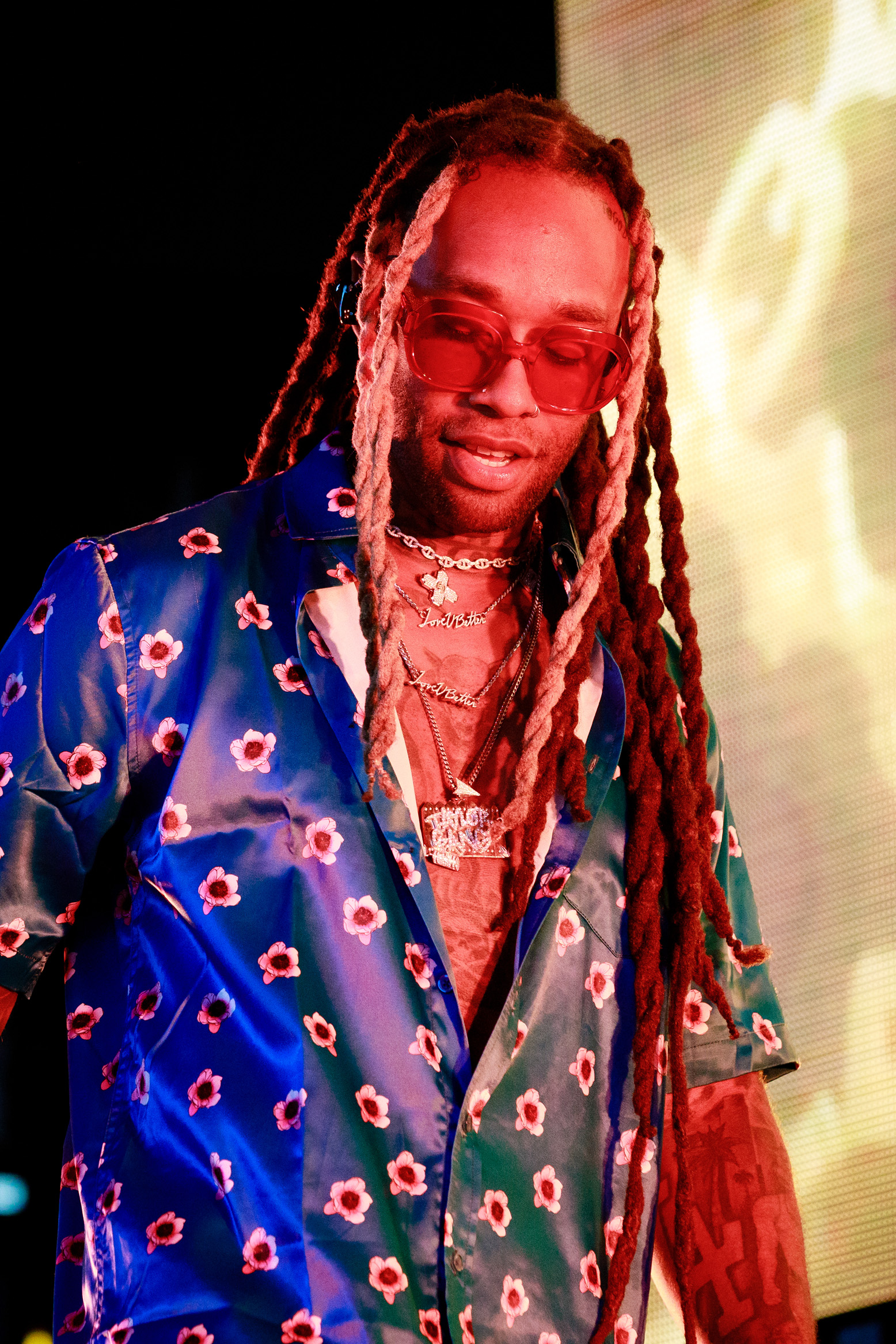 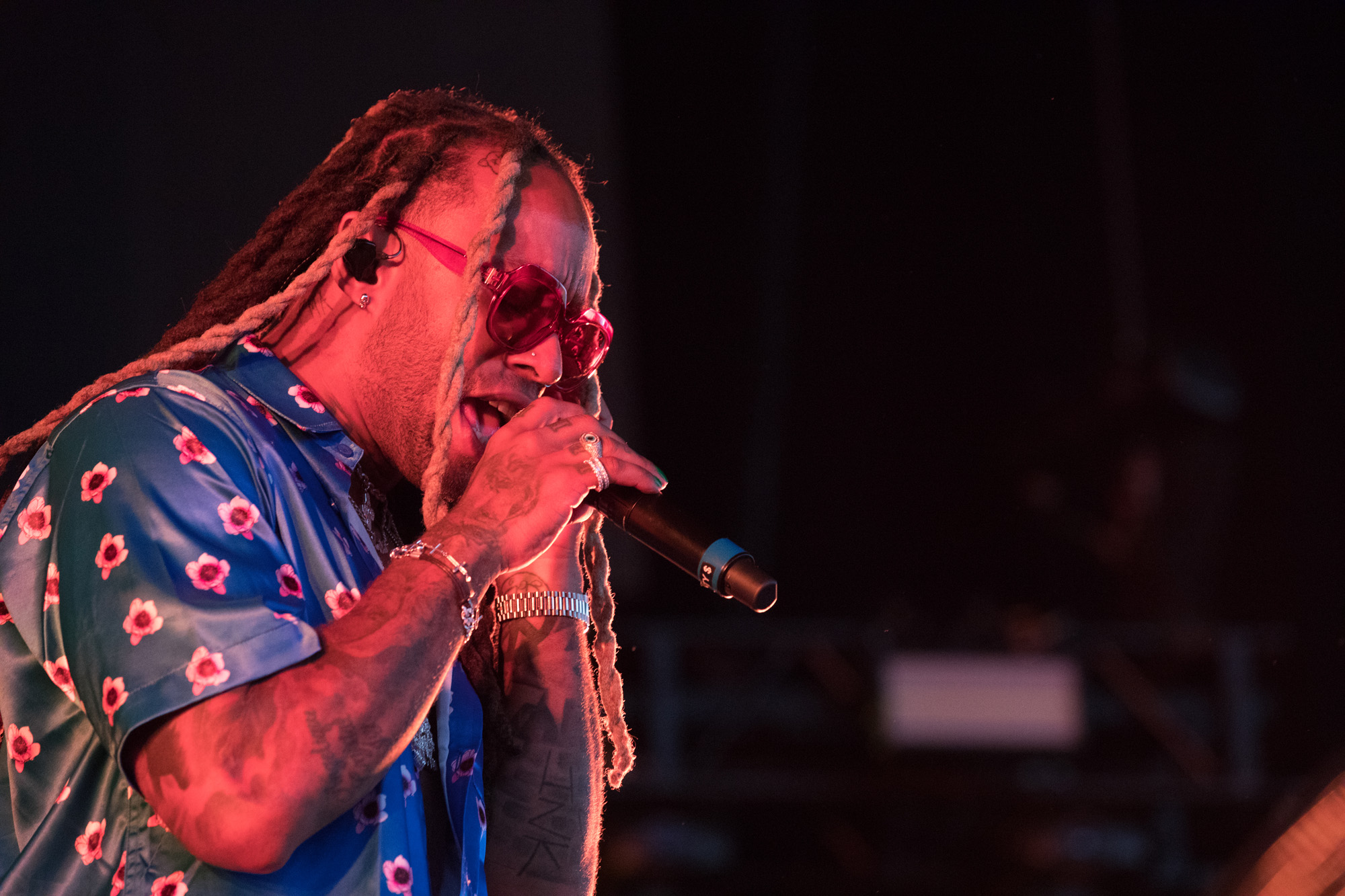 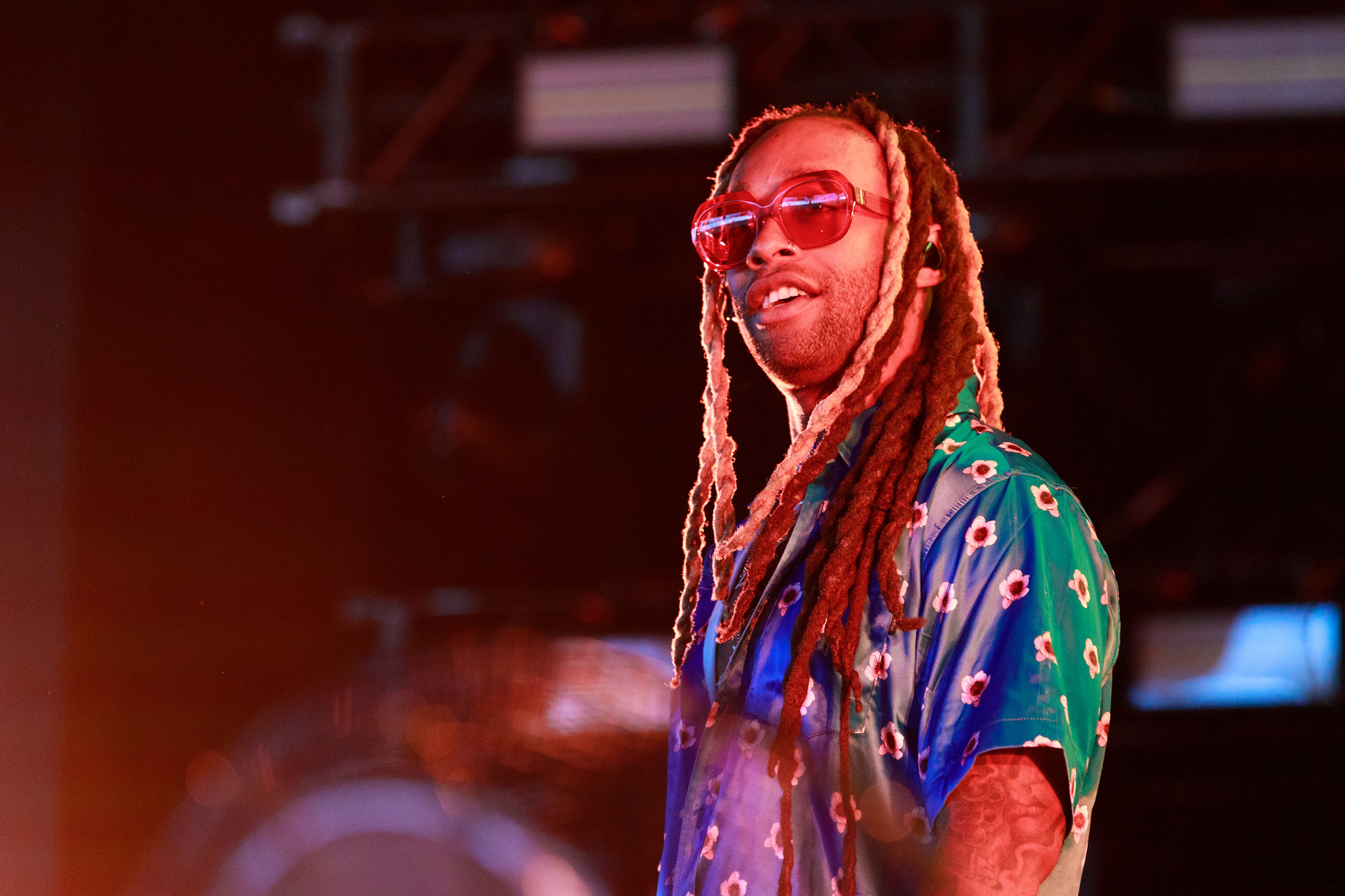 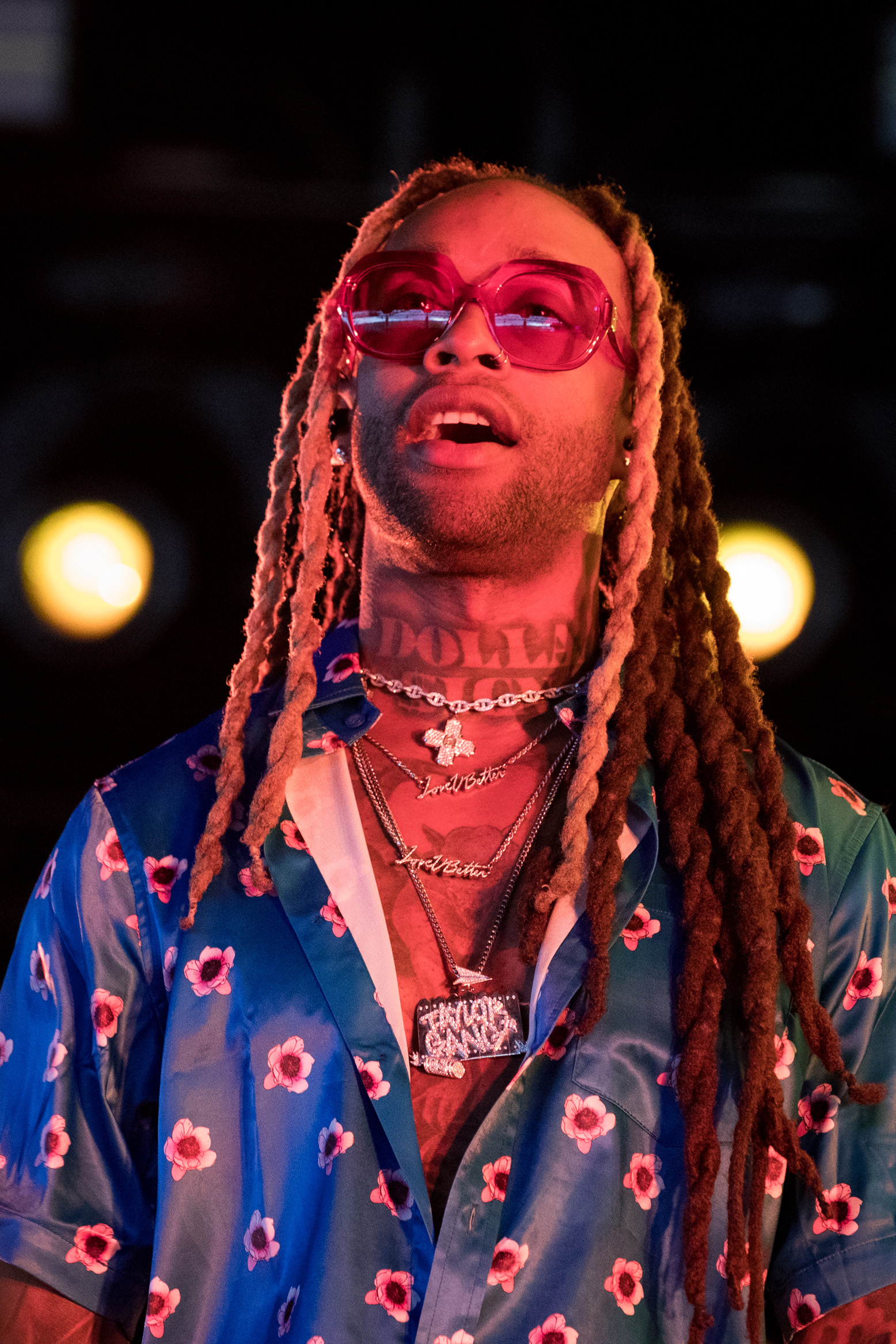 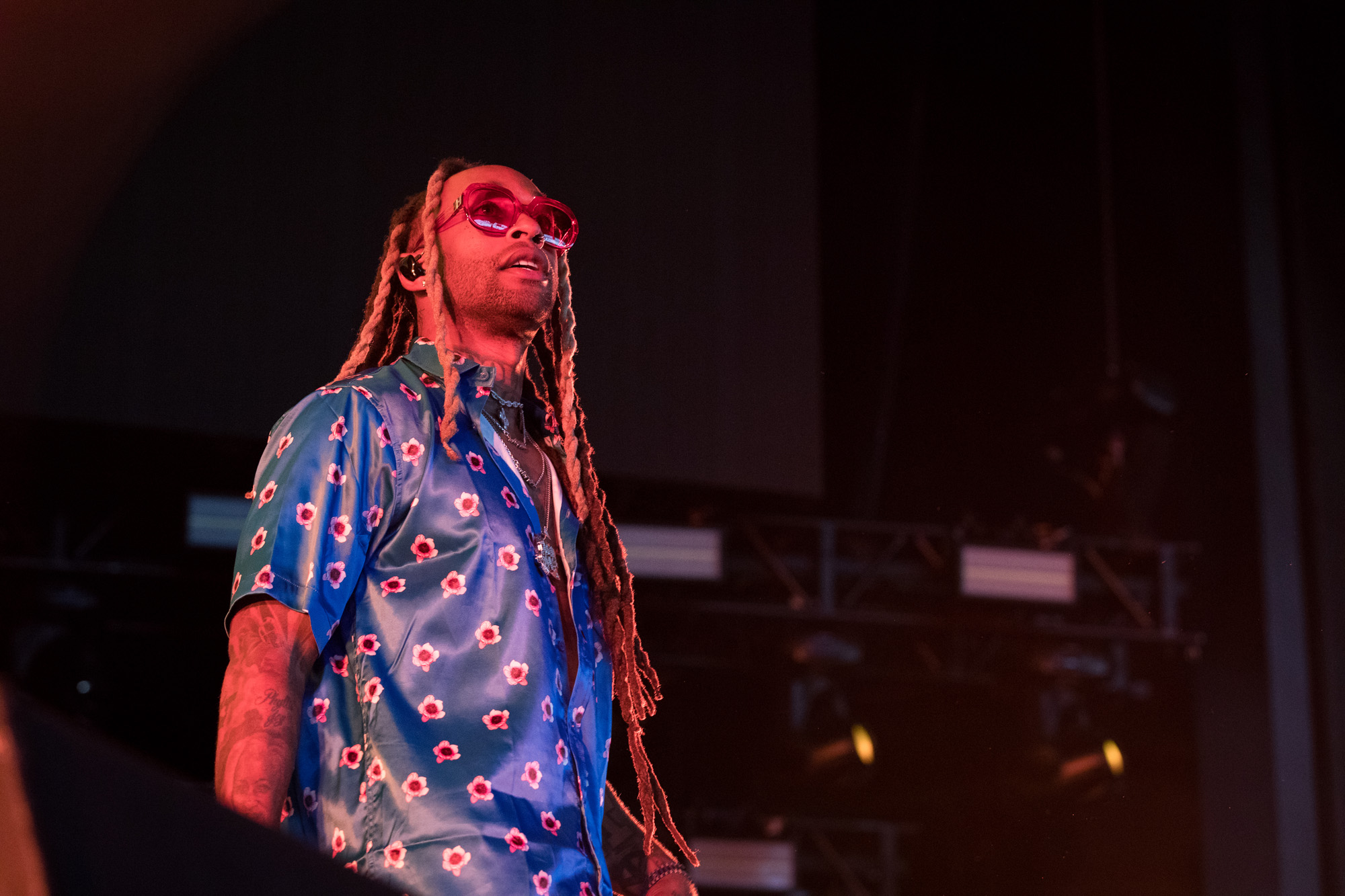 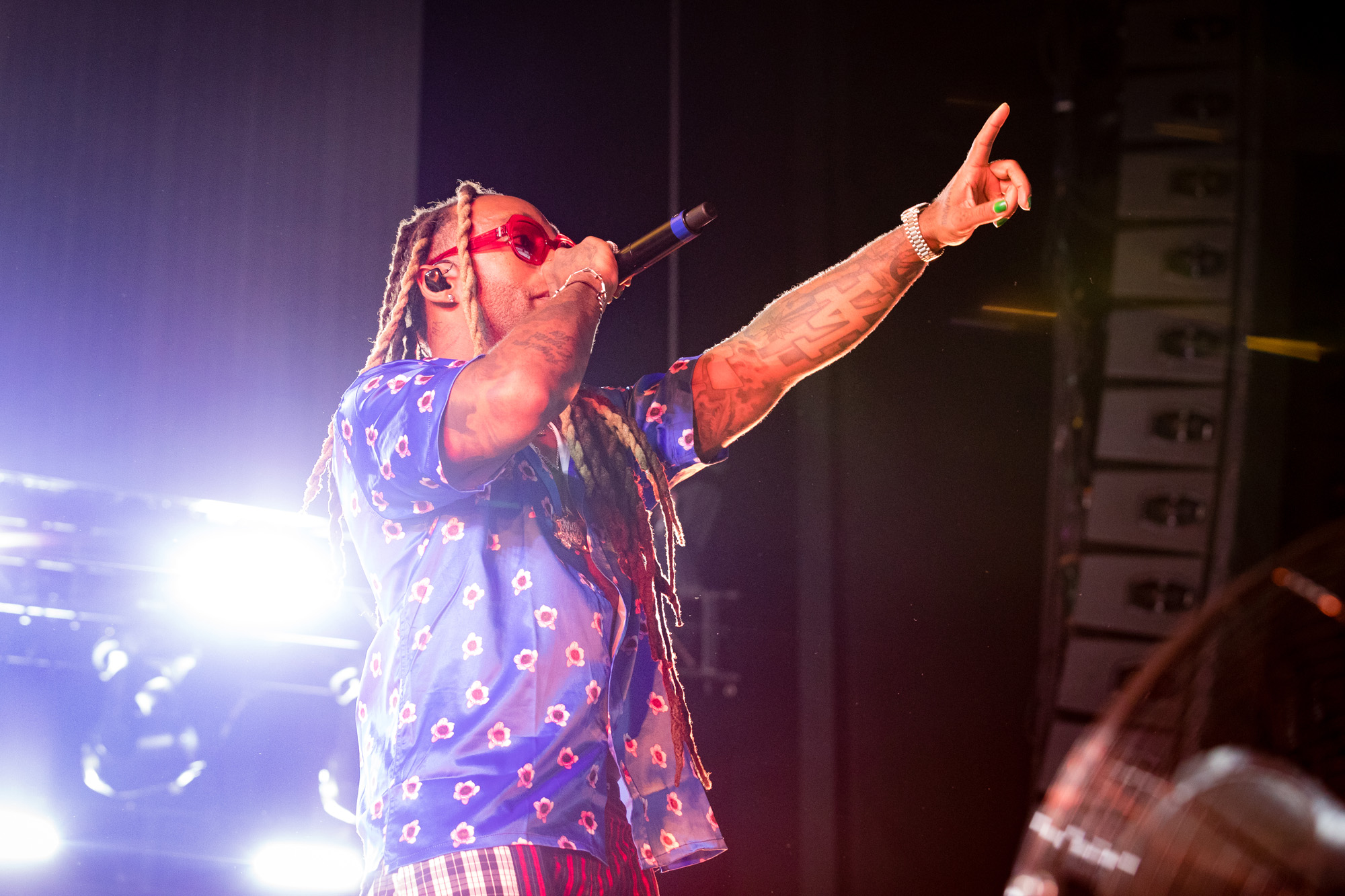 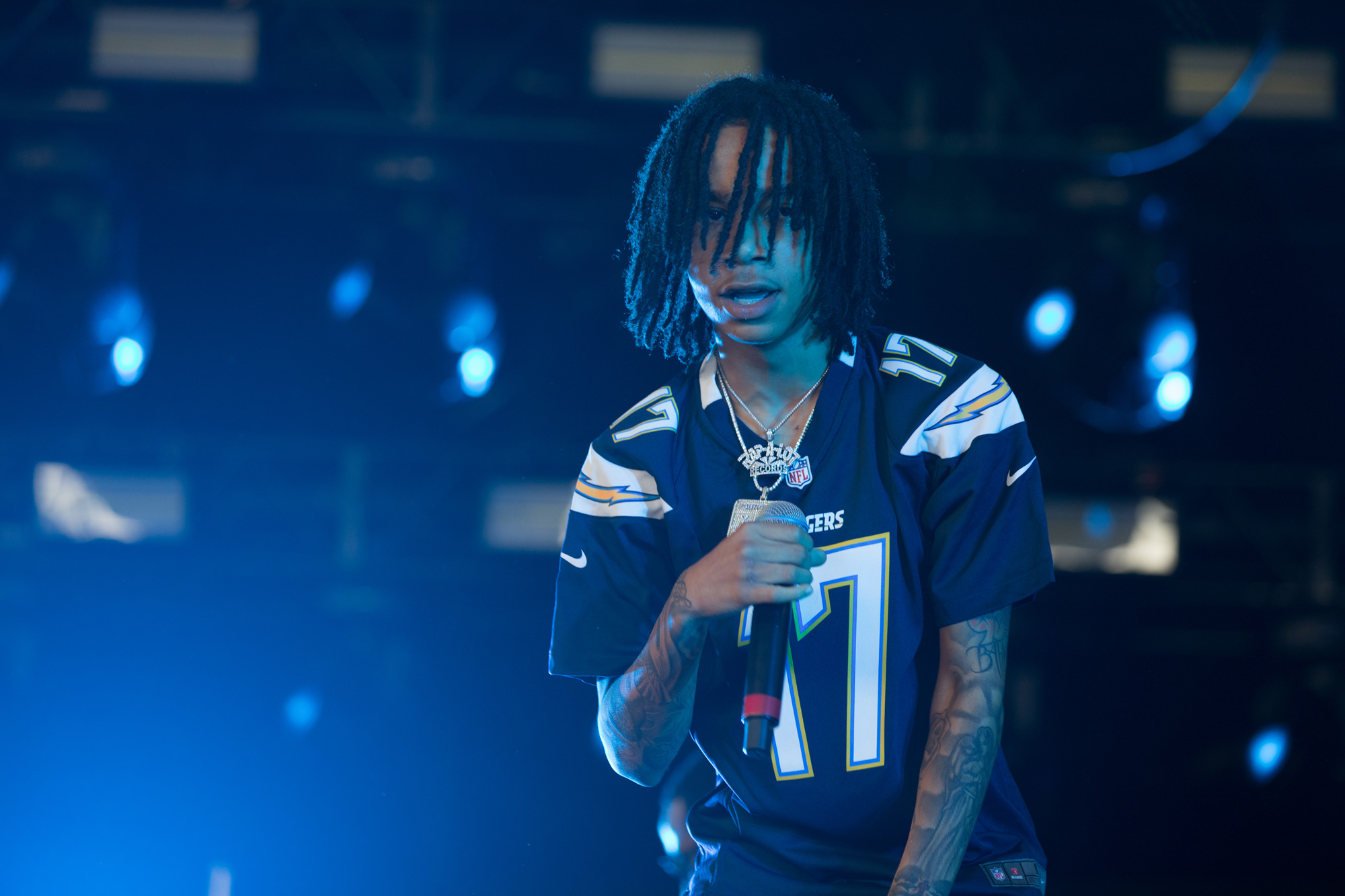 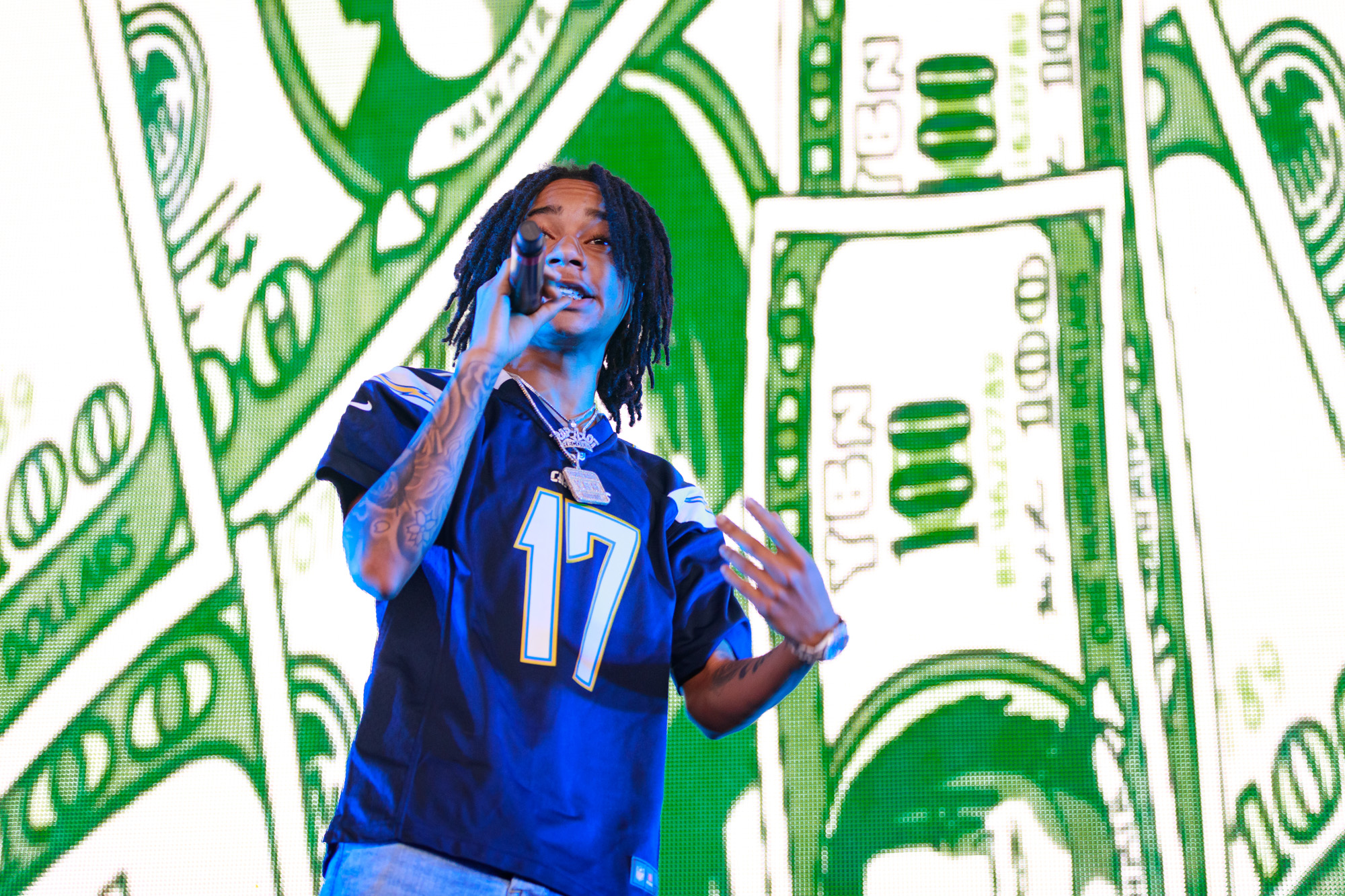 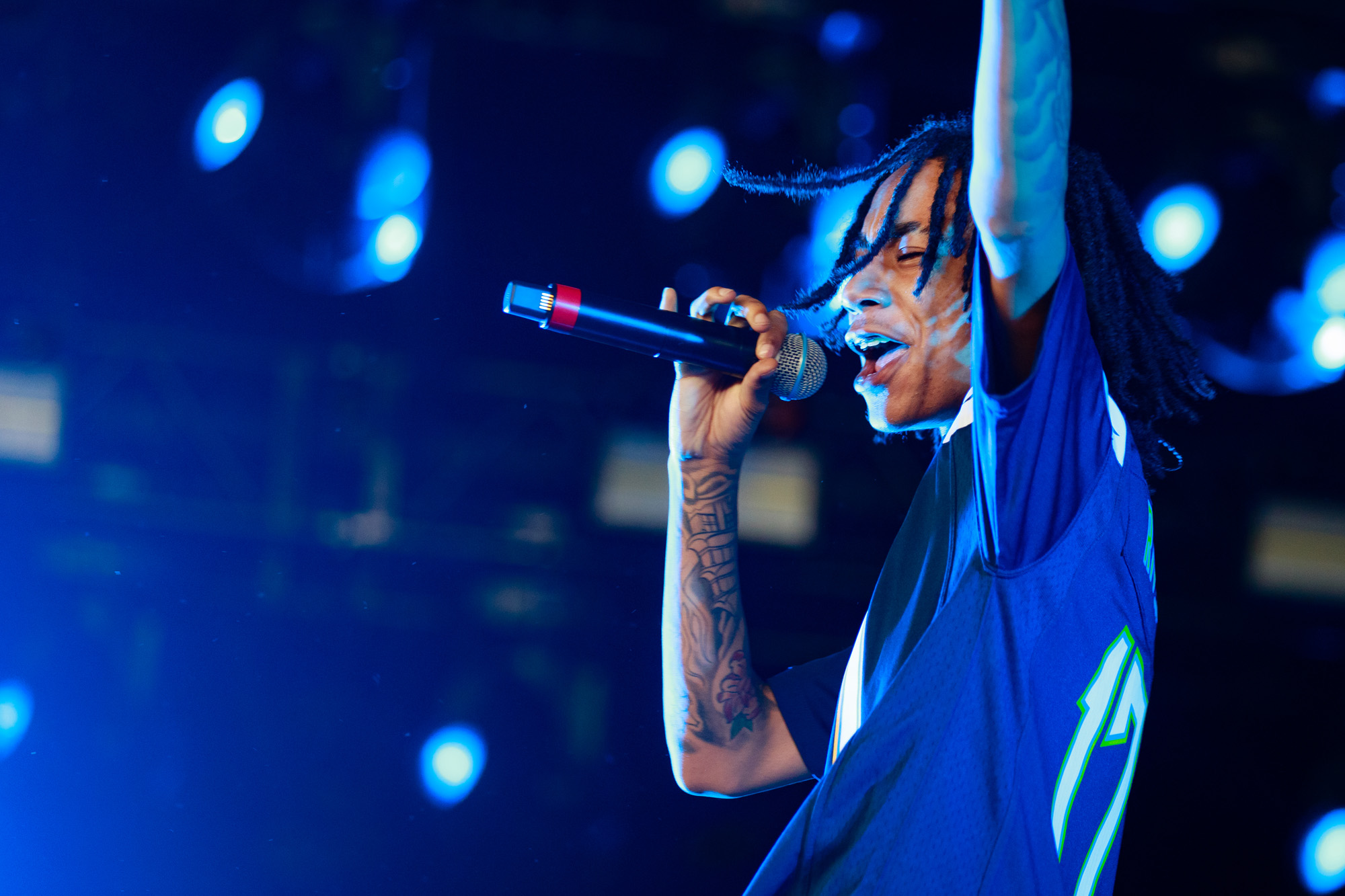 At Dallas’ Dos Equis Pavilion On Friday, The Endless Summer Tour Asked Whether Carefully Cultivated Personas Can Ever Compete With Genuine Personalities.

G-Eazy’s newly blonde hair wouldn’t come off as such a shock if his perfectly slicked back jet black hair hadn’t for so long been a fixture in the rapper’s look. Same goes for his stubble, which flies in contrast with longtime clean-cut aesthetic.

But with the headlines the Bay Area rapper has garnered over these past few months, these changes somewhat make sense. Perhaps his abrupt break up from pop star Halsey, all those rumors about possible new flings and his legal troubles and border issues have taken their toll. Maybe G-Eazy just felt like it was time to try out something new.

Still, from a marketing perspective, the makeover would’ve made more sense if it happened closer to the December release of his latest album, The Beautiful & Damned. On that project, G-Eazy gets a little more introspective than he has in his previous work, highlighting all the ways the celebrity life will try to bring you down — even as that lifestyle is everything he’s seemingly been striving for. Even as he raps on spells of addiction, horrific hangovers, confronting old family dramas and protecting all he’s earned through hard work, his physical appearance never changed. He’d always come out unscathed, just like the desired bad boy heartthrob should.

Which makes it all the more odd that G-Eazy, the guy who’s made a career out of borrowing James Dean’s stoic mannerisms and always opting for a retro aesthetic, has all of a sudden changed overnight. In his night-capping co-headlining set of the Endless Summer tour at the Dos Equis Pavilion on Friday night, G-Eazy kicked things off by offering smoldering stares to the adoring amphitheater as “Pray For Me” played on. But the fact hat this was the opening song choice for his set represented a bit of disconnect. On a Friday night in early August, the crowd was ready for a celebration — but this felt more like he wanted people to feel sorry for him, or at least ask if he’s doing OK, which is just odd considering he’s one of the most braggadocious rappers going today. Even on the tracks where he touches on the woes of partying hard, he’s quick to throw in lines about women begging to have him, people pretending to know him and generally not giving a fuck. His battle feels more like a paradox than an internal struggle: His most well-known tracks are party anthems and, at peaks during the headlining set, the Dos Equis Pavilion actually felt like a club tan an amphitheater as he ran through a string of hits like “Lotta That,” “Him and I,” “Me, Myself and I” and “No Limit” to close out the show.

That’s a gift! Not many artists have hits big enough to carry on a run like that — and even fewer deliver the infectious energy to have everyone dancing from the front row to the wallflowers lining the back of the pavilion. Still, it really seems like G-Eazy wants to be known for more, even as the raucous crowd proved it was more than happy to grind the night away with him and follow to him to the after-party.

In a way, it sort of makes sense that G-Eazy has attempted to add a little depth to his latest work. By most any metric, he seems to be falling behind his contemporaries. With each passing week, the artists he came up with — Mac Miller, Travis Scott, A$AP Rocky, Tyler The Creator and even Kendrick Lamar and J. Cole if you dare put him in that stratosphere — are releasing career-defining works. Each of these acts boast the bangers that G-Eazy’s catalog boasts, as well as the furious crowds. But now they each also go one step farther with truly gut-punching introspective work and boundary-pushing sonics.

Today’s hip-hop stars boast far more depth than ever before. It’s no longer enough to learn how to be cool and work super hard. And, surely, that must be terrifying for a guy like G-Eazy, who earned his way to the top with perseverance and deference, only to learn that having a wholly unique personality can get you just as far — and maybe even get you there even quicker.

At just 24 years old, and with a career half the length of G-Eazy’s, the Philadelphia native has been setting hip-hop norms ablaze for the past few years. Friday night was no different. It’d be hard to prove Lil Uzi Vert rapped a single bar during his hour-long Friday night set, but no one was bothered by that. It was enough to witness the artist’s air of nonchalance and to take in his nasally half-sung wailings on anthemic tracks like “Money Longer,” “The Way Life Goes” and “Do What I Want.”

That’s just the Lil Uzi Vert the world has come to love. He doesn’t try to act like any other artists. He’s not constantly reminding people how long it took him to get here. He just does his thing — and everyone loves it. On the Dos Equis Pavilio stage, Uzi spent more time offering his charming shoulder shrug and eyeroll than he did bothering with banter. And, as the start of each of his tracks, audible cheers rang throughout the venue before the crowd sang every lyric back at him.

It’s truly special to witness an artist being celebrated for being his true self. It also helps when lyrics like “I cannot die because this is my universe” are sung with such a simultaneous a conviction and passivity that you can’t do anything but be shocked into an awed sense of admiration for all that Uzi is.

It’s got to be weird for G-Eazy to see that night after night on this tour. He’s already done everything he was supposed to do as a white rapper sliding into the mainstream. He gave proper dues to the legends who helped him on his way up. He remembers where he came from and advocates for his native Bay Area. And, for the most past, he appears to have avoided legitimate problematic behavior.

Still, even through all that, hip-hop is changing so fast that it may be passing him by. So maybe you can’t fault him for the fact that now, for the first time in his career, he doesn’t want to just be known as the hard-partying playboy he’s always crafted himself as being.

Who could’ve ever guessed that‘d be be a dying role in hip-hop?