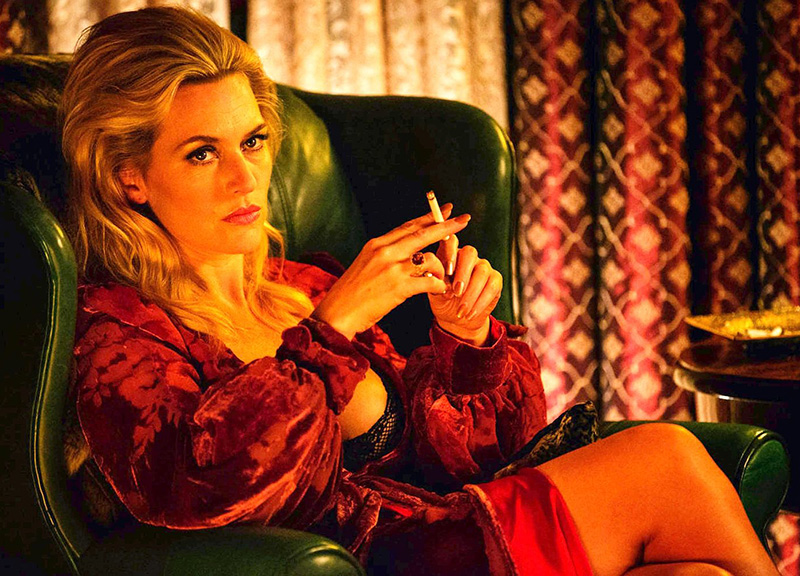 Triple 9 Has An Incredible Cast And A Pretty Decent Premise. Unfortunately, That's All It Has.

According to the popular phrase, the whole is greater than the sums of its parts. But, then again, sometimes it's the other way around. Triple 9 is a fine example of the latter.

It's got an amazing cast, a director who has made great movies and even an interesting plot. But, somewhere along the the way, the movie loses focus and and ends up feeling one draft shy of the classic caper it should be.

The movie follows a crew led by Matthew (Ejiofor) that's being extorted by Russian mobster Irina (Winslet) to do jobs for her. The crew is made up of the Welch brothers Russel (Reedus) and Gabe (Paul) and two dirty cops, Jorge (Collins Jr.) and Marcus (Mackie). After pulling off a heist, they get roped into doing One Last Job for Irina before they can get their money and their freedom.

The opening sequence shows what a bunch of badasses these five thieves are. And, for sure, there's a certain joy in seeing professionals being professional. During the heist, they do things to hide their identity, like speaking Spanish, covering their faces with two layers of masks and even writing down instructions on their clothes. They work like a well-oiled machine, which shows why their such a hot commodity to the Russians.

Alas, that first heist is probably the most exciting action sequence in the film.

The title is derived from a police code which means an officer is down. That's because, as our plot progresses, this group's plan involves killing a cop — specifically Marcus' new partner (Affleck) — in order to divert attention from their heist of a Homeland Security facility. Of course, killing a cop is a big deal, and the implications of this task splinters the group.

The highlight of this movie is definitely its cast. If you watch movies like Captain America: Winter Soldier or TV shows on AMC — The Walking Dead and Breaking Bad, anyone? — then you know these actors' abilities. And they truly deliver here. Everyone present delivers a memorable performance. Anthony Mackie's conflicted crooked cop is particularly interesting given the character's progression over the course of the film.

To that end, loyalty is the big theme here. Most of these men lead double lives, and have to decide at one point whether their loyalties lie to their heist crew or their co-workers, families and friends. That is ultimately the driving force behind the movie — although it does get taken a bit too far.

Indeed, this film consistently shoots itself in the foot by overdoing a variety of things. For one, the movie's reliance on plot twists and surprises is so out of control that it borders on cliche. Worse, the characters aren't up on what the audience knows, and the film drags on a good extra 15 minutes as the characters play catch-up. Even more bizarre: For reasons passing understanding, the closing shot of the movie that is just an odd close-up on a side character.

And that all kind of sucks! This movie could've been great. Instead, it seems destined for Sunday afternoon programming on TNT.