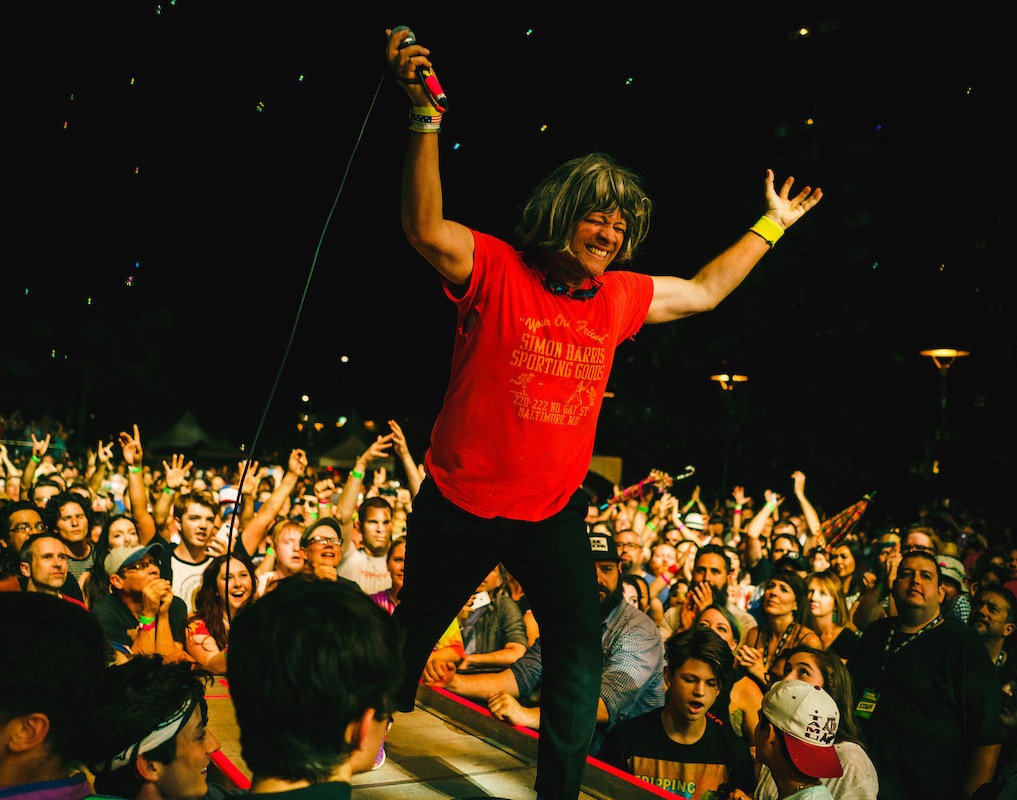 How could they not be?

I mean look at all the million people in the middle of a golden stampede at their pair of reunion shows at Dada and Homegrown. I am amazed.

I bet it, um, smells so sweetly up there at the top. But I digress. Also joining them on those Homegrown and Dada bills were several other buzzing artists this week, including Pearl Earl, Cure for Paranoia, Motorcade, Lower Dens and Lizzie Boredom.

Just behind the Tripping Daisies this week was Midlake, which performed on Seth Meyers’ late night talk show as its alter ego BNQT. And speaking of TV, Kelly Clarkson was announced as a coach on a future season of The Voice.

Farther down the list, Don Henley dropped by The Ticket to talk with The Hardline about his upcoming birthday blowout at the AAC. And JT Donaldson’s New Math Mondays weekly announced a birthday show of its own.

Elsewhere: Daniel Hart talked about composing the S-Town score; Parker Twomey, Lord Byron, Lost Balloons, Loafers and Siberian Traps released new tunes, some of which you can find here; The D.O.C. is getting recognized at Josey Records; and T.Y.E. continued his national rise. 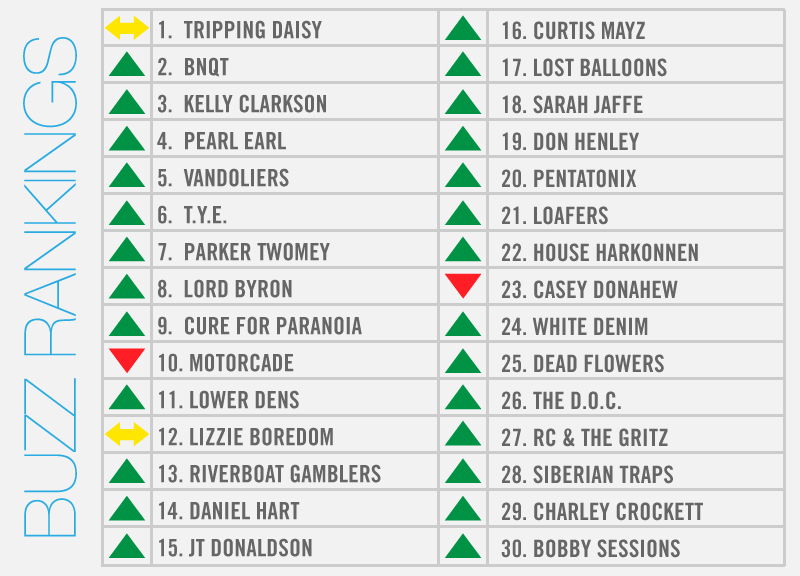