Tripping Daisy’s Return Was Nothing Short Of Triumphant. 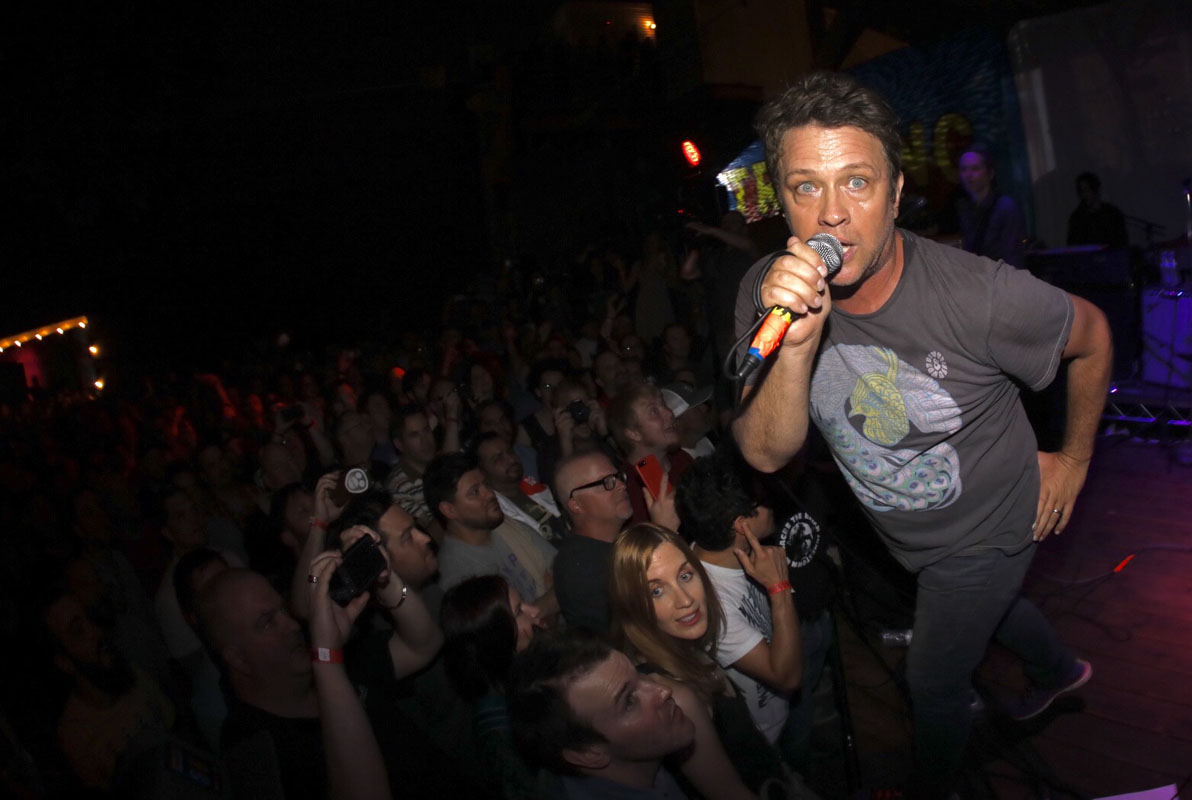 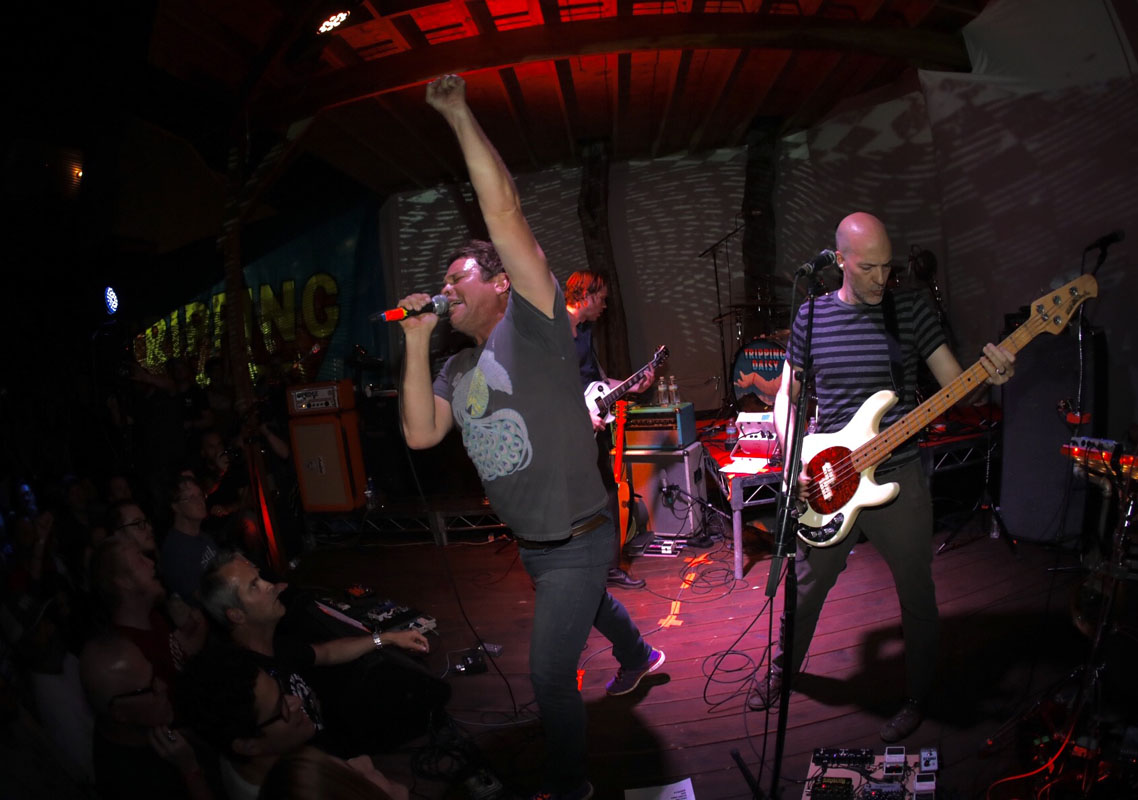 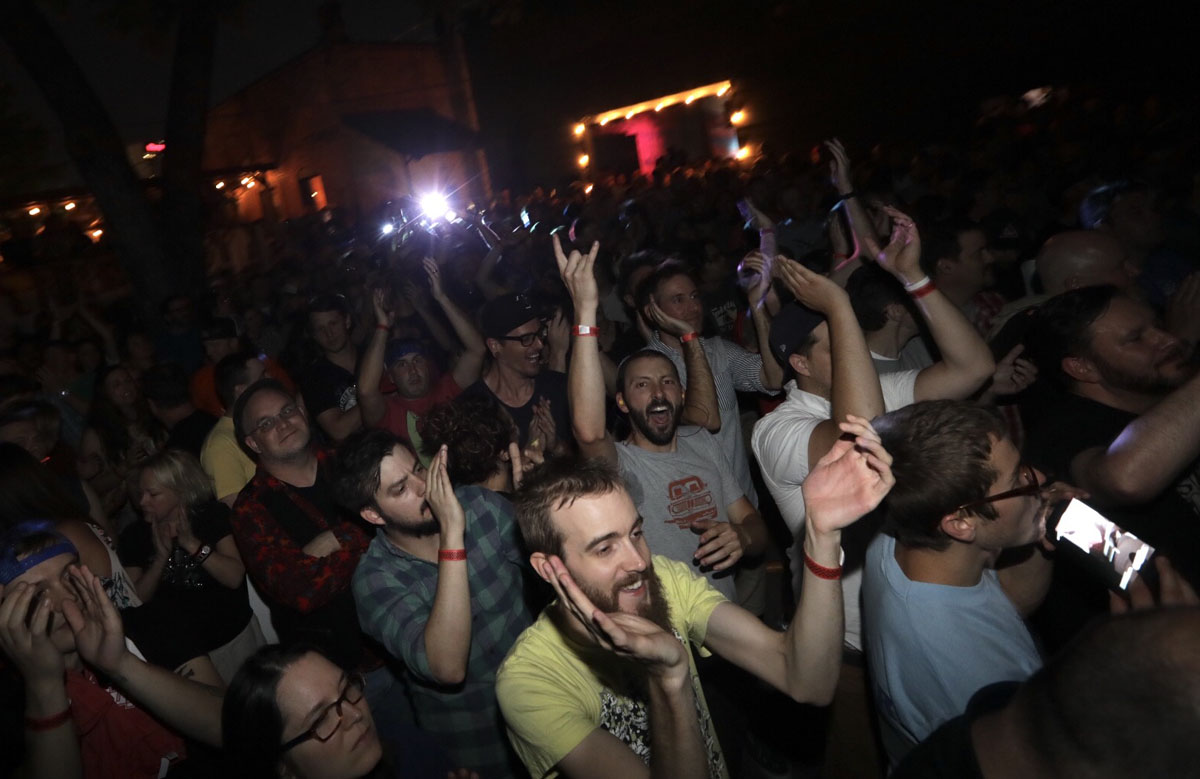 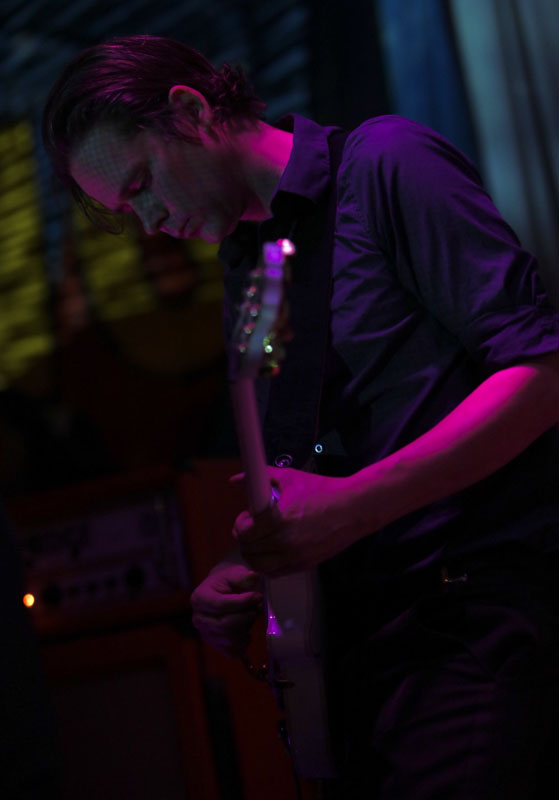 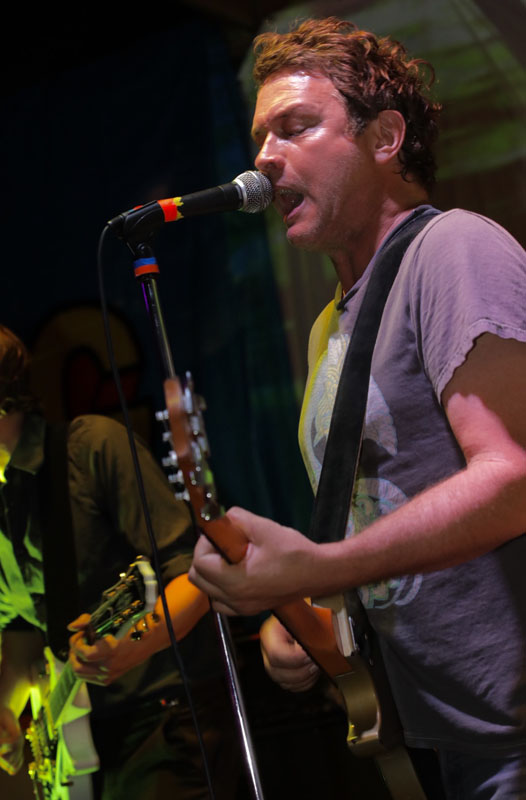 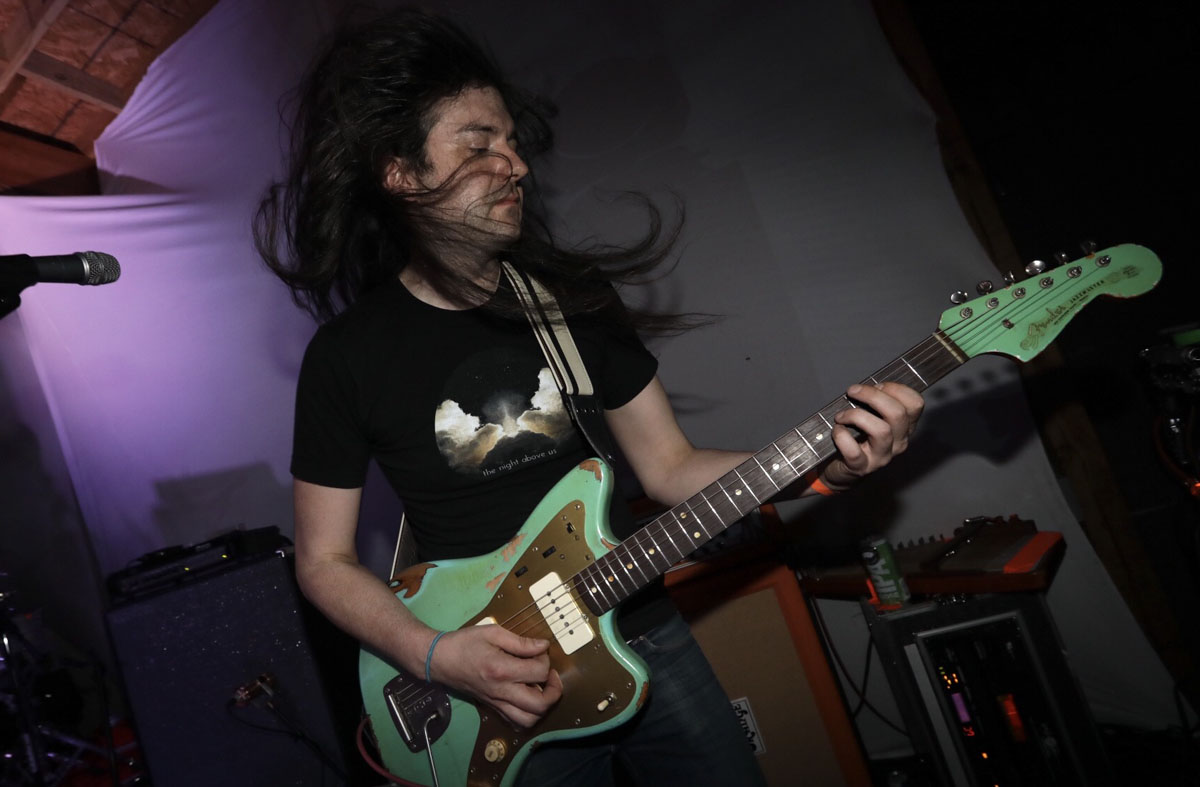 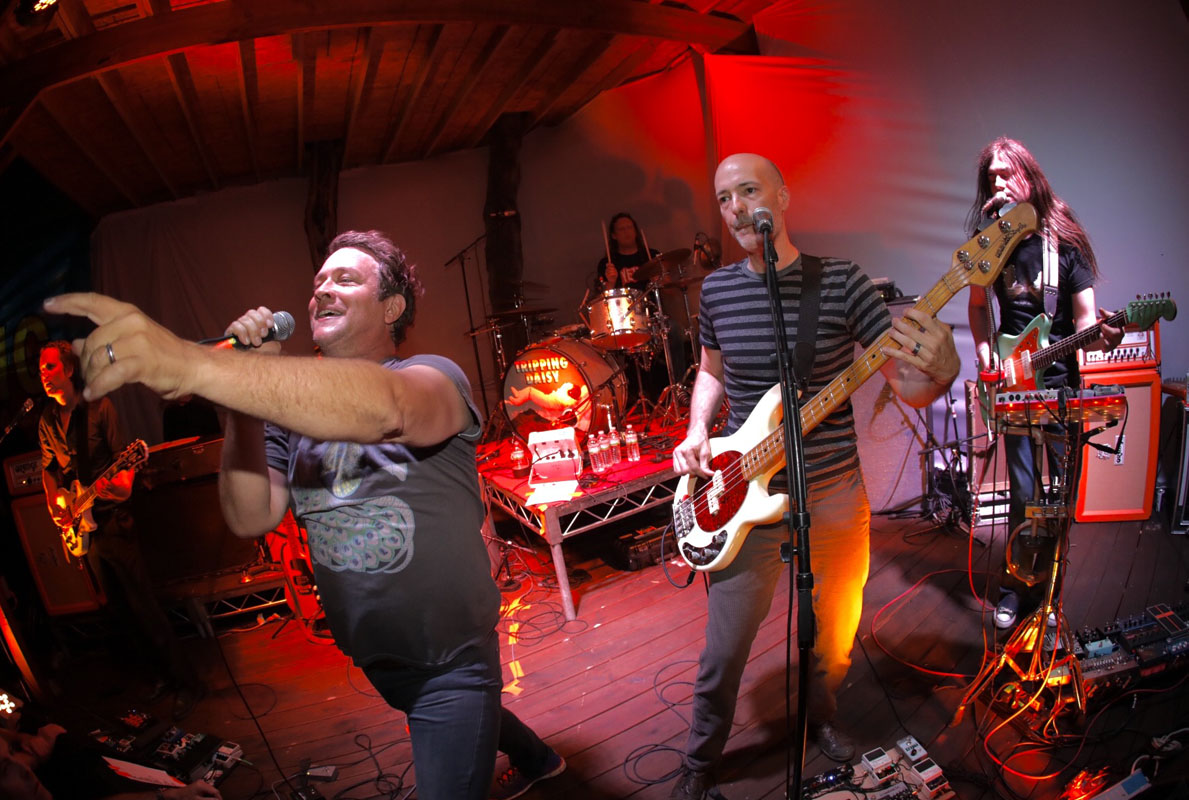 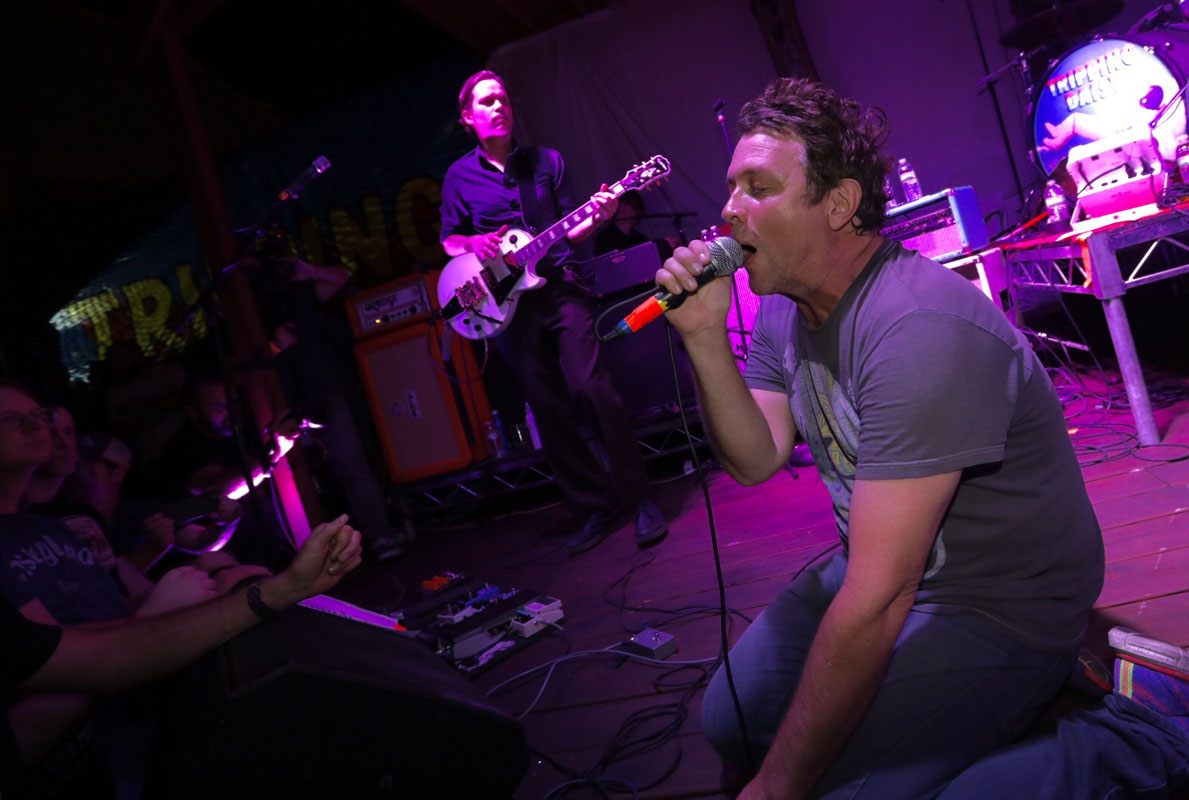 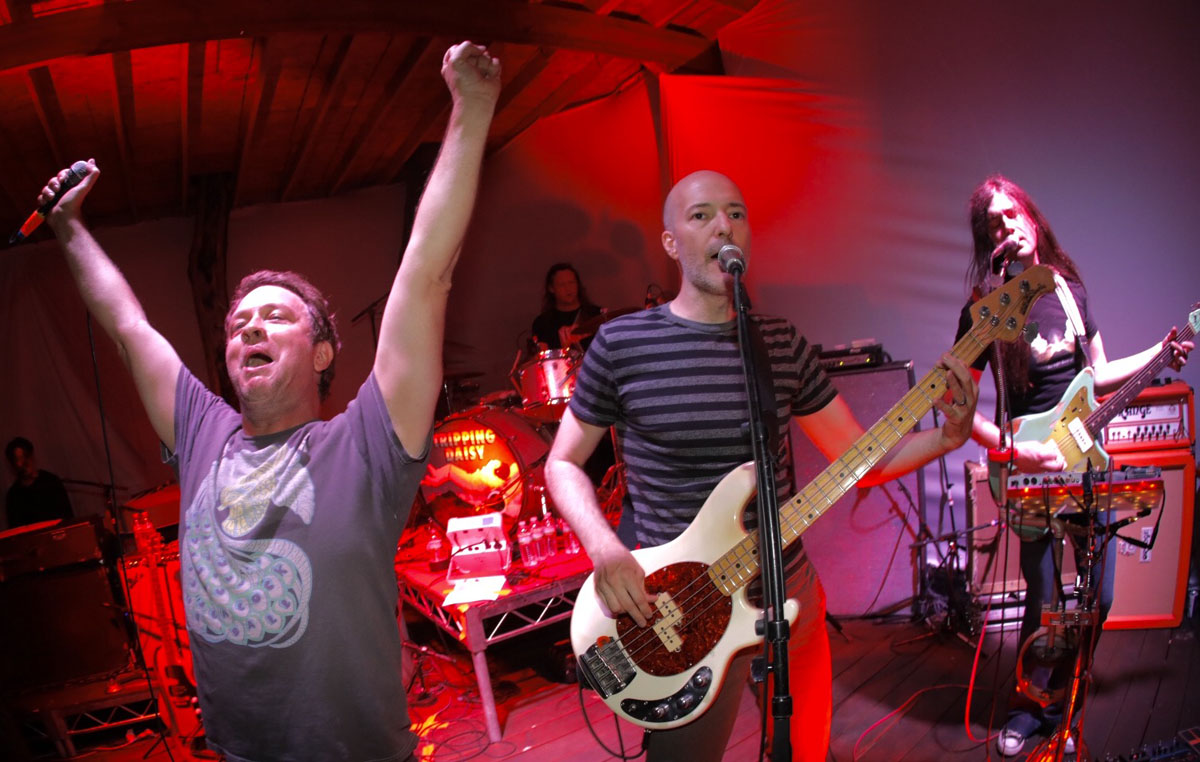 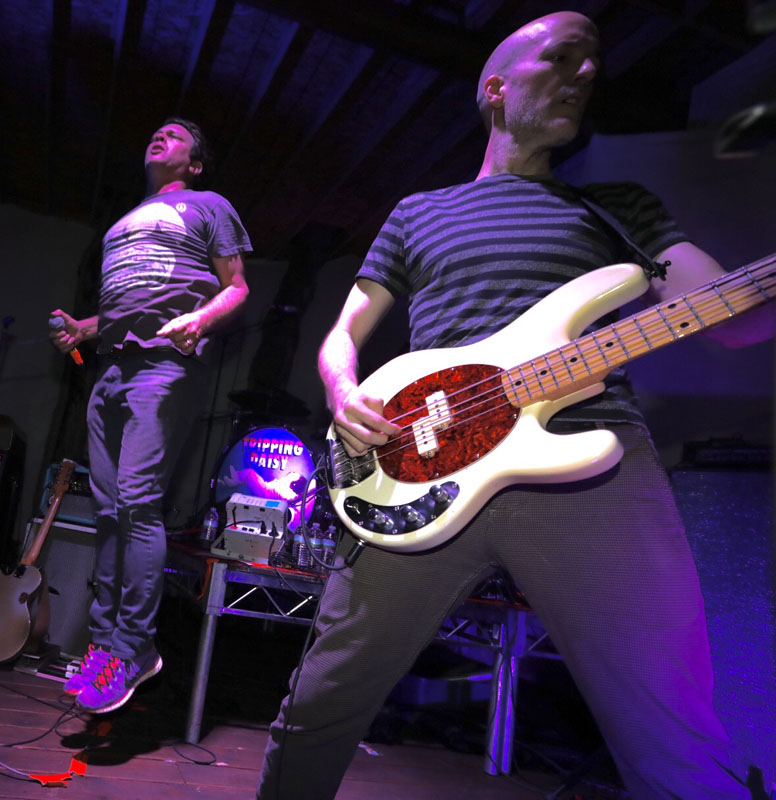 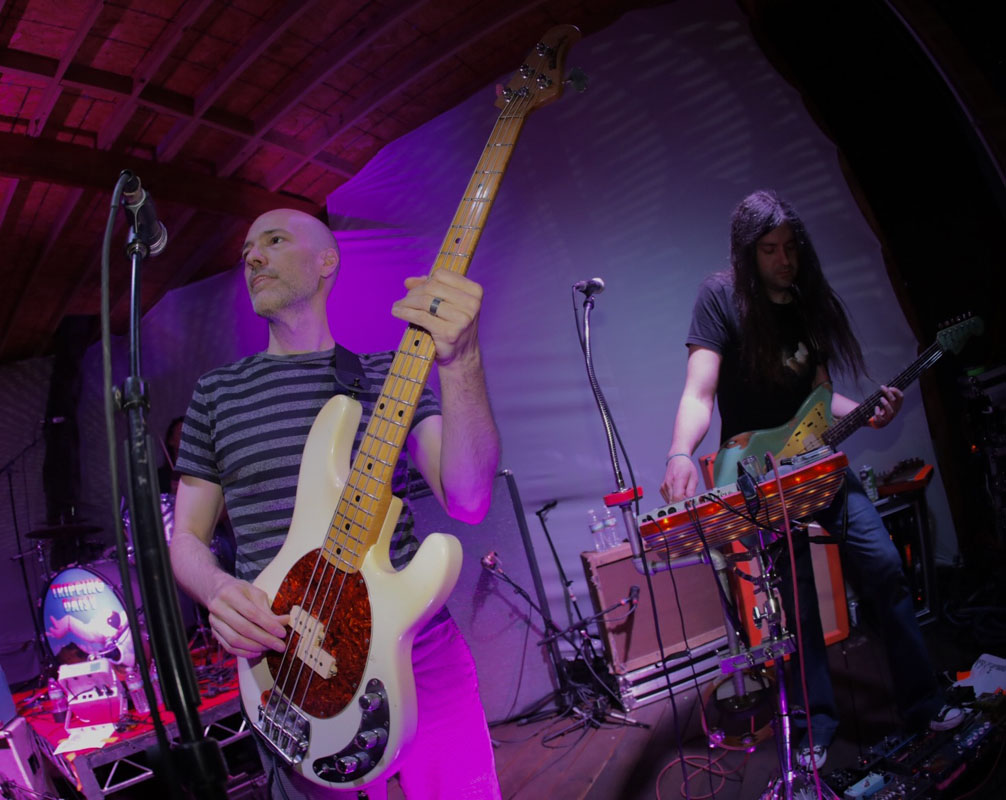 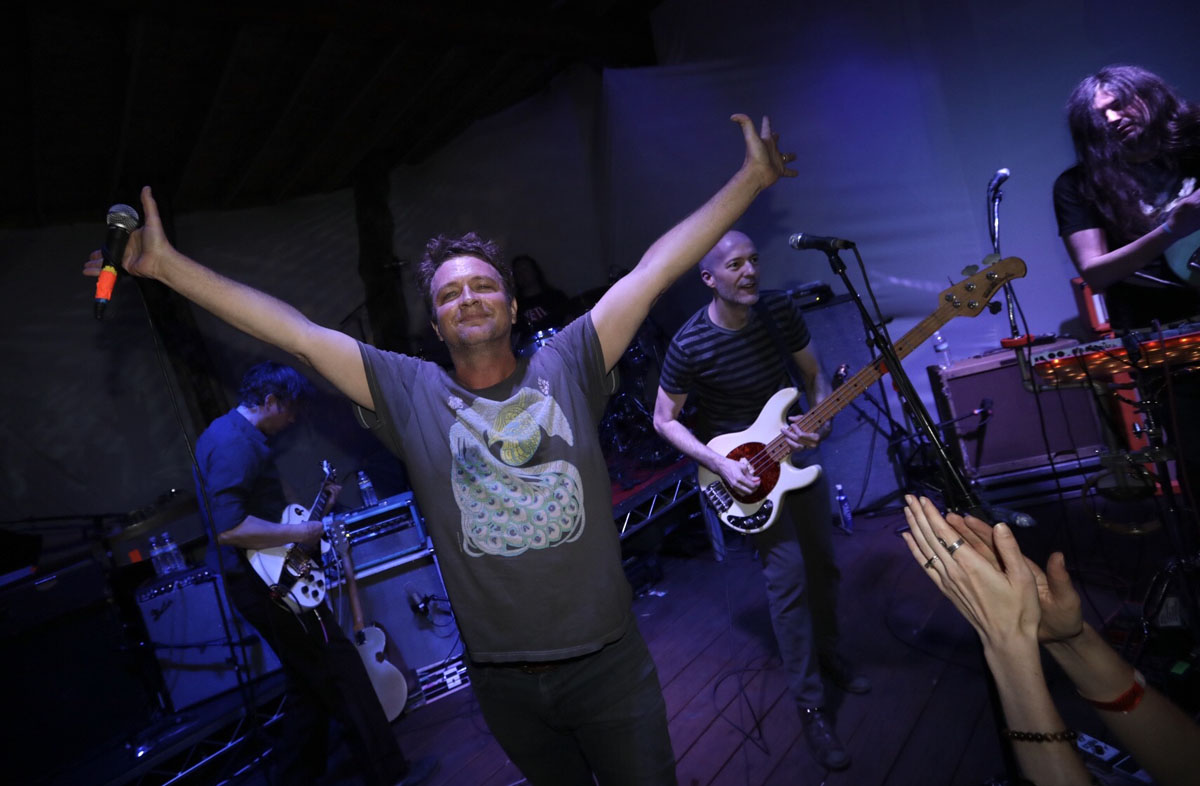 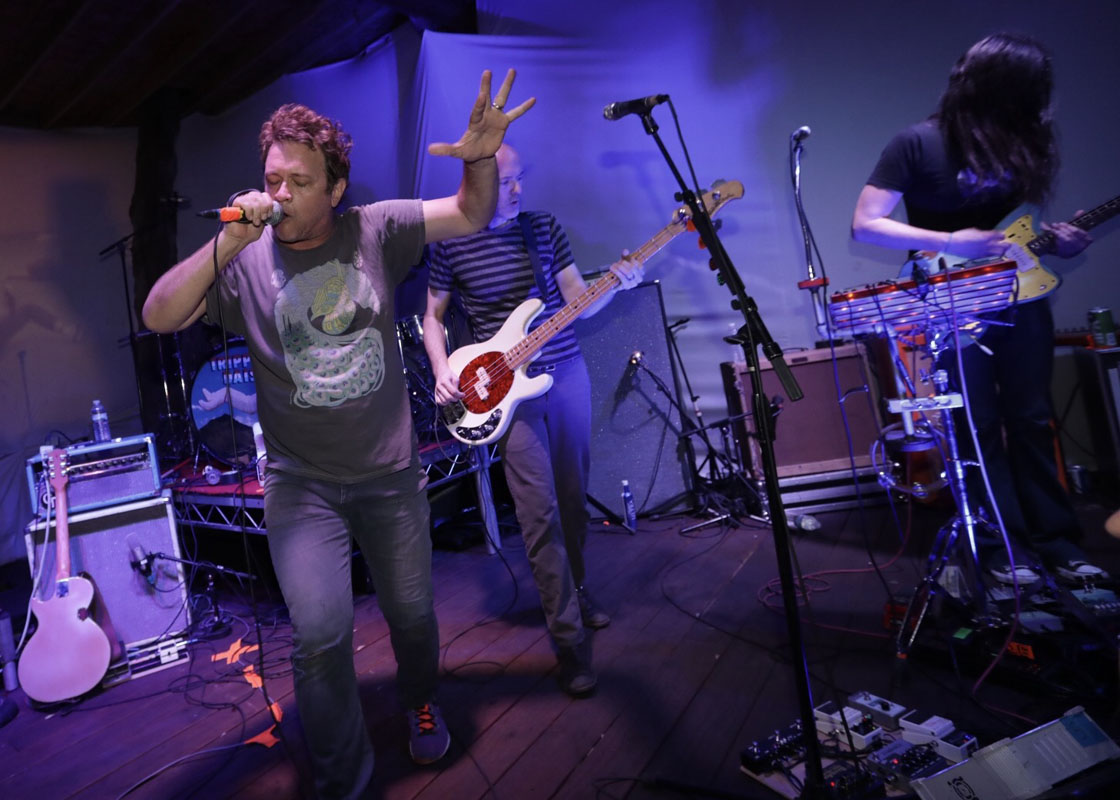 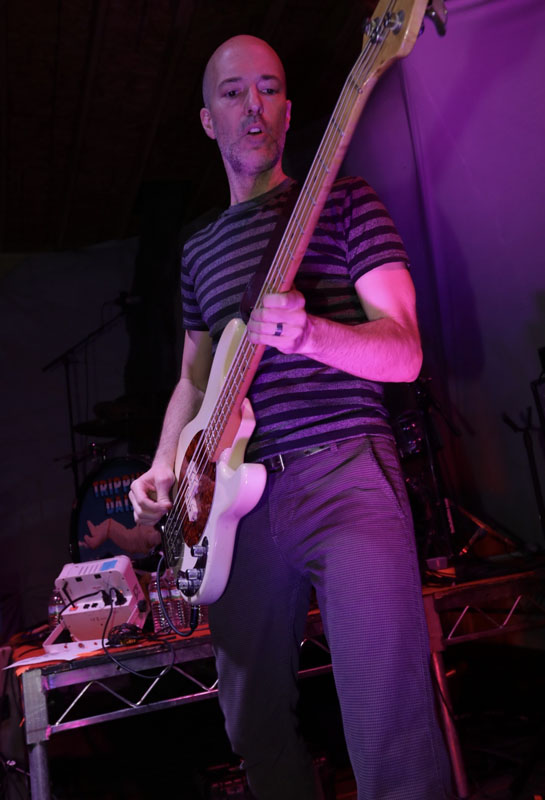 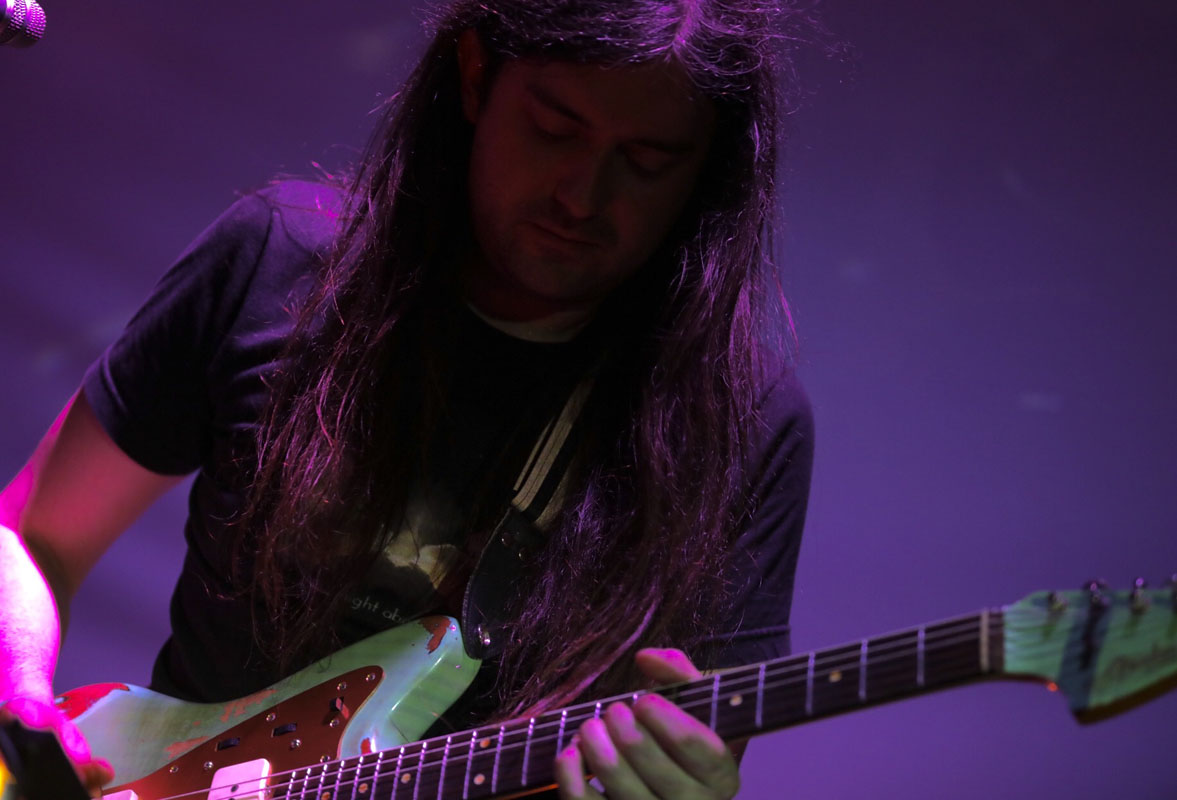 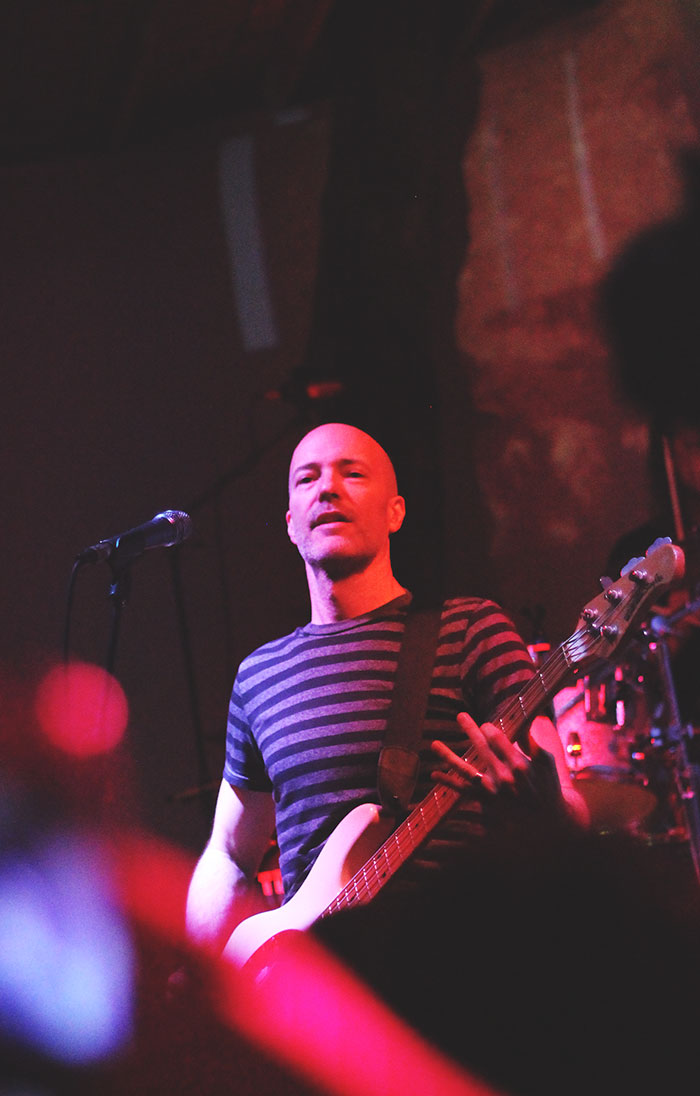 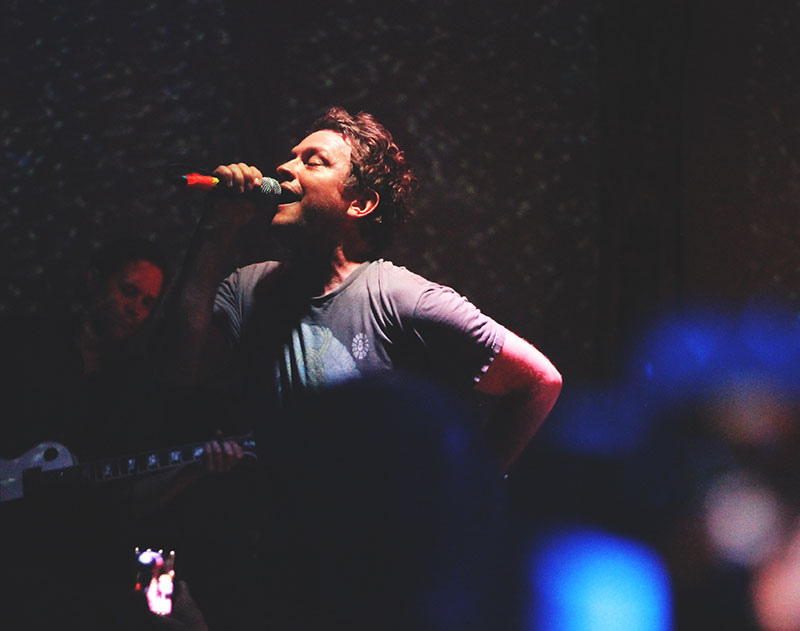 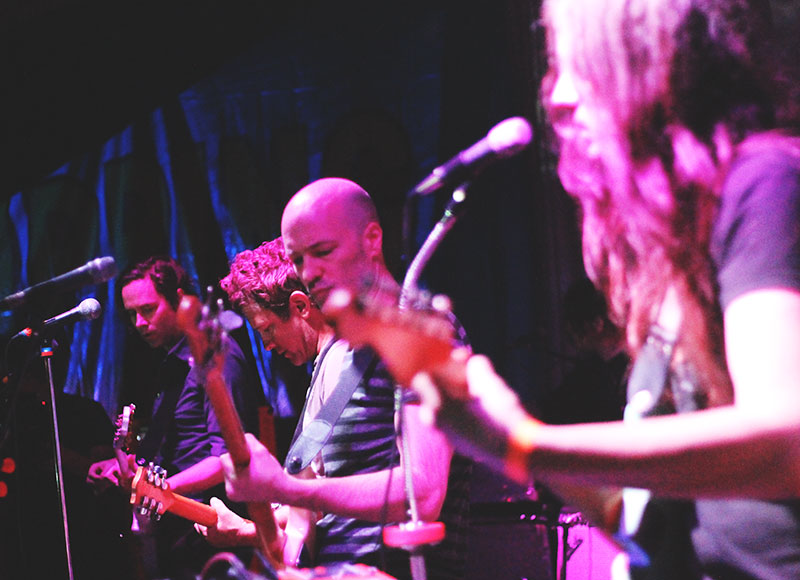 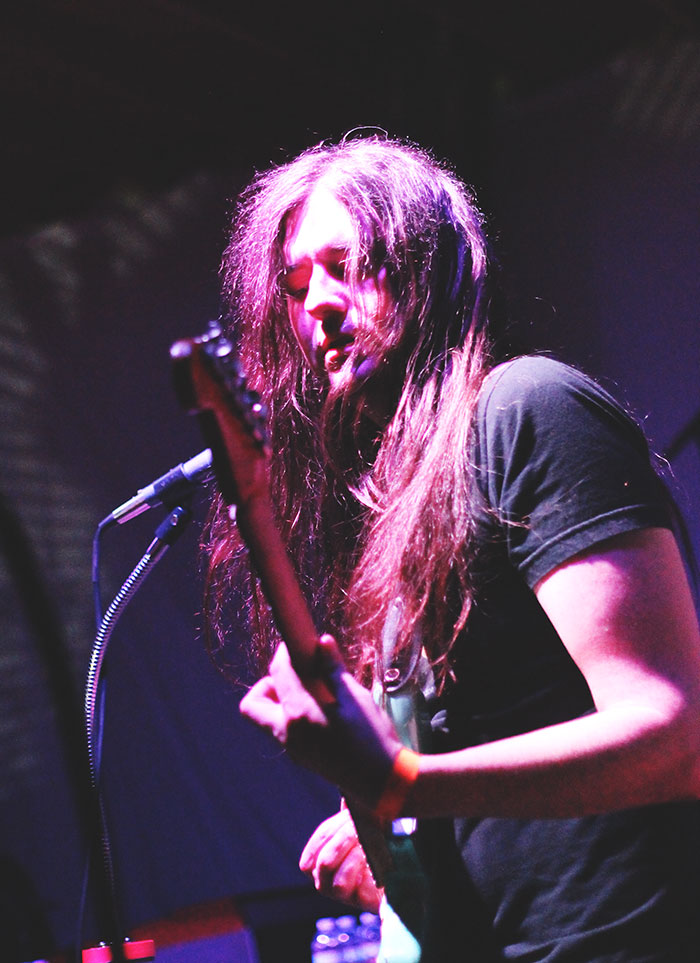 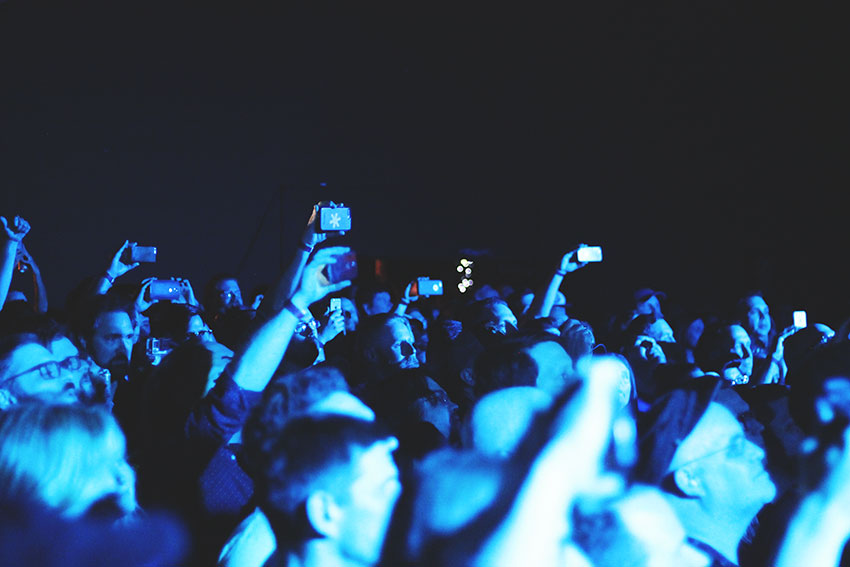 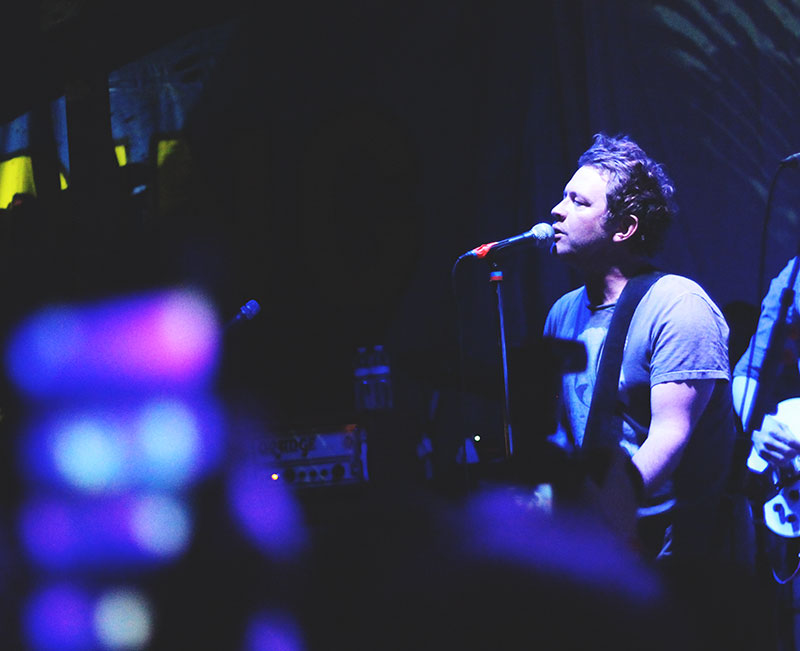 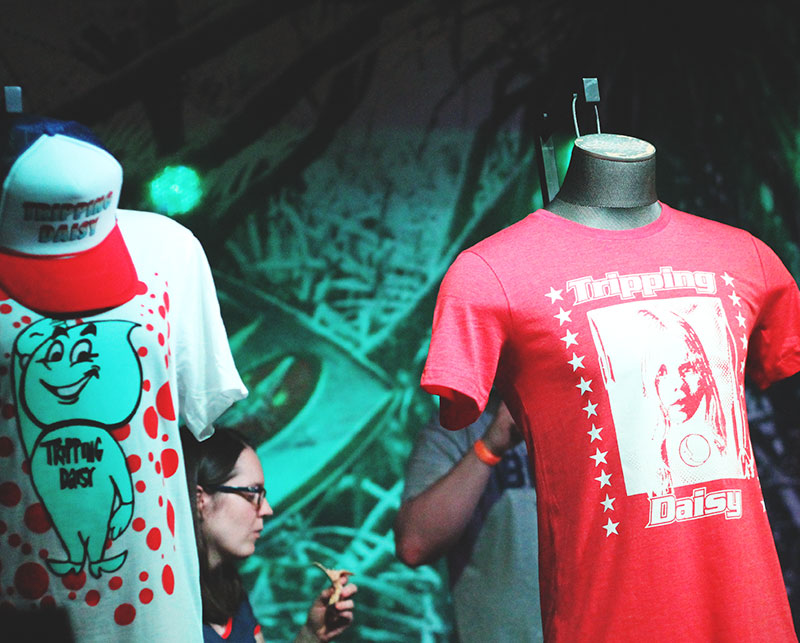 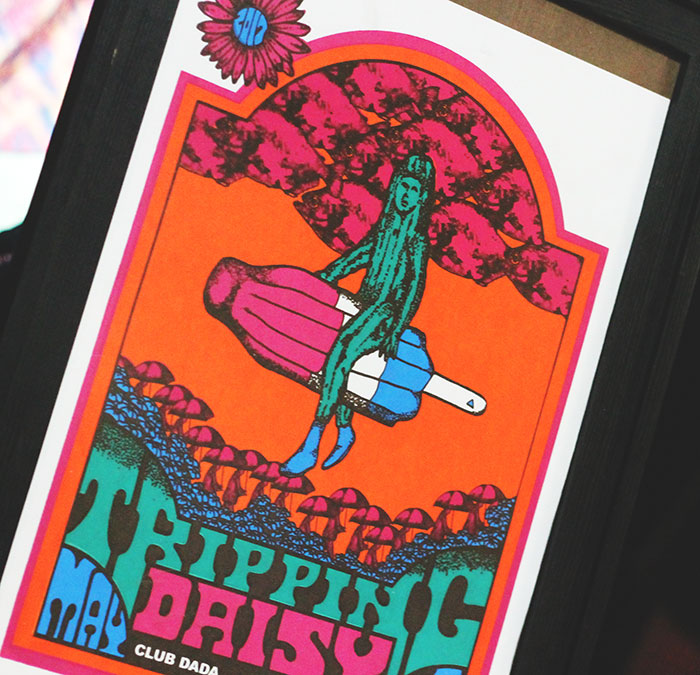 Tripping Daisy Rocked The Hell Out Of Its First Performance In Almost 18 Years, Treating Its Die-Hard Fans To More Than Two And A Half Hours Of Music At Club Dada.

Photos by Jason Janik and Pete Freedman, as credited.

Thursday night’s performance at Club Dada was not supposed to be Tripping Daisy’s first show in almost 18 years — that was supposed to come this coming Saturday at the eighth annual Homegrown Music and Arts Festival in Downtown Dallas.

But last week, the band threw its fans something of a curve ball, announcing that it would instead be hosting its initial reunion at Club Dada on this night. This show, for all intents and purposes, was meant to serve as a warm-up gig for Homegrown and the band’s subsequent tour dates around Texas — an intimate showing and dress rehearsal in front of a couple hundred die-hard fans before the band returned full force before a few thousand acolytes on Saturday.

But in the days leading up to this showing, Tripping Daisy’s Thursday-night return to the stage became the hottest ticket in town, Homegrown be damned. In the hours leading up to the concert, its $50 face-value tickets were going for at least twice as much, if not more, on the secondary markets.

And those fans that made it in — a group that numbered far in excess of Dada’s stated capacity and which would line up for more than a block’s worth in anticipation of the venue’s door’s opening at 9 p.m. — would for sure get their money’s worth at this showcase: Following a strong opening offering from Denton’s Pearl Earl, Tripping Daisy treated its fans to a full two hours and 35 minutes of music in its first performance in damn near two decades.

Granted, things started a bit awkwardly. Tripping Daisy’s very first song back on the stage, “Trip Along,” would be interrupted halfway through its run as the sound system rented for this show on Dada’s back patio was momentarily overwhelmed and frontman Tim DeLaughter’s vocals dropped from the mix. But the hype throughout space was impossible to deny; that sound issue was quickly solved, and while Tripping Daisy used its opening songs to dial in its sound and find its groove, this Dada audience — as big a crowd as the venue has maybe ever seen — had already reached a fever pitch, with at least two thirtysomethings so feeling the groove they they engaged in their first crowd-surfing efforts in what had to have been decades.

That, no doubt, helped the band settle into its set, which sounded tight and lush and full, thanks in no small part to the trio of Brandon Curtis (Secret Machines), Phil Karnats (Secret Machines) and Nick Earl (Polyphonic Spree) combining to handle late guitarist Wes Berggren’s parts alongside original members DeLaughter and Mark Pirro, plus Tripping Daisy’s longest-tenured drummer, Bryan Wakeland. By the time the band was 20 minutes into its set, DeLaughter and his bandmates legitimately looked and sounded as if they’d never stopped performing these songs.

Still, they made sure to get every single one of those songs 100 percent right, as the end of the band’s encore would find the band reprising seven of the songs it had played in its main set, further dialing them in. This crowd, which alternated between pogo-ing and shouting along to the music, hardly minded that — it was mostly just ecstatic that this show was happening at all, and none more so than Dada and Homegrown Fest owner Josh Florence, who was instrumental in convincing DeLaughter and his band that now was the time for it to give things a go again.

From the stage, DeLaughter would publicly dedicate a song to Florence for that egging on. He would also dedicate a song to the late Berggren, and at various points in the night would marvel at how his band got its start on stages like this Dada one throughout North Texas so many years ago.

Yes, nostalgia very much played a large role in this showing. But the band’s vibrant effort onstage sounded remarkably vital here. As the performance progressed, Tripping Daisy’s members were having a hard time hiding their sheer glee at playing these songs again, alternating between smiling ear to ear and fighting said tooth-flashing.

When the show almost mercifully came to its end, even the band would acknowledge how right this show felt.

“That was the most fun rehearsal I’ve ever had,” Pirro would say with a laugh after the set.

“It was everything that made me want to start playing music in the first place,” a visibly thrilled Earl would share.

“It was amazing,” he said between hugs and high fives with the fans and friends who crowded him by the bar long after the performance had ended. “I really feel like we summoned something else in that second half.”

Yes, it was something else indeed. It was a thrill to watch — and, more than that, a hell of a triumphant tease. Tripping Daisy sounded great at Dada on Thursday. But with thousands cheering them in Downtown Dallas this coming Saturday, their songs should only sound more euphoric.

Tripping Daisy is a band that deserves this second run. Its reunion may have been a long time coming — but, last night, the band more than capably proved that this reunion couldn’t have come fast enough.