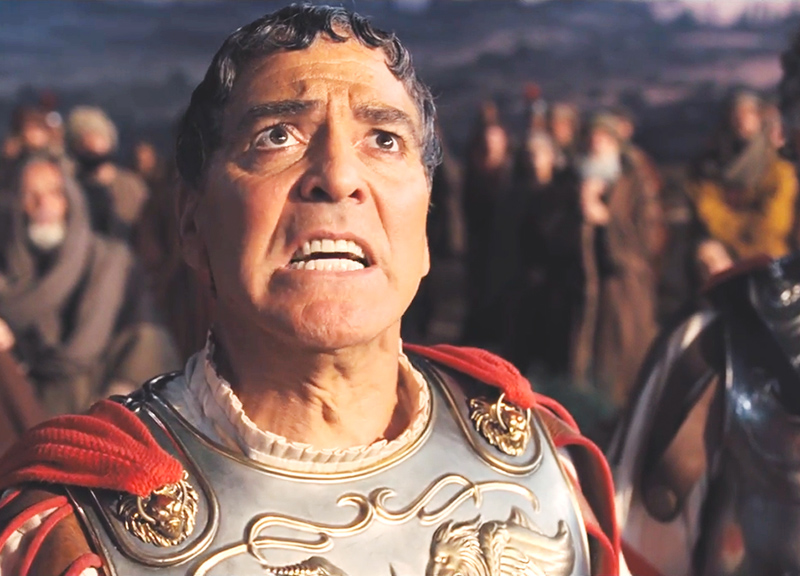 As an institution, Hollywood is something of an ouroboros — y'know, the snake that eats its own tail.

The industry creates stories only to recycle and reuse them. Think about it; isn't it a little funny how movies about making movies or movies about Hollywood (especially during its “Golden Era”) are the ones that always seem make their way to the Oscars (the most recent example being The Artist)?

On the surface, Hail, Caesar! appears to be just another self-congratulatory old Hollywood tale. But then there's the fact that it was written and directed by the brothers Ethan and Joel Coen (The Big Lebowski, O Brother, Where Art Thou?, Fargo), which means it's so much more than another round of the same old, same old.

No, this is a biting satire that's actually quite high on laughs, too.

Josh Brolin stars as Eddie Mannix, a “studio fixer” for Capitol Pictures, which means he bails out stars from compromising positions, makes sure movie productions are running right, deals with disgruntled directors and handles nosy reporters. He's essentially the most valuable behind-the-scenes man in Hollywood, and he works hard for that reputation as we follow him through a day of dealing with personal and professional hiccups left and right.

Trouble starts when one of Capitol's movie stars, Baird Whitock (George Clooney), is drugged and kidnapped by a couple of extras during the last days of filming the Roman epic, Hail, Caesar! Things go from bad to worse after that; there's also a country movie star with designs of performing in a prestige drama, as well as a possible conspiracy at play.

In all, Hail, Caesar! — the version we're watching, not the one within it — is a movie full of joy and reverence for movies, as well as one that acknowledges just how messed up movie-making as a process once was and still can be. It's quick to accept the fact that the studios controlled everything from the public image, the dating life and the looks of its movie stars — something that might seem funny or absurd to a modern audience but that was very much the way business was done up until the '50s. (For those interested in this time period, check out Karina Longworth's You Must Remember This podcast.)

It's also one of the Coen's funniest films. The performances here are outstanding. Everyone is bringing their A-game, especially Alden Ehrenreich as a charming stunt-man turned naive leading man. And, along with Brolin and Clooney, Scarlett Johanson, Channing Tatum, Ralph Fiennes and a plethora of Coen Bros. regulars including John Goodman all give memorable performances despite being in the movie for very short stints. In fact, one flaw of this film is how its marketing is a little misleading: Most of the aforementioned appearances are just glorified cameos.

The other small issue is how some plots begin, then are just left dangling. The end of the movie feels a bit like the end of a crazy fever dream; it kind of just stops with no rhyme or reason. In line with the surreal tone and fast pace of the film or not, it feels rushed.

But the way it gets there is a treat. If you're a big movie buff, you'll love seeing the way the Coens portray the movie-making process. If you're not, well, there's a bunch of famous people running around and being silly. Oh, and don't forget about the climactic dance number starring Channing Tatum!

If Hail, Caesar! is any indication, 2016 is going to be a great year for movies.