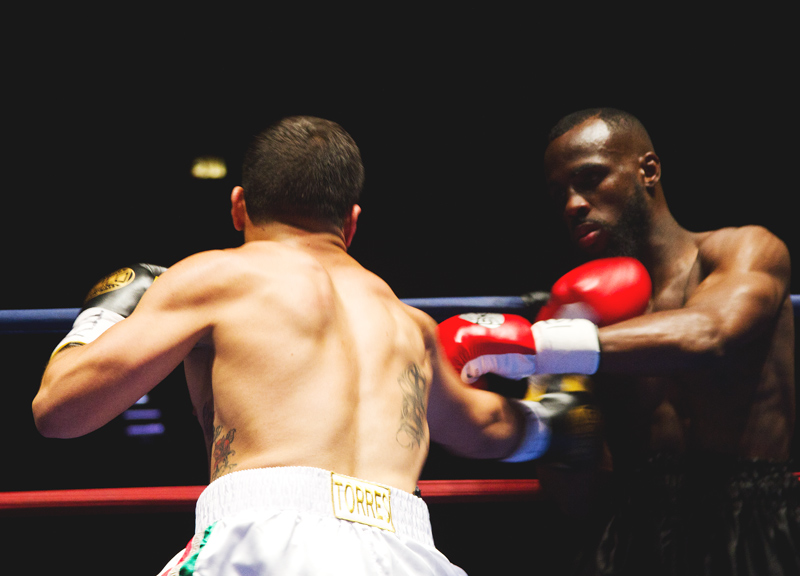 Scenes From Saturday Night's Fight Night at The Majestic.

On Saturday night, the Majestic Theatre opened its doors to an event a little different than its usual performances. Instead of a concert or a touring Broadway show, this historic Downtown Dallas venue was instead graced with a bill of live, professional boxing matches.

But even the boxing fans and curious spectators who showed didn't quite get what they expected at this show. While the lobby was filling with patrons anticipating a main event that would see Robert Marroquin and Marcos Leonardo Jimenez duking it out for the vacant USBA super featherweight title, that fight was not to be. Just before the action was to begin, flyers were placed on the doors indicating that the fight was off, and everyone on the undercard simply moved up a slot.

As it turns out, the results of Friday night's official weigh-in were the reason for the cancellation. While Marroquin came in at 130 pounds on the nose, Jimenez showed up at 132.5 pounds. And even though Jimenez was given several attempts to save the fight and shed the final 2.25 pounds necessary to make weight per the match's contract, he still in the end weighed about 131.25 pounds, resulting in a cancellation and the fight between Christopher Jones and Jerome Davis getting subbed in as the card's final match.

This, understandably, upset a few patrons — many of which simply decided to leave. Still, others decided to stick around and check out the rest of the action. And they got some interesting visuals in exchange for their effort.

The night kicked off with Erik Gabriel Torres defeating Chelsey Griffin to the sounds of a mariachi band. A fast and intense bout between Arthur Parker and James Grey followed, with Grey losing early after twice dropping his mouth guard and falling down repeatedly. In the next fight, Roshaun Jones took Oscar Camacho down even more quickly, knocking his opponent down a number of times during what was, hands down, the shortest fight of the night.

In the end, the makeshift main event was fairly compelling, too, as middlewights Jones (3-1, 2 KO's) and Davis (6-3, 1 KO's) seized their chance at the top of the card. It wasn't always a pretty fight — Davis lost a few points along the way for head-butting, and later went down to a knee before losing to a nose-bleeding Jones — but it was an entertaining end to what could've been a loss of a night. 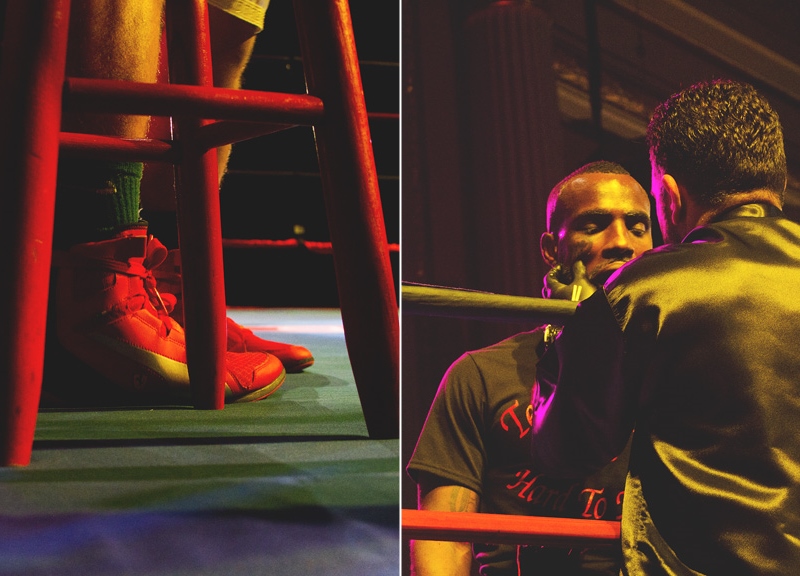 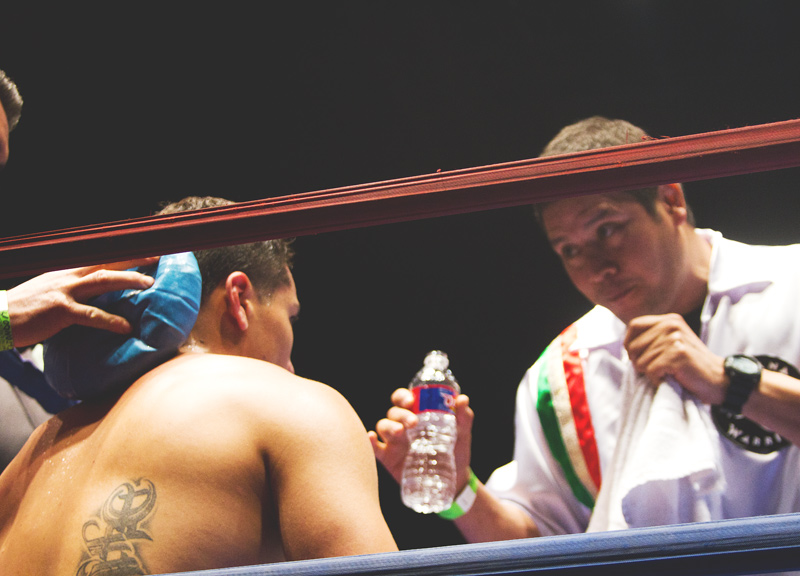 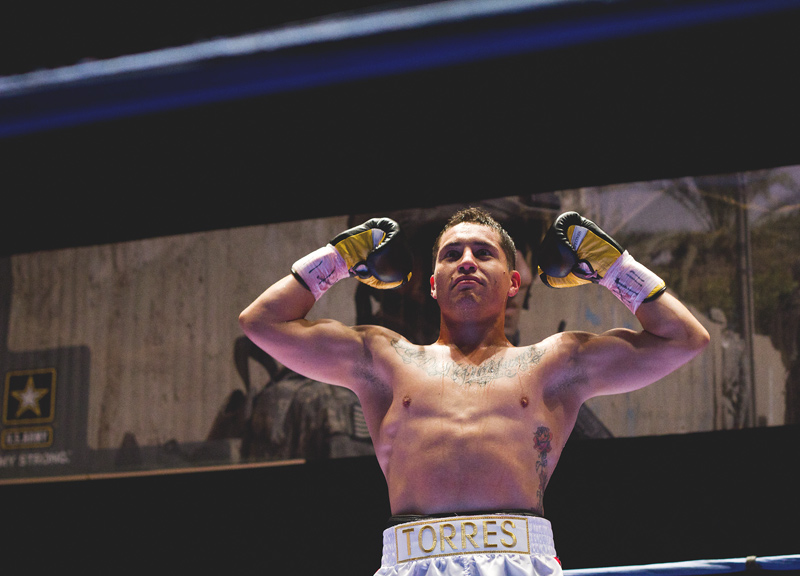 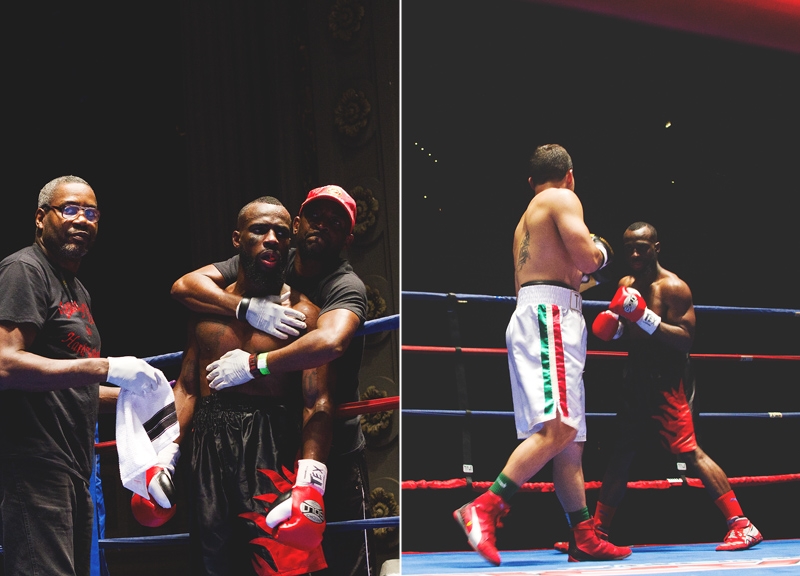 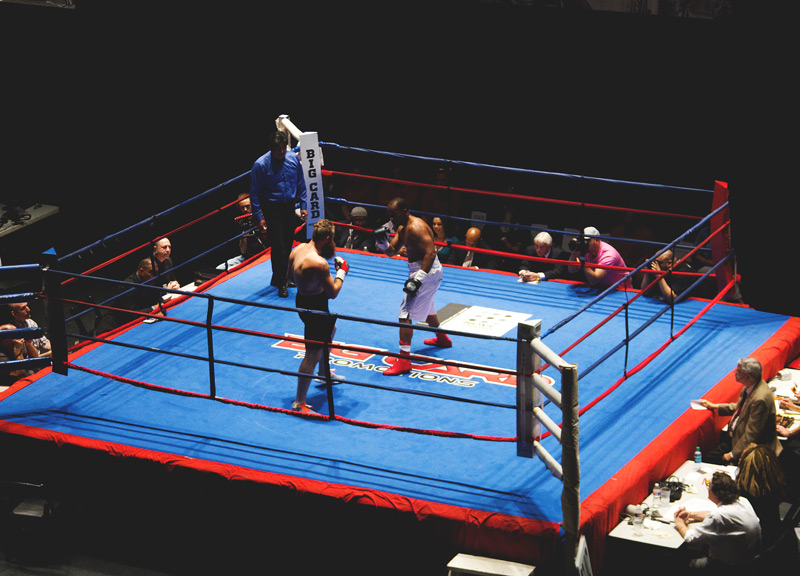 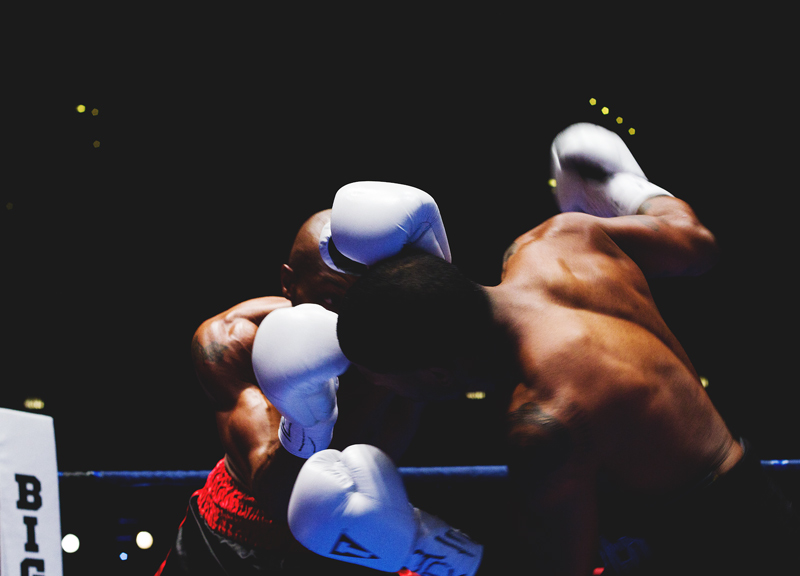 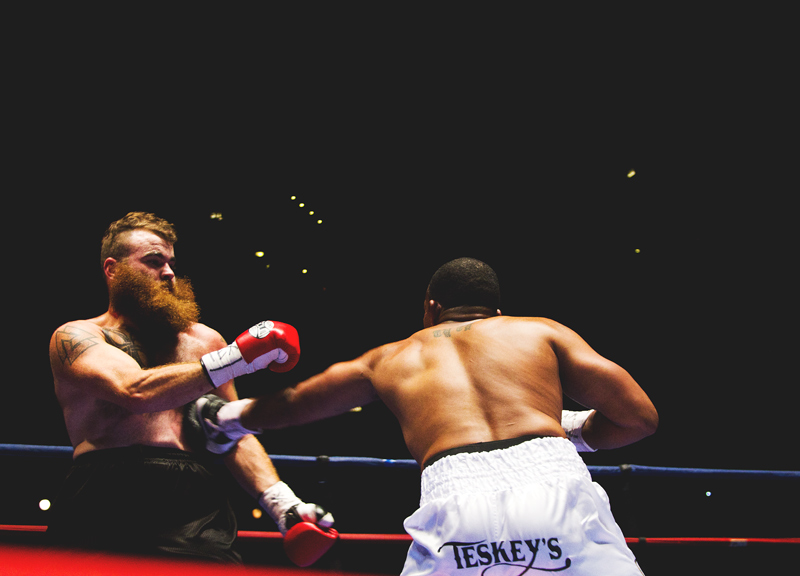 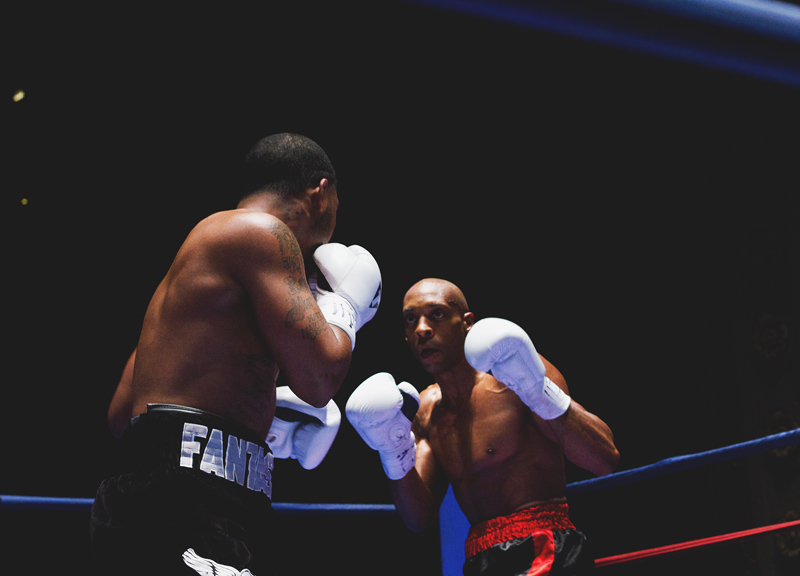 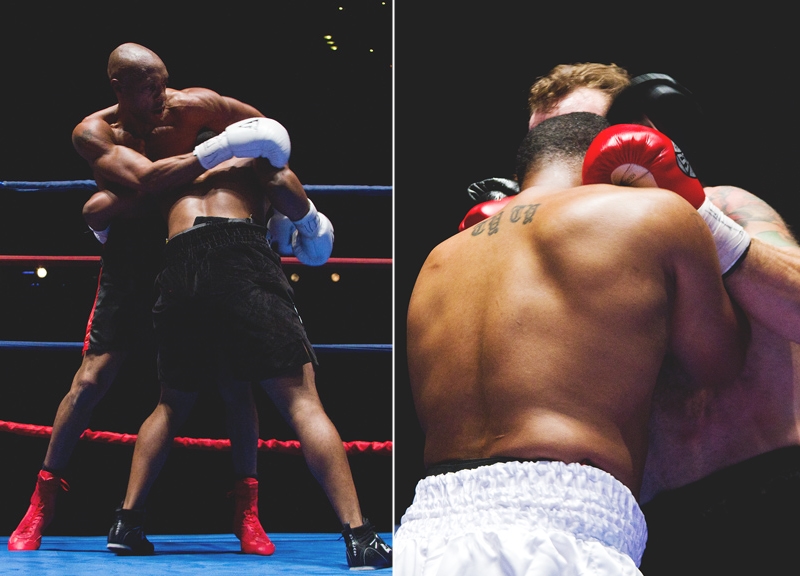 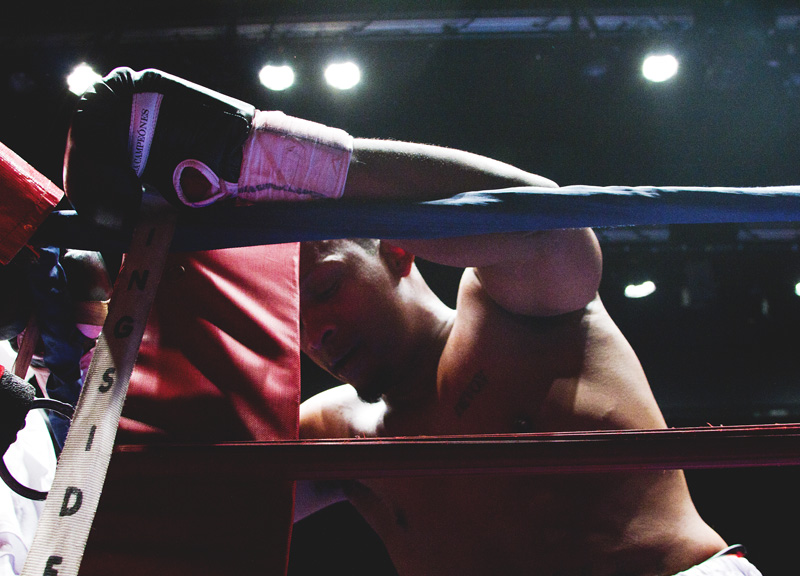 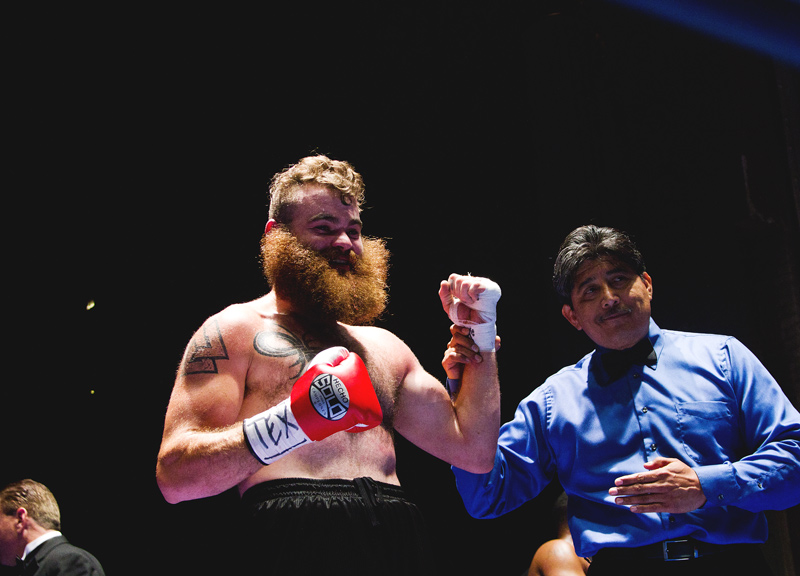 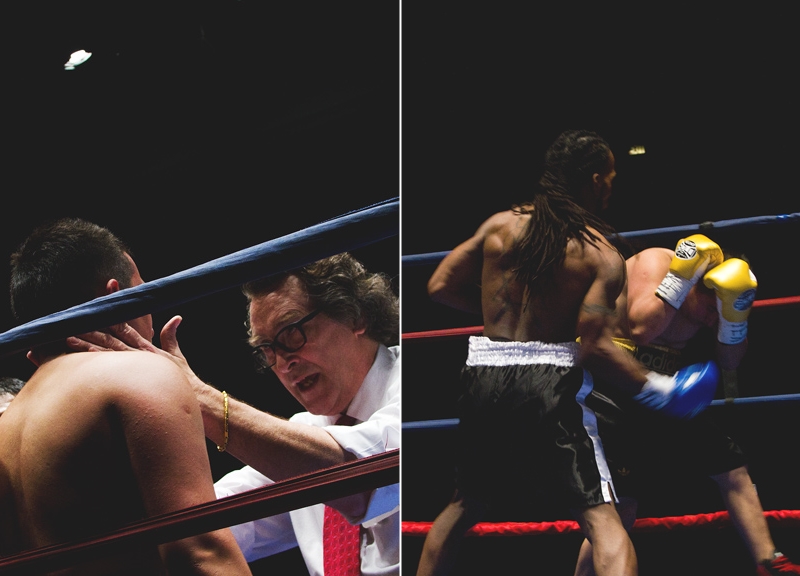 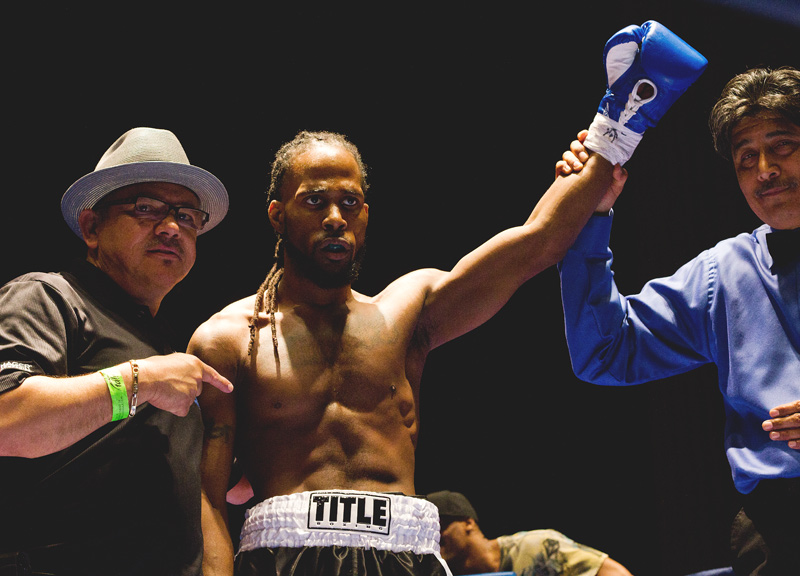 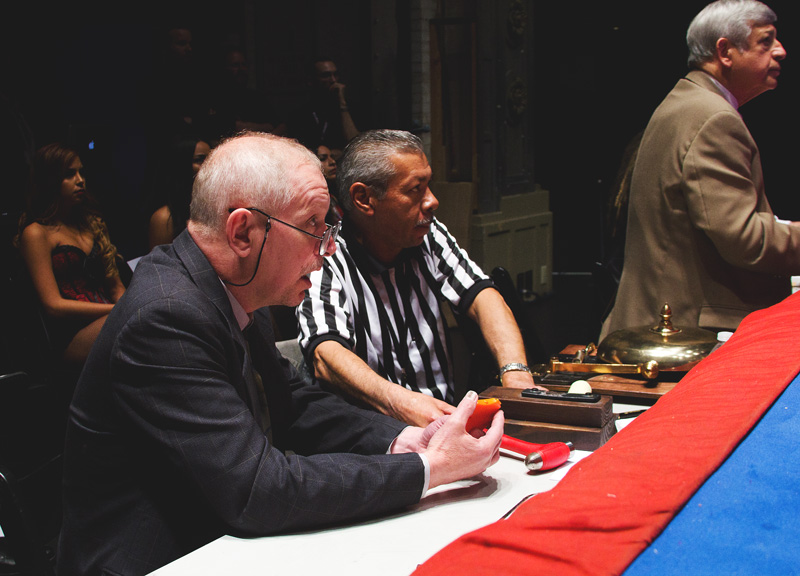 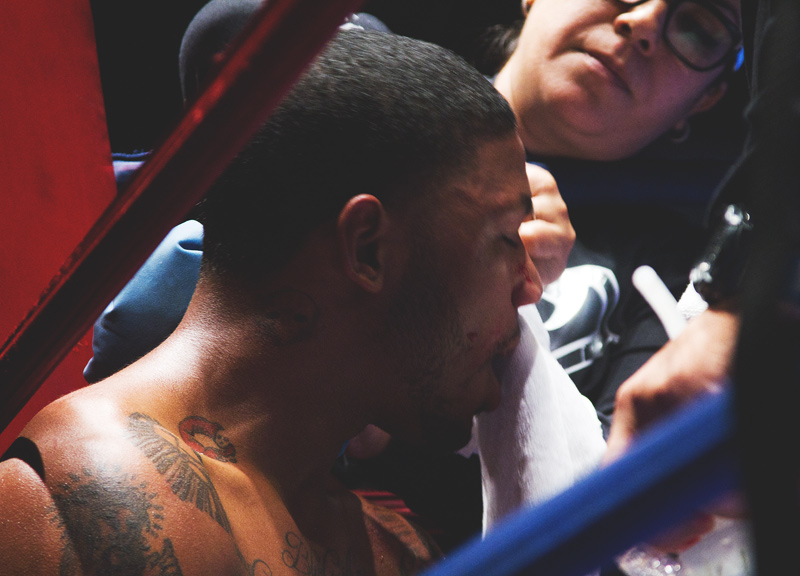 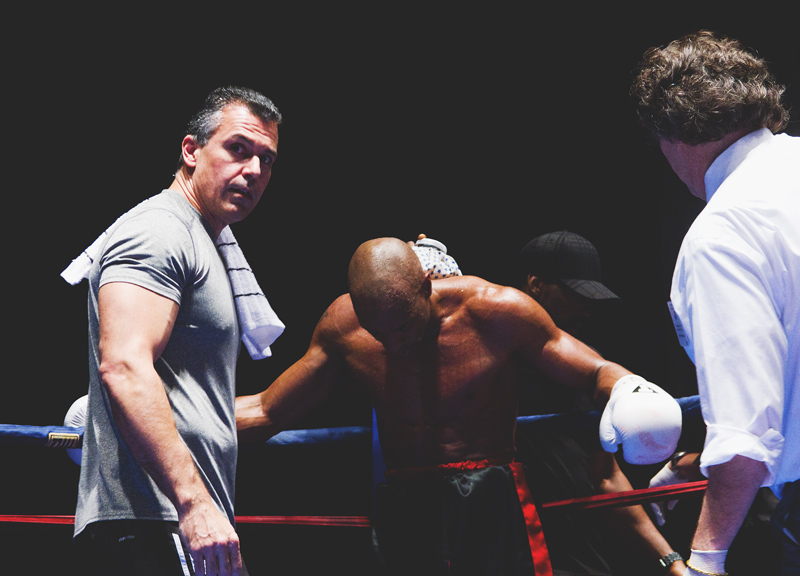 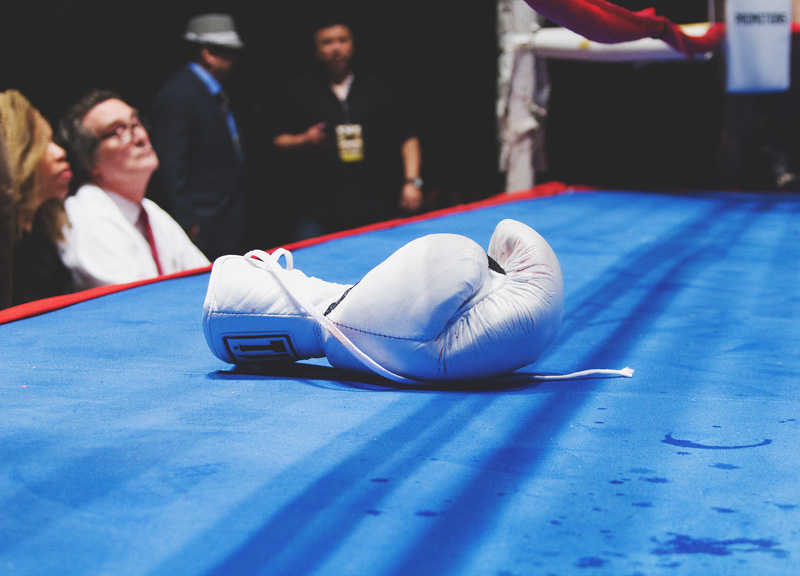 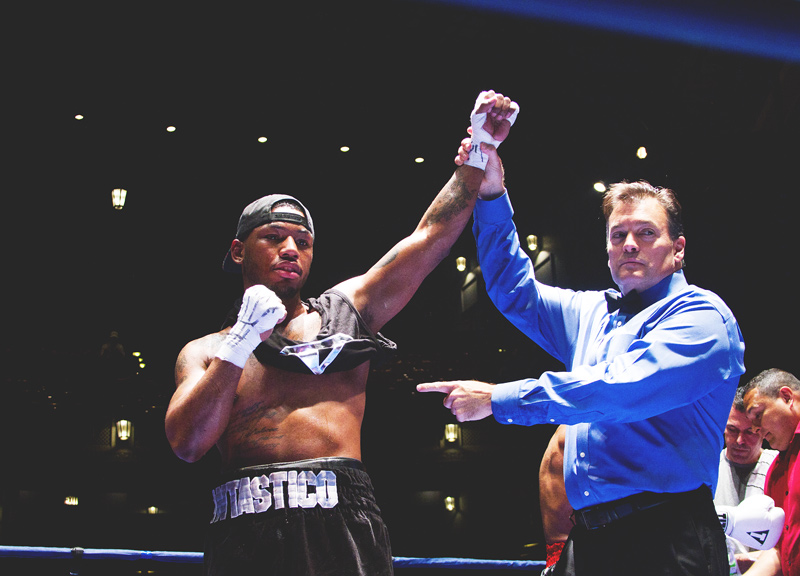