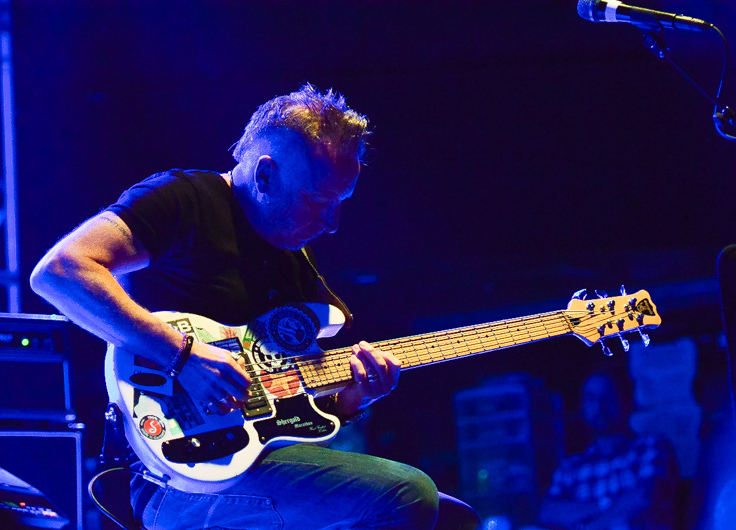 Scenes From Friday's Sold-Out Peter Hook & The Light Show At The Granada Theater.

There are seemingly countless stories of young English lads who in 1976 saw the Sex Pistols perform and then, the very next day, started their own band.

Peter Hook was one such lad. And the band he started with friend Bernard Sumner just so happened to be Joy Division. With Ian Curtis on vocals, Joy Division became pioneers of Goth-punk, inspiring bands like The Cure, Interpol and many more in the process. But it was, of course, a short process.

Joy Division released only two studio albums. Curtis had troubles with his marriage, with epilepsy and with depression. And, just before Joy Division was to depart for its first American tour, Curtis committed suicide, bringing the band's run to a halt and ruining any chance for American fans to ever see the band live.

Peter Hook and the rest of the band continued playing music together, though. In the wake of Curtis' death, they formed New Order — an outfit that similarly was praised through its dissolution in 2007.

Still, Hook kept going. In May 2010, 30 years after Curtis' suicide, Peter Hook put together The Light to perform what was then intended to be a one-off celebration of Joy Division's music by playing the band's first album, Unknown Pleasures, front-to-back in Manchester, England, the birthplace of that band. It was an exceedingly well-received showing, though. Fans around the globe wanted to catch the act. So Hook decided to take the show on the road. And that's what he's been doing ever since, playing Joy Division and early New Order material in the process.

And that all brings us to this: A full 35 years after they were originally meant to tour the states, The Light's come back across the Atlantic and America's finally getting its Joy Division tour.

Well, y'know, sort of. In addition to a Joy Division set, The Light's tour also promises a separate New Order set in its quiver as something of a bonus.

Of course, the Joy Division stuff is the main draw. And when the tour stopped through the Granada Theater in Dallas on Friday night, it did so on a gray, bleak and rainy night — the perfect meteorological ambiance for a Joy Division show, no doubt. Better still: The show was sold-out, and by 8 p.m. the house was packed and ready.

So, too, was Hook and his band. Pre-show, the Granada has a screen in front of the stage with a live, running Twitter board. Peter Hook humorously took advantage of this to get the crowd hyped up, tweeting, “Louder please…” and urging his fans to clap and yell and beg for the show. Drummer Paul Kehoe got in on the fun, too, tweeting from his own handle, “Back in 5, having a cigarette” and “SHHHHH.” The band had more Twitter jokes to play on the crowd, too, such as, “Has anyone seen the setlists?” and “Does anyone have a pen?”

Actually, the Twitterfall ended up handling the bulk of the band's interaction with the crowd. At this show at least, Hook didn't have much stage banter to share. When the band was finally ready to kick off with its opening set of New Order material, Hook simply stated, “This goes out to all our ghosts in the past.” With that, JFK nodded his approval, and Peter Hook & The Light started out with a short instrumental piece, followed by “Ceremony,” a song written by Joy Division but recorded as New Order. The short opening set of seven New Order tunes was plenty to whet the fans appetite for what they had really come to hear — the two Joy Division albums played in their entirety and, of course, the hit single, “Love Will Tear Us Apart.”

After a brief intermission, Hook and Co. came back with “Atrocity Exhibition” and played straight through Joy Division's second album, Closer, with Hook himself absolutely soaking up every bit of the spotlight in the show. On this tour, he plays bass and sings — although not simultaneously. While Hooky's singing, his son, Jack Bates, takes over the low-end duties, marvelously and seamlessly. Between verses, when Hook really got to rock out on his instrument, he prowled from side to side across the stage like a mean, ol' bass-playing zoo tiger, with Bates and guitarist David Potts making way for him to show everyone what he's got.

Once finished with the Closer set, Hook and his pals took a quick break just to let that album's music sink in. When they returned, they did so with “Digital,” a non-album track, before launching fulling into Joy Division's first album, Unknown Pleasures, which they'd play straight through. Still, there was no stage banter from Hooky. And that may have been a conscious decision to keep with the flow of the album. That or maybe he just wasn't that into us, although he did slip a “yeehaw” in during “Interzone,” which I presume was meant to honor our state's rich cowboy tradition. (#NICETOUCH)

Alas, no banter was needed. The band — I've mentioned all but Andy Poole on the keyboards — sounded fantastic, and Hook really did a laudable job of imitating Ian Curtis' vocals, especially if you try to imagine Curtis singing at 59 years of age. In any case, it really was wild to hear these much-beloved songs performed both loudly and live.

Upon the completion of Unknown Pleasures, Hook and The Light simply thanked their fans and headed backstage. But, while the crowd had enthusiastically enjoyed each and every song played, the really big moment was still to come. There was no question there'd be an encore: This tour was most definitely designed as a crowd-pleasing affair, and the band had yet to play Joy Division's biggest hit of all.

But there was more than just that one song to come. When Hooky returned to the stage one final time, he and The Light did so with four encore tunes, the last being the song everyone had been waiting for, “Love Will Tear Us Apart.” In that moment, the crowd was so overwhelmingly excited that it accidentally sang the chorus right over the third verse. Hook, to his credit, had a little fun in that moment, waiting for this drunken choir to finish before he resumed the song as written. And then, when it came time for the chorus to be sang in its rightful place, Hook pointed to us as if to say, “Now you fucking sing.”

And sing we did.

It was a long-awaited and well-known pleasure — for everyone in attendance.

LOVE WILL TEAR US APART AGAIN. Will remember this moment forever // @peterhook_thelight

All photos by Rudy Luna. 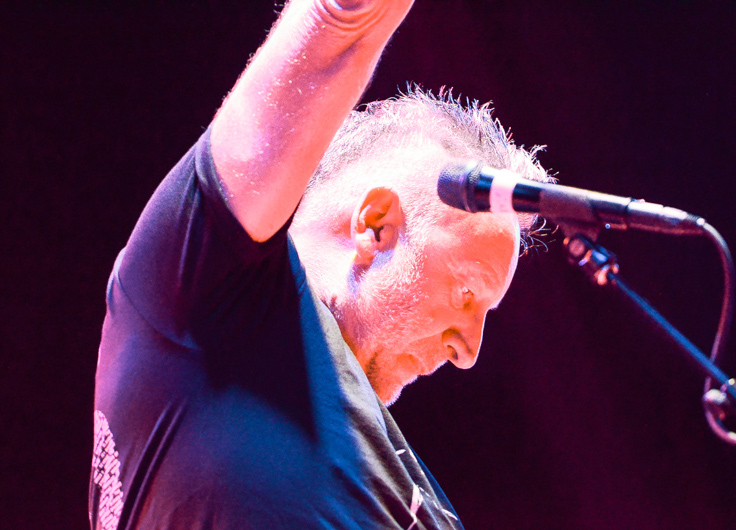 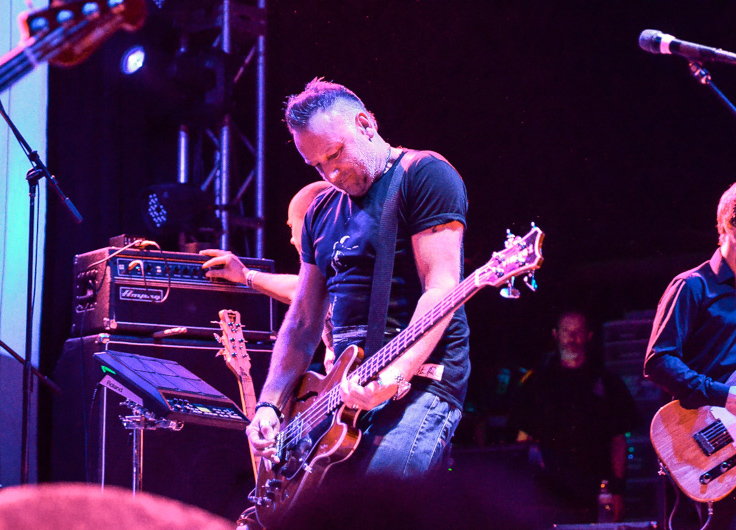 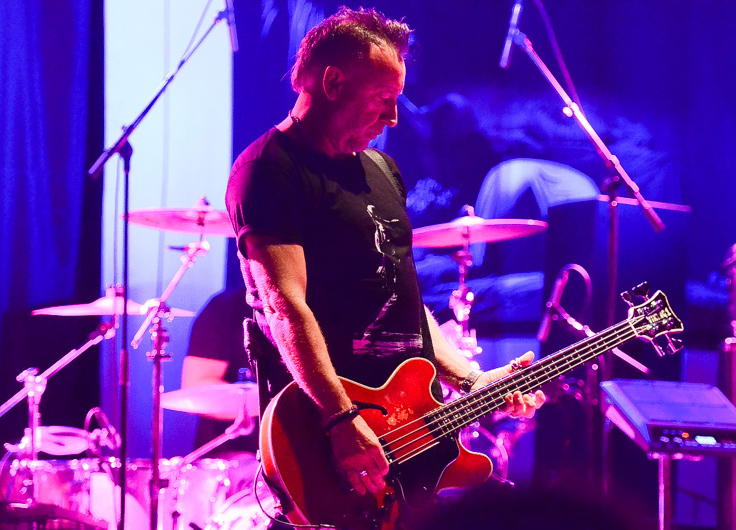 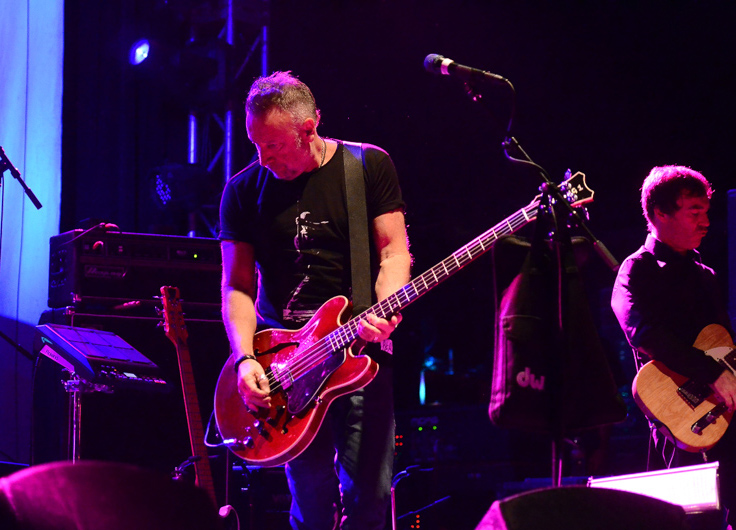 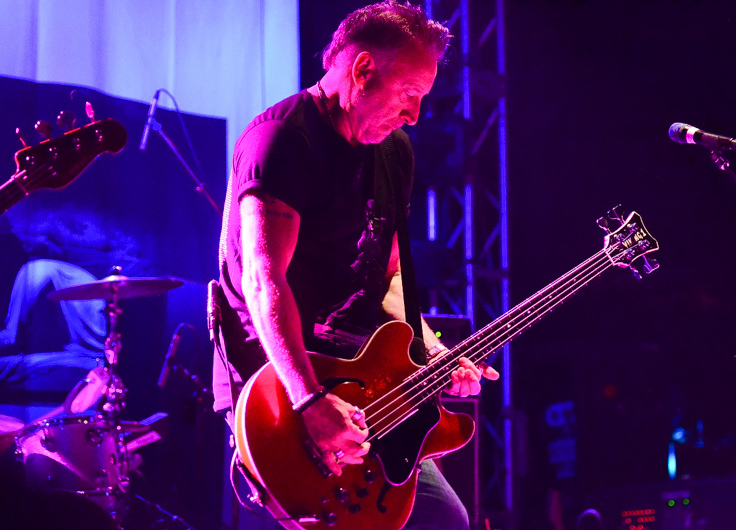 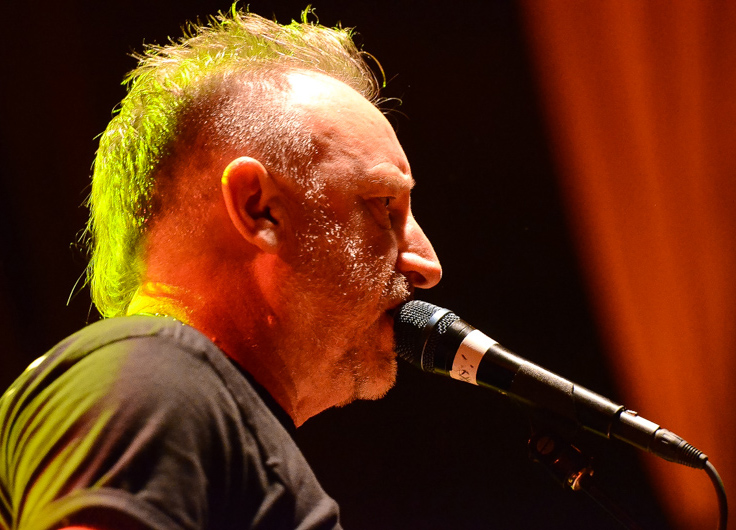 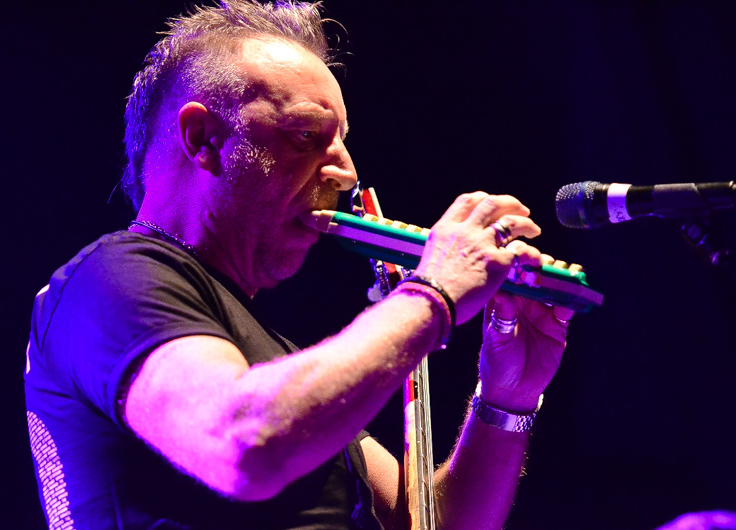 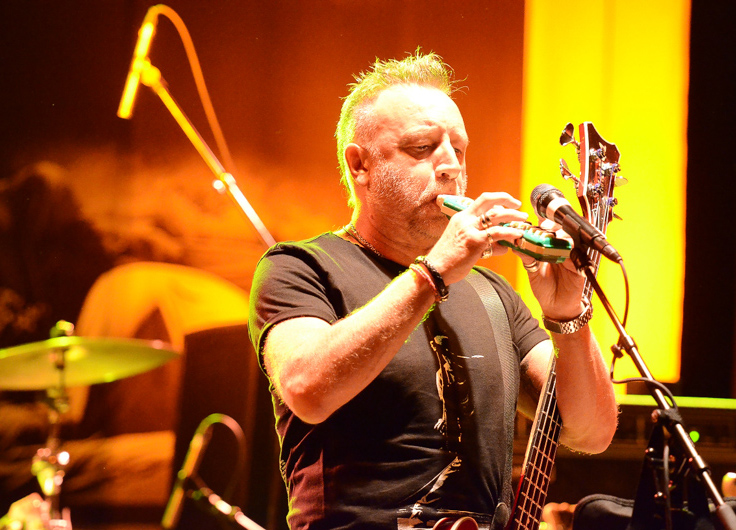 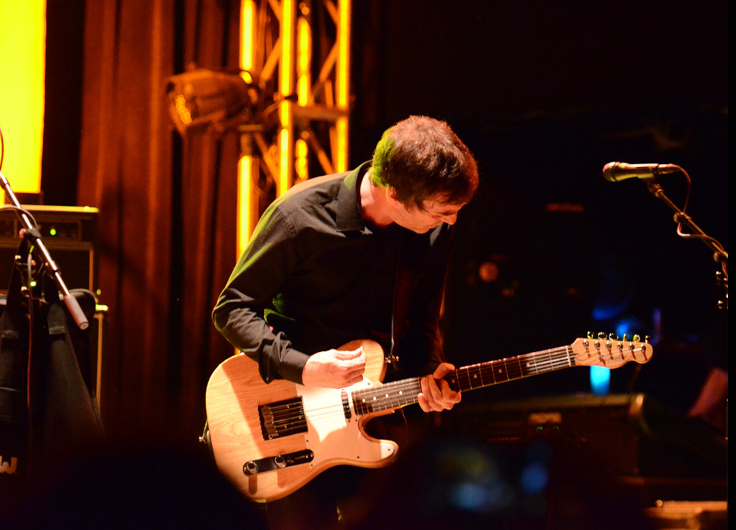 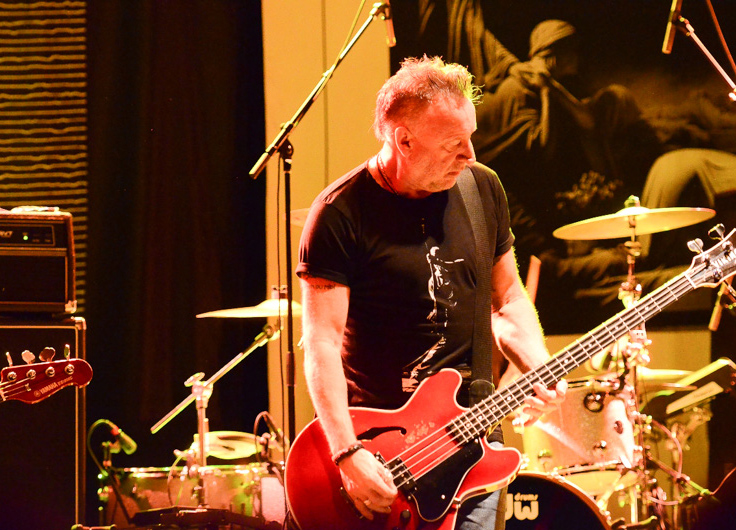 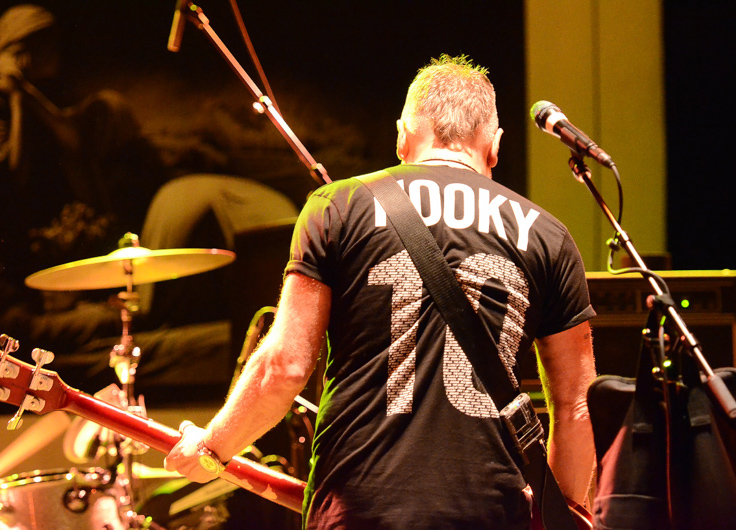 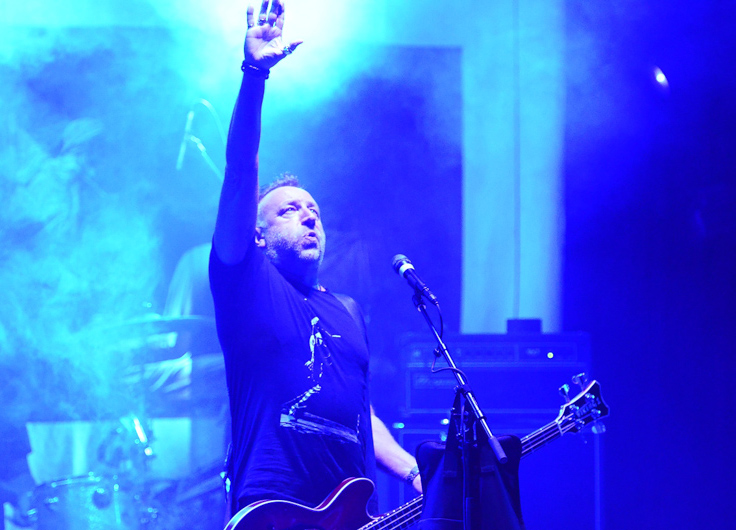 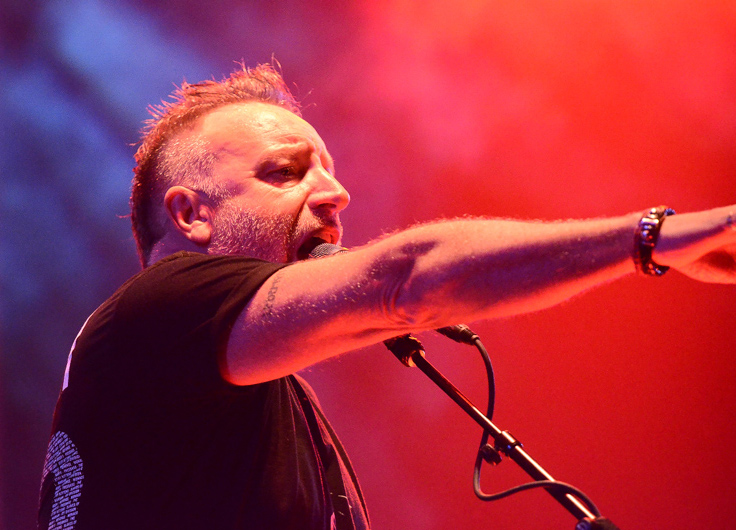 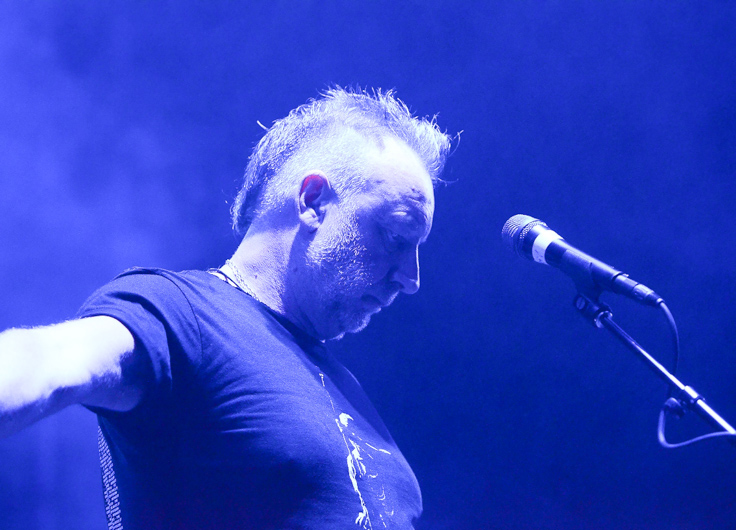 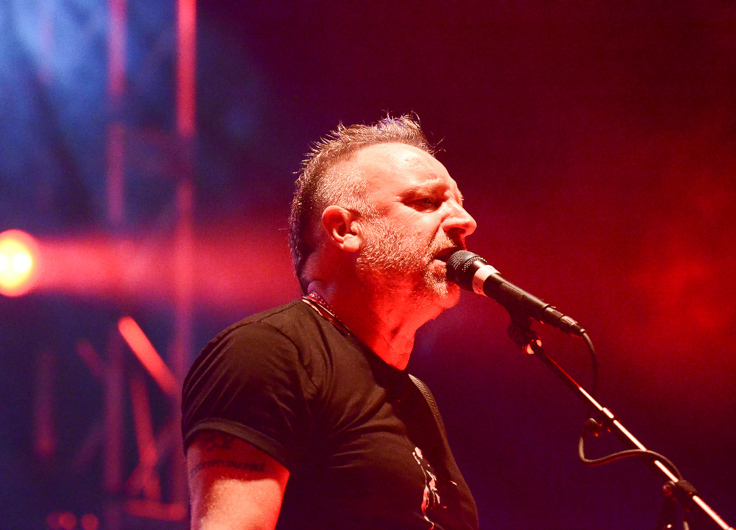 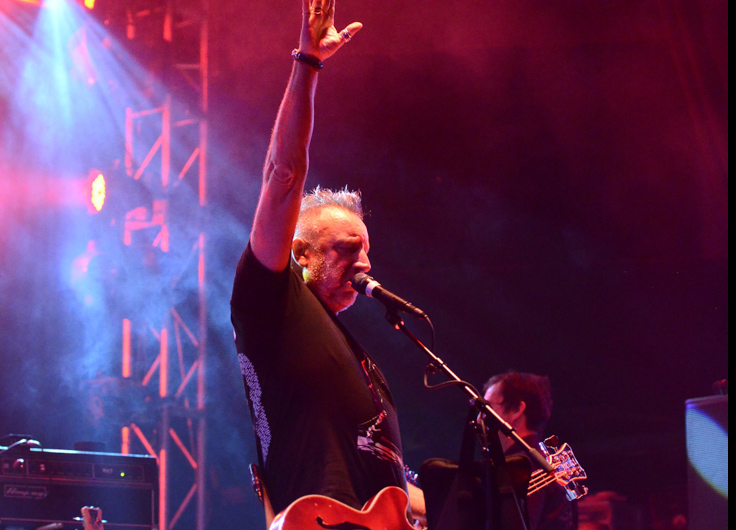 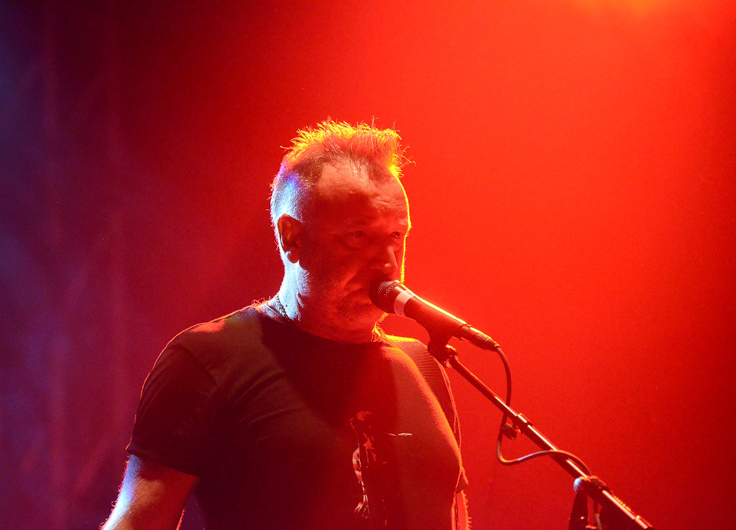 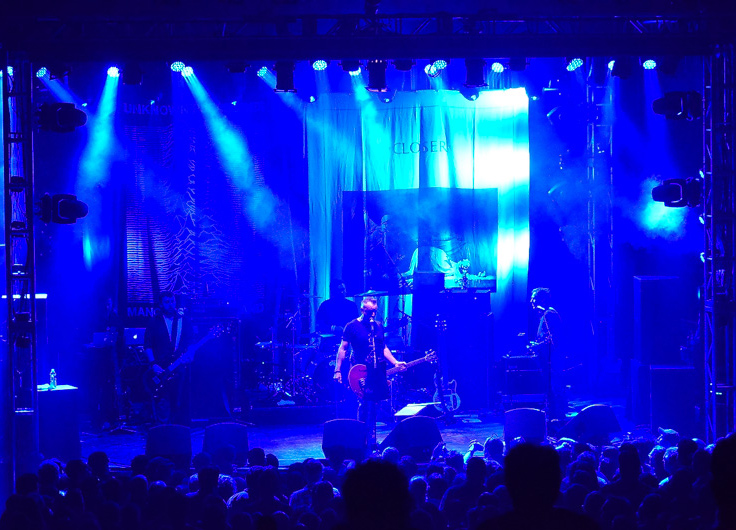 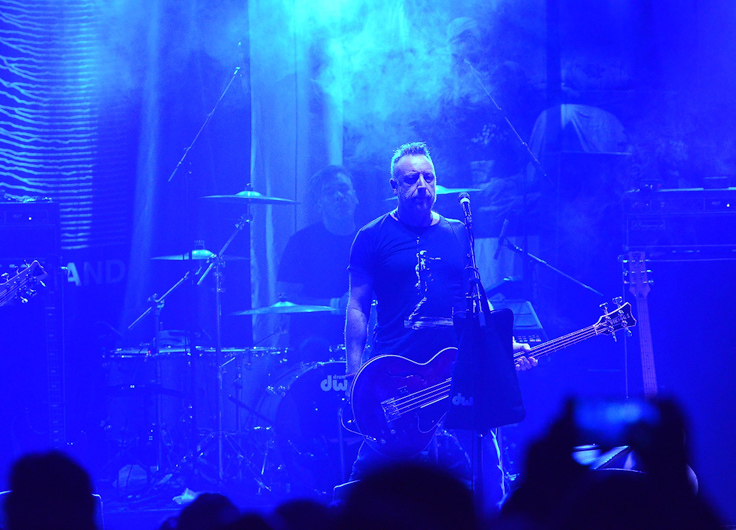