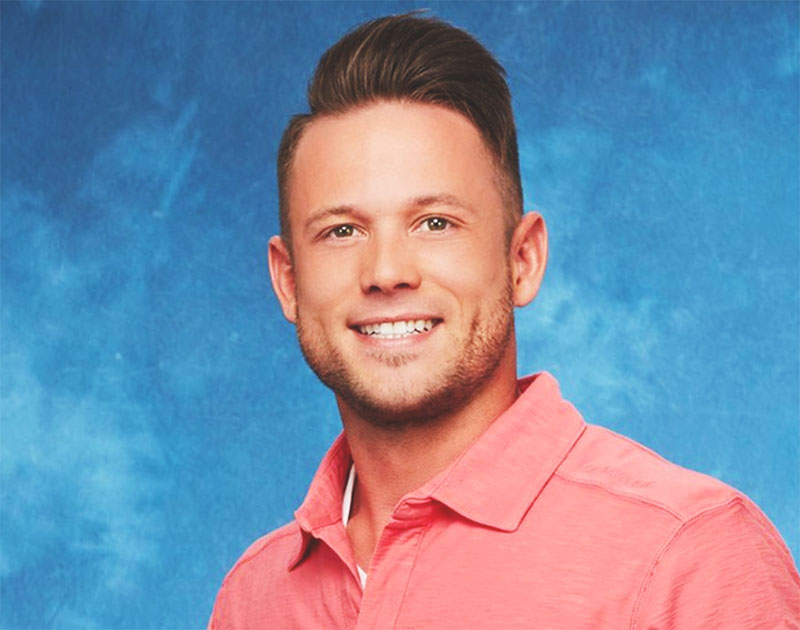 This Week, Everyone Grew Sick And Tired Of Lee But Rachel Still Gave Him A Rose. Also? There Was A Kiss That Didn’t Involve Rachel At All!

It’s been two weeks since our last Bachelorette episode, but it’s felt like a month — thanks in no small part to all the drama happening in the Bachelor world at large these days in the wake of the recent Bachelor in Paradise production scandal.

This week’s episode picked right up where we last left things off, with the Eric and Lee drama coming to a crest during the cocktail party. Don’t remember what that’s all about? OK, here’s a quick recap: Lee (pictured in cover photo) is a bad dude, no one in the house seems to like him, and he’s been bullying Eric, whose confidence is clearly wavering as a result of that wholly unwanted attention.

But, well, this is TV, so what do you think happens this week? C’mon! Haven’t you ever seen a reality show before? Rachel gives Lee a rose right as the episode starts off.

From there, the men travel to South Carolina for more get-to-know Rachel shenanigans. And now with Lee fully established as Our Villain, the show does just what you’d expect and sets him up on an inevitable two-on-one date — just as it has done with most of its villains in the past.

How will things go from here? Let’s find out, while taking a look at the stats from this week’s episode, because that’s just what we do.

I Love You Utterances: Two. In the fourth episode of Dallas lawyer Rachel Lindsay’s groundbreaking season of The Bachelorette, two different bachelors mention how they could see themselves falling in love with Rachel. Everyone together now: Awwwww!

Interruptions: Two. Not a lot of interruptions were shown this week, but one of them does ignite some of this week’s drama (more on that in a bit).

Shirtless men: Six. Hey, do you know what the Latin word for six is? Sex. It’s sex.

“Right Reasons”: One. Wait, just one? How has this not been a bigger thing yet this season? So many guys keep telling Rachel how their competition isn’t good for her — but they’re just not using the proper wording. What gives?

Cries: Two. And, both times, they come from Rachel. Once, she tears up over the pressure of the show. The other time, she breaks down over Dean’s backstory about his mother.

Drunk Antics: One. Is anyone surprised to hear it was Lee? Nope. We’re guessing this is a factor in why he’s always deciding to stir up some drama.

Kisses: Five. But — plot twist! –only four of these come from Rachel kissing her boys. What’s the other? When Josiah kisses his Spelling Bee trophy.

Confrontations: Four. Oh, man! This week, we get the spillover of Eric confronting Lee and Iggy from two weeks ago. Then Kenny get very angry at Lee for interrupting his time with Rachel when Lee already had his one-on-one time — a confrontation that gets so heated that Rachel hears it while spending time with another guy. Later, Kenny confronts Lee again during the group date. Look for these two to come to blows during their two-on-one date next week. Finally, at the end of the group date, Iggy confronts Josiah about… Josiah’s attitude, I guess? Like, Iggy doesn’t like Josiah’s personality or something? So he tells Rachel that Josiah isn’t good for her? Iggy likes to gossip, y’all!

At just 25 years old, Dean might be the youngest bachelor on the show, but his opening up about his mother dying of breast cancer when he was just 15 continued to earn him major points in the vulnerability category, and Rachel is very clearly impressed with the young guy’s maturity.

Bad Guy Lee sure seems to enjoy making people mad. Multiple times during this episode, he talks about how he gets tickled when an angry man gets angrier. He also talks some about how he likes to smile when someone is yelling at him. Dude’s a snake. No, he’s not the best villain this show has ever had or anything like that. But credit where it’s due: The guy’s playing the part well.

After a week off, we get two episodes next week — one on Monday and another on Tuesday. Look for some new Hot Prospects (Bryan has yet to get a one-on-one but Rachel is digging him for sure), and keep an eye out for the Kenny and Lee confrontation finally coming to blows.