Are You Free Thursday Nights? 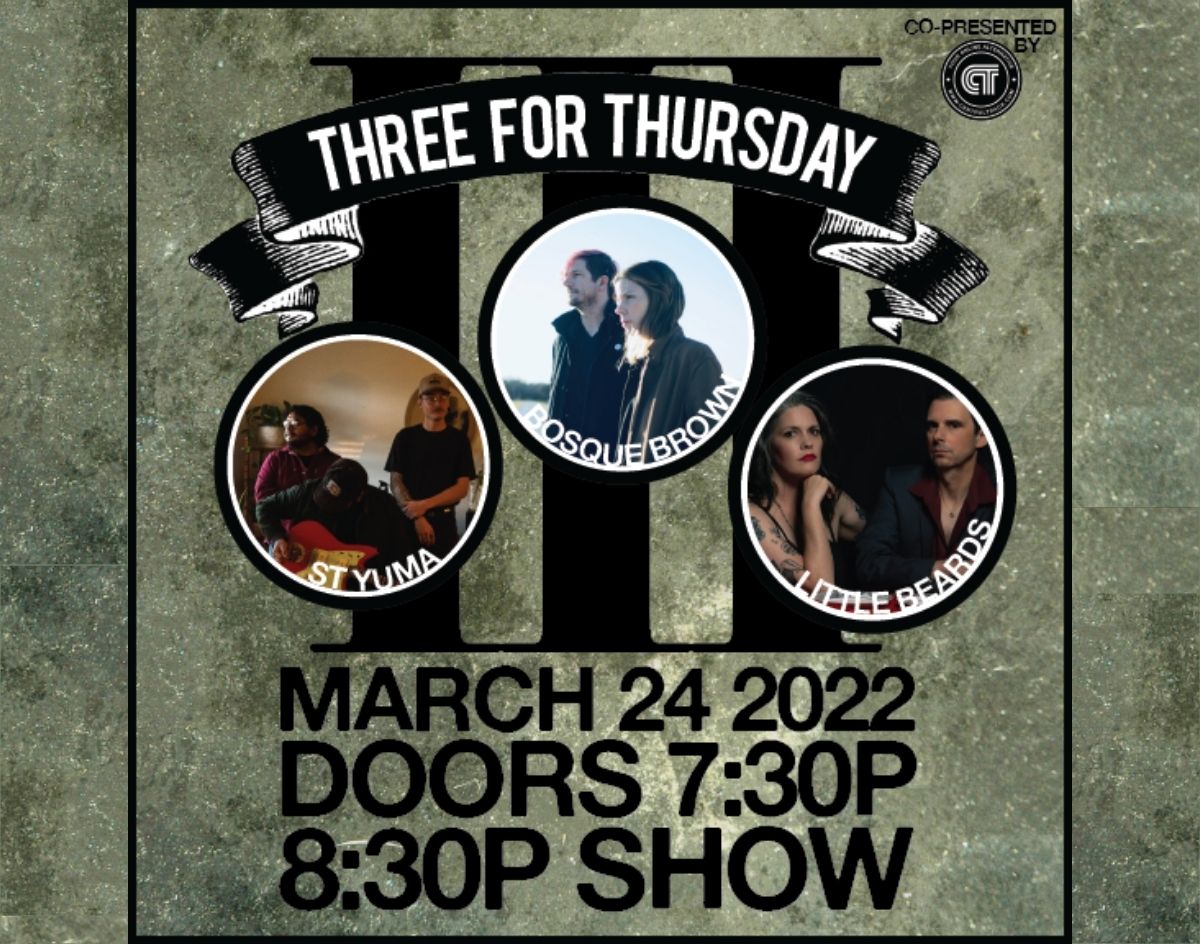 Hey, We’re Co-Presenting A New Live Music Series At Texas Theatre Called Three For Thursday And You Should Totally Come.

Presented by Texas Theatre and Talented Friends (and with a little help from your favorite Dallas media publication) Three For Thursday is the newest reoccurring local music series to hit Oak Cliff. The first installment of the series is going down behind the screen next Thursday, March 24 and will feature bands St. Yuma, Bosque Brown and Little Beards. Planned to be a monthly series, you’ll be able to catch local talent in threes over and over in Dallas’ most iconic theater.

SEE ALSO: THE VENDETTA AGAINST ‘BENEDETTA’ AT TEXAS THEATRE.

Now, who exactly are next week’s acts that are opening Three For Thursday?

Brothers Stevan and Zack Alva formed this outfit in Seattle in 2015, but it has since been based in Texas. With drummer Cody Franklin and violinist Kennedy Webb on deck, the group does psyche-folk, sneaking in trippy effects like distortion and phasing in its peaceful, down-to-earth sound. It’s ideal for taking a chilly walk on the beach at sunrise.

It’s latest album, Lights Out, Lonely Birds, dropped 2021 and we got the dreamy “Loretta” in Feb.

Bosque Brown in the brain child of Fort Worth’s Mara Lee Miller, whose soulful, delicate voice and honest lyricism have been mystifying the North Texas folk scene since 2005. Miller was joined by her collaborator, Seattle’s Jeremy Buller, officially making this act a duo. Contemplative and hymn-like, Bosque Brown is the perfect soundtrack for sitting in the middle of a soft rural field, if you ever find yourself in one.

This act’s discography is made up of four albums, the latest being 2018’s Little Sea EP.

This Dallas husband-wife duo have been making darkwave synth jams since 2014. Nan and Sean Kirkpatrick have produced some wonderfully moody and euphoric stuff, both as a partnership and separately in their other respective projects, like Sean’s Mirrorbox and Nan’s Frauen. If you’re the Berlin-club-hopping-type, Little Beards should definielty pique your interest.

Following 2021’s The Legend of Spectacular Living, this act’s most recent release is a Lovelock remix of “Blood Diamonds,” from the very album. Give both a listen and see how they compare.