The Vendetta Against ‘Benedetta’ At Texas Theatre. 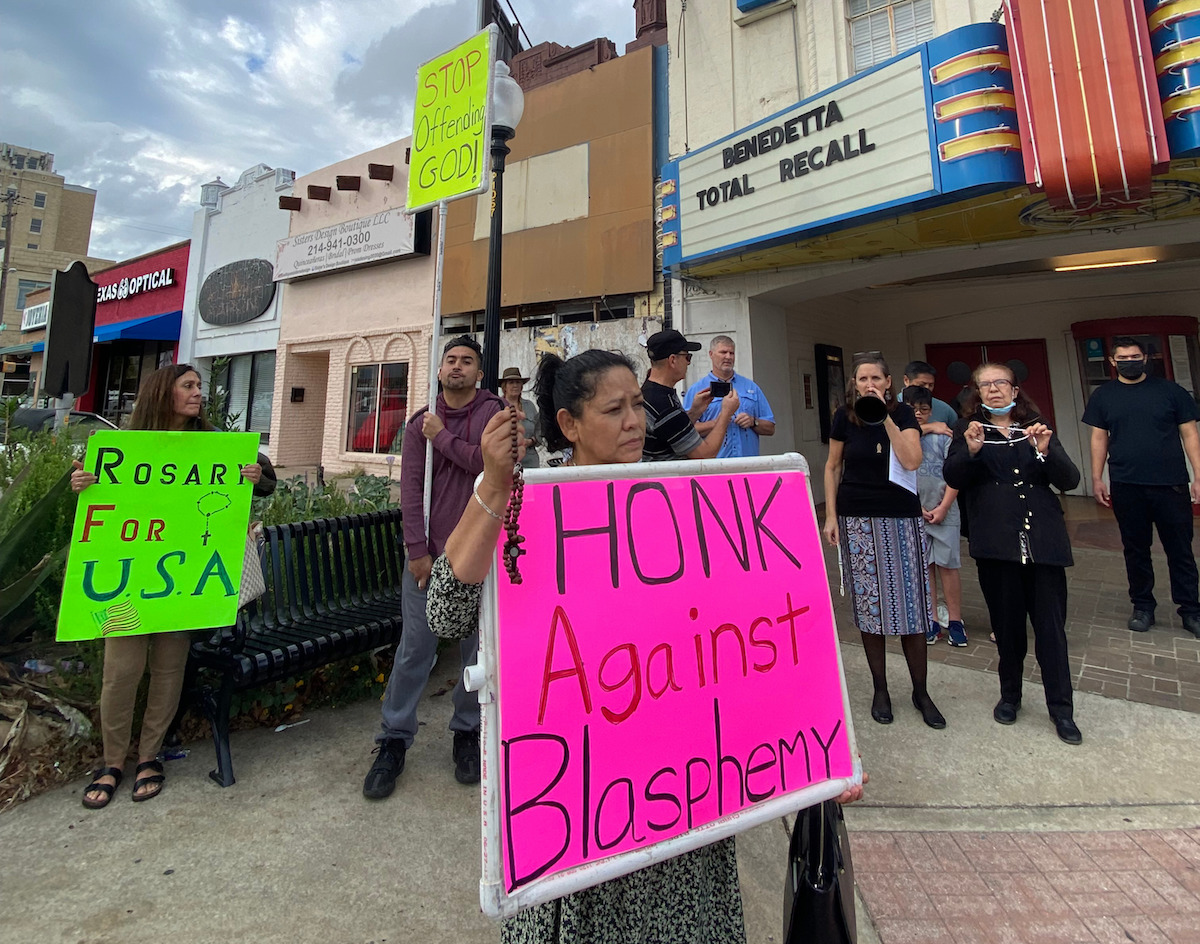 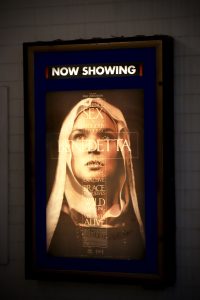 Benedetta opened last week and it’s a spicy one. The film follows a 17th century nun who gets caught up in an affair with a novice and has scandalous visions of Jesus, causing an uproar within the Church.

Directed by Paul Verhoeven (RoboCop, Basic Instinct), it doesn’t hold back on its graphicness. We’re talking gore, lengthy and explicit sex scenes and one unintended use of a Virgin Mary statue. Verhoeven’s intended use of the provocative and raunchy scenes is to tell a story of corruption and how institutional misogyny leads to abuse.

Turns out, some Catholics weren’t too jazzed about the banging nuns — the film has been met with protests across the country, and Dallas was no exception. The historic Texas Theatre started showing the film on December 3 and according to Barak Epstein, owner of Aviation Cinemas — the company that runs Texas Theatre — protestors consistently showed up to the first handful of showings. Sporting signs like “honk against blasphemy” and “stop offending God,” the small crowd condemned the film’s contents and attempted to steer any potential audience members away.

It seems they’ve lost steam near the end of the week, though. We staked out the theatre for multiple nights to photograph and speak to the protesters, but to no avail.

While it’s not clear if every single protestor came from the same group, one 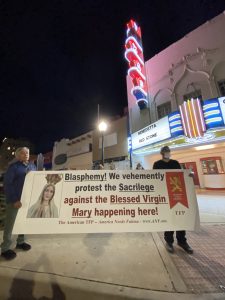 banner can be seen with the name “America Needs Fatima,” a Catholic organization that campaigns “to win the heart and soul of America for Mary” by spreading the Lady’s message. Its website has a lot of content available detailing what’s wrong with America, such as the threat of communism, Etsy promoting the Satanic sacrifice of children and “Coronaphobia.”

You can even find a petition against Benedetta on the site, which has amassed 21,524 signatures and claims that the film includes “several Jesus-on-nun intense makeouts.” If the thought of an ANF member having to type that sentence out isn’t already amusing, that doesn’t even happen in the movie.

BRB — currently starting a petition for a re-release that does include several Jesus-on-nun intense make-outs.

What’s truly interesting is that the film is based on a true story. Benedetta Carlini was indeed a nun in 17th century Italy who had a physical relationship with a novice nun and claimed to have religious visions. It’s fascinating that those condemning the movie are claiming it to be blasphemous lies that anti-God degenerates have made up, when in reality it’s true to Catholic history, sans some creative liberties.

The Catholic church covering stuff up? Unheard of.

Anyway, the Texas Theatre has one more showing of Benedetta — an encore that was added for December 12. And it sure would be a shame you all went and blasphemed. 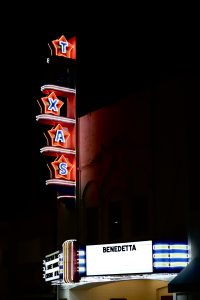