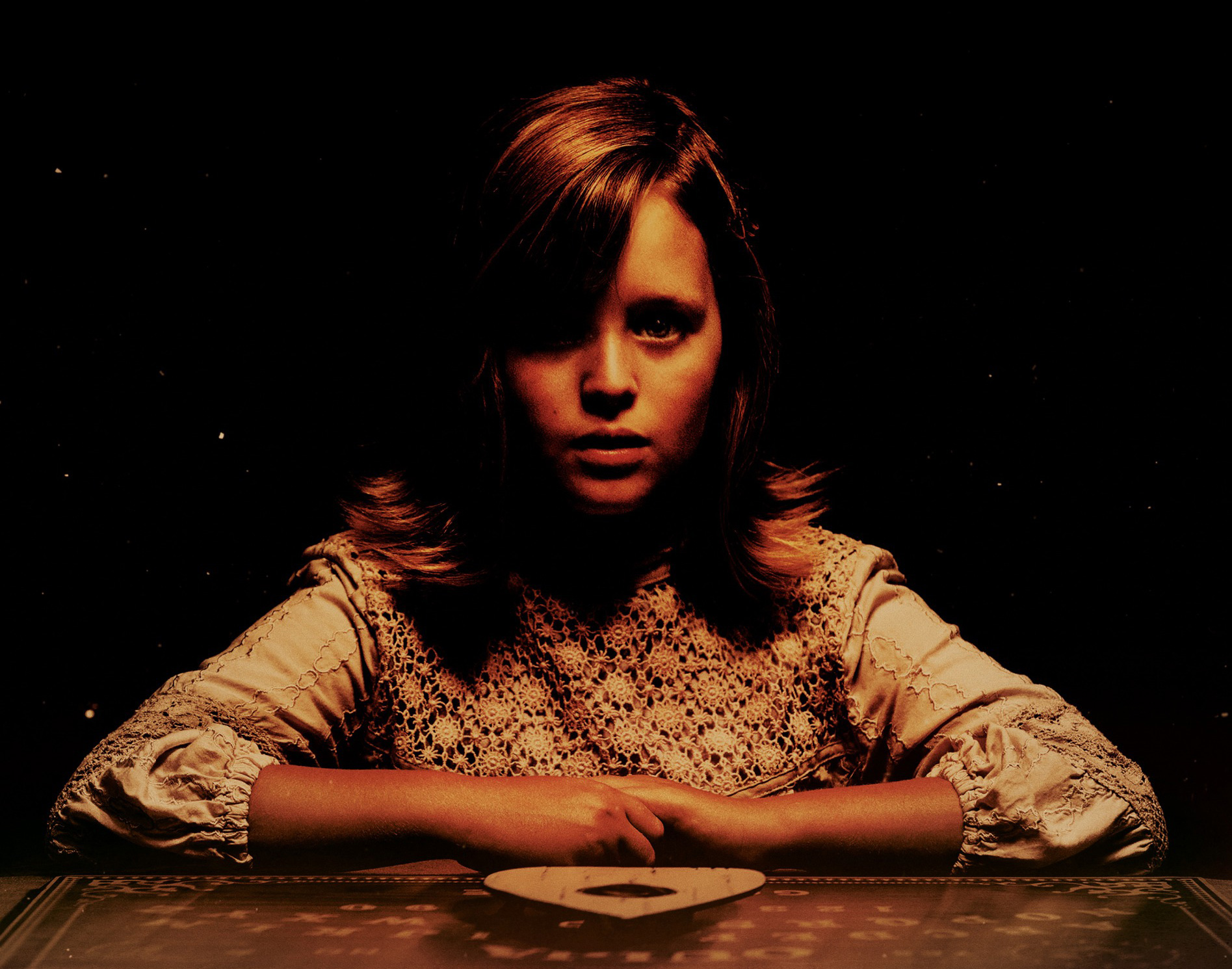 As The Only Major Horror Release of Note This Halloween Season, It’s A Good Thing Ouija: Origin of Evil Succeeds.

The Ouija board is iconic as hell.

Most everyone played this game at least once growing up, right? It’s pretty much the perfect pre-teen game and it’a fun way to mess with your more gullible friends. It also has a lot of creepy potential.

Given that the whole premise of the game is that you can “communicate” with spirits, it’s actually kind of amazing that it took until 2014 for a movie based it to come out, even if that first effort wasn’t that great.

Still, the idea is a good one, and following middling reviews of the original, Universal decided to hire a better genre director in Mike Flanagan to helm a prequel movie called Ouija: Origin of Evil. As the title implies, this movie takes place before the events of the 2014 original.

In this version, we follow a “fortune teller” named Alice (Elizabeth Reaser) and her two daughters, Paulina (Annalise Basso) and Doris (Lulu Wilson). Business for Alice isn’t going all that well, and after her husband’s death, the bills are piling up. Hoping to help her business, Alice buys a Ouija board. But when Doris starts using the board, she’s not the same.

The titular board game surprisingly doesn’t factor too much into what happens next. After Doris’ initial contact with the spirits in her family’s house, the movie becomes more of a haunted house/possession hybrid film. At times, it’s almost like watching an Exorcist movie, meaning you can expect some generally disturbing imagery. Really, between those and the pretty brutal killings in the movie, it’s a little surprising that this movie is rated PG-13.

Also surprising? The aesthetic choice to make this movie seem like it’s not just set but actually from the ’60s. From the old-school Universal logo to the fact there cue marks and digital film grain overlays, the movie straddles the line between modern and vintage.

While some lesser movies will waste time with characters not believing there’s anything supernatural going on, the story itself is paced well enough to keep moving along, giving us time for the good and creepy scares. Being as this is the only significant horror release this month, Ouija: Origin of Evil is pretty much by default the major cinema choice this Halloween season.

Fortunately, it’s well-paced, effective scary and depressingly dark enough to stand in well in that role.