A Quite Place Really Brings The Noise. 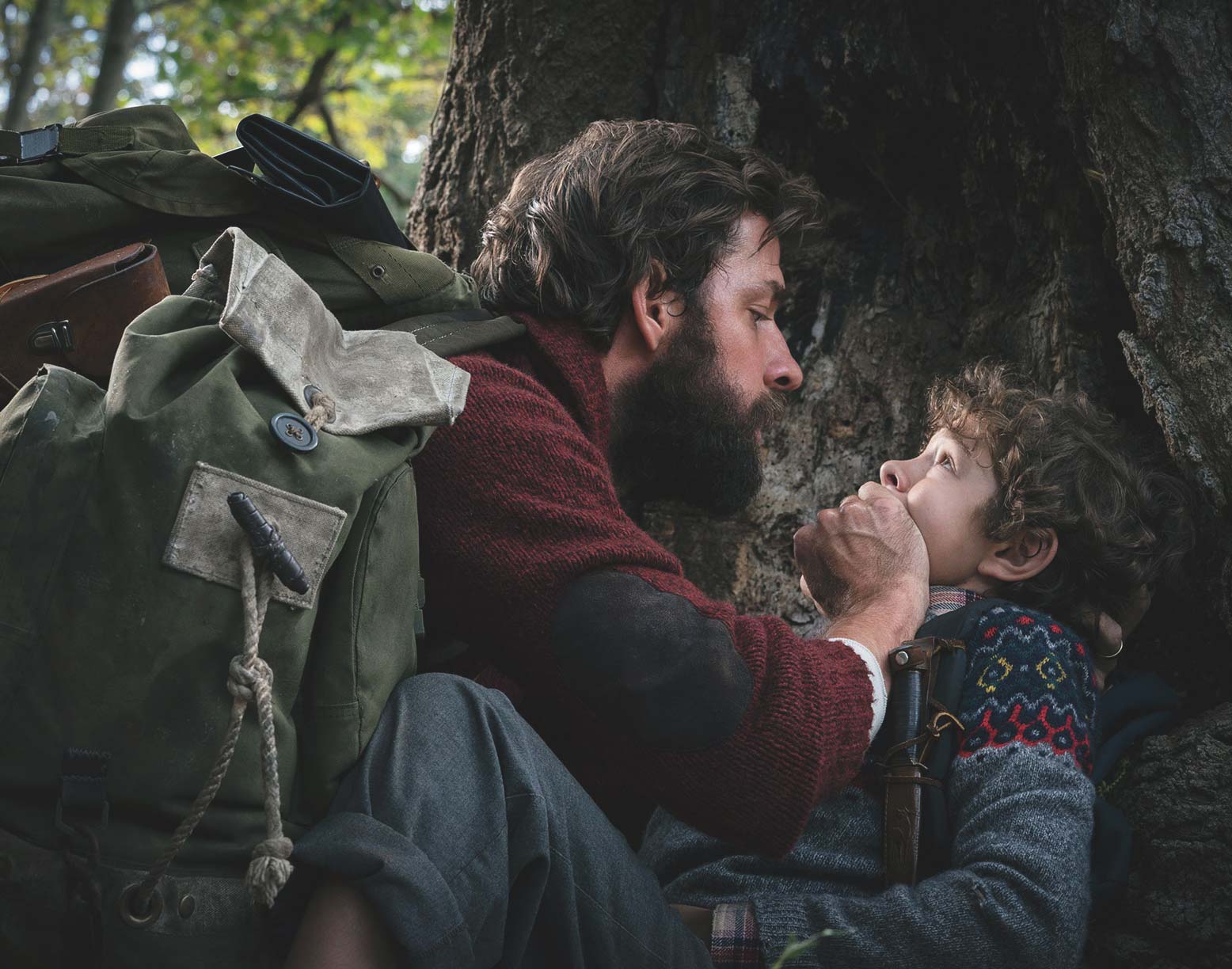 By Turning Down Its Volume, John Krasinski’s Tense New Thriller Becomes The Latest Horror Film To Up The Genre’s Prestige.

They say that if you take away one of the five senses, the others are heightened.

That phrase is at the heart of director and star John Krasinski’s superb horror joint, A Quiet Place. Set in a world where noise leads to danger, the film is almost entirely devoid of dialogue. In turn, the scares are immensely heightened.

It’s a neat conceit, setting the film after an event that sees civilization brought to a quiet halt. For some unknown reason, it seems some blind creatures who are super sensitive to sound decided they didn’t want us pesky humans around any longer, clanking around.

Still, a handful of survivors persist, doing all they can to keep their volume to a minimum.

Lee (Krasinski), Evelyn (Blunt) and their kids Marcus (Jupe) and Regan (Simmonds) are among that select set. They’re coping with the world’s new rules best they can, knowing full and well that a single step upon a fallen tree branch can lead to a gruesome death at the hands of their would-be tormentors. One problem: Evelyn is pregnant and weeks away from giving birth. And, as anyone who has ever been stuck on a plane with a crying baby knows, this forthcoming bundle of joy could lead to the end of the family’s existence.

If A Quiet Place sounds simple and straightforward, it is. But that’s also why it succeeds. By contently letting its silence ploy carry the film, the pressure is lifted off everyone else. And so the small cast is able to breath and shine while emoting over their family’s situation and greatly enhancing the overall terror.

Just don’t go into this film expecting complete silence, as A Quiet Place is not some modern run at the legacy of silent movies. One of the best sound designed films in recent memory, every single noise here feels important, just as is the case for the characters at the heart of the story. It’s a little reminiscent of ASMR, actually, as the film’s audio features soothing sounds of nature, crinkles and soft fabrics throughout its run. Rather cruelly, though, these elements work to lull viewers into a trance before ripping them out of their daze with bursts of noise.

The devil really is in these details. Without dialogue to offer up exposition, A Quiet Place pushes its narrative through the routines and quirks that fill its characters’ lives and living environment. Whether it’s the cotton balls they use as Monopoly pieces or the sand they pour onto the ground to soften the sound of their footsteps, attention is paid to even the smallest bit of minutiae, adding authenticity to the film’s world and the fears that engulf it.

It amounts to an impressive offering from Krasinski, who most will still recognize from his days on The Office. But, as Jordan Peele previously did with Get Out, Krasinski is able to show with A Quiet Place that the comedy and horror are closer to one another than they appear to be. They’re both at their best when well thought out, that’s for sure. And A Quiet Place certainly fits that billing.

It’s films like this one that are to thank for the horror genre’s increased mainstream prestige. A Quiet Place brings the noise, for sure.