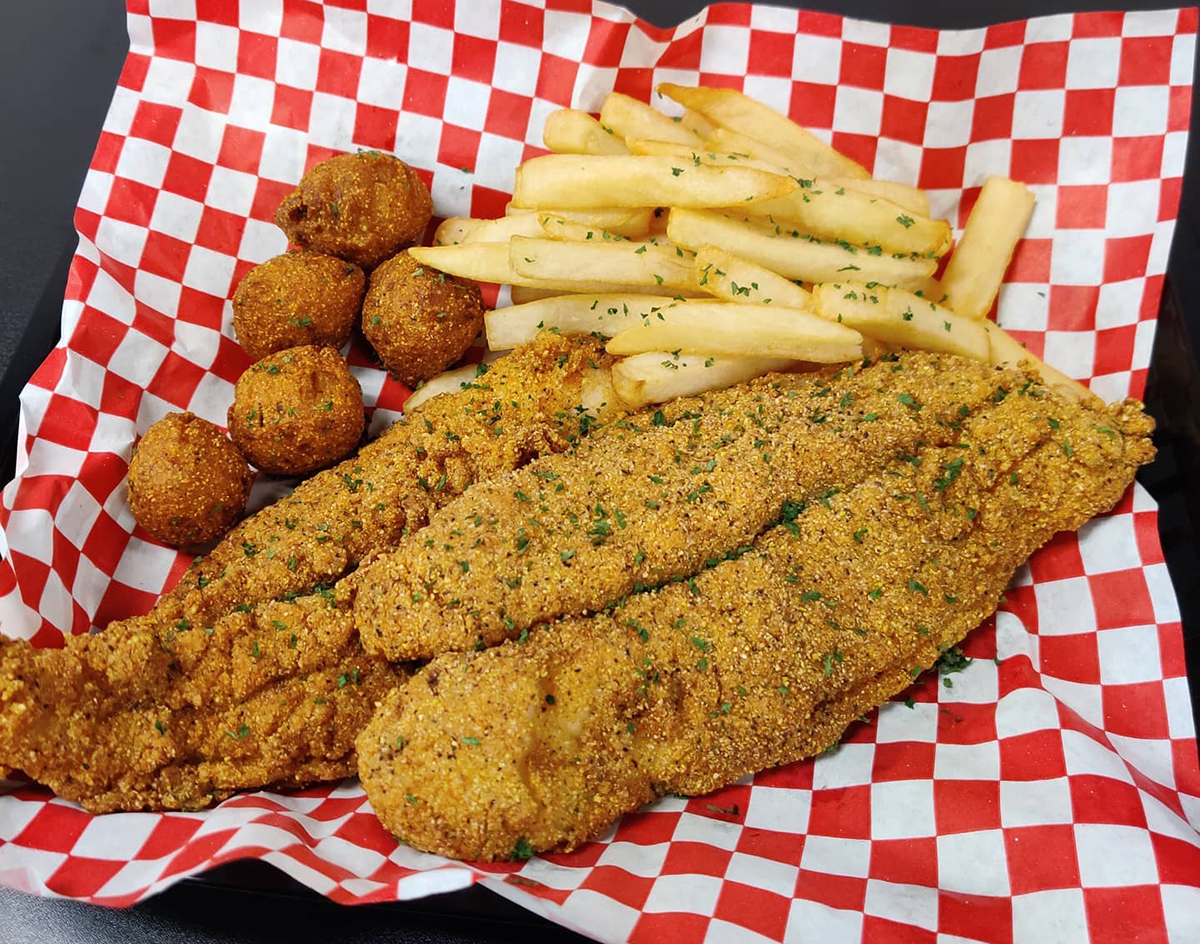 It’s no secret that local businesses have been trying to keep heads above water since the pandemic hit. And though patio dining is suggested as restaurants are allowed to remain open at 50 percent capacity, many who work service industry jobs say it’s not enough.

What’s more, businesses owned by people of color face higher risks of disadvantage. Due to the spike in unemployment rates since the pandemic began, homlessesness has surged. As of 2019, the National Alliance to End Homlessness reported that in every state, “African-Americans are more likely to experience homlessesness than white people.” In Texas, Black people are 4 times more likely to see homlessness.

With just one stimulus check in the bucket so far as many people continue to lose their jobs, the rate of homlessesness is expected to increase. Expectedly, though, people are looking to pivot to a new hustle in order to keep things afloat. For instance, many people with a knack for food have been offering their services in filling weekly orders for homemade meals, which is especially helpful for those of us who are stuck in isolation but can’t cook.

It’s not hard to find foodies on social media these days, but if that doesn’t seem wholly comfortable during this germ-conscious time, there are a number of small businesses to support through these trying times. And while not everyone has a palate for seafood, Dallas has some pretty great Black-owned seafood spots.

Unless you’re looking for it, Crab N Thangz is hard to spot out in Ledbetter. From crab claws to lobster tails and blackened catfish, this spot serves up a hefty menu, including wings and other “thangz.” While Crab N Thangz is typically open from 1-7 p.m., owner Nicky Jacob suggests calling ahead.

Cherry’s Seafood and More is a Black-owned Dallas catering company that specializes in seafood boil platters. A favorite of Cherry’s regulars is the shrimp boil bag, but there is something for everyone, even the entire family — check out the mouthwatering crab boil bags for more on that. Cherry’s is only open Friday-Sunday.

Creole Bistro is a catering company in Garland that specializes in Louisiana-style seafood. Each item on the menu is available in either a full or half pan. Creole offers southern classics like jambalaya and rum praline for dessert, but also experiments with picks like a Category 5 Creole Seafood Pasta with crawfish and shrimp doused in creole sauce. Creole Bistro is open every day from 8 a.m. to 8 p.m.

An underrated comfort food spot in Dallas, Stanley’s offers just what the name suggests: catfish and wings. This restaurant serves anywhere from a two-piece basket of catfish to a six-piece chicken basket. It’s hard to find a bad review of this place, so let that speak for itself. Stanley’s is currently open in all capacities.

Whiskers Fish and Burgers on Singleton Boulevard might seem forlorn, but as they saying goes, “it’s the inside that matters,” and this place proves it. Eaters rave about how hot and fresh the food is, and of course, how well it’s seasoned. Whiskers offers a large selection of catfish steak dinners with both bone in and out, along with fish combos, and a side of hushpuppies, naturally.

Down in Desoto, Bulleez Fish and Wings Supreme offers a wide range of fish fillets, shrimp plates and po boys. Considering the rather affordable prices, the largen portion sizes are particularly noteworthy. Due to the pandemic, Bulleez is only open for takeout and delivery right now.

Z’s Catfish is a little further out in Rockwall, but the food is worth it. With a selection of catfish and shrimp combos and classic sides like hushpuppies and cornbread, Z’s will have almost anyone’s mouth watering. (The fish can even be ordered gluten free!) The family-owned restaurant also serves up a wide array of southern favorites like sweet potato pie. For now, this joint is open for takeout and curbside pickup only.

Though it’s a small hike out to Red Oak, Gran Gran’s is something of a hidden gem. The restaurant offers all kinds of catfish and wing baskets to choose from. Patrons can pick from both bone-in and out options. Catfish lovers can even indulge in a 30-piece nugget basket. Gran Gran’s is open on all fronts right now.

Out in Arlington, D. Smith’s keeps the grill hot with delicious chicken and fish-based plates. Also among the menu are catfish and shrimp baskets along with chicken tenders — if you’re feeling indecisive, you can combine different selections. Oh, and this place also offers chicken on red velvet waffles. We’re in.