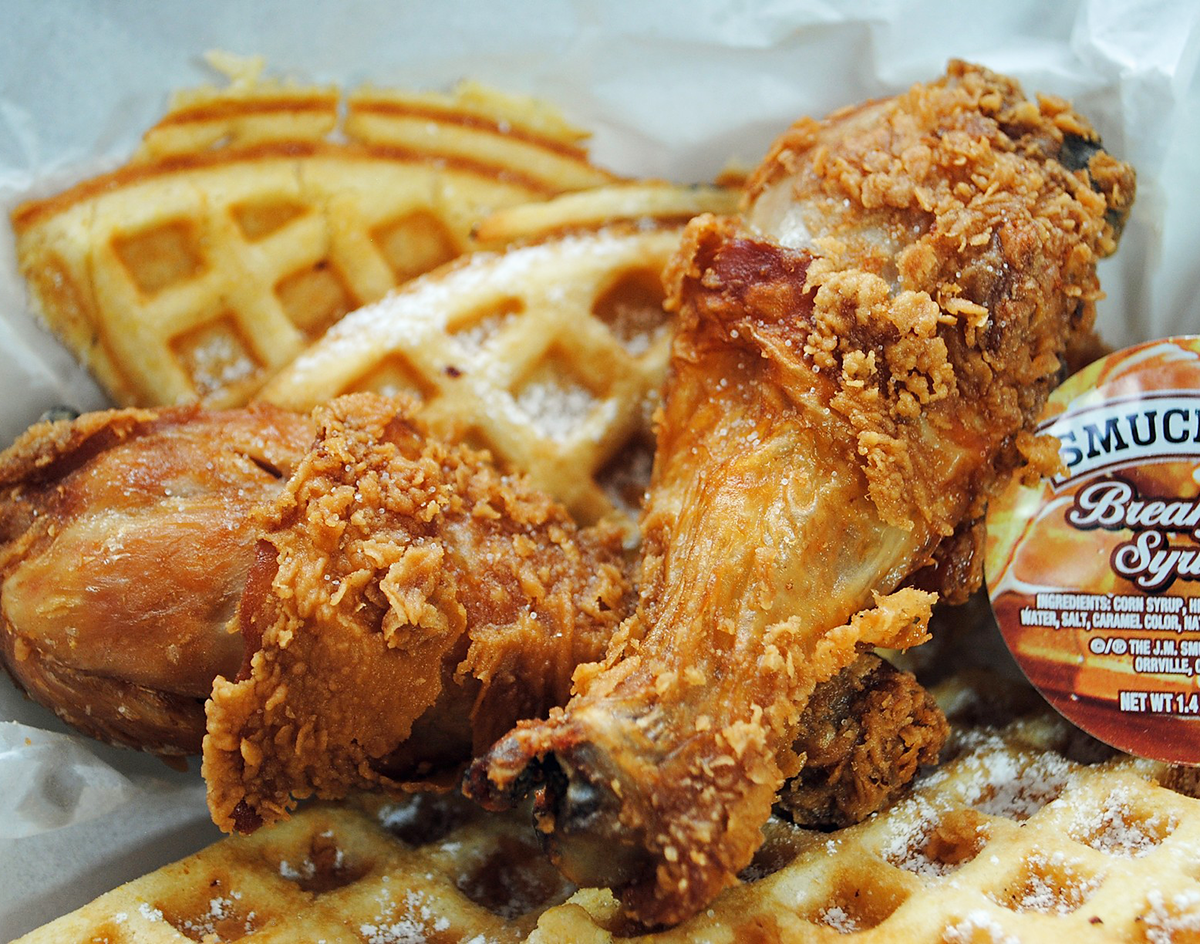 Chicken, In All Of Its Delicious Forms, Is A Must In The South, And We’ve Got Some Of The Very Best Of It Right Here In North Texas.

Listen, we know America is rooted in big capitalism and consumerism, and though it might feel like ethical consumption is nearly impossible, spending your money somewhere you know will put it to earnest use is better than the alternative of careless corporations. Do you really want to give money to inadvertently backing things like re-election campaigns?

Not only are small businesses the foundation of this country, they also seem to give back to their communities more often, including Black-owned businesses. And with the state of the world right now, supporting your favorite local, Black-owned restaurants is one of many ways to support the Black Lives Matter movement.

Who doesn’t love chicken? (Alright, vegans and vegetarians aside.) It’s the epitome of comfort food and can be seasoned and cooked in so many ways that it can satisfy even the pickiest of eaters.

This is the south after all, so fried chicken, wings and soul food are a must. Besides, we know you’re sick of the Wingstop vs. Buffalo Wild Wings debate — skip those for one of these Dallas restaurants instead.

Daddy Mac’s on Westmoreland serves up fried chicken with a bit of soul food, along with daily deals and specials. Eaters have their pick of wings, thighs and backs along with boneless tenders. For a soul food twist, boudin balls and fried okra are available for sides. With several flavors to pick from, the house special called the Spicy Sugar Daddy is a favorite. Currently, Daddy Mac’s are only open for takeout and no-contact delivery.

Flavors Wings N Daiquiris is a family-friendly sports bar with up 20 flavors of chicken to choose from in both wings and sandwiches. The Arlington restaurant also has baskets to share for the whole family with offerings like a 50-piece basket. Along with wings,  also offer catfish and as the name states, daiquiris, of course. The good food Due to the ongoing pandemic, this spot is only open for takeout and delivery right now.

A post shared by Flavors Wings N Daiquiris (@flavorswingsndaiquiris) on May 16, 2020 at 5:53pm PDT

Hall’s Honey-Fried Chicken goes back to 1948 with the original chicken recipe of the famous Henderson Chicken Shack founded by owner John Hall’s grandfather. Hall’s opened up in 1992 to create the “best fried chicken in Texas.” Along with exceptional fried chicken, Hall’s is a presence among the community — the Dallas mainstay recently participated in the Dallas potluck protest at Reverchon Park. Hall’s is currently only open for takeout.

After founder Larry “Lo-Lo” White worked in his grandmother’s soul food restaurant in Arizona, he began perfecting his own fried chicken recipes that eventually turned into a small chain ending up in Texas. This Southlake eatery serves up not only chicken and waffles, but southern classics like shrimp and grits and fried green tomatoes. The best part? Breakfast is served all day. Lo-Lo’s also has a wide selection of fun, specialty drinks for both adults and kids. As of now Lo-Lo’s is only open for takeout.

Roots Chicken Shack is a chicken restaurant in Plano located in Legacy Food Hall. The menu is limited but offers quick eats like chicken tenders, sandwiches and salads. A southern restaurant would not be complete without serving sweet tea, but Roots also offer cream soda and kool-aid to go. The Duck Fat Fried Chicken seems to be their most a favorite on the menu. They are currently open for takeout only.

Williams Chicken is a Black-owned Dallas institution with over 40 locations across Texas. Williams offers a nice selection of fried chicken pieces along with wings and a large selection of sides. The Williams family’s goal when opening in 1978 was to make chicken affordable to feed entire families, and they continue to give back to the community by offering initiatives to support various youth and education programs in across North Texas. All storefronts are closed for dine-in at the moment. Check your closest Williams Chicken location to see if they are open for only drive-thru or delivery.

What’s Cluckin is a restaurant located in Plano that specializes in fried chicken of different types, from the whole chicken to tenders and even gizzards. With affordable prices and a solid selection of classic sides like fried okra and hush puppies, it’s easy to understand why customers are seeing what the cluck is about. Along with wings one can also find fried catfish if they’re not in the mood for chicken. As of now, this spot is only open for takeout and delivery.

Wings World is a three-location franchise that specializes in hot wings and can be found in Oak Cliff, Lancaster and now South Dallas. There are 33 flavors of wings to choose from, as Wings World pride itself on having flavors from ‘around the world,’ hence the name. With bone-in, boneless and tenders, you’re bound to find whatever you’re tastebuds are in the mood for. All three locations are only open for takeout and delivery right now.

The emphatic name says it all: OOOWWWEE serves up a great selection of hot wings and catfish. The Fort Worth eatery offers a wide selection of flavors for wings and several catfish options. Owners Matt and Marsha had previous culinary experience prior to opening up Wingz N Catfish. The restaurant is currently open for takeout and delivery.

Reggae Wings and Tings is a Jamacian restaurant that offers a variety of chicken from jerk chicken to curry chicken and of course, wings. A popular side at the Mesquite spot is fried plantains, among others like fried okra and steamed cabbage. As of now, they are only open for takeout and delivery.

Located in Lancaster, Rudy’s is a legendary Dallas-area chicken restaurant, having served North Texas since 1995. Though customers expect long lines, the wings are always worth the wait. Rudy’s is a takeout-only restaurant with a wide selection of perfectly seasoned of chicken and French fries. This one is Dallas done right.