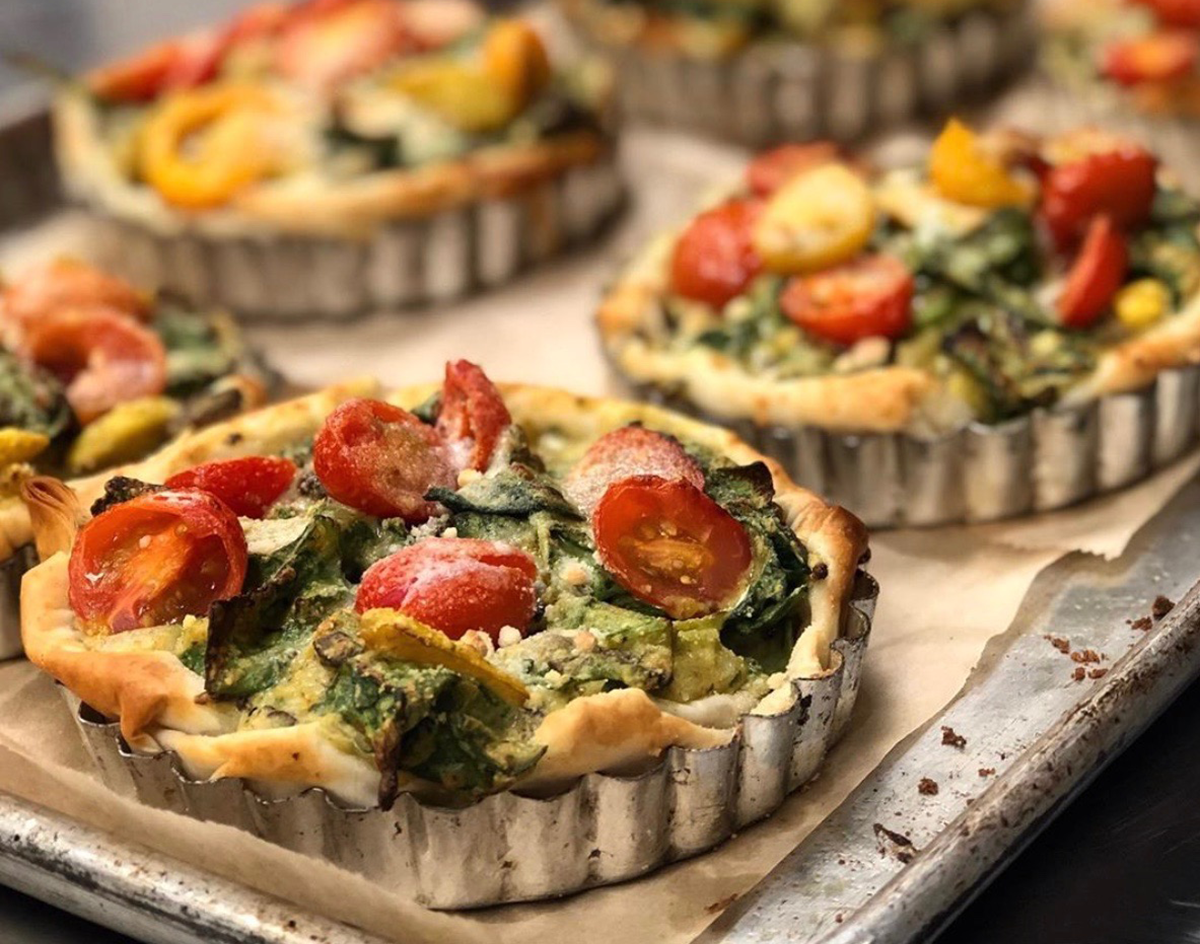 Among Some Of Dallas’ Best Vegan Restaurants Are An Increasing Number Of Black-Owned Businesses Serving Up Healthy Eats.

Anyone who has desperately tried to go vegan can probably attest that soul food alternatives make it a little easier — especially when it’s from a small business.

For a number of reasons, local establishments are better to support: they’re more consumer-friendly, usually practice ethical models and are conscious of quality. Supporting black-owned small businesses is more important than ever right now. With the recent demands for change in a country that treats black Americans as second class citizens, it is crucial to uplift these voices through different methods of support, including opening your purse.

Most local businesses suffered setbacks when the pandemic first hit, and now, some of them are taking a hit again from looting — including black-owned spots.

Food is something that so many of us take comfort in, but oftentimes, people turn up their noses at vegan dishes because they’re plant-based. Black-owned restaurants also often see this same type of snub.

Dallas is a hub for many great mom and pop restaurants, and while vegan restaurants aren’t as common as meat-based concepts, they aren’t impossible to find.

Vegan Food House offers an array of vegan substitutes for burgers and wings, along with various nachos and seafood options. This spot focuses on southern-style Creole food with a “cozy, cabin-like space,” which makes for a warm, inviting dining experience. They are currently closed to dine-in and delivery service but are open for takeout.

Bam’s Vegan is not currently open for business in its usual Dallas Farmers Market space, but Bam does post updates about pop-ups and offers a cookbook of vegan meals available on his website, as well as meals to order. When open, Bam’s is a the place to stop for some good ol’ Cajun vegan food.

Located in West Dallas, Da Munchies is a vegan restaurant that lives up to its name. They offer a variety of southern-style seafood baskets as well as burgers, sandwiches and po-boys. Ironically, Da Munchies is not open for your late night munchie needs, but if you’re craving Cajun they are open for takeout from 11 a.m.-6 p.m Wednesday through Saturday.

Soulgood is a vegan food truck that offers a wide range of options from burgers to tamales, along with breakfast and dessert available for delivery. However, the food truck itself has a limited menu and is currently only available for takeout. Owner Cynthia Nevels started cooking healthier vegan options for her son who had cystic fibrosis. She says even though her son is no longer with her, that Soulgood is dedicated to promoting health and living longer, especially in the black community.

Recipe Oak Cliff is mainly a juice bar that consists of healthy vegan food to go along with it. They serve a small menu of tacos, salads, sandwiches and wraps with healthy sides to make it a quick healthy stop. As of right now they are only available for takeout.

TLC Vegan Kitchen offers a large selection of foods to choose from. Available in this “ghost kitchen” are sandwiches, salads, pizzas and even pasta and dessert. TLC’s menu is a bit more pricey that some of the other restaurants on this list, but the selection is so fast it’s hard to argue why it’s not worth it. They are solely a pickup and delivery restaurant.

“When I first jumped back in the culinary world I was in rock band,” owner-chef Troy Gardner says. “I loved the creativity it [vegan food] gave me. If we were music we would be psychedelic, rock and pop.”

Peace Love and Eatz is a vegan smoothie bar that was created after the owners began to research on their daughter’s severe allergies. Before the pandemic they also served eats like BBQ jackfruit sliders, but as of now they have since stopped selling food and reverted to serving juice and smoothies only and are only open for takeout as of now.

V-Eats is a modern vegan restaurant serving up cruelty-free comfort food from Trinity Groves. Since the pandemic has altered its availability, V-Eats’ delivery menu has become limited, and is available only for takeout.

Sankofa Kitchen is a vegan soul food restaurant to its core. The South Dallas spot offers a variety of menu options to pick from such as po-boys and burgers and tacos. They also serve a wide selection of smoothies. As of not it is only open for takeout.