52 Things To Do In Dallas This Weekend. 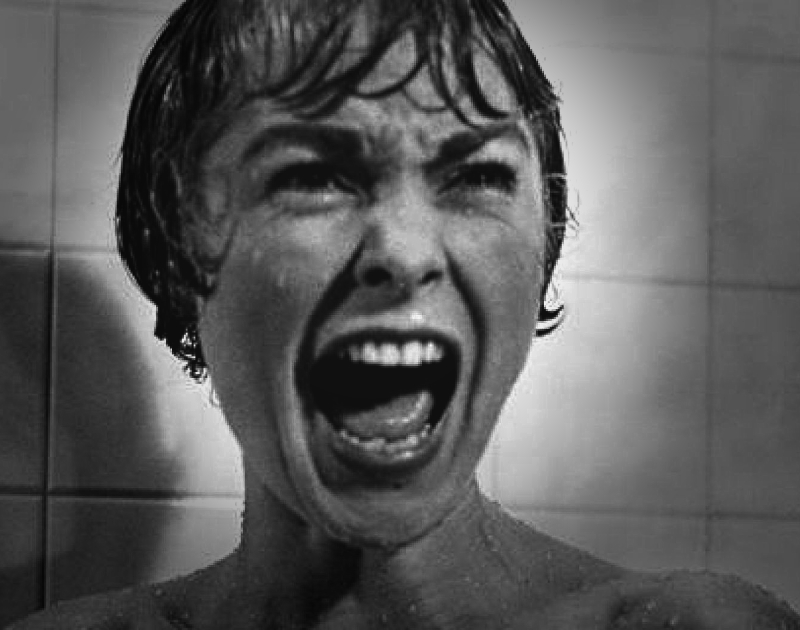 One way to spend the weekend is as horizontal as possible. That’s something made easier with a new style of pizza box from this Canadian chain that folds out into a breakfast-in-bed-style tray.

Unfortunately, it seems to be only available for our neighbors to the north so far.

That said, it’s also pretty cool being upright and active during the weekends, too. One tool to help find ways to do that is this very one you’re already using. Just keep reading. Easy as that. — Cory Graves

The Illusionists at Bass Performance Hall
Straight from Broadway (which should tell you how good they are), these world-class illusionists can spark that fantastical child-like wonder that died in you when you hit puberty. — CL

Half Price Books Clearance Sale at Dallas Market Center
If you’ve had some down time on your hands recently, pick up a cheap read here. — CL

Dallas Fans Day 2018 at Irving Convention Center
A fun amalgamation of everything sci-fi, horror, anime, and gaming, this pop culture extravaganza runs for three days and hosts even celebrities and superstars. — CL

Bidi Bidi Banda at State Fair of Texas
This Austin native focuses her music on recreating that of Selena’s and representing the Latinx image. — CL

Pictures at an Exhibition at Meyerson Symphony Center
It’s the perfect night for you violin sluts. — CL

Oh Sleeper, Terminal, Honey Lotus at 2513 Deep Ellum
Earlier this year, Lucas Starr, the founding bassist for Fort Worth’s Christian metalcore outfit Oh, Sleeper was diagnosed with Stage IV colon cancer.  A GoFundMe page has been set up to help his family with bills while he’s out of work fighting the disease. And on top of that, his current band and former band, Terminal, are reuniting for the night for this benefit show. — CG

Rhett Miller at Twilite Lounge (Fort Worth)
This Old 97’s founder will play an intimate solo show, with guests, The Cowtown Cartel. — CL

Nirvana Experience at Trees
A fake Nirvana will be hosting this show in honor of the infamous show by the real Nirvana that happened at Trees on this date in 1991, where Cobain hit a bouncer and the bouncer punched him back, apparently. — CL

Gregory Alan Isakov at Granada Theater (Sold Out)
If you’re a fan of Iron and Wine, or The Head and the Heart, this concert’s for you…except it’s not because it’s sold out. — CL

Years and Years at Canton Hall
This British electronica trio is currently touring for their latest album Palo Santo. — CL

Blue Oyster Cult at Gas Monkey Live!
A huge name in the hard-rock scene, these reaper-fearing oldies still got it goin’ on. — CL

Richie Ramone at The Prophet Bar
Also an oldie, Richie’s had a complicated history with his ex-band The Ramones, so now he’s a lone wolf. — CL

RBRM (Bobby Brown + Bell Biv Devoe) at The Theatre At Grand Prairie
Ronnie, Bobby, Ricky and Mike didn’t have much creativity when it came to their band name, but thankfully it doesn’t translate over to their music. Those guys are poison. — CL

Charlie J. Memphis (EP Release) at Good Records
Let’s just say Charlie J. Memphis is leaps and bounds beyond where I was at age 17. For real, it was bad: I still got mistaken for a girl at drive-throughs back then, my Christian metal band could rarely get a gig outside the odd all-ages spot and I had only barely just started diving into things like Dylan and the Reverend Horton Heat. Yet here this dude is, working with Bowling For Soup frontman Jaret Reddick and John Pedigo on big-boy records like this EP that’s out Friday. Some of his elders and mentors, Joshua Fleming, Joshua Ray Walker, Pedigo and Nathan Mongol Wells also perform. — CG

Blood, Guts and Gore! at Panoptikon
Panoptikon has been poppin’ parties every Friday night in October since 2006. Come dressed up and most definitely bloodied! — CL

“Sound Shot” at Kettle Art
Held in honor of Local Music Month, this show is a feature of the best music photographers in North Texas. — CL

The Art of Blending Wine Tasting at Pappas Bros.
Pappas Bros. is the only restaurant in Dallas to employ a Master Sommelier, an Advanced Sommelier and two certified sommeliers as full-time wine professionals. While that may seem overly decadent, there is indeed a level of expertise needed to navigate the restaurant’s 33,000-bottle wine cellar, which contains some bottles than span back decades. So, if you’re going to take a wine lesson, there’s no better place. — CG

The Public Image is Rotten at Texas Theatre
Ahead of Public Image LTD’s appearance at the Granada next week, the Johnny Rotten doc screens in Oak Cliff. — CG

Dalton Domino at Blue Light Dallas (Free)
Forever Deep Ellum has had itself one dedicated country bar. Earlier this year it added a second, and starting tonight there’ll be a third, when this offshoot of the famed Lubbock spot opens its doors. — CG

Figment Dallas at Reverchon Park
Figment is a free public festival with interactive projects that are self-funded, all in tribute to the city and the community. — CL

State Fair Showdown (Southern U vs. TSU) at The Cotton Bowl
Following the iconic game between OU and UT that just happened at the fair, is this other historic rivalry. — CL

Casting Crowns at State Fair of Texas
What started as a small youth worship band now has a Grammy and a Dove Award. The show’s free with admission to the fair. — CL

Best Little Brewfest in Texas at Old Town Lewisville
Established as 100 percent for charity, this fun beer fest has been benefiting Cloud 9 Charities for years. — CL

6-Pack Trail, Bike Cruise and Craft Beer Tour at L.U.C.K.
The reason why exercise (9.5 miles of it!) and beer is paired together is to make you feel less guilty about all those damn calories. And it works. — CL

Hogwarts Bar Crawl
With the purchase of your ticket comes a Hogwarts Bar Crawl T-shirt, a map, a refillable mug and drink specials at all participating bars, which you’ll find at the link above. Don’t forget your costume. — CL

Vulgarfest III at Ridglea Theater
Warbeast will play its first show with frontman Bruce Corbitt in a year and a half as part of this bill. He’s been battling esophageal cancer during that stretch, and Corbitt’s posted on social media that he’s skipped some doctor-recommended chemo treatments just to make sure he is rested up enough to perform at this one. Intense! — CG

This Will Destroy You at Granada Theater
Their “can’t stop, won’t stop” attitude has gotten them places like around the globe on countless tours, and they’re not stopping with Dallas. — CL

Imagine Dragons at Toyota Stadium (Sold Out)
It’s time. They’re here in Dallas and inviting us rise up and meet them metaphorically on top of the world, whatever it takes. — CL

Bob Moses at Trees
Vancouver-bred and Brooklyn found, the Bob Moses duo is a popular name, having played at all the big festivals including Coachella and Lollapalooza. — CL

Authority Zero at Gas Monkey Bar N’ Grill
Authority Zero’s music has got all sorts of reggae and skate punk, which is apparently popular in Europe and Japan by the number of times they’ve toured there. — CL

Monster Magnet at Canton Hall
Dave Windorf is the lead of Monster Magnet and weirdly obsessed with “getting mindfucked” (just read his bio in the link above). He can say it better than we do. — CL

Jauz at Stereo Live
His real name is Sam Vogel, he’s LA-based, and his dance music is cool as heck. — CL

Right in The Eye at Texas Theatre
Inspired by fictional fantasy and the brainchild of French composer Jean-Francois Alcolea, this silent movie with live score will take you into another world. — CL

7th Year Anniversary Party at Goodfriend
It’s a celebration, and that calls for specialty beers! — CL

The Improvised Horror Movie at Dallas Comedy House
Every Saturday in October — plus a special showing on Halloween night — a crew of improvisers will create a new, live horror movie onstage at the DCH. Despite the fact that each week’s creation will be based on audience suggestion, expect plenty of slasher flick cliches from week to week. — CG

Four-Year Anniversary at Josey Records
A two-day party celebrating four years of slinging vinyl. There’ll be giveaways, DJs spinning and deals to be had. — CG

Neal Brennan at House of Blues
The Chappelle Show co-creator/co-writer brings his own stand-up tour to town. — CG

Elk River Sessions Album Release at Dan’s Silverleaf
A while back, a bunch of Denton musicians retreated into the Ozarks to write and record an album in three days. This is the big reveal. — CL

Rich Brian at Toyota Music Factory
Music label 88rising is primarily for Asian artists, including Rich Brian (previously known as Rich Chigga). We love that they’re getting some representation. — CL

Pvmnts at RBC
If you’re not freaked out by the band’s terrifying poster, have fun with this night of pop punk fun. — CL

Friends of James Beard Benefit Dinner at The French Room
“Foodie” is a grossly overused buzzword for people who think Cane’s is the best restaurant in town. If you even remotely have a taste for good food, you know who James Beard is, and you’re not gonna want to miss this dinner. — CL

78/52 : Hitchcock’s Shower Scene at Texas Theatre
Calling all film buffs, and anyone else who enjoys frame by frame breakdowns of the classiest horror scenes in history. Seriously, it’s an entire documentary based on a single scene from another movie. — CL

CF Concert Series at The Rustic
At Rhett Miller’s second solo acoustic gig of the weekend, he’ll be joined by Bruce Robison, Kelly Willis and The O’s. And, for the 11th straight year, all the cash raised will go to help finding a cure for Cystic Fibrosis. — CG