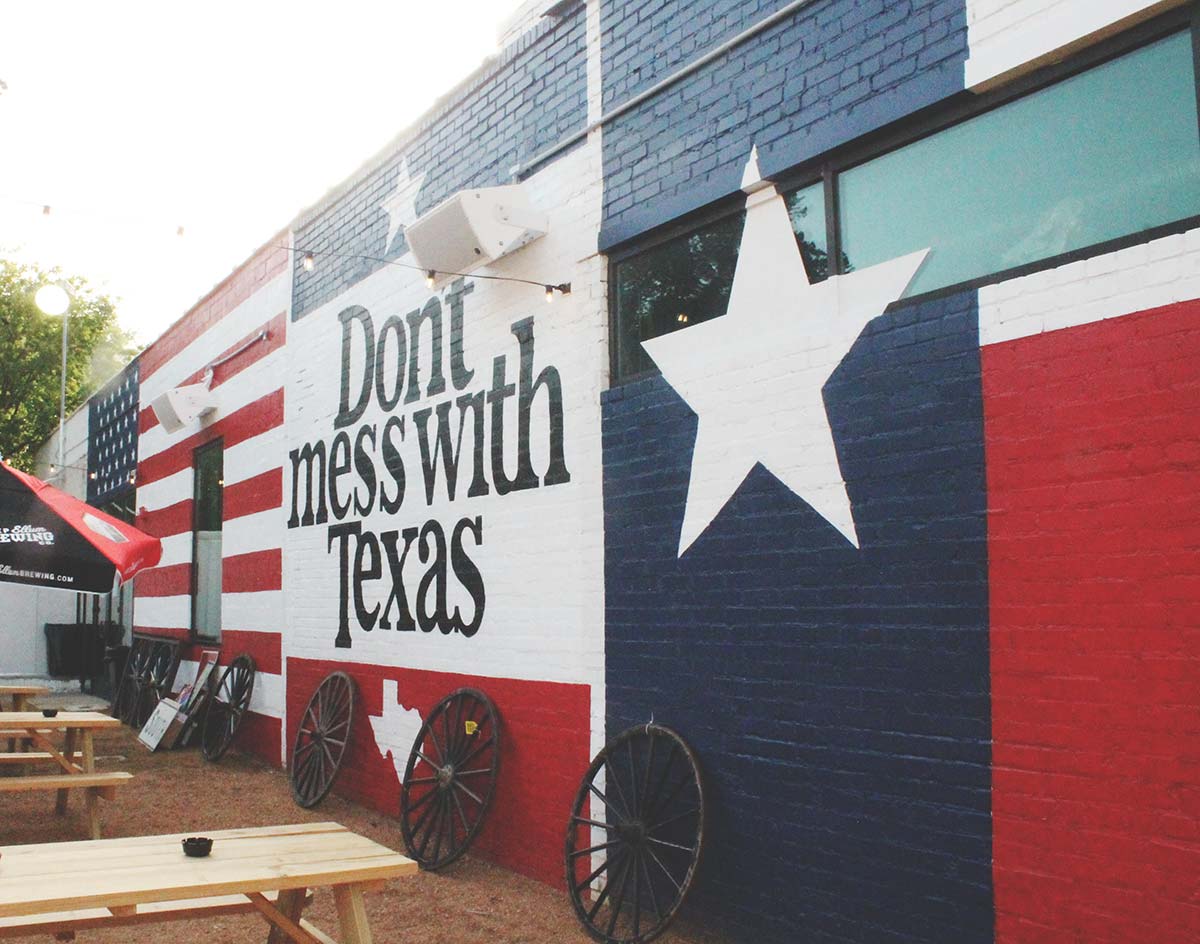 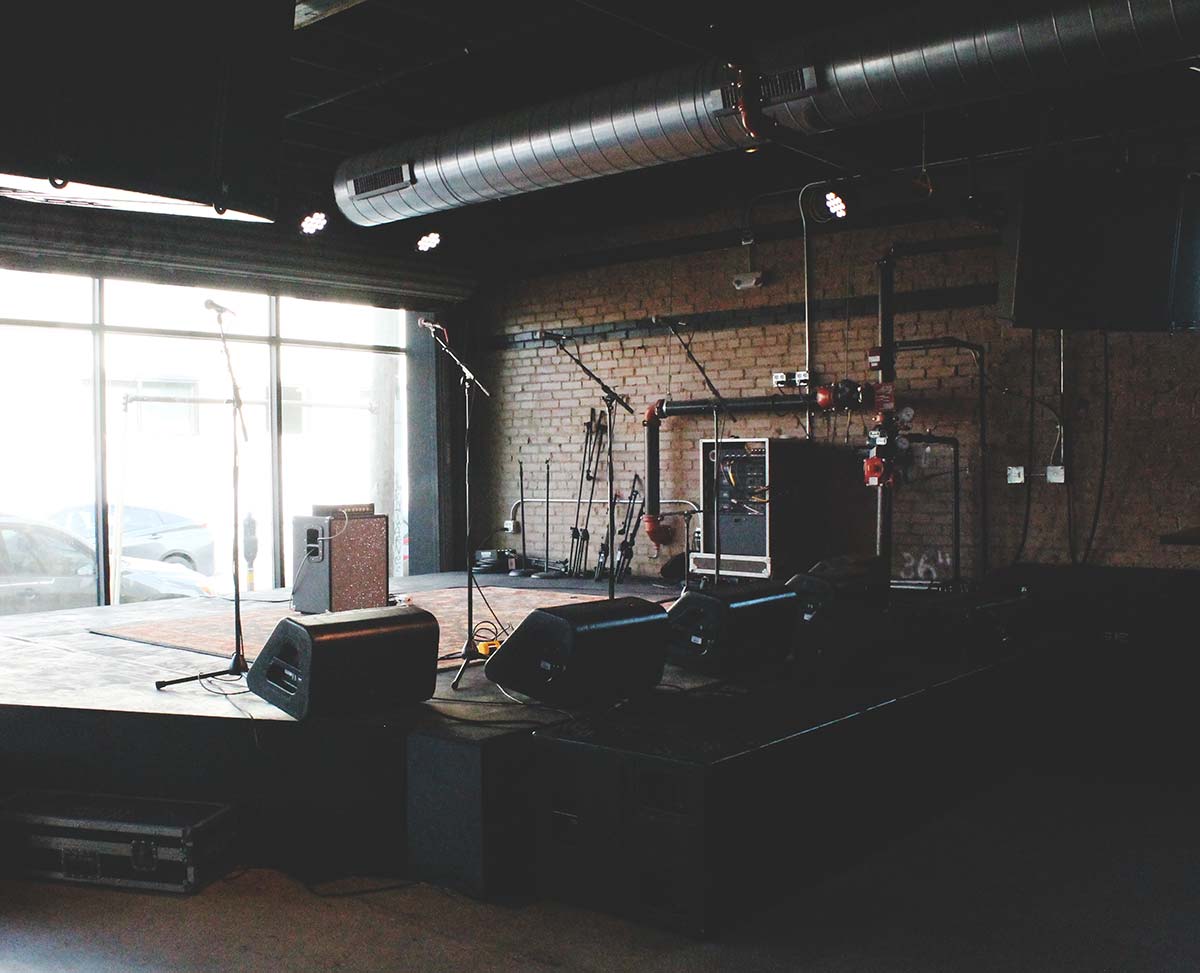 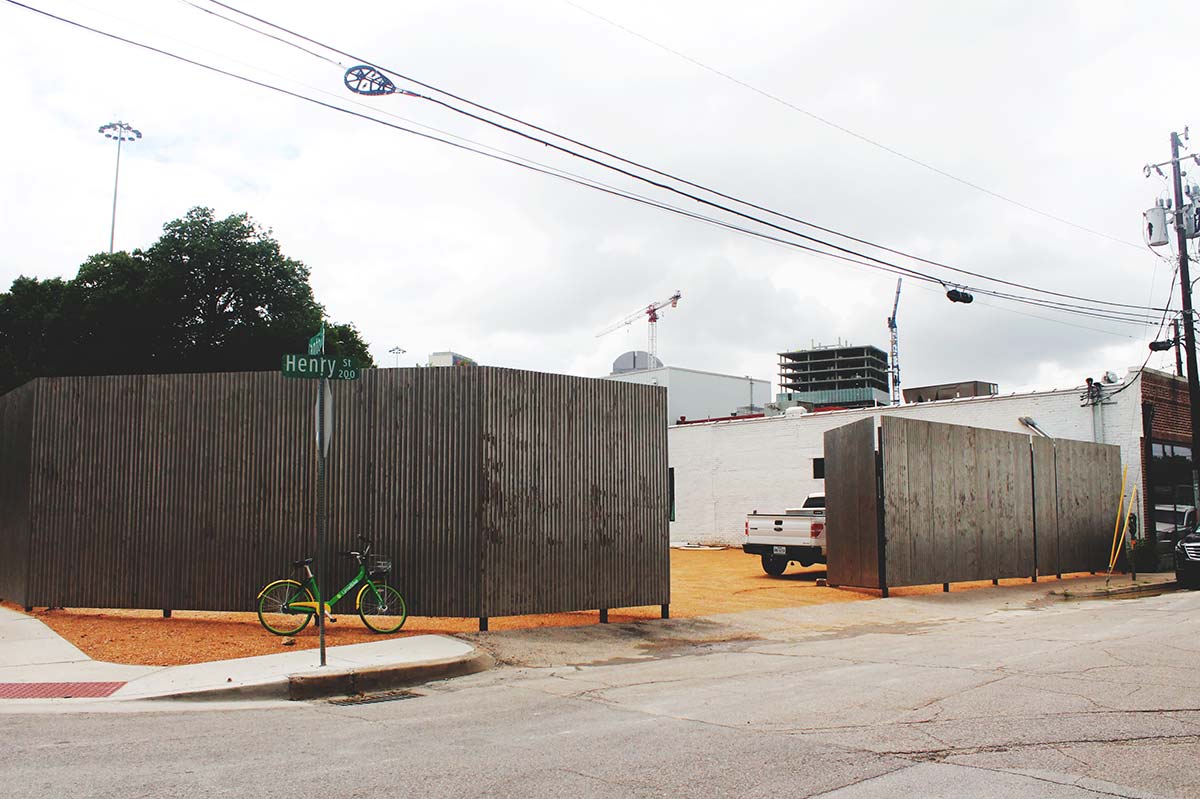 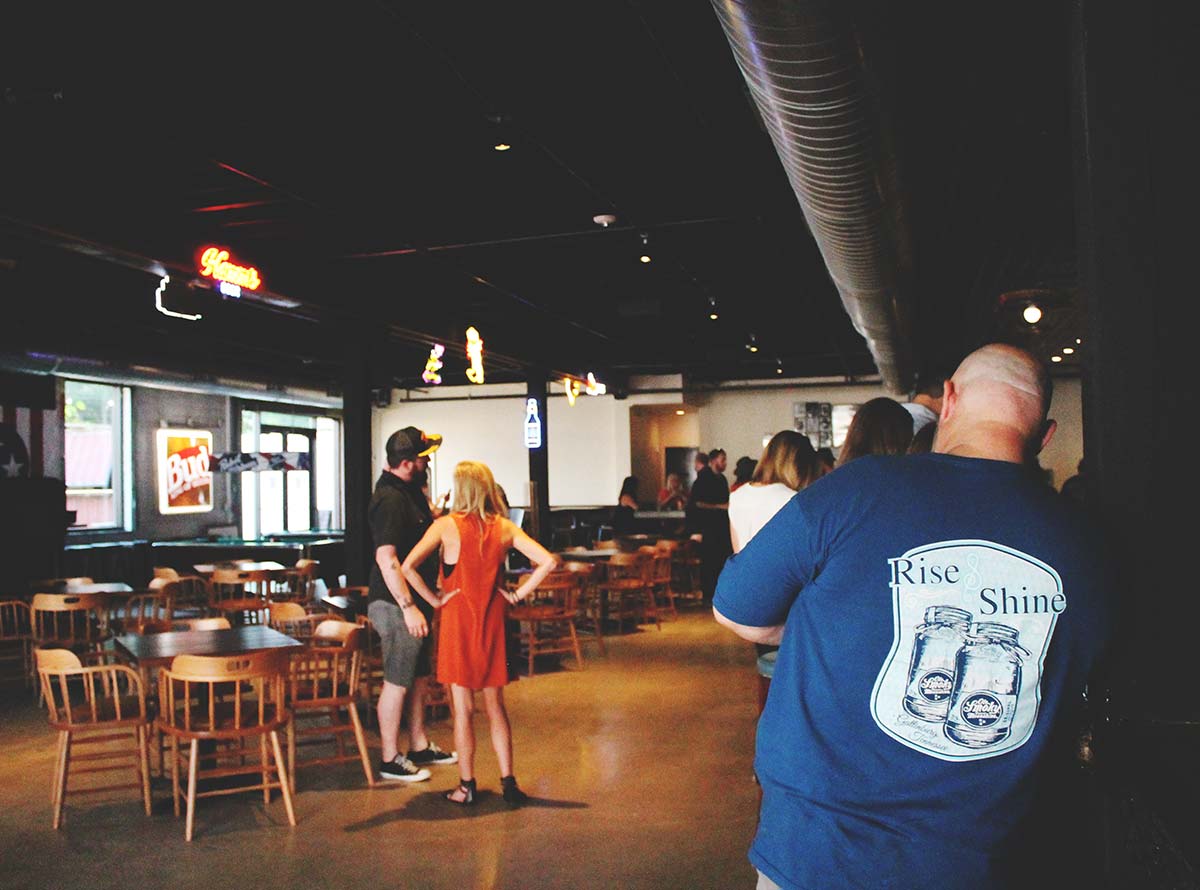 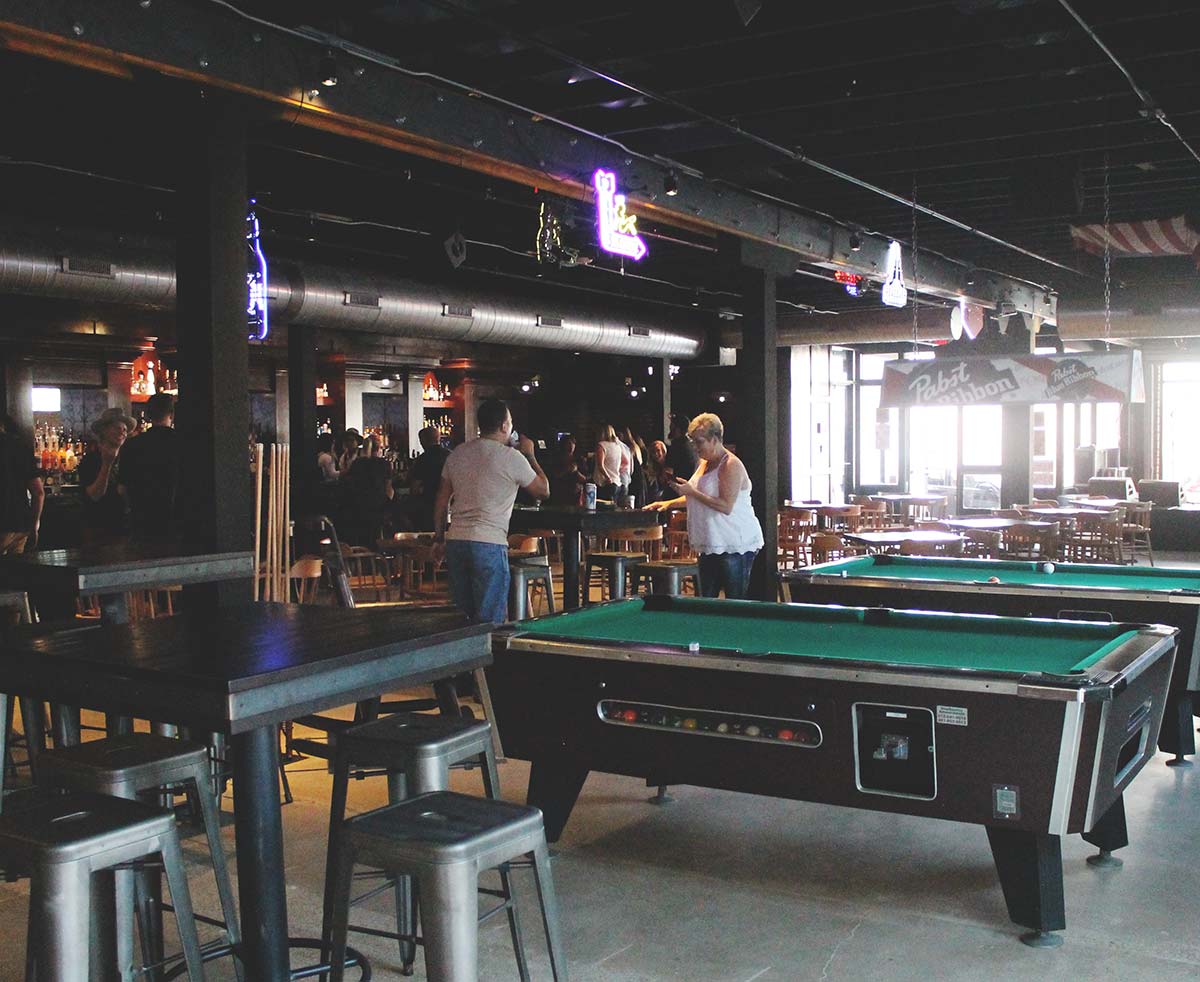 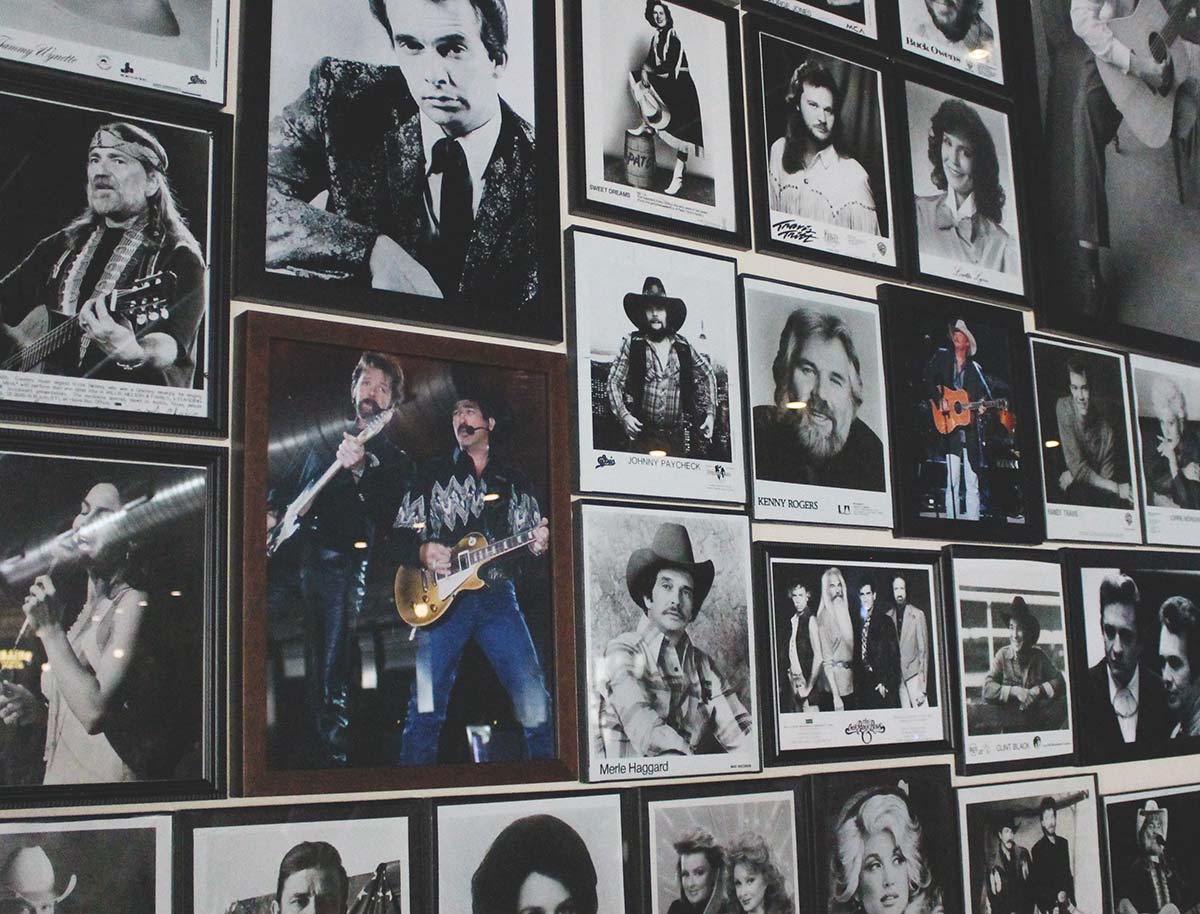 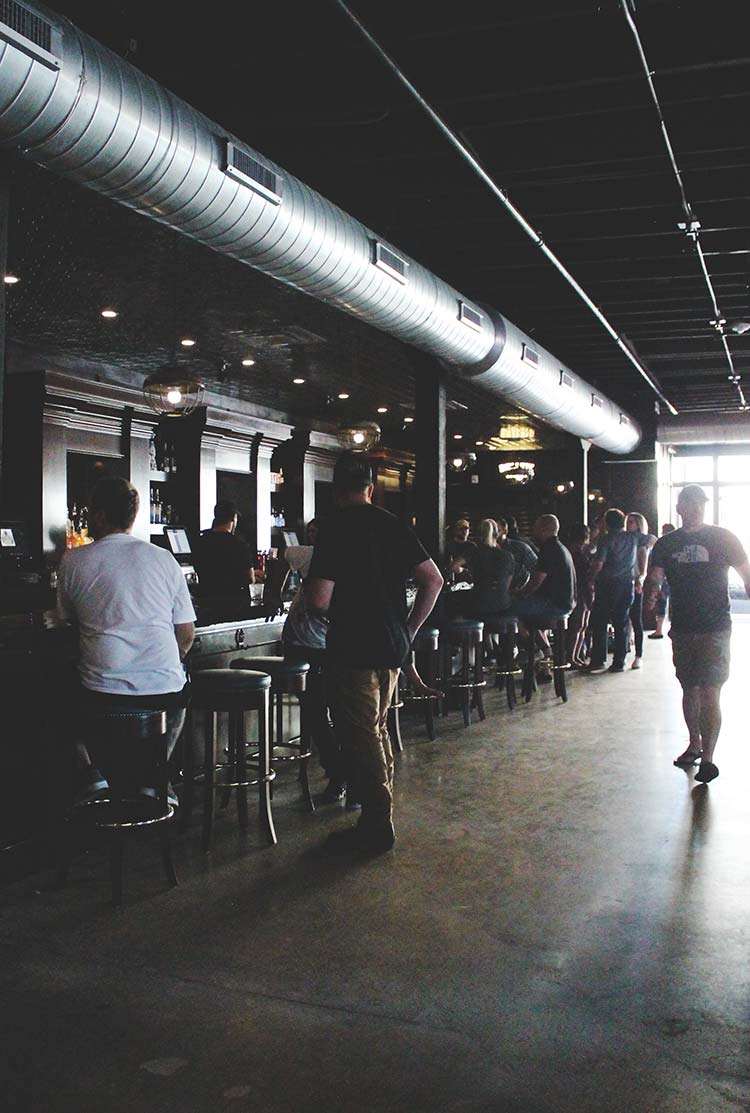 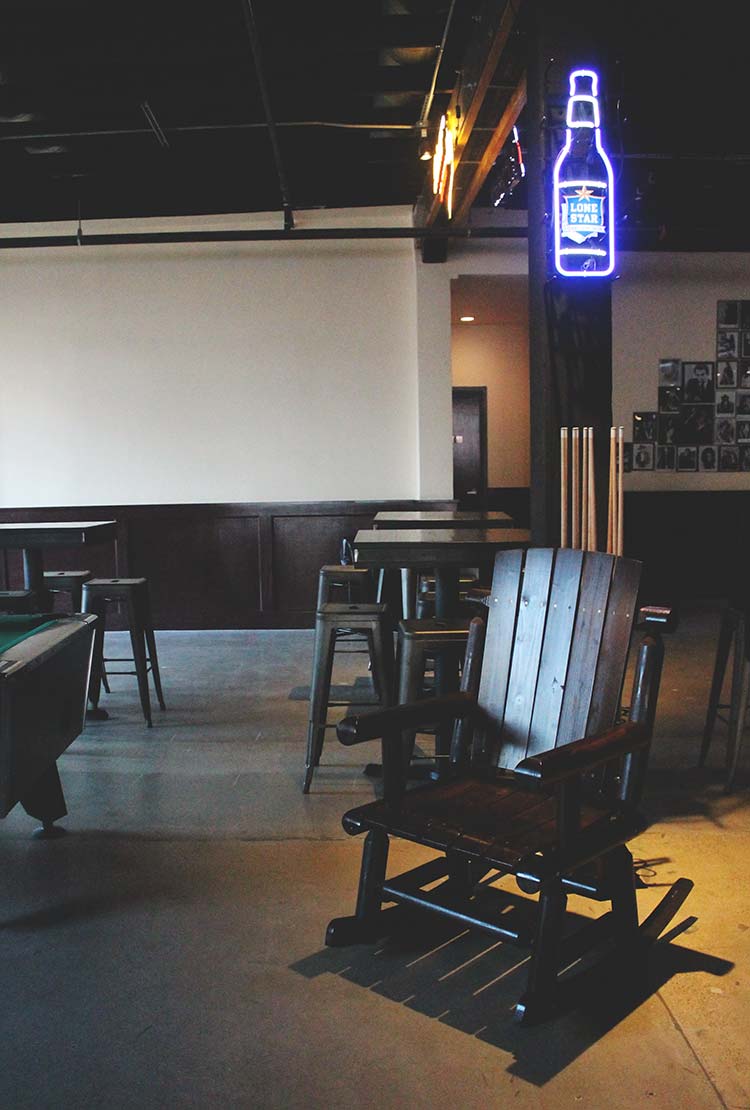 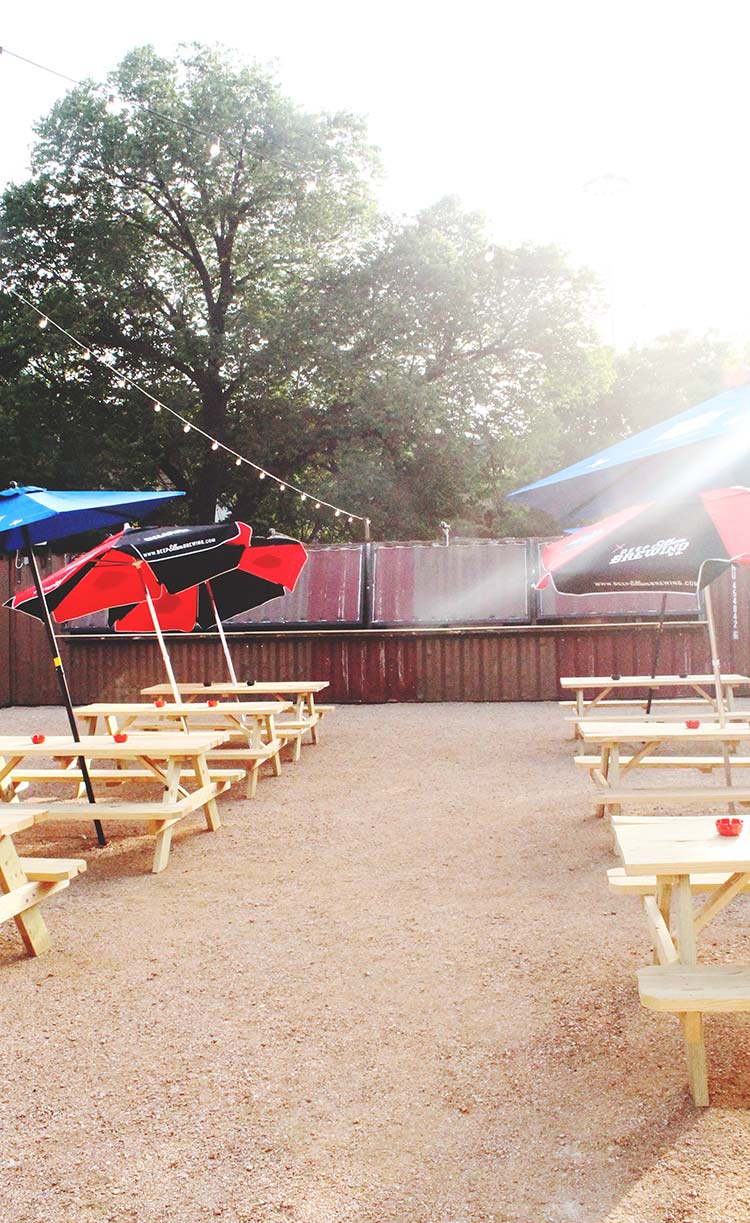 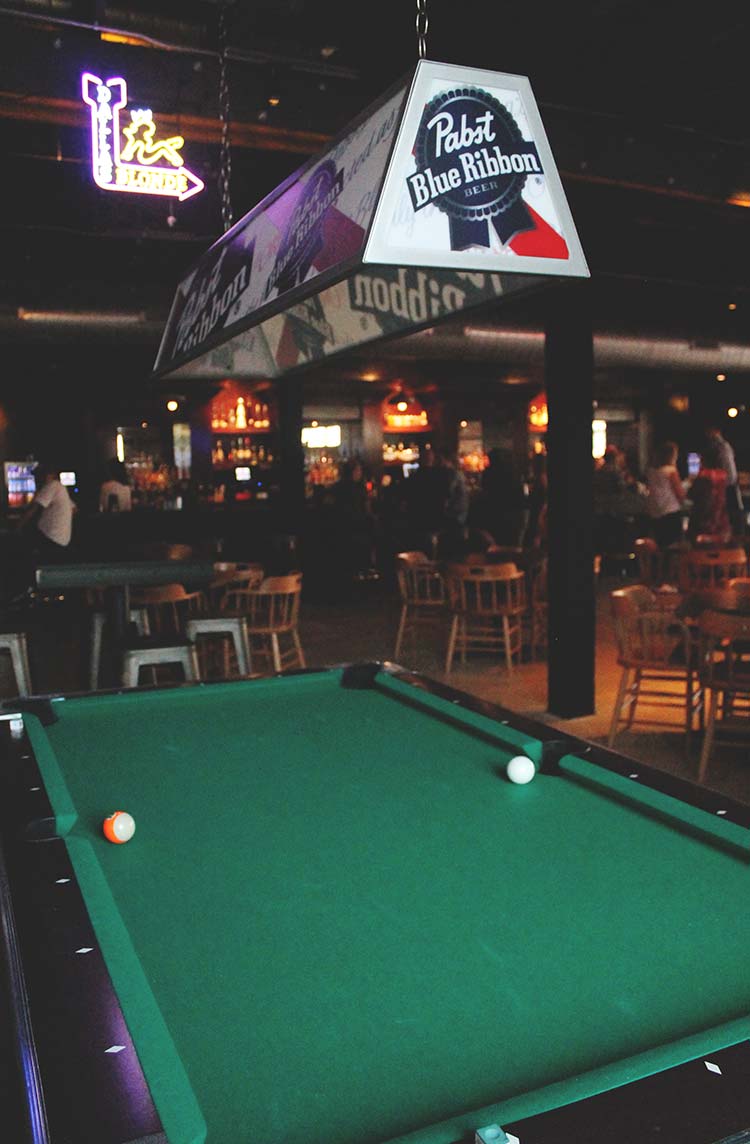 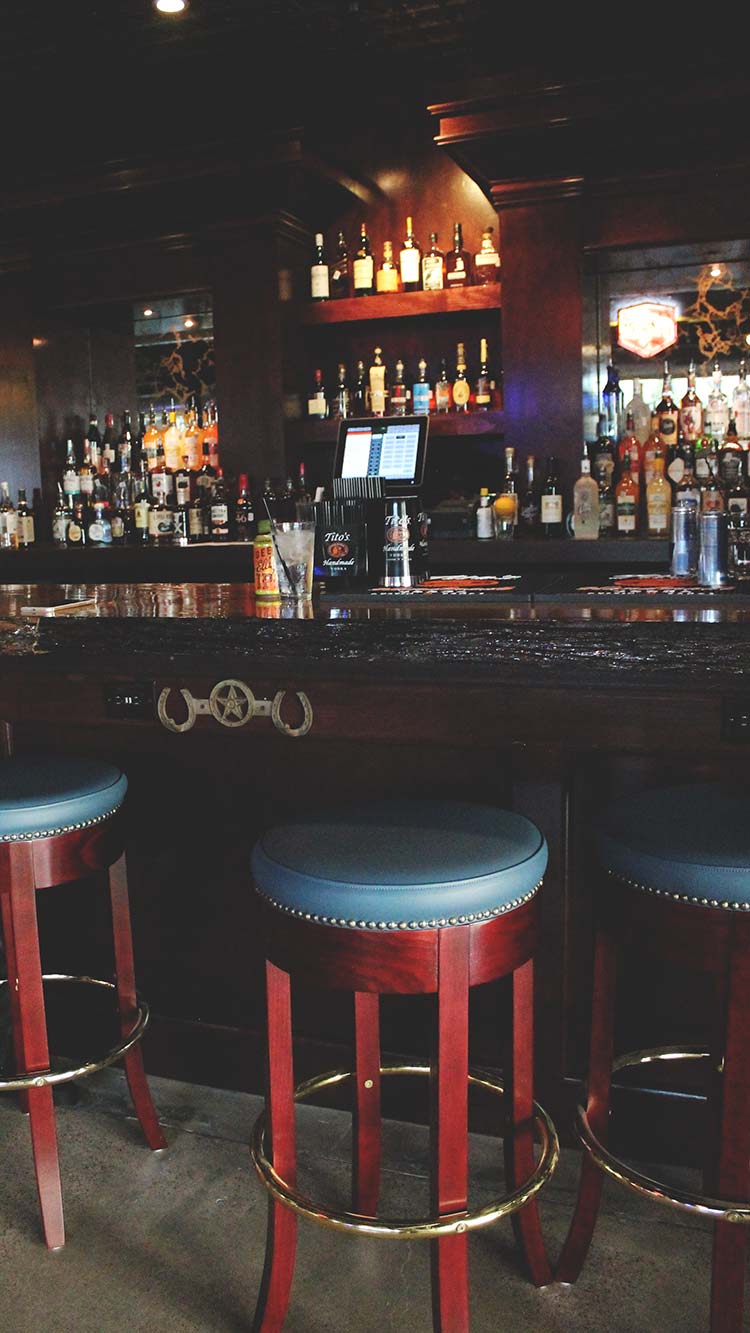 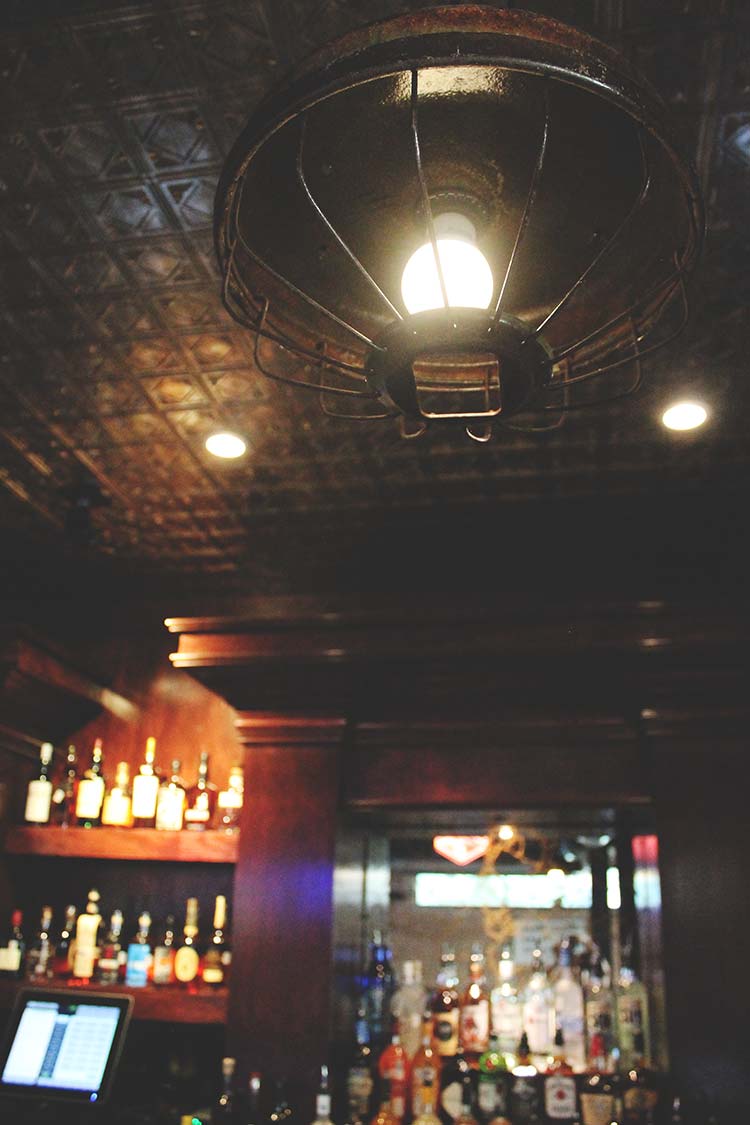 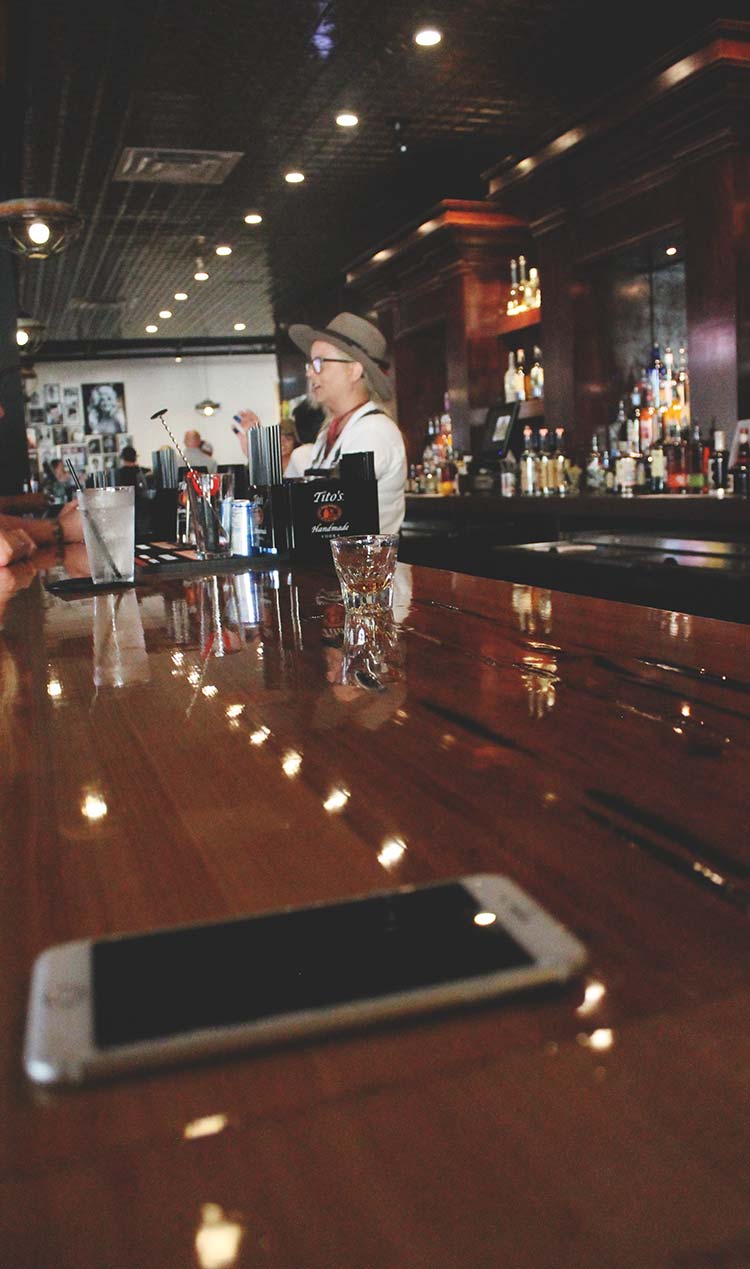 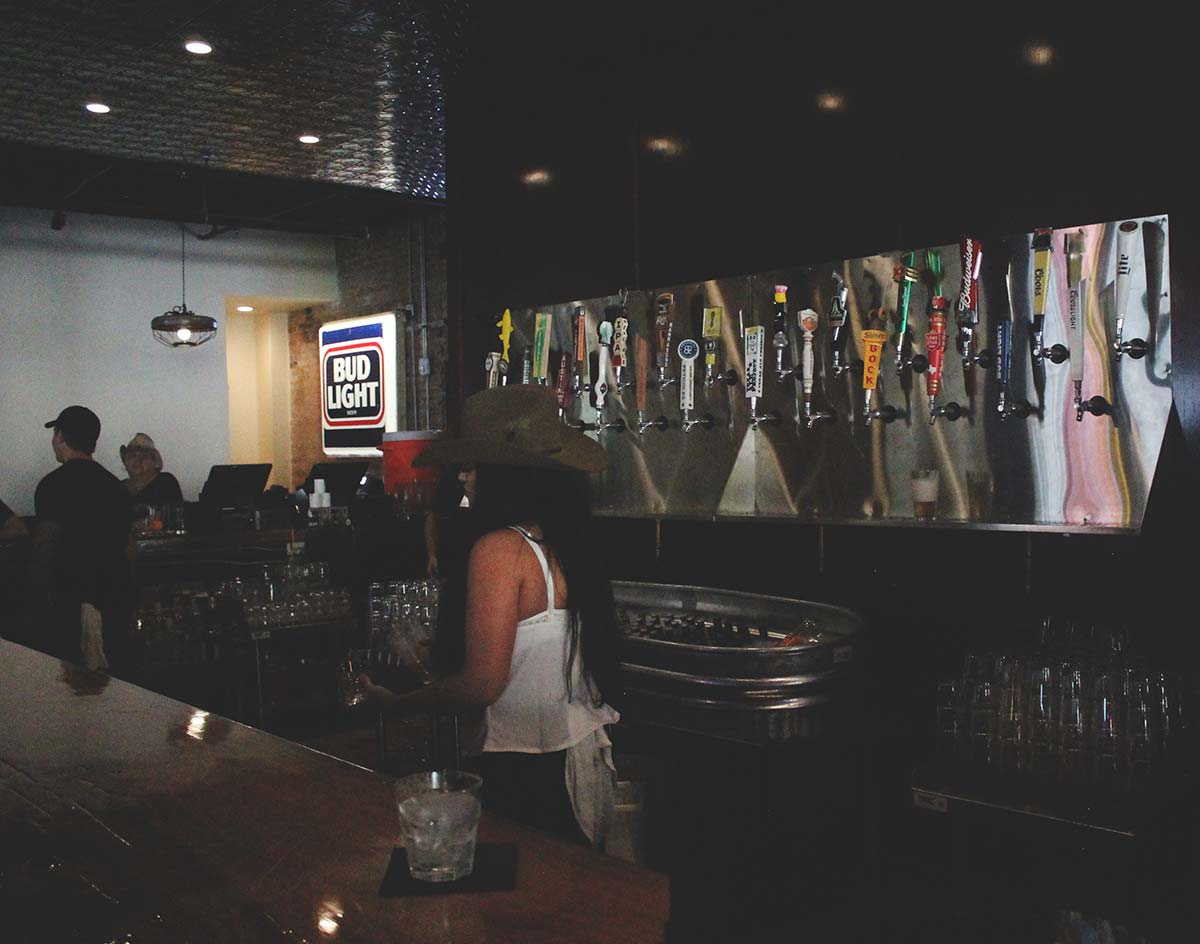 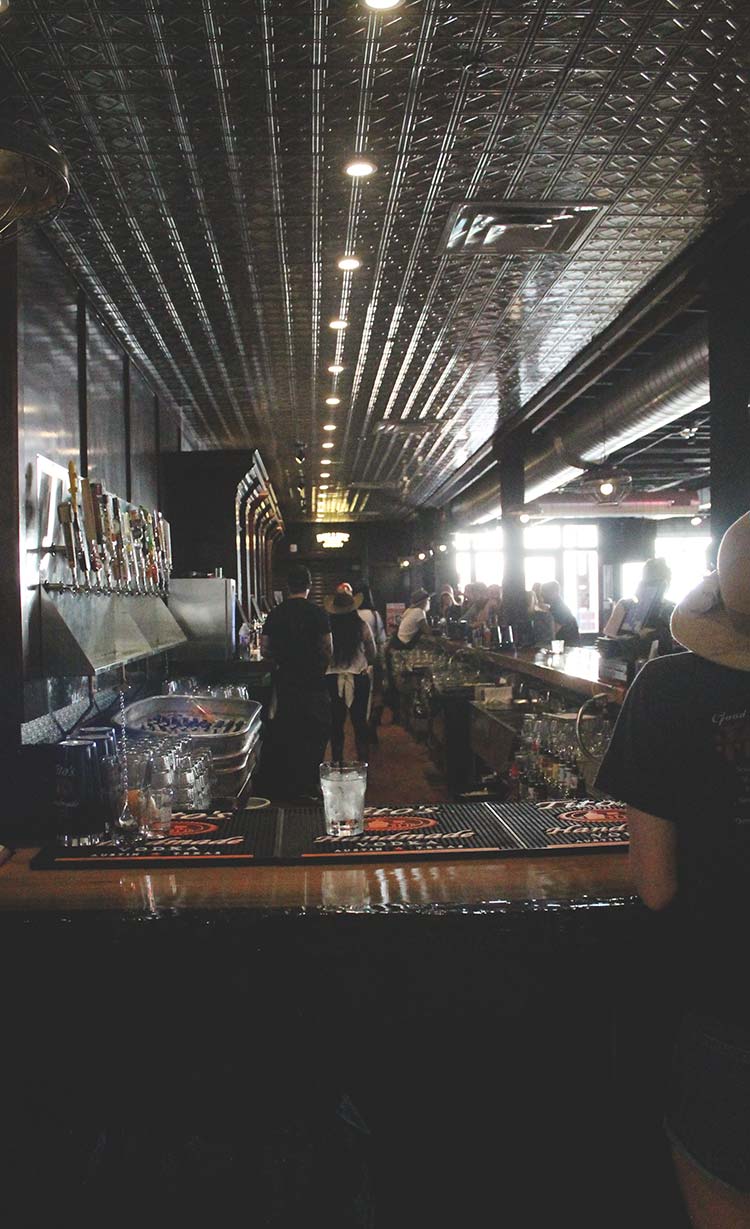 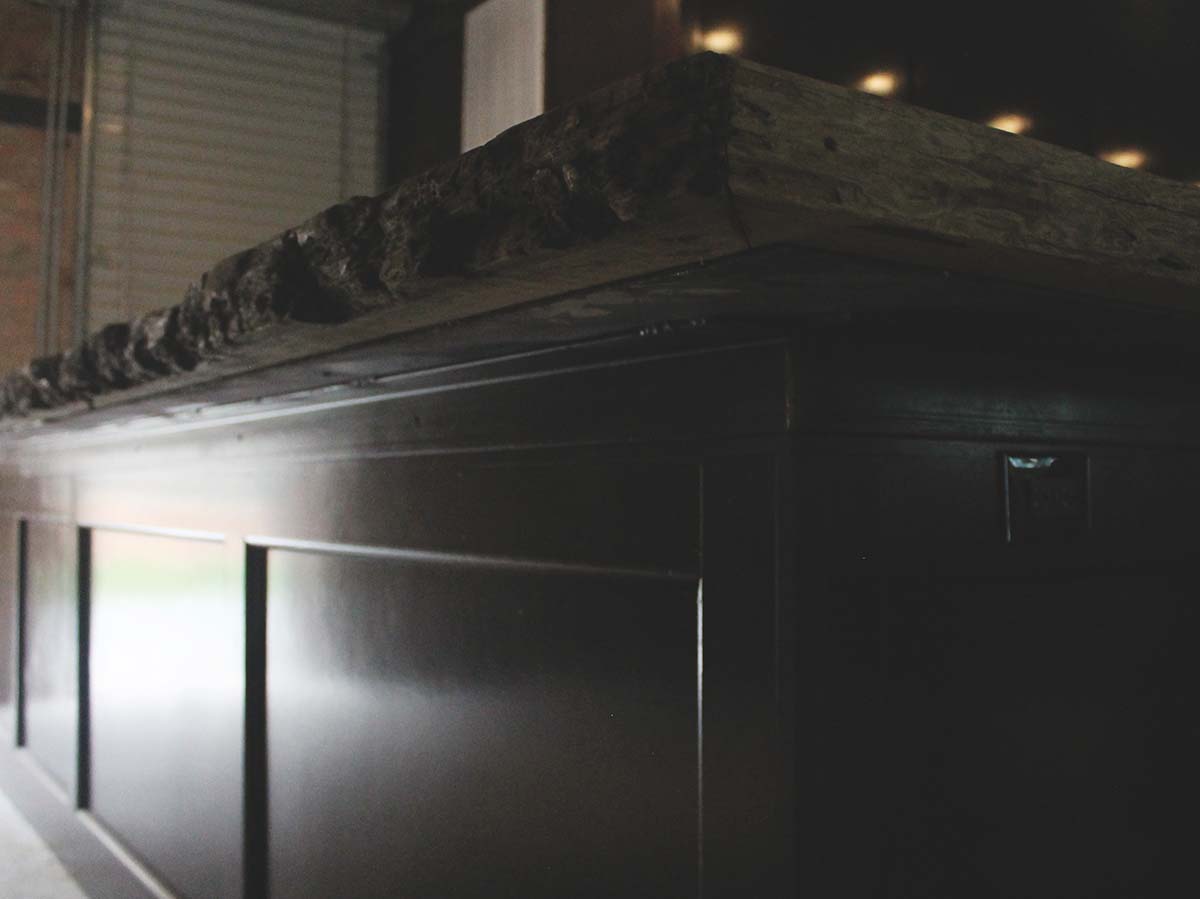 By the time fall arrives in Dallas, the number of country music-specific venues operating in Deep Ellum will have tripled its total from yesterday morning.

Granted, that’s not quite the insane growth spurt it appears to be.

For years, this Dallas neighborhood, forever closely associated with music, has only really boasted a single exclusively country-focused spot among its many-staged resume. No, the genre hasn’t exactly been maligned in this part of town (twang has been more than welcome pretty much everywhere), but when it’s come to seeking out a spot that you’d know for sure would feature more cowboy boots than Chuck Taylors, the only real guarantee this neighborhood could recently offer was a nod in the direction of the going-on-55-years-strong-now cozy confines of Adair’s Saloon over on Commerce Street.

Now, though, that classic spot is getting two new competitors.

Some time next month, the Blue Light Lounge, itself an offshoot from the Lubbock country music hot spot of the same name, is expected to open its doors to the public over on Main Street.

And just last night, another entrant joined the fray as the massive indoor-outdoor spot known as Mama Tried that’s located at intersection of Henry Street and Canton Street, just a stone’s throw down the block from the 2015-opened venue The Bomb Factory, formally opened its doors.

The latest venture from serial Dallas nightlife and restaurant entrepreneur Brooke Humphries (her portfolio includes Beauty Bar, Barcadia, It’ll Do, Mudsmith, Pints & Quarts) and her Barcadia co-conspirator Julie Campbell, Mama Tried promises to dwarf its competition through sheer scale, if nothing else. Yes, size matters plenty at this Merle Haggard-inspired honky tonk, indeed: It boasts a combined 13,100 square feet between its warm, 5,600-square-foot interior and its 7,500-square-foot, picnic table-filled gravel patio, which is surrounded 10-foot-tall metal fencing and also houses a 40-foot shipping container bar to call its own. Meanwhile, its main room’s 87-foot-long shotgun bar, with its gorgeous sunken cypress top, is, if not the absolute tops, then certainly one of the longest shotgun bars in town. Oh, and it’s also got six whole unisex bathrooms — a figure made only moderately less impressive when you realize they’re all individual options but, y’know, still.

Other features for what Humphries calls her “come-as-you-are, straight-up honey tonk” include a separate covered smoking area, pool tables, rocking chairs mingled in among its dining tables, 24 domestic-exclusive draft taps behind the bar, another wall dedicated to photos of country music’s classic icons, various murals and neon signs (with more on the way), and a sound system for its inside stage that Humphries says is more powerful than her system at her notoriously thumping It’ll Do spot. Still to come is a neon sign above Mama Tried’s Henry Street entrance, as well as a 25-by-4-foot rooftop sign that will announce the club’s location to drivers passing by on the nearby I-345 overpass.

Meanwhile, a kitchen helmed by chef Roe DiLeo (formerly of Henry’s Majestic and The Libertine) will churn out down-home Southern classics such as macaroni-and-cheese, collard greens and turkey legs in addition to what Humphries calls a “nothing fancy” brunch menu on weekends. What the spot won’t serve, however, is any hamburgers — a move made out of deference, Humphries says, to the nearby Adair’s.

“What we’re not doing is coming for Adair’s,” Humphries says. “They’re an institution. And their cheeseburger is iconic.”

Where Mama Tried will differ from Adair’s — and Blue Light Lounge, once it opens — is in the specific tracts of country music it will adhere to with regards to the music it’ll play and the acts it’ll host. While promoting the club on social media, Mama Tried’s accounts have deployed a “#nopopcountry” hashtag, and Humphries says her spot will follow through with that ethos in its bookings, which she’s handling herself with some help from Dallas promotions company Banjos To Beats. With a focus on classic and outlaw country, Humphries says that her club hopes to avoid hosting any so-called “red dirt” bands on its stages, too.

Yes, that’s stages plural: While live shows won’t necessarily happen on a nightly basis — Humphries is quick to argue that there’s a difference between a “good ol’ fashioned honky tonk” and a live music venue — Mama Tried can host concerts either on its permanent inside stage or out on its patio depending on which setting best suits the performers’ needs. Some of those events, she says, will be ticketed while others will be free. On other nights, the spot will host country music DJs such as the country music collective Vinyl Ranch out of Houston, which will make its Mama Tried debut on Saturday, July 21. Humphries is also looking into hosting live band karaoke nights on the Mama Tried stages from time to time.

Humphries will let some of those unknowns shake out for themselves in time, relying on her many past experiences in booking, talent buying and show promotion to lead the way. Still, while she has long been a player in the Dallas nightlife and DJ scenes thanks to her efforts at Beauty Bar, It’ll Do and her Full Access brand before that, Mama Tried’s opening certainly marks a change from her famous club kid past. While her other venues have certainly hosted live music acts from time to time, Mama Tried will primarily deal with talents that need scheduled time for load-ins, soundchecks and load-outs.

Humphries says she’s up to and excited about that new challenge, though, having fallen hard for the country scene in recent years after repeated trips to Nashville with Campbell. A smile washes over her face as she rattles off the names of the mainly Tennessee- and Kentucky-based acts she sees as fitting her vision for her honky tonk — well, once it gets past its official grand opening bash, which Humphries says will occur at some point in August or September. Among the names she drops? Acts such as Dale Watson, Nikki Lane and Turnpike Troubadours, whom Humphries describes as her “favorites.”

The first step to getting talents like that on her stage, though, was opening the club’s doors. That feat was finally accomplished on Wednesday night as the Kentucky bluegrass act The Wooks — already in town after having opened up for country singer Tyler Childers just down the street at Canton Hall earlier in the evening — took to her stage. Now, she plans on getting right to work at crafting a calendar that will directly line up with her vision.

“It’s pretty simple,” Humphries says, detailing Mama Tried’s aesthetic one more time. “I didn’t have anywhere to book [house DJ and producer] Miguel Migs in Dallas, so I built It’ll Do. It’s the same thing here at Mama Tried, but with, like, Marc Chesnutt.”