The Spread: Chefs All Over The City Are On The Move! 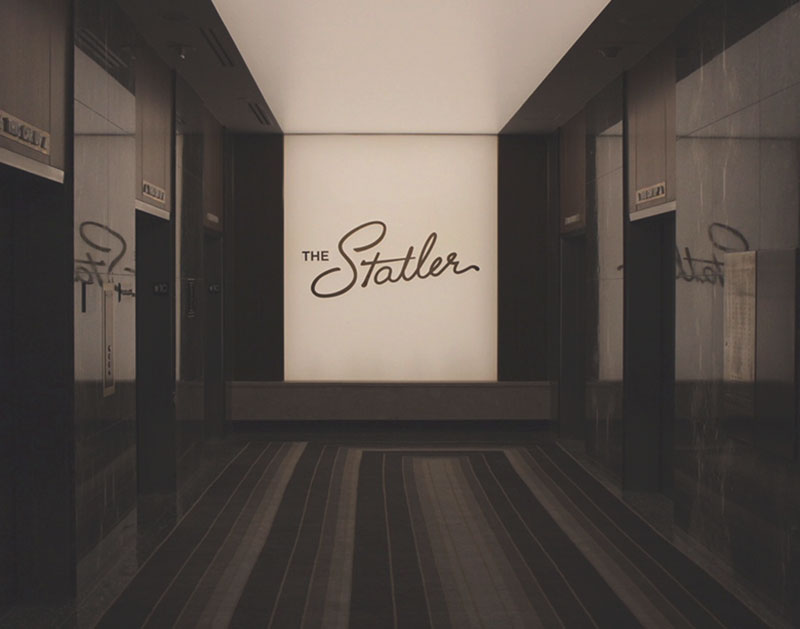 The city’s food scene is the midst of a shift as some of its major chefs are making major moves.

After a year of overseeing the culinary operations at The Statler, Graham Dodds has said goodbye to the Downtown Dallas hotel he helped open. After helping to oversee the build-out of six restaurant concepts within the long-vacant but renovated building, Dodds’ next move isn’t yet known. Per CraveDFW, Dodds has to stay mum on the split due to a severance package agreement.

Meanwhile, Crave is also reporting that chef Junior Borges has left Up On Knox. The news comes shortly after Borges revealed plans to open an unnamed bodega-inspired butcher shop concept with the company. No word yet on the cause for the split or what it means for that future concept.

Perhaps the biggest chef-related news of the week, though, is that Downtown Dallas is losing a Texan-cuisine stalwart with Stampede 66 closed its doors. Stephan Pyles‘ answer to southwestern cuisine shuttered its McKinney Avenue space on Saturday, October 13, after a six-year run. Per CultureMap, the concept will resurface in the suburbs as a franchise at the new Delta Hotels by Marriott Dallas Allen & Watters Creek Convention Center come the end of the year.

Meanwhile, a recent study ranks Dallas as the 31st best U.S. food city. The study, courtesy of Wallet Hub, compared 180 U.S. cities using 29 factors to determine the best and cheapest foodie scenes. Although Dallas landed farther behind other major Texas cities in the rankings — with Austin took the No. 10 spot, for example — it fared better than North Texas suburbs like Garland and Grand Prairie, which were ranked No. 118 and No. 169, respectively.

In opening news: Another new sushi-based concept is hitting Deep Ellum in the form of Hibiki, which will be located at 2651 Commerce Street in the former Amsterdam Falafel space. The venture comes courtesy of the owners of Plano’s Sushi Lover. The restaurant does izakaya (read: Japanese pub) style dishes, including bento boxes and familiar Japanese favorites. The space also includes a bar with a selection of whiskey and cocktails. Hours run from 11 a.m. to 10 p.m. Sunday through Thursday, 11 a.m. to 1 p.m. Friday and Saturday and happy hour specials Monday through Thursday from 5 to 7 p.m.

Over on Fitzhugh, the minds behind El Come Taco have announced plans to branch out with a new Mezcal bar. La Viuda Negra will be located two doors down from El Come and serve variations of the spirit as well as another agave-based libation called pulque. The space will also have a menu of Mexican street food for the bar. An opening is expected in the coming weeks.

Meanwhile, fans of the Kolache Factory no longer have to drive all the way to Plano for their fix thanks to a new outpost in Richardson. The 2051 North Central Expressway space is the first Dallas County location for the brand, and its 57th location overall. Operating hours at the new spot run from 6 a.m. to 2 p.m. Monday through Saturday, and from 7 a.m. to 2 p.m. on Sunday.

In sweets news, the Minnesota-based Wonders Ice Cream Company is bringing dessert tacos to the Metroplex. Its 5150 Lemmon Avenue location will be the first outpost outside of the chain’s home state, with more locations around the region expected to follow in the future. In addition to dessert tacos, the shop also serves the ever-popular Thai ice cream rolls, which it offers up in 20 flavors along with a variety of topping and edible receptacle options. No word on an official opening date.

Finally, in craft beer notes: Texas Theatre is screening Brewmaster on Wednesday, October 17 at 7 p.m. The event is a single-showing of the beer documentary that explores a host of characters in their pursuit of the industry.

And, on Thursday, October 18, the beer-meets-coffee spot Civil Pour is hosting a grand opening party from 5 to 10 p.m. The celebration includes food and drink specials, with a curated tap list of saved items.

Last but not least, Goodfriend Beer Garden and Burger Bar is celebrating its seven years of revitalizing the East Dallas food landscape this weekend. The day-long celebrations will include special beer tappings and live music. The event takes place on Saturday, October 20 from 6 p.m. to midnight.