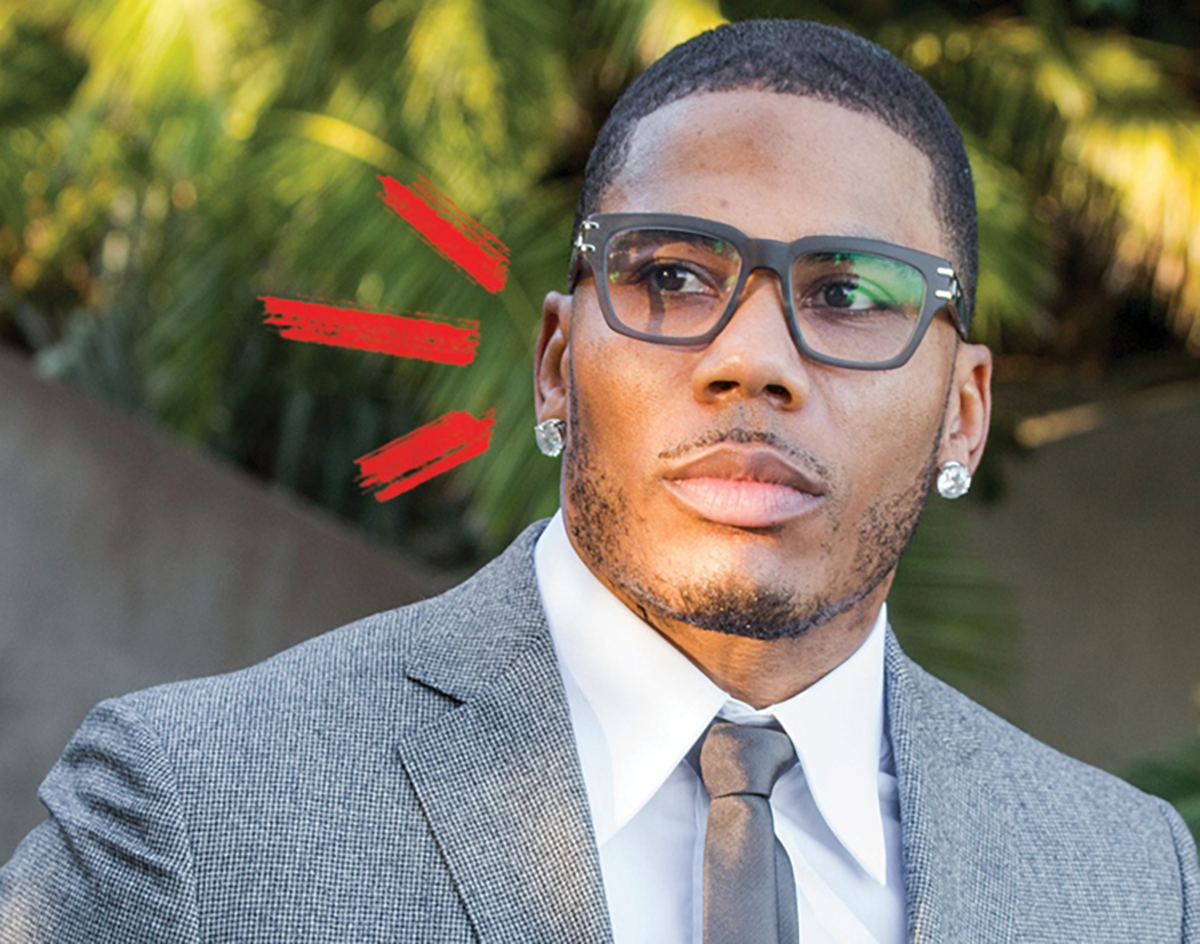 Practice Your Country Grammar With Nelly, Get Your Stolen Moments Back From Cautious Clay And Enter The Upside-Down with Stranger Con. Plus More!

But it was Musgraves’ duet with Texas country icon Willie Nelson that gave us the best, most tear-jerking rendition of “The Rainbow Connection.”

Well, perhaps “tear-jerking Rainbow Connection performance” is redundant — the original song is so poignant that even Kermit the Frog singing it in the original Muppet Movie is enough to pull at any live human’s heart-strings.

Regardless, this version was especially memorable.

The day of the awards show, Kacey’s official Youtube channel posted a home movie of her singing the song on a rinky-dink karaoke machine when she was just nine years old. In 2001, Willie Nelson released an album named Rainbow Connection, which included his own rendition of the titular song. The performance served as a canny tie-in to Musgraves’  “Rainbow,” which took home the award for Music Video of the Year earlier in the night.

Considering that the awards show aired on the Disney-owned ABC network, the performance also worked as some sneaky subliminal marketing for the Muppets back catalog on the recently-launched Disney+ streaming service. Dammit, Disney! Are there any cultural events left that your Machiavellian mouse mitts haven’t meddled in?

Fortunately, there actually are quite a few, including this list of cool shows happening around DFW this weekend. — Daniel Valdez

Slobberbone at Granada Theater
The hardest-working band in Denton for three decades now brings its talents to Dallas. — Garrett Gravley

The Building at Three Links
Anthony LaMarca is a current member of the War on Drugs and used to drum in St. Vincent’s studio band. Now he runs a boutique record label in Brooklyn called Primary Records, of which LaMarca’s solo project, The Building, is a signee. — GG

Joe Rogan at American Airlines Center
Remember that “Straight Pride Parade” that was trending on Twitter? Here it is. — GG

The Menzingers at Trees
The Scranton, Pennsylvania-based punk act will return to Trees this fall in support of its sixth full-length album, Hello Exile. Tigers Jaw and Culture Abuse open. — GG

Stuff You Missed in History Class at Sons of Hermann Hall
Speaking as someone with a B.A. in History, you probably missed a lot in history class. For example, the Battle of Gonzales, where Texan rebels were actually in the wrong for telling Mexican military officials to “come and take it” when they tried to confiscate a cannon that was property of the Mexican Army, as they lent it to American settlers to thwart raids from indigenous tribes. — GG

Kevin Gates at The Bomb Factory
Kevin Gates is a Baton Rouge-native rapper who got his big break in 2012 after catching the attention of Lil Wayne and Birdman. His life story before that is also rather interesting – while he was in prison, he studied through a prison education program and got a master’s degree in psychology. — GG

Rings of Saturn at Gas Monkey Bar N’ Grill
Concept-heavy metal tends to be about vikings or pirates or some other hyper-masculine wish fulfillment, but this Bay Area death metal band writes about extraterrestrial life and space invaders. — DV

Decades Collide: ’80s vs. ’90s with DJ Biz Markie at House of Blues
The Clown Prince of Hip-Hop himself is DJing this musical salute to pop culture’s two favorite referential decades. — DV

San Fermin at The Kessler Theater
Indie-rock and classical music aren’t as disparate as you might think, just ask this Brooklyn crew. — DV

Chad VanGaalen at Nasher Sculpture Center
VanGaalen has been making delightfully strange synth tunes on Sub Pop Records for decades now, but he’s somehow never played a show in Texas before. The Nasher is gonna help change that with this free midnight performance. — DV

Nelly at Texas Live
Is it getting “Hot in Herre” or is Nelly just in town? — DV

Augustana at Club Dada
You don’t have to travel all the way to “Boston” to see these 2000s pop-rock staples perform. — DV

Willie Nelson & Family at Billy Bob’s
In case you needed to know another fun fact about the Texas country legend: he worked with Dallas gay club The Round-Up to make his video “Cowboys are Secretly, Frequently Fond of Each Other.” — DV

Rittz at Gas Monkey Live!
Co-signs from Tech N9ne, Big K.R.I.T and Houston vet Devin the Dude are nothing to sneeze at. — DV

Matthew Mayfield at Ruins
His old band opened for groups like The Fray and Switchfoot, which should give you an idea of Mayfield’s very sincere and studio-sheened pop-rock. — DV

Late Nights: Speechless at Dallas Museum of Art
Inspired by the DMA’s newest exhibition, “Speechless: Different By Design”, this event features various musical performances from artists like Black Taffy, as well as interactive installations inspired by sensory stimulation. Most intriguing on the bill is a workshop run by the founders of Chiptunes 4 Autism, where you can use instruments like video games and theremins to create unique soundscapes. — DV

Ryan Bingham at Southside Ballroom
Ryan Bingham’s career skyrocketed following an under-attended show at King Klub in Hollywood, where a member of the Black Crowes approached him and offered to record an album. This fortuitous relationship would yield Bingham’s first two albums, Mescalero (2007) and Roadhouse Sun (2009). That cycle was then broken in 2010 with Bingham’s T-Bone Burnett-produced album, Junky Star. — GG

Cautious Clay at Granada Theater
Cautious Clay is on the rise. The Brooklyn singer-songwriter has amassed 27 million Spotify streams for his single “Cold War” alone. Earlier this year, he was featured on Billboard’s “Black Music Innovators” series. — GG

ScaryPoolParty at House of Blues
This guy was on American Idol this year. He also cowrote the single “Tonight” with Twin Shadow so, y’know, there’s some street cred, we guess. — GG

Tiffany Young at Trees
This K-Pop singer was recently on Korea’s version of The Masked Singer disguised as “The Rose of Versailles.” Certainly much more classy than our homegrown version’s “Egg” and “Thingamajig” costumes. — DV

Bear Grillz at Stereo Live
No, not Bear Grylls the TV survivalist best known for drinking his own pee, just a cheekily-named EDM DJ. The show is BYOP (Bring Your Own Piss), or actually, it’s probably best you don’t do so. — DV

Rodrigo y Gabriela at South Side Music Hall
Whether its playing original flamenco tunes or covers of bands like Pink Floyd and Metallica, this instrumental guitar duo has carved its own lane, and we’re swerving into it. — DV

Papadosio at Deep Ellum Art Co.
Proggy, jazzy, jammy and plenty other words that end with the letter Y could describe this North Carolina band. — DV

Illennium at Toyota Music Factory
This DJ is arguably just as popular for his Chainsmokers collaborations as he is for his original music, so there’s definitely some audience overlap between the two acts. — DV

Don McLean at Arlington Music Hall
What’s your favorite, or rather, most tolerated version of “American Pie?” Weird Al’s Star Wars parody? Madonna’s dance-pop butchering? Maybe you’re a fan of the classic, in which case you’re in luck, the artist behind it is performing in Arlington. — DV

The Starting Line at Canton Hall
It’s truly surreal to see a 2000s pop-punk band set out on a 20th anniversary tour. Is this what getting old feels like? — DV

Peelander-Z at Dan’s Silverleaf
A group of muscly, brightly-colored anime characters came to life and started a punk band with a notoriously high-energy live show. — DV

Puma Blue at Three Links
On Bandcamp, this London group deems its genre “voicemail ballads” — a little pretentious on paper, but the lo-fi R&B tunes certainly fit the bill. — DV

Haystack at Gas Monkey Bar N’ Grill
Haystack is a white rapper who writes a lot of music about being a white rapper. So there’s that. — DV

Annual Korean Festival of Dallas at Carrollton Asian Town Center
A celebration of all things Korean, including art presentations, traditional food and dance and of course, K-Pop performances. — DV

Rally in the Alley at Arlington Backyard
The first annual edition of a daytime EDM music festival, because bass drops sound better when you know you have enough time to score dinner afterwards, apparently. — DV

2019 Esports Awards
For the first time ever, the Esports awards is opening up the ceremony to the general public. Also it’s moving to Arlington from across the pond in London. No big deal. — DV

Cats at Music Hall at Fair Park
Unlike the film adaptation set to be released next month, this version of Andrew Lloyd Webber’s musical is 100 percent Jason DeRulo-free. — DV

Stranger Con at Hyatt Regency
Yes, an entire two-day festival devoted to Netflix’s Stranger Things. Millie Bobbie Brown aka Eleven will be there. We presume the actors who won’t be there are just temporarily stuck in the Upside Down. — DV

Surfaces at House of Blues
A Texas-born duo of brothers who make tunes that could slot comfortably next to Rex Orange County in your next “chill indie” Spotify playlist. — DV

Immortal Technique at Gas Monkey Live!
This leftist MC hasn’t dropped an album in over a decade, but that isn’t stopping him from raging against the machine in concert. — DV

Kottonmouth Kings at Trees
The psychedelic aiders-and-abetters of the Insane Clown Posse return to the Big D. — DV

Jon McLaughlin at House of Blues
If you’ve used Disney+ to revisit the 2007 Amy Adams-led Enchanted, you might recognize this guy as the singer crooning while Amy and McDreamy dance in that one scene. — DV

So You Think You Can Dance Live at The Theatre at Grand Prairie
We do think we can dance, thank you very much. Our skills don’t matter that much though, the only people dancing on-stage will be finalists from the most recent season of the show. — DV

Amigo the Devil at Club Dada
Eerie, folky murder ballads as cold as this past week’s weather. — DV

Simple Plan at House of Blues
Only true 2000s pop-punk heads remember the sublime cheesiness of tracks like “Untitled (How Could This Happen to Me?)” — DV

Jon Stickley Trio at Deep Ellum Art Co.
Bluegrass from the Carolinas, with some punk elements thrown in to avoid mere revivalism. — DV

Mystery Science Theatre 3000 Live at AT&T Performing Arts Center
In the not-too-distant future (this Sunday A.D. to be exact), Joel Hodgson will be performing on his final live tour with his movie-skewering TV show. — DV