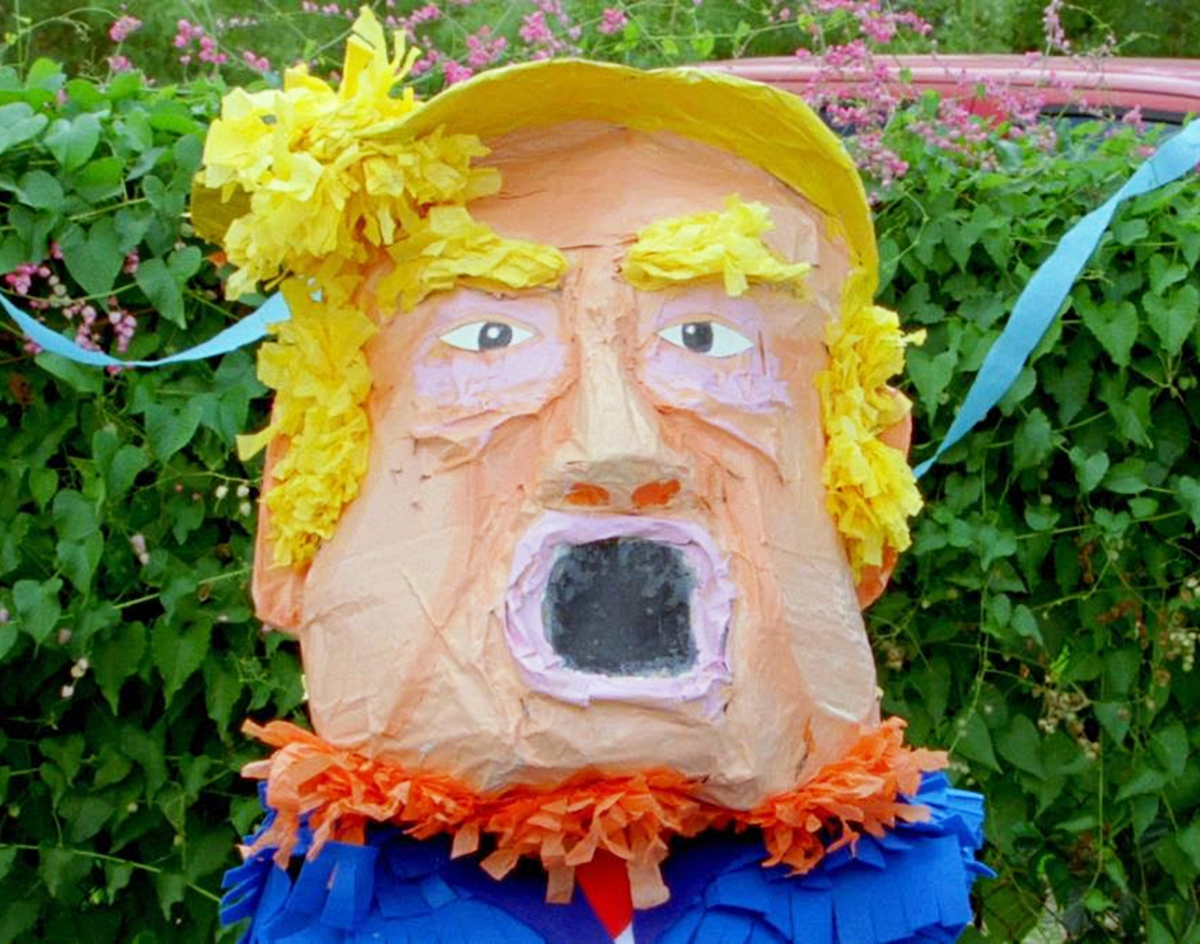 The Chillwave Purveyor’s First-Ever Spanish Song Is A Catchy, Pro-Immigration Take With A Video Featuring Piñata Donald Trump Getting Washed.

Neon Indian – “Toyota Man”
RIYL: Trump piñatas.
What Else You Should Know: After a few years spent making film scores, Alan Palomo (aka Neon Indian) is back with his first single since 2015’s Vega Intl. Night School, and surprise: It’s in Spanish!

Inspired by Palomo’s own experience as a Mexican-American immigrant — particularly in the times of Donald Trump’s peddling of anti-immigration propaganda — the song is jubilant, lyrical protest.

Over the ingenious pairing of re-worked, psych-cumbia riffs from both “La Cucaracha” and the Star-Spangled Banner, Palomo croons a chorus of “Venimos a estudiar/Queremos trabajar/Y aunque lo quieran negar/Todos somos Americanos” or “We came here to study/We want to work/And even if they want to deny it/We are all Americans.”

The song also comes in the midst of the Supreme Court’s impending ruling on the status of the DACA program.

“Though my music has always been generally apolitical, I realized when recording this song that it was impossible to write biographically (in the rhetorical context of the Trump administration) without being entirely that: political,” Palomo said in a statement. “The story of my family, which before felt commonly American, was suddenly politicized.”

As for Palomo’s self-directed video for “Toyota Man”, we find a Trump piñata come to life, only to be chased by a group of children before he finds himself in a fight with someone’s abuela, all while Palomo’s car-detailing work is exploited by a cowboy used-car salesman. Suffice to say, this video is camp done right.

“Recognizing the absurdity of it all, I thought it would be refreshing to address the social narrative around immigration through comedy — nods to Benny Hill, misremembered San Antonio car commercials and School House Rock,” Palomo said.

In theory, the mashup of references in both the song and video could have been disjointed, but Neon Indian busted the nail on the toupee’d head for nothing short of brilliance.