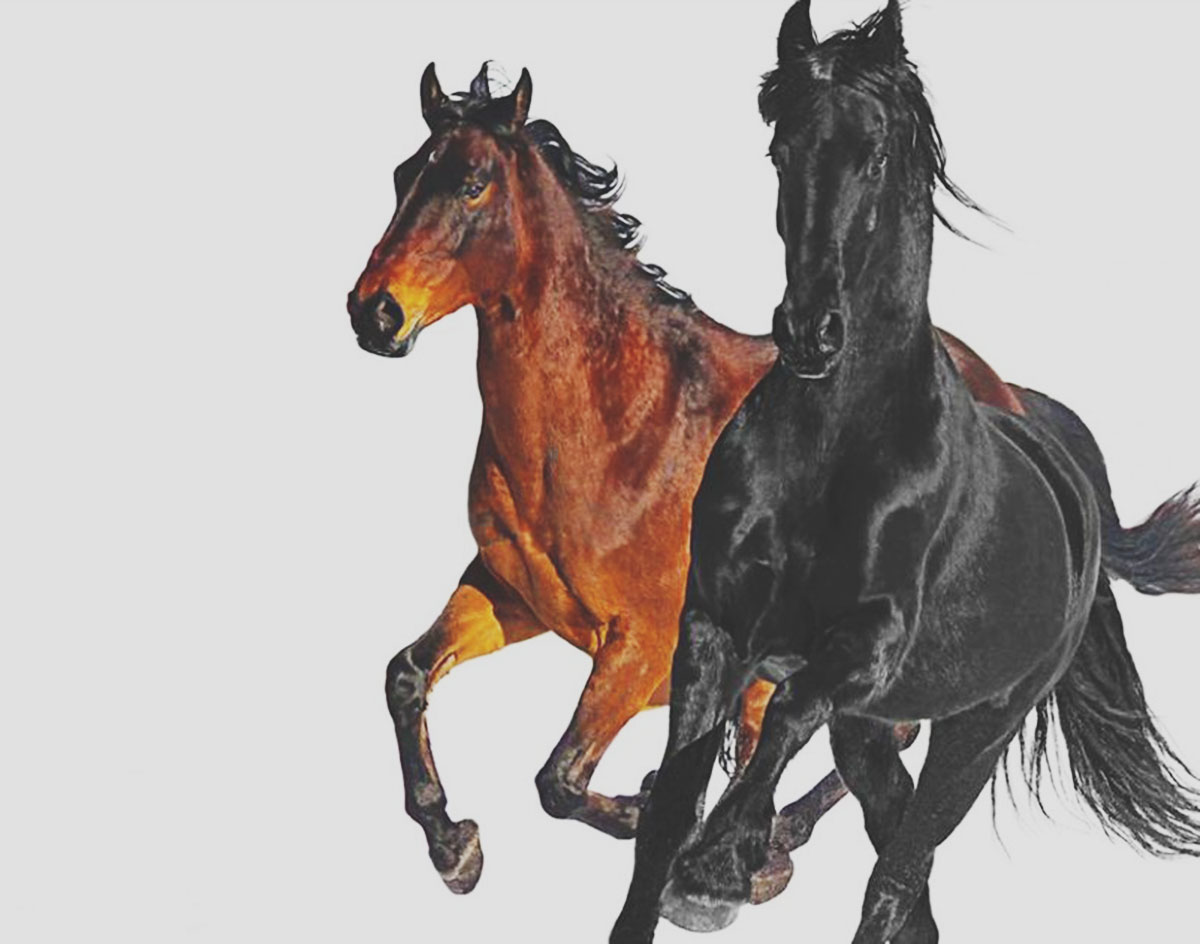 Take Your Horse Down To JMBLYA, Rock Your Finest Cosplay At Fan Expo Dallas And Celebrate All Things Star Wars-Related At The Statler Ballroom. Plus More!

Last week, WFAA reported on some data from Baylor, Scott & White that revealed how electronic scooters have accounted for more than $1.4 million in hospital costs since their implementation around town.

So that’s like, what, one injury? LOL, jokes about the cost of healthcare in the U.S. are in no way depressing, huh?

Anyway, the lesson here, as always, is that the journey is just as important as the destination. In other words: You can’t enjoy a party if you can’t get there safely.

Just something to keep in mind as you trek around town to hit up the below list of events going on this weekend. — Pete Freedman

Fan Expo Dallas at Kay Bailey Hutchison Convention Center
Among the bigger gets coming to this year’s comic con-like event: the cast of Back to the Future; the cast of The Karate Kid; the cast of Boy Meets World; The Office‘s Rainn Wilson; the cast of The Goonies; the cast of The Lost Boys; the cast of Smallville; Sons of Anarchy‘s Charlie Hunnam; Mia Farrow; Pamela Anderson; Luke Cage‘s Mike Colter; and all of the IT reboot kids — just to name a few. — PF

Al Gore at The Pavilion at Toyota Music Factory
The former Vice President and notorious environmental activist will be doing a speaking engagement of sorts. —Garret Gravley

Keep On Dancin’ at Ruins
DJs Sober and Blake Ward form like Voltron for this monthly bash. — PF

Oswald at the Firehouse Theatre
Check out our interview with the local producer behind this interesting look at Dallas history here. Performances of this still-taking-shape production will run all weekend long. — PF

Real Women Have Curves at Kalita Humphreys Theater
This play tells the story of a recent high school graduate with big dreams who is stuck working at her sister’s garment factory in East L.A. — but comes to appreciate the hard work and energy of her co-workers, who all struggle with issues relating to personal body image and deportation. — Mira Scott

Emo Nite at Curtain Club
With 2513 Main now officially closed, this celebration of ’00s music heads to Curtain Club, which itself will close at the end of June. I guess the tombstone imagery used by this event isn’t a joke. — PF

Dallas International Guitar Festival at Dallas Market Hall
The annual noodling celebration returns for a weekend-long event celebrating guitar gear and the nerds who freak out over it. — PF

Metalachi at Gas Monkey Bar N’ Grill
This band’s all about going off the rails on un tren loco. — Cory Graves

Bob Schneider at Canton Hall
Long a mainstay in the Austin’s music scene, Schneider brings his genre-bending ways to Deep Ellum this weekend. He’s known for being a great performer. And for once dating Sandra Bullock. — H. Drew Blackburn

Election Day at Your Local Polling Place
C’mon, do your part. — PF

The May The Fourth Be With You Disco Ball at The Statler Ballroom
There are plenty of Star Wars-focused events happening around town on this hallowed date, but this one thrown by DJ Willie Trimmer each year is the biggest: DJ sets, cosplayers, art and more will be on display — all boasting a theme relating to a galaxy far, far away. There’s also a $1,000 costume prize up for grabs. (Full disclosure: Central Track is a presenting sponsor of this event.) — PF


Off The Rails Country Music Fest (Day One) at Toyota Stadium
Luke Bryan, Jake Owen and Aaron Watson headline the first day of this all-country offering in Frisco. — PF

Matty Matheson at Club Dada (Sold Out)
The famously foul-mouthed chef personality brings his stand-up to Dallas for an early-afternoon as part of his first-ever tour along such lines. — PF

HEALTH at Club Dada
Dada’s second show of the day features HEALTH, which has toured with Nine Inch Nails and Crystal Castles in the past. Now, the noise/electronic trio is headlining its umpteenth Dallas show. Last time HEALTH played Dada was two years ago in November 2016 with Ho99o9. — GG

Jon Lovett at Majestic Theatre
Jon Lovett used to be a speechwriter for President Barack Obama and Secretary of State Hillary Clinton. Now, he hosts two podcasts, Pod Save America and Lovett or Leave It, the latter of which explores “the endless frustrations and absurdities of our broken political nightmare” and is the impetus for this stop. — GG

Dallas Love List’s Kentucky Derby Party at Mama Tried
Drink some mint juleps, wear a silly hat and pretend you know how to put money on the ponies at what looks to be the biggest Derby-themed bash in town this year. — PF

Deep Ellum House Party’s Cosplay Party at Wit’s End
This Fan Expo Dallas after-party will be hosted by (someone in a) Deadpool (costume). — PF

Lolo Zouai at Three Links
The San Francisco-via-Paris R&B rising star recently released a collaboration with Blood Orange. You may not have heard of her, but six million Spotify streams on “High Highs to Low Lows” and 52.7k Instagram followers do not deceive. — GG

3rd Ear Experience + JD Pinkus at The Foundry (Free)
The former is a psychedelic/experimental band from California, and the latter is the project of Butthole Surfers’ Jeff Pinkus, who has also toured extensively with the Melvins. Did I mention this show was free? — GG

The GazettE at The Bomb Factory
Over the course of the last few years, the Bomb Factory’s become something of a hub for internationally touring Asian pop and rock stars, which explains the venue’s booking of this dramatic glam rock band — well, at least on some levels. — PF

Taste of Oak Cliff at 10th Street & Beckley
A bunch of area restaurants combine to provide tastings of their neighborhood flavor, and it only tastes a little like gentrification, we’re told. — PF

My Favorite Murder Live at The Pavilion at Toyota Music Factory
Murderinos unite! After selling out a trio of Majestic Theatre gigs when this comedy (?) podcast about true crime came to town a year and a half ago, they’ve upgraded to the much bigger Irving venue for this stop. Still, the mantra remains the same: Stay sexy, don’t get murdered. — PF

Dallas Fest at the West End
Jessie Frye (who is fine, but from Denton) and SouthFM (who are fine, but from the ’00s) headline this free, day-long event that claims itself as offering the best that our city has going these days. Sure, OK! — PF

Off The Rails Country Music Fest (Day One) at Toyota Stadium
Sam Hunt, Luke McCombs and Denton’s own Eli Young Band headline the second day of this all-country offering in Frisco. — PF

Scott H. Biram at Three Links
Sure, he may be just a guy sitting on stage with an acoustic guitar, but don’t expect Biram to do any wistful numbers about lost loves or his dying dog while he’s doing his “dirty old one man band” thing at Three Links. The country-punk provocateur always brings it, not only employing the aforementioned guitar, but an entangled series of amps and microphones as well. — Stephen Young

Eels at Canton Hall
Did you know that Eels is on the soundtracks for the first three Shrek movies? Whether you discovered the revered indie rock band that way, it’s pretty certain that this will be nothing like Eddie Murphy and Antonio Banderas covering Sly Stone or Ricky Martin. — GG

Polyphia at House of Blues
The Plano-sprung instrumental prog-rockers take to their hometown HOB. — PF

Dog Bowl at Cotton Bowl
From 1 to 5 p.m., your dogs will get spoiled at this Cotton Bowl free-for-all that will feature a dip-and-sip and other ways for our furry friends to get acquainted with one another. There will be beer for the humans, too. — MS


The Psychedelic Furs, Royston Langdon (Spacehog) at Granada (Sold Out)
John Hughes movies really did have the best soundtracks. — PF

Twiztid at Curtain Club
You can tell this rap duo has been around since the ’90s because of the gratuitous use of the letter “z” in its name.  — PF