39 Things To Do In Dallas This Texas Independence Weekend. 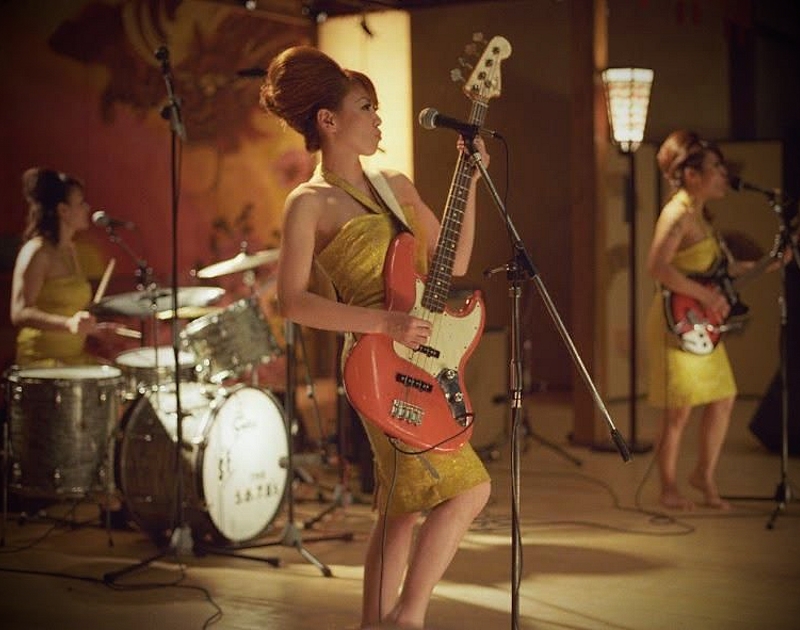 Celebrate Texas’ Independence, Bead It Up For Mardi Gras, Follow Jeff Tweedy Around Town, Meet The Kill Bill Band, Cheers To 50 Years Of Miller Lite In Fort Worth And More.

Everyone feels lonely from time to time. That’s perfectly OK.

It’s a phenomenon that was important for our ancestors, and helped shape our modern world. Doesn’t it seem like the more social devices we have for sharing and connecting, the less time we actually spend interacting with human beings?

For all the good that comes from the internet – like providing lists like the one below, for instance! – it can also lead us to more periods of isolation.

Here are a few places you will definitely find other human beings to communicate with in person this weekend. Maybe you’ll even meet some new folks in the process. — Cory Graves

The Sound of Animals Fighting at The Bomb Factory
Stay for the rock ‘n’ roll supergroup headliners, but come for experimental Denton artist Lorelei K, who is opening an entire leg of the tour. Check out our profile on her stunning new music video, too. — CG

The 5.6.7.8’s at Three Links
Along with Shonen Knife, The 5.6.7.8’s remain one of the most well-known punk bands from Japan. They are perhaps best known for their appearance in Kill Bill, Vol. 1. Los Skarnales opens. — Garrett Gravley

The Zombies at Kessler Theaters
Hundreds of interviews into my career, the best one I ever did was with the lead singer of these new Rock and Roll Hall of Fame inductees, which you can revisit here. — CG

Metric at South Side Ballroom
Seven albums into its career, the rockers are a Canadian institution at this point. Its latest is full of big, anthemic numbers that’ll have little trouble filling up the cavernous SSB. — CG

The Interrupters at Trees
The LA ska punks’ third album is its biggest yet, graduating them from the Links stage to the bigger one across the street. Masked Intruder and Ratboy open. — CG

Car Seat Headrest at Canton Hall
It takes special skill to make big budget records sound so lo-fi and DIY, but that special skill is what’s earned these fellas such a huge cult following. Hell, if you’re filling up 1,500 cap rooms in every city, is it even fair to call you a cult band still? — CG

You Got Older at Kitchen Dog Theater
Just when you think life cannot get any worse- it gets weird. Mae got dumped, lost her job and had to move back home to care for her dad. Now she’s dealing with an unknown rash and a fantasy cowboy who just won’t leave her alone. You Got Older is a dark comedy about falling apart, whilst failing launch all the while, finding something you may have never expected to find. It runs through March 10. — Mira Scott

Hayes Carll, Ben Dickey at Magnolia Motor Lounge
Hope Hayes gets over his recent bout of food poisoning, because he and the star of Ethan Hawke’s Blaze Foley biopic have their third of four consecutive Metroplex shows this weekend. — CG

“Infusion” at Kettle Art
The Deep Ellum art gallery has chosen nine artists that have been catching their fancy of late for inclusion in this “Infusion” show. It runs for the next couple weeks. — CG

Quaker City Night Hawks at Shipping & Receiving
Coming home from a month-long tour, Funky Town’s favorite sons will be the pinnacle of tightness for this weekend’s hometown release show for their latest full-length effort for Lightning Rod Records. — CG

Hayes Carll, Ben Dickey at Hank’s Texas Grill
Your fourth of four shows from these two this week. — CG

Jeff Tweedy at Good Records
Wilco frontman Jeff Tweedy has three local events planned this weekend. First, he stops by Good Records this Saturday for a “free,” in-store performance. To attend, you’ll have to buy a copy of his new book, and capacity will be limited to the first 150 people who do so. There’ll be no signings of the book at that Good Records event, but there will be signings at his Sunday stop over at The Wild Detectives. — CG

Adia Victoria at Three Links
Recorded by The National’s Aaron Dessner, Victoria brings up the topics of topics of mental illness, drug addiction, sexism, and all the elements that consume the day-to-day lives of women attempting to make a world of their own on her fiery folk record that came out last Friday. — CG

Supersuckers at Main At South Side
On top of a country set from these Arizona rockers, they’ll also be playing their first two Sub Pop records — The Smoke of Hell and La Mano Cornuda — in their entirety. — CG

Julio Iglesias at Toyota Music Factory
Enrique’s old man comes to town to show all the young pups how it is done. He’s sold records than any other Latin artist in history. — CG

Green Dazed, Not Ur Girlfrenz, Sedated at Trees
Do you have the time to listen to Green Day and Ramones tributes whine? I would make some, because pre-teen pop-punk Not Ur Girlfrenz is also on this bill. — CG

Blade Runner: The Final Cut at Texas Theatre
It’s a busy night at the theater. On top of this screening, there’s a concert featuring True Widow and Mountain of Smoke, and after that a repeat of the Texas Titillation event we mentioned above. — CG

Texas Born and Brewed at MillerCoors Brewery
The brewers of our favorite local beer celebrate their brewery’s 50th anniversary with this big, free concert by Whiskey Myers and Flatland Cavalry. First-come, first-serve, no tickets available or required. — CG

Texas Independence Day Bike Ride at Jason’s Deli (Mockingbird)
Make sure you have your GPS device all turned on, and you’ll have a nice little display of Texas staring back at you when you complete this 10-mile ride. Because, Texas! — CG

BFDD Bike to the Bridge at Belo Garden Park
In conjunction with the All Out Trinity event, they’ll be attempting the largest gathering of bikers in the Metroplex in the history of ever. — CG

Cannoli Pop-Up at Bishop Cidercade
Play some arcade games and have a cider and a cannoli, or two or three. At 6 p.m., Just Encased Craft Sausages food truck will be making Italian sausage sandwiches, and Mario and Luigi will be saving princesses, to complete your Italian-American experience. — CG

Gumbo Cook-Off at Twilite Lounge (Fort Worth)
Whether you’re competing or just sampling, this one’s sure to be a winner. There’ll be celebrity judges and some live New Orleans jazz on the main stage. — CG

Emo Nite at 2513 Deep Ellum
Bringing back all the high schools at this month’s version of the recurring party are riley jvmes, Michael Barr, Davey Muise, The 27s and Forever Starts Today. — CG

Dave Mason & Steve Cropper at Majestic Theatre
The Traffic and Booker T & the MGs guitarists are teaming up for a “rock and soul revue” this weekend in Downtown. It’s going to be legendary.

Leftover Crack at Curtain Club
This is a band that tried and failed to release an album called Shoot The Kids at School in the wake of the Columbine massacre. And you thought Foster The People were subversive. — Pete Freedman

Bruce Wood Dance: An Evening of Dance at Dallas Contemporary
This contemporary dance troupe has designed a show that interacts with the gallery’s current exhibition, Ian Davenport’s “Horizons.” A wine reception precedes the dancing. — CG

Jeff Tweedy Book Signing at The Wild Detectives
Jeff won’t be performing at this one like he will at Good Records on Saturday or the Majestic later on Sunday. But he will sign copies of his new memoir and, I imagine, posing for selfies. — CG

Supersuckers at Sons of Hermann Hall
After ripping it up in the Fort, the ‘suckers will be doing it again 40 miles east with some help from locals The Dangits. — CG

LP at Granada Theater (Sold Out)
The singer-songwriter behind hits from Rihanna, Xtina, BSB and several other pop mega-stars hits town to play his own damn songs his own damn self. And to a packed house, no less. — CG