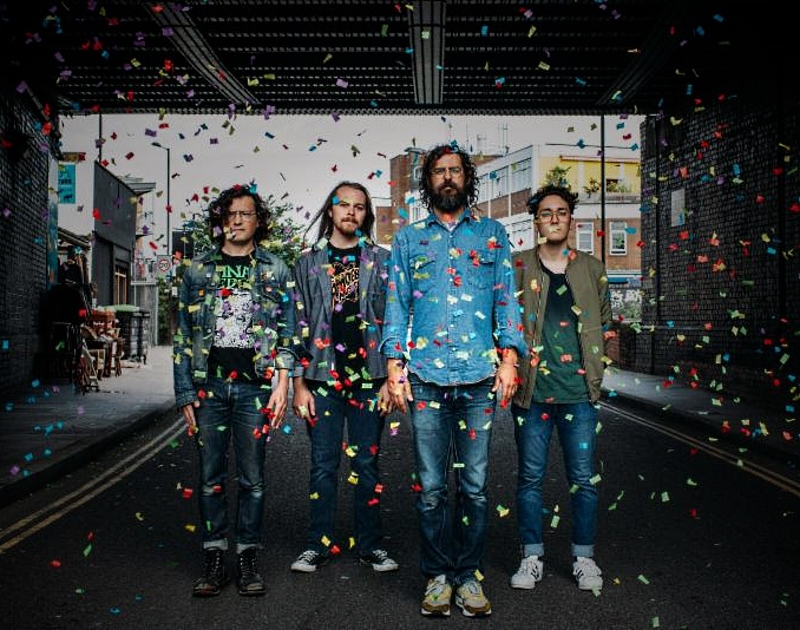 Check Out the Third Single From White Denim’s Second LP in Seven Months, Featuring a Riff That’s Reared its Head Numerous Times Over the Last Decade.

White Denim – “Reversed Mirror.”
RIYL: Taking time to reflect.
What else you should know: In a few weeks, White Denim will release its second LP in seven months. it is said to be as “varied and vivacious” a collection as the band’s ever presented, and in the case of the newly released third single, it’s as self-referential, too.

The instrumental “Reversed Mirror,” is the third time in White Denim’s career that it has tackled this specific riff. Its origins date back to a song called “Mirrored and Reverse” from 2009’s Fits, which were re-examined and repackaged as “Mirrored in Reverse” on 2016’s Stiff — an album that’s title is almost a reverse of the one previously mentioned. Now, we have “Reversed Mirror” from the upcoming Side Effects LP, due out March 29 via City Slang.

“We are interested in re-framing ideas and presenting them in new ways,” frontman James Petralli explains. “’Mirrored in Reverse’ from Fits was a live staple for us for many years. We would improvise on the intro for a few minutes each night. Lots of ideas came out of those improvisations. [bassist] Steve [Terebecki] and I mashed a bunch of them together for this version.”

The band doesn’t have any local dates scheduled at the moment, but a trio of SXSW sets have been announced, with more to come. Those include a performance at FLOODfest on March 12th, Austin Chronicle‘s party at Hotel Vegas on March 15th, and the second annual day party at their own recording studio Radio Milk on March 16th.