38 Things To Do In Dallas This St. Paddy’s Day Weekend. 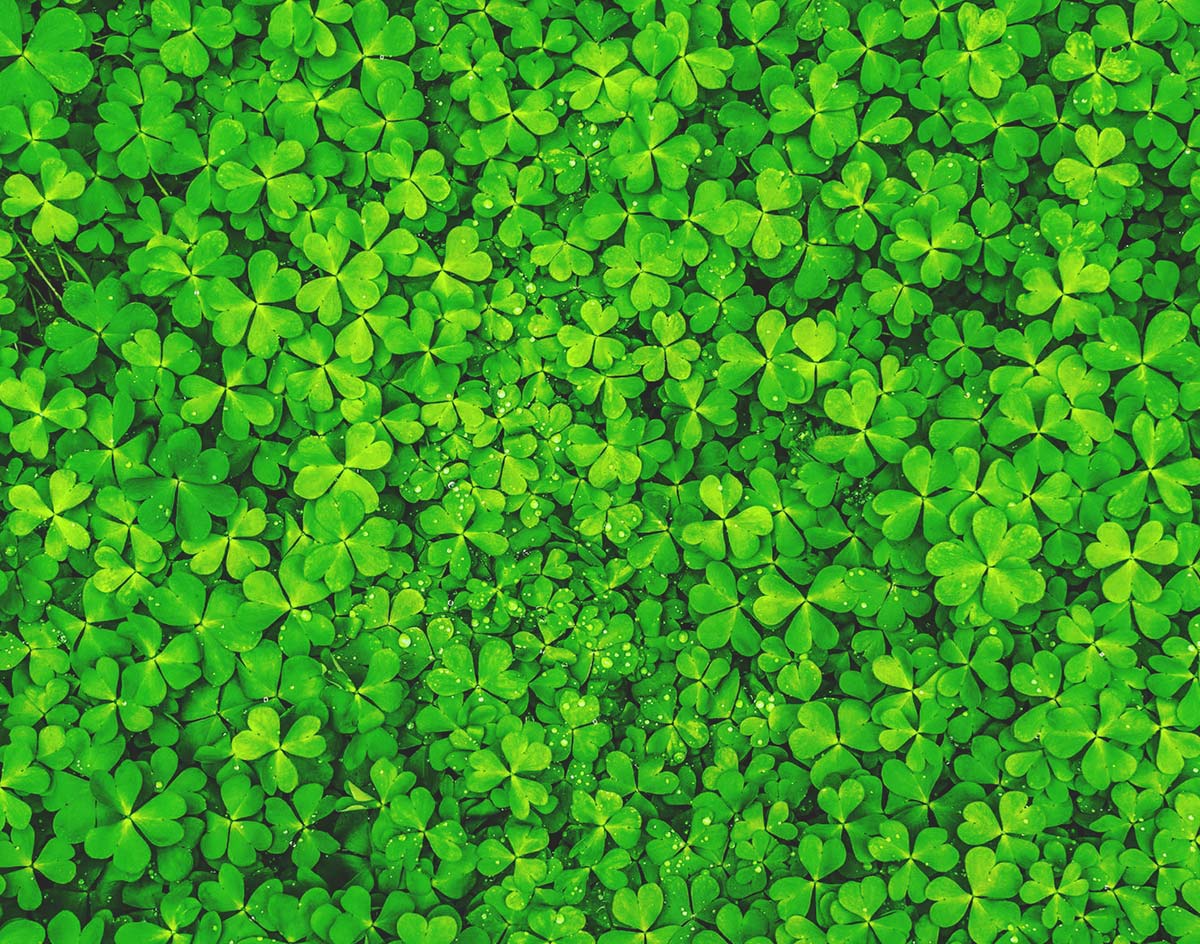 Get Sloppy At The St. Paddy’s Day Parade, Embrace Sarcasm At Not So Fun Wknd, Put Your Back Into It With Ice Cube, Make Some Choices With E-40 & More.

We may live in a world filled with scammers, but as have to acknowledge this week’s big-breaking fraud scandal — in which wealthy Americans spent hundreds of thousands of dollars to successful scam their children through the college admissions processes at schools they couldn’t have otherwise gotten into — had one decent thing going for it.

As sickening a display of privilege as this may have been, I think we can all agree that the FBI’s sting operation, which that led to the arrests of such celebrities as Felicity Huffman and Lori Laughlin, had an incredibly kickass name: Operation Varsity Blues.

If nothing else, actor James Van Der Beek, who starred in the film that inspired the sting’s name, certainly seemed to appreciate it — even going so far as to evoke thoughts of his famous “I don’t want your life!” line from the film when tweeting about the news.

If only there was a succinct turn of phrase these kids could have used to inform their parents they were not desirous of their life path… https://t.co/cxOTDI5J1B

Now, if you don’t want your parents’ life, then get out of the house and live yours at some of the following events that are going on around Dallas this weekend. — Pete Freedman

NSFWknd: Gorilla Biscuits, Judge, Candy and Razorbumps at Canton Hall
Not So Fun Wkdn, Parade of Flesh’s 11th annual South by Southwest spillover offering, is topped with this hardcore-heavy offering. Denton garage-punk act Razorbumps, which is playing Coachella next month, is a bit of an outlier on this one, but worth getting to the venue early enough to see. — PF

NSFWkd: The Joy Formidable, Big Bliss and Blushh at Trees
The Welsh rockers atop this one have charted a few singles, but it’s becoming increasingly clear that the band will forever be known first and foremost for its killer 2011 track, “Whirring.” — PF

NSFWknd: Ritt Momney The Bralettes and Gymshorts at Dada
Come for the emo-punk of Dallas’ own Bralettes, but stay because you’re a fan of political-based wordplay. — PF

NSFWkd: Ryley Walker and Colton Venner at The Foundry (FREE)
The only NSFWknd to take place outside of Deep Ellum is also its only free offering. — PF

NSFWknd: The Briefs, The Stitches at 3 Links
More like The Veteran Punks, am I right? — PF

Michael Carbonaro Live at Majestic Theatre
The magician performs magic trick pranks on unsuspecting audiences out in the real world as the host of TruTV’s The Carbonaro Effect and now he’s doing it on a stage. — PF

Kevin Farley at Hyena’s Dallas
Yup, it’s Chris Farley’s brother! Yeah, the guy from 2gether. He’s performing two shows on Friday and another two on Saturday after having opened his weekend stint with a solo offering on Thursday. — PF

Baring Teeth, Cesspool of Corruption, Dischordia, Empty Shell and Macabat at Wits End
Bringing together the elements of death metal, grindcore and technical metal into one sound, Baring Teeth tops this offering, which free before 10 p.m. and $5 to anyone who arrives after that cutoff. — MS

Warrant at Gas Monkey Live
The hair metal band behind “Cherry Pie” is touring to celebrate the 30th anniversary of their 1989 debut album Dirty Rotten Filthy Stinking Rich, which doesn’t even have “Cherry Pie” on it. — PF

Switchfoot at House of Blues
The title track off the the crossover Christian rock band’s new Native Tongue album hit No. 4 on the  Christian rock charts last year, which would be a big deal, except these guys also have a No. 2 and four No. 1s on that chart to their name. The band’s also charted on the regular ol’ rock charts seven times in their career, but never anywhere higher than No. 15. — PF

Proton at It’ll Do
If you enjoy nothing but techno, then this show which is promising just that? It’ll do. — MS

The Rich Girls at The Rustic
With an RSVP, you can get in for free.99 to see this popular Dallas cover band that once stuck to just Hall & Oates covers before expanding its catalog to the entire ’80s. Now, they’ll even sneak some ’90s R&B into their set from time to time, too. — MS

Alex Di Stefano at Project AI
Twenty years after getting his start as a 10-year-old wannabe DJ and producer, Di Stefano is now one the hottest names in trance and techno. — MS

Ice Cube and Paul Wall at South Side Ballroom
From the West Coast to the South Side: Gangsta rap pioneer and Friday star Ice Cube is taking the stage with Houston’s very own Paul Wall, who is very much still tippin’ on four four’s. — MS

St. Paddy’s Parade on Greenville Avenue
The largest St. Patrick’s Day Parade in the Southwest boasts more than 125,000 annual attendees, more than 90 parade float entries and more than 1,700 parade participants over the course of its two-mile stretch. It’s a pretty drunken Dallas tradition that everyone seems to love, but if you’re not into it, here’s a map of the action and its ensuing street closures. The parade itself runs from 11 a.m. to 2 p.m., and the after-party is going down… well, at literally any bar you want in town. They’re pretty much all doing something. — MS

E-40 at Canton Hall
The Bay Area rapper continues to hold it down, as he always has. Underrated but heavily appreciated, E-40 has the gift of gab, and a way with words. — MS

Errol Spence Jr. vs Mikey Garcia at AT&T Stadium
Jerry Jones plays host to a highly anticipated pay-per-view bout between two of boxing’s brightest stars at his vaunted AT&T Stadium in Arlington as four-division champion Mikey Garcia (39-0, 30 KOs) moves up in weight class to face the IBF Welterweight Champion — and DeSoto’s own — Errol Spence Jr. (24-0, 21 KOs) in what is being billed as the biggest fight of 2019. Read more about the fight in our preview of it right here. — Mike Galicia

Bill Maher at The Pavilion at Toyota Music Factory
Are you a college freshman who is going through a Christopher Hitchens phase? Do you think Al Franken was treated unfairly last year? Are you still way into covfefe jokes? This is the show for you, probably. — GG

Feed Me at Lizard Lounge
The Deadmau5-approved drum and bass, dubstep and electro house producer brings his demanding hunger to the famed Lizard Lounge stage. — PF

NSFWkndThe Coathangers, Wand, Empath, Hash Redactor and NOTS at Dada
Fun fact: The Atlanta garage punks atop this bill are sometimes tour-managed by John Iskander, the man behind the Parade of Flesh brand that booked them to this festival. — PF

TOBYMAC at The Theatre at Grand Prairie
Along with five other artists sharing the stage with him, this is the second of the Christian rapper’s two headlining stops at this venue this weekend. — MS

Kevin Farley at Hyena’s Dallas
The other Farley wraps up his weekend in town with two more shows. — PF

Catfish & the Bottlemen at House of Blues
These guys toured North America with Green Day a few years ago. — GG

Drivin’ n’ Cryin’ at Sons of Hermann Hall
The Atlanta-based folk rockers have been going strong for 33 years, which is impressive, although that doesn’t hold a venue to the venue hosting this show, which is a spry 108. Fun fact: Sons of Hermann Hall is also Dallas’ oldest freestanding wood building. — PF

House of Reveries at Good Records (Lower Greenville)
It seems EB The Younger‘s in-store performance last Saturday at Good Records‘ Lower Greenville location will not be that room’s last as once advertised, even though the store has already moved to its new home on Garland Road. Rather, that distinction will go to this weekend’s album-release event that’s still going down there to celebrate a new release from Dallas indie funk and soul band House of Reveries. K & Chilldren of Indigo open this final Greenville Avenue bill at Good Records. — GG

NSFWknd: Necrot, Blood incantation and Frozen Soul at Three Links
There sure are a lot of these NSFWknd shows.

Mike Krol, Psychedelic Prn Crumpets, Frankie & The Witch Fingers, Camp Howard and Acid Carousel at Dada
Remember when you could buy an all-access pass to these NSFWknd shows and see them all at a reduced rate? They should bring that back. It was dope. — PF

Laura Jane Grace & The Devouring Mothers at The Kessler
Best known as the founder, lead singer, songwriter and guitarist of the punk rock band Against Me!, Laura Jane Grace is also a musician, author and activist whose book Tranny is as powerful a look into trans culture as exists. Here, she takes her only slightly softer side project to Oak Cliff. — MS

The Hangover Do-Over at Sundown at Granada
Sure, you might go pretty hard at the St. Paddy’s Parade festivities on Saturday, but this offering is designed specifically to help you cure your hangover — with any number of cures both state-of-the-art and traditional. Read more about this event, which Central Track is co-presenting, right here. — PF

Her’s at Curtain Club
Her’s is a band from Liverpool that nods to ’80s acts Aztec Camera, The Smith’s and Everything But the Girl. — MS

Anthony Hamilton and Leela James at the Music Hall at Fair Park
Before he was an R&B singer, he was once a member of the church choir. As for her, she had always wanted to be an R&B singer-songwriter from a young age. Together, they make a great duo. Go let your soul be touched by angels and moved by rhythm. — MS