37 Things To Do In Dallas This Black Friday Weekend. 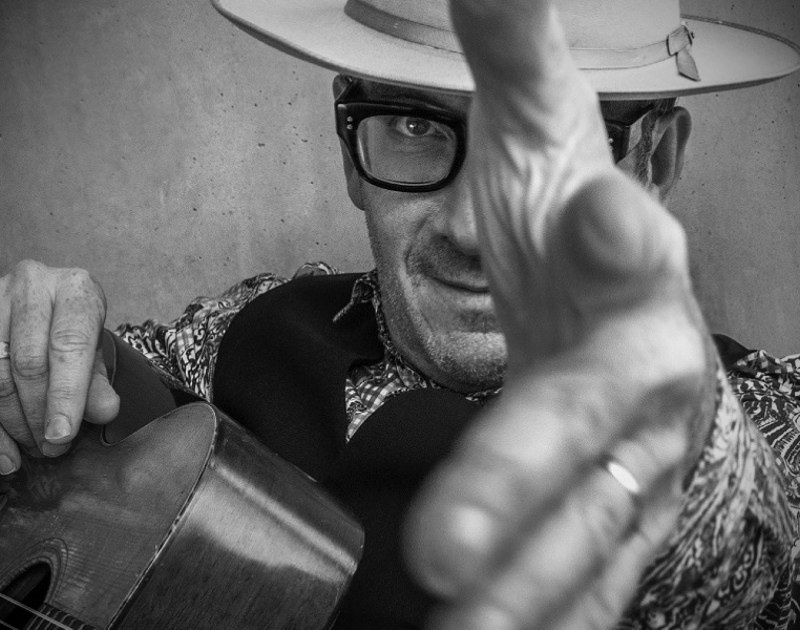 Pump It Up With Elvis Costello, Celebrate 50 Years of The White Album at Granada, Cut the Ribbon on Arlington’s New eSports Stadium and More.

It’s so much easier not to make things than to make them. But you shouldn’t let that stop you. It can be super rewarding to build something or create a thing out of thin air.

In fact, per this viral Twitter thread, there are at least 25 kickass reasons why you should be a maker.

By that same token, it’s a hell of a lot easier not to do things than to do them. But we’ve laid out 37 pretty great reasons why it’ll be so worth it to get out of the house this busy shopping weekend. — Cory Graves

Elvis Costello at WinStar World Casino and Resort
Only the best musicians and medium-est of short stops are named Elvis. Following a minor, cancer-related surgery that cancelled his European dates, this Elvis is back and fired up. — CG

Holiday Tea at The Adolphus
Pinkies up, y’all, for this annual tradition of fancy ass sandwiches and teas – three whole courses worth – at the Dallas hotel’s holiday’d-out French Room. — CG

The Texas Gentlemen at Kessler Theater
Dallas’ all-time greatest backing band handles up on its own business this weekend. Thomas Csorba and Wesley Geiger open. — CG

The Room at Inwood Theatre
Once a month, at midnight, they screen the cult classic whose making-of was turned into The Disaster Artist. — CG

Rock of Ages at The Theatre at Grand Prairie
The Broadway musical whose score is comprised of ‘80s hair metal hits the suburbs for a tenth anniversary staging. — CG

William Clark Green at Billy Bob’s
If she likes Black Friday shopping and you like red dirt concerts, you can still lead a happy relationship – as Green will sing about at the end of the night. The key is to compromise and do both – but together. — CG

Cedric Gervais at Stereo Live
The French house DJ won a Grammy for his remix of Lana Del Rey’s “Summertime Sadness.” Now he follows that up by helping cure your post-Thanksgiving blues with this dance party. — CG

Oshun, Francine Thirteen at Ruins
Art, music and activism diverge in these interesting projects — one touring, and one local — that dazzle the eyes, ears and provoke thought all at the same time. — CG

Harry Hudson at Three Links
The 23-year-old Jaden Smith collaborator is an interesting cat, falling under the folk or singer-songwriter banner, yet finding a home on Jay-Z’s Roc Nation. — CG

Habstrakt at Lizard Lounge
From the golden era of dubstep, the EDM producer’s latest track finds him mining that 2011-era sound that first put him on the map. — CG

Dallas Fantasy Fair at Irving Convention Center
Hardcore comic and cartoon fans will be drawn to this pop culture con that’ll feature guest appearances like the guy that voiced Spaceghost, or the one that helped create Indiana Jones’ character. — CG

Eye Scream Wasted last day at IQ Haus
The popular Instagram trap ends its run this weekend, so make a reservation to get your new profile pic asap. — CG

A Hard Night’s Day at Granada Theater
Dallas’ longest running Beatles tribute celebrates the 50th anniversary of the White Album by performing the double disc of oddities in its entirety on both Saturday and Sunday nights. — CG

NYC Comedy Invades Noble Rey
The Raybould Brothers, Jordan and Bret, come down from New York to do comedy bits at the ol’ brewery. — CG

Nghtmre at South Side Ballroom
It was the nghtmre before Christmas, and all the creatures were stirring because of the house music. Blame this Cali DJ/producer for that one. Midnight Tyrannosaurus and Ducky also perform. — CG

King Lil G, Rittz at Gas Monkey Live
Mexican-American rapper Lil G looks the part of your typical gangster on the street; facial tattoos, sagging pants or the AK-47’s adorning his clothes. But, in spite of his looks, his music is meant to inspire impoverished youth to strive for success. Rittz co-headlines, and a whole slew of talent makes up the undercard. — Sidney Johnson

Band of Heathens at Kessler Theater
The Austin-based Americana stalwarts are celebrating the release of their new album of Ray Charles tributes. — CG

Chris Janson at Billy Bob’s
Money may not have the ability to buy you happiness, but it can buy you things like a boat and tickets to see this Platinum-selling country superstar. — CG

Toys For Tots Concert at Trees
You went around the table and said what you were thankful for, so keep those good feelings going and pay it forward, bringing toys for less fortunate childrens to this Drowning Pool and P.O.D. show. — CG

Crush at House of Blues
After a lackluster SXSW showing, the K-R&B singer spent the rest of the year writing new material and planning his big return to the U.S. You’ll be able to buy copies of his new EP without paying import prices by heading to this one in person, too. — CG

Willie Nelson at WinStar World Casino and Resort
If you didn’t get your fix of the Red-Headed Stranger’s pair of Fort Worth shows last weekend, he’ll be a short drive up I-35 this weekend. — CG

Harlem Globetrotters at American Airlines Center
Spoiler alert: the Globetrotters will destroy the Generals early in the afternoon so that the arena can be turned around in time for the Mavericks to host the Celtics. #itsstillrealtomedamnit — CG

Deep Ellum Mimosa Walk: Small Business Saturday
As they do once a month, the shops of the Deep join forces to pour up free mimosas to those that have paid for official glasses (to be picked up outside of Life of Riley). This time it’s in the spirit of the Black Friday counter-punching Small Business Saturday. — CG

eSports Stadium Arlington Grand Opening
Arlington celebrates the grand opening of its new electronic gaming stadium with a bang by hosting the ECS Season 6 Finals. Surely that means something to someone. — CG

Post Thanksgiving Shop Till You Drop at Lee Harvey’s
Here’s another spot to support local mom and pops’ in the name of Small Biz Saturday. — CG

Wine and Magic at Checkered Past Winery
As if it weren’t magic enough that grapes can be turned into alcohol, there’ll be a real, wine-based magic show at this local winery. — CG

Pentatonix at The Theatre at Grand Prairie
The Arlington-sprung acapella group celebrates the release of its new Christmas album by singing holiday classics without the aid of instruments. — CG

Like Moths to Flames at The Prophet Bar
The Ohio metalcore supergroup heads up a bill that also includes Oceans Ate Alaska, Phinehas and Novelists. — CG

Hoobastank at Canton Hall
Their one song, “The Reason,” is now 15 years old. This tour denotes that. And now it’s in your head. It gets in there like that. — CG

Broadside, With Confidence at Gas Monkey Bar N’ Grill
The Victory-Records-signed pop punks (Broadside) and Australian counterparts (With Confidence) co-headline a bill that also includes Sleep on It and Small Talks. — CG

I See Stars at Cambridge Room
The electronicore (electronica + metalcore) outfit released its fifth studio album this summer. There’s a new lineup out touring in support of the thing this time, too. — CG

Cupcake and Beer Pairing at LUCK
Cupcakes? Good! Beers? Good! Both those things paired together in a complimentary fashion? Perfection! — CG

Fire Breathing Drag Show at RBC
Nudity and fireplay don’t usually work this well together. Alas here we are with some body-painting exploits and a live fire breathing demonstration. — CG