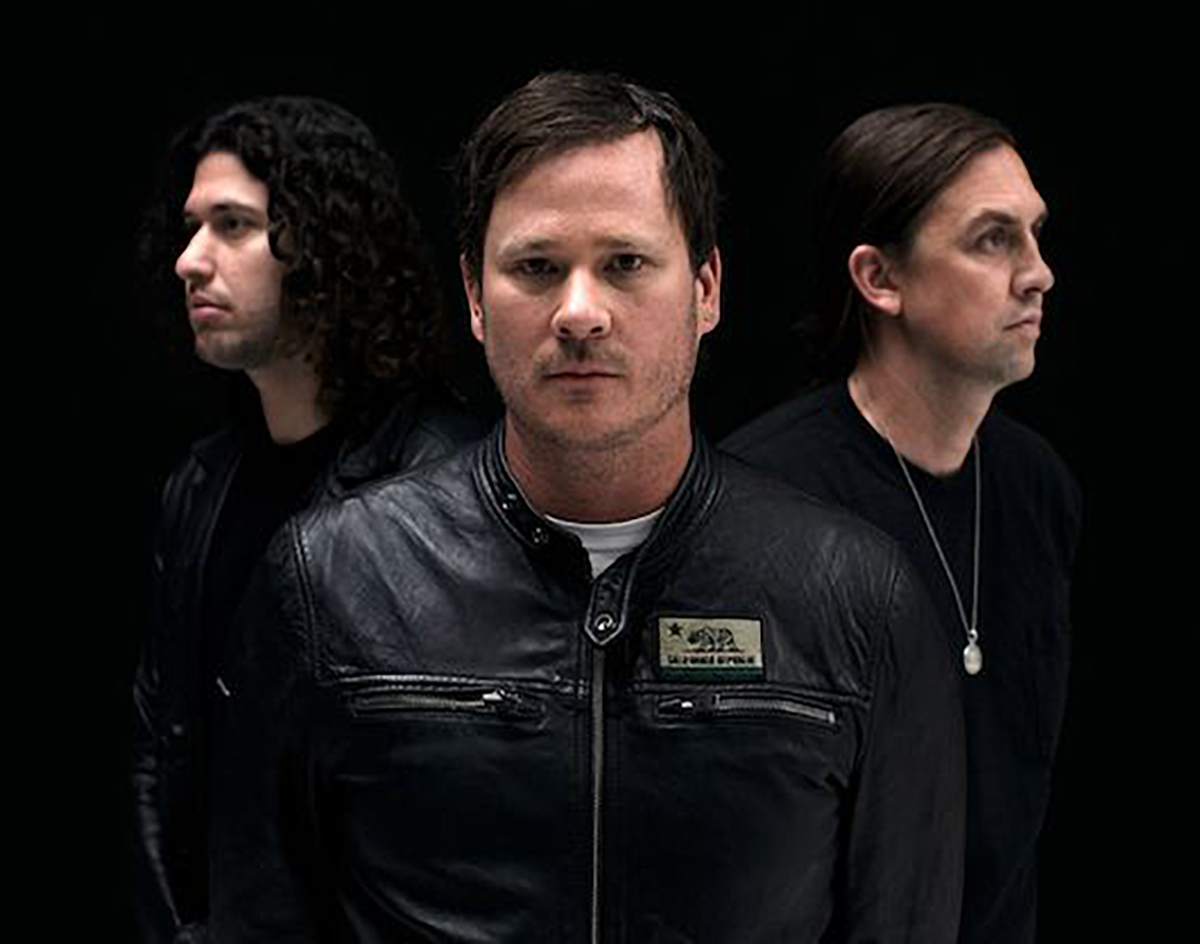 Let Angels & Airwaves Try And Convince You UFOs Are Real And Get Into Something Sweet At Dallas Chocolate Festival. Plus So Much More!

Now, this is not shade considering Tom DeLonge will be in town this weekend, but today marks the 19th Anniversary of when his former band Blink 182 released “Adam’s Song” from its 1999 album, Enema of State.

To commemorate the landmark, the current members of Blink 182 (Mark Hoppus, Travis Barker and concurrent Alkaline Trio front man Matt Skiba) have partnered with Entercom for Imlistening.org to help end the stigma surrounding the conversation about mental health.

Today is the 19th anniversary of “Adam’s Song” debut as a single on 9/5/2000 and we want to take a moment today to urge everyone to eliminate the stigma of talking abt Mental Health w/ @imlistening_org. Tune into the ad-free broadcast 9/8 at 7am on @Radiodotcom #ImListening pic.twitter.com/qr5PKEXzXw

Pretty cool move, right? Now we’re listening to the early Blink classic as we type this.

A two-hour special broadcast called “I’m Listening,” featuring the band will air Sunday, September 8 at 7 a.m. on radio.com. Cool way to end this weekend after you catch everything on this list of things to do in and around Dallas.

Muscadine Bloodline at Billy Bob’s Texas (Fort Worth)
This country duo swears by very country music things like duct tape and WD-40. So much so, they literally named a song “WD-40.” Add “inspiring songwriting” to the list of thousands of uses for the utility spray. — AS

Ana Barbara at House of Blues
This Mexican legend is a full-on dominant powerhouse in regional Mexican music. Like, a Latin Grammy-winning, 11 studio albums and 30 music videos released type of legend. — AS

King Gizzard & the Lizard Wizard at The Bomb Factory
This Australian progressive psychedelic band epitomizes the word “prolific,” as they have released 13 albums in less than a decade (five of those albums were released in 2017 alone, beating Brockhampton’s record of releasing three albums that year). Five years ago, they played a free show at the Foundry with Street Arabs. After years of patiently climbing the ladder, they have achieved enough success to play The Bomb Factory. — GG

Paul Cauthen with special guests Medicine Man Revival at Kessler Theater
The Texas outlaw is celebrating the release of Room 41, an album written entirely from Room 41 of the Belmont Hotel here in Dallas. We featured Cauthen’s “Cocaine Country Dancing” as our Song of the Day back in June, so you know what to do. — AS

Teenage Bottlerocket at South Side Ballroom
This Wyoming punk band has decided to skip Dallas proper this time around and pay an unexpected, but welcome visit to Panther City. — GG

Mad Mexicans at Trees
Isn’t this a rite of passage in Dallas? — Stephanie Salas-Vega

Genuine Leather at Double Wide
Austin natives Genuine Leather will be behind the wheel as the clock nears midnight on Double Wide’s 16th birthday. Local favorites Ruff Wizard and Brody Price will be along for the ride, too. — AS

Garrett Owen at Andy’s Bar (Denton)
Fun fact: Though he’s a native Texan, Garrett Own grew up in Africa. His parents were regional therapists for a network of missionaries. — SSV

Different Strokes at Twilite Lounge
This is not just any cover band. It’s a Strokes cover band. We’ll stan that. — AS

40 Acre Mule at The Foundry
This “boogie rock” band just dropped a banger of an album called Goodnight & Good Luck, so we’ll just leave it at that. — AS

Holy Roller Baby at Backyard on Bell (Denton)
Yet another act we featured as our song of the day back in July, and it was quite banger. Jean Caffeine opens the show. — AS

Mana at American Airlines Center
Mana are a Mexican rock band that has been active since 1986. Since their formation, they have won four Grammys and 19 Billboard Latin Music Awards. Over the years, they have earned their status as one of the most successful Latin-American bands yet — because why else would they be playing a 20,000-cap venue?! — GG

Double Wide 16 Year Anniversary Party
The Double Wide has been around long enough to get a Driver’s license, and now it wants to give you a ride to party town, featuring a lineup of live music (The Gorehounds, Straight Tequila Night and more) and food. Also, a mechanical bull! — AS

Trae the Truth at Gas Monkey Live!
This Houston rapper got his start by featuring on a Z-Ro album before singing to T.I.’s Grand Hustle Records around the same time his then-label mate Iggy Azalea sprung up. Is it wrong that we could have traded more of him for less of Iggy? — JH

Angels and Airwaves at House of Blues
Tom DeLonge was recently heard playing a couple of old Blink songs as well as a few tracks from his criminally underrated project of Boxcar Racer. Maybe we’ll get lucky enough for some of that, too. — AS

The Dobre Brothers at Granada Theater
The list of YouTubers we’ve never heard of but are expected to know just keeps growing. — AS

Hayden James at Trees
Having released his debut studio album in June that Triple J calls “home grown dance at its finest,” Australian electronic artist Hayden James is having quite a moment right now. — SSV

Jenny and the Mexicats at Three Links
With a name this iconic, dare I say it’s over for Josie and the Pussycats. — AS

Tower of Power at Billy Bob’s Texas (Fort Worth)
This Oakland-based group’s name sounds like something I’m afraid to look up on Urban Dictionary. — AS

Slipknot at Dos Equis Pavilion
One of the few nu-metal bands with street cred will be touring in anticipation of their annual festival, Knotfest. Volbeat, Gojira and Behemoth open. — GG

Ask Me Another at Majestic Theatre
NPR’s Ophira Eisenberg-hosted game show has such a dedicated following that the-powers-that-be decided to bring it on the road. Neat! — GG

Black Tusk at Club Dada
Even after the tragic death of former bassist Jonathan Athon, these guys have kept at it. This Savannah, Georgia band shares a hometown with two other established sludge-metal acts: Baroness and Kylesa. — GG

Maze Featuring Frank Beverly at The Pavilion at Toyota Music Factory
This band might sound especially familiar at the moment as Beyonce covered its “Before I Let Go” for her Homecoming doc earlier this year. Frankie Beverly has since said the cover is one of the greatest moments of his career. Queen B will do that do ya. — AS

Reverend Horton Heat at Texan Theater
Being hailed as a show similar to the stripped down nature of “MTV’s Unplugged,” you don’t want to miss this rare occurrence of a solo show from the reverend. — JH

Nervous Curtains at Harvest House (Denton)
Not only is this a show we are promised, it’s a show we truly deserve. — SSV

Pentagon at House of Blues
K-Pop boy bands really are taking over the world, huh? — AS

The Australian Pink Floyd Show at The Pavilion at Toyota Music factory
How many tribute bands do you know that can book a show with a capacity of 8,000+ people? Also, Australian accents. — AS

Adrian Belew at Granada Theater
This guy has worked with everyone from the late David Bowie to The Talking Heads. Nothing we say can do his resume any justice. — AS

Acid Carousel at Gas Monkey Bar N’ Grill
At this point, a Central Track list of things to do just doesn’t feel right without an Acid Carousel show. — AS

Tiffany at the Texan Theater
I have a confession and it’s that I only very recently learned that the song Tiffany is known for (“I think We’re Alone Now”) is actually a cover of James and the Shondells’ 1967 single. There’s no way I’m the only one. — AS