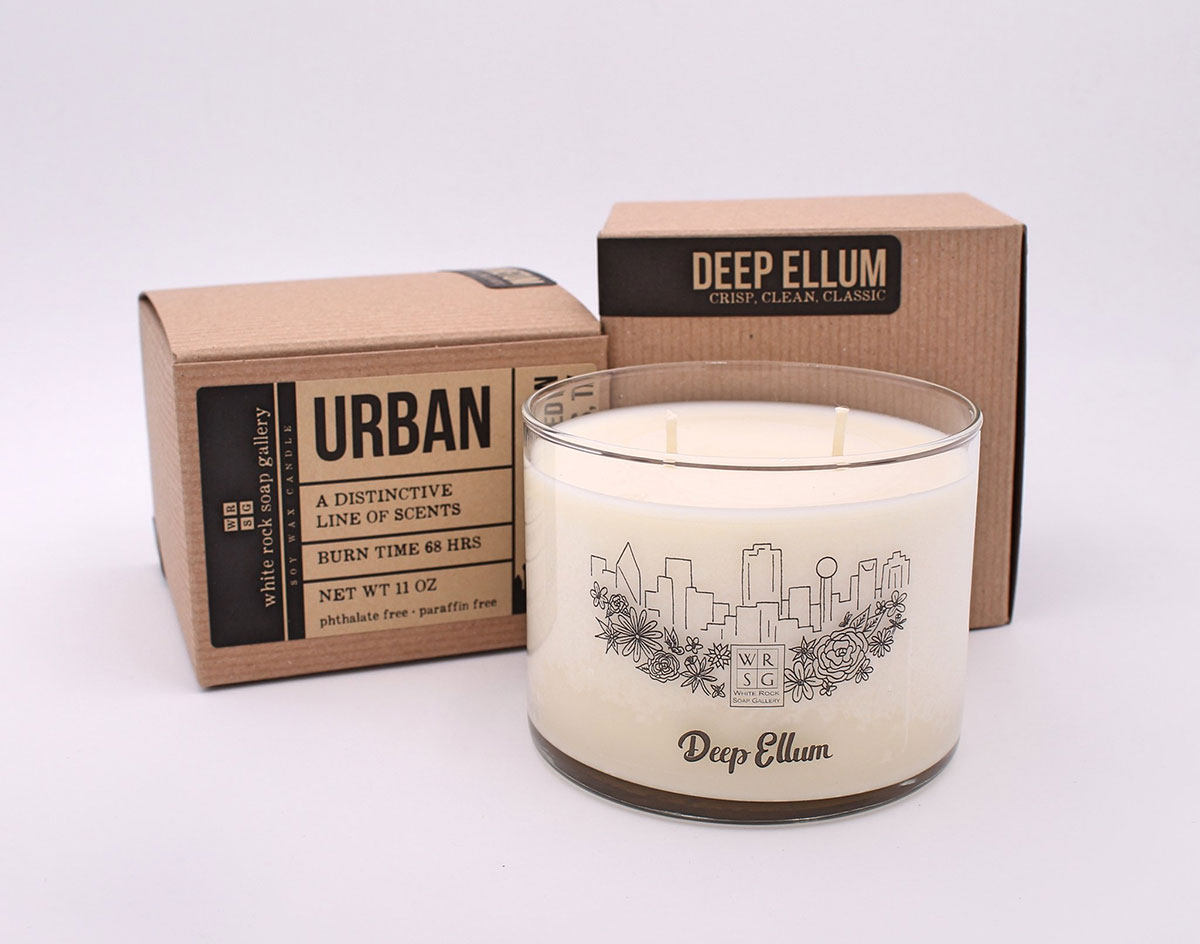 We Put White Rock Soap Gallery’s Line Of Dallas Neighborhood-Inspired Candles To The Test To See If Locals Can Determine Which Area Belongs To Which Smell.

During last year’s holiday season, a friend of mine brought to a Secret Santa gift exchange a Deep Ellum-scented candle that they’d purchased at White Rock Soap Gallery in the Bishop Arts District.

It was a fine offering — and, at $25, it fell within our predetermined budget constraints — but, easily, the best part of its appearance among the gifts brought to the party was the conversation it inspired.

Never mind the fact that the candle itself was pleasant-smelling enough — my girlfriend is the one who got it, and I can personally vouch for its enjoyable scent when it was put to use in the days and weeks that followed. Really, what my friends and I couldn’t get past was the fact that the candle, for all its delights, definitely didn’t smell like the Deep Ellum we knew.

Immediately, we launched into a string of jokes about what we thought a Deep Ellum candle should smell like. Pretty much everyone had their own an ideas: Stale beer and cigarettes! Shame and regret! Sweaty band dudes! Gentrification!

Point is, we had a lot of fun with it. And, upon learning that the candle is one of more than 30 neighborhood-based scents included in White Rock Soap Gallery’s Soy Wax Candle Urban Collection, our minds raced to what the other offerings smelled like. Would we even be able to determine which was which based on smell alone?

Finally, we decided this week to put that question to the test by rounding up some of our friends and officemates, plopping various neighborhood-scented candles in front of them and seeing if they could put the proverbial two and two together.

Here are the results of that experiment:

Many thanks to the folks at White Rock Soap Gallery for lending us a grip of their candles to use for the cause. Curious as to which neighborhoods are among its offerings? The entire roster is as follows:

Alas, if you want to smell these neighborhood candle offerings for yourself, you’ll have to do so in person, either by ordering some online or by visiting one of the shop’s three area locations.

May your nose lead your way.