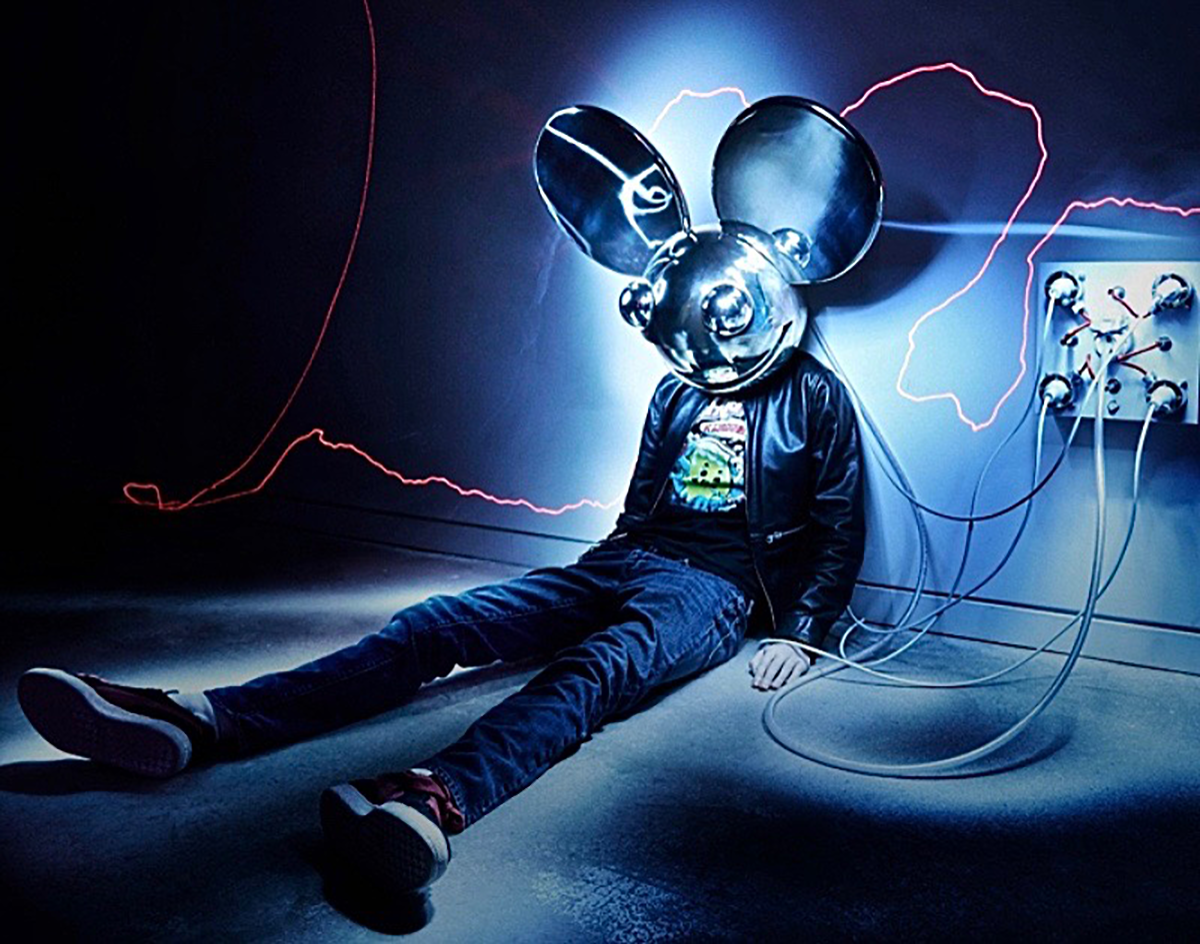 Say Hi To A Friend With Deadmau5, Rise Above It All With Black Flag And Absolutely Nail It With Nicole Byer. Plus So Much More!

In case you’ve been living under a rock (or you just aren’t on twitter), Bon Appétit Magazine announced today that it chose Dallas as the Top Restaurant City of 2019.

You know when you fall down the YouTube rabbit hole and always end up on those videos of back-to-back chefs with people like Natalie Portman and Gordon Ramsey in cooking lessons? Yeah, the magazine behind those thinks our city has the best place to eat Laotian food at spots like Khao Noodle Soup and exceptional mezcalerias like Las Almas Rotas — and they’re right.

Maybe you can kill two plates with one fork and grab dinner at any of the 25 restaurants on the magazine’s full list, but not before checking out this list of things to do in town this weekend. — Alec Spicer

Flor at Trees
In February of last year, Flor sold out Three Links months in advance. It is fitting, then, that the band has graduated to a venue nearly three times the size. — Garrett Gravley

Phantogram at Bomb Factory
Once upon a time at a show in Dallas, Muse took too long to set their shit up at the AAC and, in turn, their opening act Phantogram didn’t get to perform. When you’re the headliner, as Phantogram is on this bill, you don’t get bumped. — GG

Bun B at Psychedelic Robot
The crazy popular interactive experience Psychedelic Robot has invited Houston rap legend Bun B to play a set. Fingers crossed he performs his collab with Parquet Courts. — DV

Hedwig & The Angry Inch + New Fumes Behind the Screen at Texas Theatre
Grab your wig in a box, escape that wicked little town, and check out this 4K presentation of the best movie-musical of all time (you know it’s true). After the screening will be a gig by local acts New Fumes, NET and Dr. No — DV

Nicole Byer at Addison Improv
Standup comic, host of the addictive Netflix competition series “Nailed It!” and source of one of my favorite reaction gifs — Nicole Byer is truly a renaissance woman. She has a three-day stint at the Improv this week — DV

Mexico de Mil Sabores at SMU
A weekend-long celebration of Mexican cuisine, presented by the General Consulate of Mexico. The first day’s event will be held at SMU, with the remainder to be held at the Dallas Farmers Market. Warning: its Instagram will make your mouth water. — DV

Ritt Momney at Ruins
This Salt Lake City solo project started as a band of high school friends before all but one of them left to be missionaries. Also the name is a spoonerism of 2012 Republican presidential candidate and current Utah Senator Mitt Romney. Lots of Mormon representation with this one. — AS

Dallas Tattoo Expo at Irving Convention Center
Just in time for Friday the 13th. A celebration of all things inked, featuring both local and visiting tattoo artists. If you’re gonna get that tramp stamp, now’s the time — DV

Fair Food Fest at Trinity Groves
Big Tex doesn’t begin his reign of terror over Fair Park for another couple weeks, but this will curb your cravings for artery-clogging food (and rides to puke them out on) until then. — DV

Justin Willman at House Of Blues
For this magician’s next trick, he’ll make the House of Blues disappear. Ok fine, he won’t actually make it disappear. But what if he does? — DV

Nightmare Fuel Film Series at Gas Monkey Live!
Halloween isn’t for another month and a half, but true fiends know to spread scares through the season. Bring your best spooky sartorial style to this screening of the new horror flick “Satanic Panic”, along with Texan-made short films “Road Trash” and “Date From Hell”. — DV

Friday the 13th Tattoo Marathon at Elm Street Tattoo
Picking a tattoo design is tough, so take our quiz and let us handle that choice for you. — DV

2nd Annual Mr. Dallas Otter Weekend Contest at The Round-Up Saloon
Sadly, there won’t be actual sea otters here, but there should still be plenty of cute, fuzzy creatures on display — DV

Black Flag at Gas Monkey Bar N’ Grill
Greg Ginn only reunited the current incarnation of Black Flag as a middle finger to Keith Morris. If you want to see the spite project of a 64-year-old stoner that lives in Taylor, Texas, look no further. If you’re looking to rekindle Black Flag’s glory days, well, just stay home and listen to My War. — GG

Glen Hansard at Granada Theater
The Irish vocalist and guitarist behind The Frames and The Swell Season also has a solo career, and will be performing cuts from that project, and probably from the two aforementioned acts as well. — GG

Tinariwen at Canton Hall
The Tuareg legends don’t appear to have any new releases, and are more than likely touring North America to support their 2017 full-length Elwan. There doesn’t seem to be any occasion, but who are we to look a gift horse in the mouth? — GG

Lenny Kravitz at The Theatre at Grand Prairie
You may know Lenny Kravitz for his song “Fly Away,” but do you know the edited version that made the rounds on YouTube five years ago? Where Kravitz sings about his obsession with dragonflies and Milky Ways? It’s a thing. — GG

Nicole Byer at Addison Improv
Standup comic, host of the addictive Netflix competition series “Nailed It!” and source of one of my favorite gifs — Nicole Byer is truly a renaissance woman. She has a three-day stint at the Improv this week —  DV

How to Make a Zine Workshop at We Are All Stars Gallery
The We Are All Stars gallery is holding a zine-making workshop in celebration of its eighth anniversary. Quite possibly the hippest place to get a paper cut. — DV

Ecstatic Prismatic at The Green Elephant
Nonprofit organization Burners Without Borders is holding this fundraiser to support the vital Resource Center in Oak Lawn. Events include workshops on safe sex and queer history, as well as performances by local drag queens and DJs. — DV

Found Footage Festival at Texas Theatre
Two comedy writers dug through a trash heap of weird VHS footage and returned with the coolest and weirdest clips they found. — DV

Phora at Club Dada
Ah, a sold-out gig from the up-and-coming conscious MC. On his track “The World”, he asserts “Only cats that I fuck with is Cole, Hopsin, and Logic”. Take those influences as you will. — DV

Flying Lotus at The South Side Ballroom
Know your meme: I saw Flying Lotus in a grocery store cop pasta. — GG

William Tyler at Sons of Hermann Hall
Did you know that William Tyler’s parents wrote songs for the Nitty Gritty Dirt Band and the Oak Ridge Boys?! It’s true! He was also a member of Silver Jews and has been gaining traction after the January release of his fourth solo album, Goes West. — GG

Twista at One Sette
“Slow Jamz” was such a bop that both Twista and Kanye put it on their albums. He’ll be performing that throwback track and plenty more, we’re sure. — DV