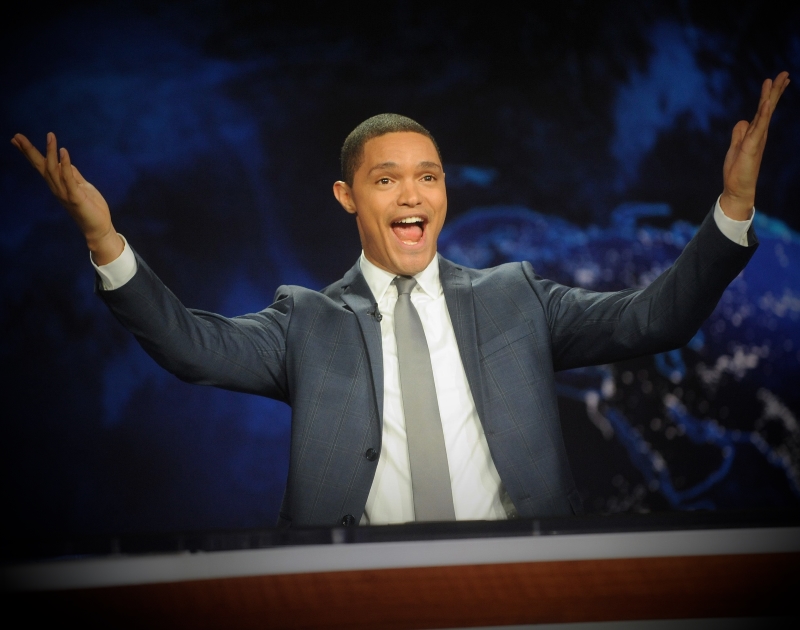 According to some scientists, we worry about things we shouldn’t.

Fluoride in our drinking water? Not gonna kill us, and great for our teeth. Aluminum poisoning? Zero chance its gonna happen. An asteroid striking the earth and killing us all? Not in our lifetimes, pals!

Things you should be worried about, though? Eating too much sugar, drinking too much alcohol or being exposed to too much lead. All that shit actually will kill you in the end.

We’re no scientists, but we think they should add knowing what we’re going to do this weekend to the list of things to worry about. And because we wouldn’t want you to die of boredom these next few days, we’ll provide you with some solutions for that particular problem. — Cory Graves

Trevor Noah at Toyota Music Factory
The host of The Daily Show returns for a two-night stand in Irving. — Garrett Gravley

Maren Morris at The Bomb Factory
Between gigs from Kacey Musgraves, Erykah Badu and this show, it seems like Bomb Factory is enjoying quite the presence of hometown heroes, no? Anyway, Maren Morris kicked off the year with the announcement of a massive tour titled “GIRL: The World Tour.” The Arlington-born and Grammy-nominated country singer behind hits such as “The Middle,” “My Church” and “Dear Hate” has enjoyed a rather speedy catapult to success in recent years, and she’s coming back to her familiar stomping grounds on the heels of her hot sophomore album. — GG

Mustache Envy presents Gothic Prom at Sue Ellen’s
The local drag and queerlesque company chooses a different theme every month for its third Friday parties. This one is “gothic prom,” which lends itself to lots of interesting dress. — CG

Bri Bagwell at The Blue Light
The Austin-based, contemporary country has seen her stock rise since appearing on reality TV competitions — CMT’s Next Superstar and USA’s Real Country. — CG

Seth Meyers at Majestic Theatre
SNL alumnus and current host of the same late night franchise that was once hosted by David Letterman, Conan O’Brien and Jimmy Fallon brings his live comedy show to Dallas. For more info on this one, check out an interview we did with Meyers here. — GG

Kristian Nairn at It’ll Do Club
As he’s done in town before, Hodor’s gonna Hodor at Hodor on Hodor. — CG

The Millennium Tour: B2K at The Theatre at Grand Prairie
After some touch-and-go news around announce time, the Boys of the New Millennium are reunion touring at full strength, with Raz B and all. The stacked, nostalgia-packed undercard includes Omarion, Mario, Pretty Ricky, Lloyd, Bobby V, Chingy and the Ying Yang Twins. — CG

The Music of Cream: 50th Anniversary Tour at House of Blues
This one features the music of the legendary supergroup, but not its actual members. The duty of paying tribute falls to a trio of family members — Eric Clapton’s nephew Will Johns, Jack Bruce’s son Malcolm and Ginger Baker’s son Kofi. — CG

Olivia O’Brien at Dada (Sold Out)
In 2017, Olivia O’Brien achieved breakout success with the single “i hate u, i love u (feat. gnash),” which was nominated for a Radio Disney Music Award. If you’re a bartender at Dada, and you’re scheduled to work this show, there’s a good chance you’ll get cut, so it’d probably be wise to start making tentative plans for 4-20. — GG

Kody West at The Blue Light
The Rodeo Houston side stage performer brings the Red Dirt flavor of his most recent album Green to Dallas’ bastion for this type of thing. — CG

Bill Wisener’s 75th Birthday Party at Kessler Theater
To celebrate the owner of Bill’s Records turning 75 years old, Kessler artistic director Jeff Liles — who once directed a documentary about Wisener’s shop call The Last Record Store — is throwing this party, which is being built around a performance of Liles’ own reunited Cottonmouth, TX band, whose set, Liles says, is going to be designed to tell all “about the history of indie record stores in Dallas.” — Pete Freedman

Carla Parker’s Remembering Rudy at Ochre House Theater
The saga provides a where-are-they-now for forgotten child actor Rudolph Raeburn, who has apparently been up to some wild things since falling out of the spotlight. The play opens this weekend, and runs through May 11. — CG

Alien: 40th Anniversary Screening and Concert at Texas Theatre
Ridley Scott’s OG alien thriller gets the 4K restoration treatment for its 40th birthday, and a screening accompanied by celebratory sets from Black Taffy, Body Mechanics and BATHHØUSE behind the screen, DJ sets in the lobby and video art from Evan Henry. — CG

GRiZ at South Side Ballroom
The sax-playing DJ/electronic producer brings the show to the south side of town, where Medasin, Yultron, Cray and Ill76 also perform. — CG

Amtrac at It’ll Do Club
Caleb Cornett from Morehead, Kentucky is probably better known as Amtrac. That’s because he’s one of the hottest DJs and producers on the planet. He’s known for his wide range of musical stylings from deep house to funk to indie dance. He’s also got his remix game turned up to 11. — Roberto Aguilar

The Shred Til You’re Dead Tour at Trees
NC post-hardcore out Alesana headlines this one, technically, but don’t expect too long a set. They’ve also got to fit ones from The Red Jumpsuit Apparatus The Veer Union, Avoid, Alive in Barcelona and Saints Can Lie on this stuffed bill. — CG

The Joe Budden Podcast at Majestic Theatre
The former rapper hits Dallas with co-hosts Mal Burke and Rory Farrell to record an upcoming live edition of his bi-weekly podcast. — CG

Epik High at Canton Hall
Jokes aside about their name and the fact that they’re playing 420, hip-hop trio Epik High are the second Korean act to play Coachella. You may not have heard of them, but their career is old enough to buy cigarettes and cast a ballot, and they are helping spearhead the increasing presence of South Korean music in the United States along with acts such as Winner, BLACKPINK and Hyuko. — CG

Four Twenty at Four Corners Brewing Co.
For last weekend’s national Record Store Day celebration, the Cedars-set brewery and Field Day Records teamed up to release the appropriately-branded Local Buzz 7-inch featuring songs by Brave Little Howl and Oscar DeLaughter. This is a release show for the record, of sorts, featuring sets from BLH, with support from Cool Jacket and Abnormal. The Kixpo folks will be on hand for all you sneaker heads, there’ll also be skate demos and more. — CG

Com Truise at Trees
— Seth Haley is one of the biggest names in chillwave and deserves recognition, but naming your project after a spoonerism is cliché and needs to stop. It’s bad enough that we have Mord Fustang. Jack Grace and ginla open. — GG

War and Peace: Seven-Hour Epic Restoration at Texas Theatre
If the greatest romance ever lived isn’t also the greatest motion picture ever made, it’s at least certainly one of the longest. This 4K restoration of the 1966 Bondarchuk classic clocks in over seven hours, presented in four parts with three intermissions. — CG

Matt Maeson at Three Links (Sold Out)
The son of a couple of touring Christian metal band members is out here doing his own thing — mainly a Manchester Orchestra-evoking “outside” bedroom project that doesn’t get too judgy when you drink in front of it. — CG

Easter Brunch at Legacy Hall
Featuring $5 mimosas at every stall, and quicker lines due to limited menus for the event. — CG