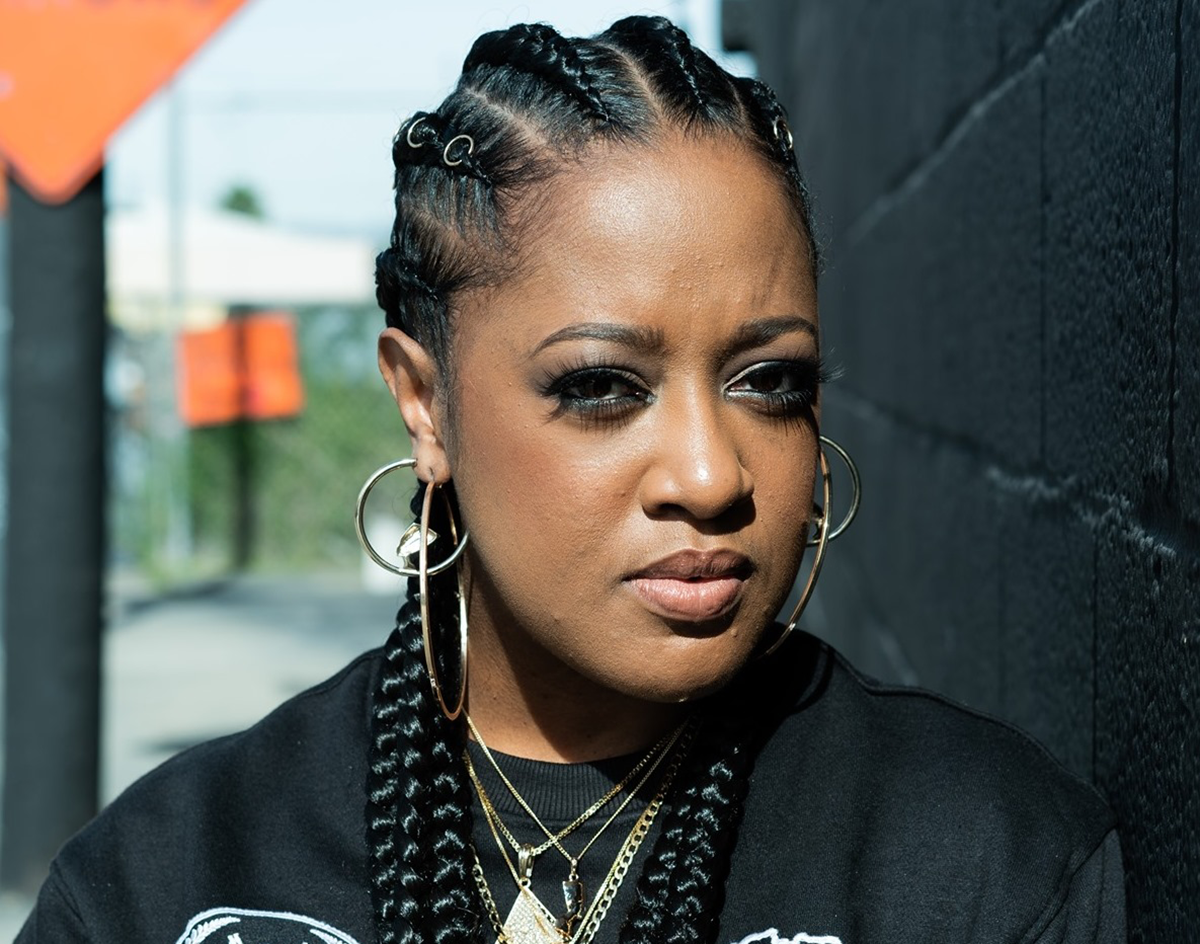 Find Your Idea Of Beautiful With Rapsody, Harness The Power Of Rock For The She-Rock Festival And Let Midnight Magic Beam You Up. Plus More!

South By Southwest 2020 is being “disrupted” but not the kind of “disruption” that tech bro attendees would like to promote.

Multiple tech giant corporations, including Amazon, Facebook and Twitter have announced plans to skip the Austin festival next week out of concern over the spread of Coronavirus (COVID-19). The lip-sync app beloved by Gen-Z, TikTok, has also cancelled its SXSW showcase, so at least Austin will hear significantly fewer remixes of “The Box” by Roddy Ricch next weekend.

Some of the musicians and speakers set to appear at SXSW have also been cancelling their plans, the most recent announcements coming from keynote speaker Tim Ferriss and Massachusetts indie-rocker Sadie Dupuis of Speedy Ortiz.

Calls to cancel the event entirely were amplified through a change.org petition which has received over 40,000 signatures. The petition’s creator, Shayla Lee, wrote that “having an event like this is irresponsible amid an outbreak.”

On Tuesday, the festival put out a statement in response to the petition, stating that it will be continuing with the event but will be taking precautionary measures against the virus, such as providing disinfectant wipes and hand sanitizer. Although there is still justified fear around the virus, there isn’t much that regular people can do to prevent it besides washing their damn hands.

As SXSW quickly turns south, there are still plenty of opportunities to experience new pop-culture and media. Here are some of the coolest events happening around town town this weekend — and again, wash your hands. Seriously. — Daniel Valdez

Trippie Redd at Gas Monkey Live!
Trippie Redd’s debut album, Life’s a Trip, is appropriately named, as his life has indeed been a trip these past few years – a feud with rainbow-haired rapper 6ix9ine, a scandal concerning the charming Dr. Phil star turned rapper Danielle Bregoli and an unfortunate round of lip fillers are just a few of the things he’s been up to. — Nikki Johnson-Bolden

Sofia Nino De Riviera at House of Blues
This star of the Spanish Netlfix comedy “Club de Cuervos” has done two comedy specials for Netlfix, which is nothing to scoff at. — NJB

Ramirez at Club Dada
Ramirez is affiliated with other Soundcloud OGs like Pouya, and the Suicideboys, sharing his his music in that  e-rap scene. — Natalie bermudez

James Supercave at Ruins
Self-described “astronaut of inner space,” James Supercave is a jazzier James Blake with a full ensamble behind him. The band’s new EP, M.O.W.O, was also just released in late February. — Mason Geear

Emo Nite at Gas Monkey Bar N’ Grill
A great alternative to the MCR reunion tour that you’re probably still upset about not getting tickets to. — MG

LFA 83 at The Bomb Factory
It’s like UFC, but without the outrageous pay-per-view price. — MG

The 40 Acre Mule at Three Links
When it comes to rhythm and blues, The 40 Acre Mule likes to keep it old school. With influences like Chuck Berry and Ray Charles, they put their own spin on the original rock sound. — NJB

Disco, TX: Beam Me Up at Granada Theater
Get beamed up for a night of disco and dance music featuring the sounds of NYC-based Midnight Magic and Dallas DJs Sober and Blake Ward. — MG

Nikki Glaser at House of Blues
You might have seen Nikki Glaser on some of Comedy Central’s roasts. Alternately, if you were in the waiting room of an urgent care facility at any point in 2016, you might have watched her short-lived series Not Safe with Nikki Glaser. — Garrett Gravley

Rapsody at Trees
North Carolina rapper Rapsody is notorious for her feature on Kendrick Lamar’s “Complexion (A Zulu Love),” but the year after the song’s release found the artist inking a deal with Jay-Z’s Roc Nation label, where she dropped her sophomore full-length, Laila’s Wisdom. Hov’s faith was by no means misplaced, as the album went on to receive two Grammy nominations. — GG

SOB X RBE at House of Blues
Around this time two years ago, this West Coast hip-hop collective introduced themselves to the world at large with the shit-talking “Paramedic” on the Black Panther soundtrack. — DV

Forgotten Space at Granada Theater
Deadheads, come get y’all’s juice! Missing this local Grateful Dead tribute band would be evidence of having a “Foolish Heart.” — NJB

Blockhead at Deep Ellum Art Co.
Some hip-hop producers are practically synonymous with a specific scene and era of rap. Dr. Dre with G-Funk, Madlib with jazz-rap, and now Blockhead has carved out his own niche in left-field boom-bap by the likes of Aesop Rock. — DV

88 Fingers Louie at Three Links
88 Fingers Louie got their name from a gangster character on “The Flintstones.” They broke up in 1999 a few years after forming, but reunited in 2009 and have been going strong ever since. — NJB

Ross Matthews at Texas Theatre
The comedian and TV personality is spilling the tea on his interations with other celebrities during this tour to support his latest book, “Name Drop.” — NJB

Yves Tumor at Club Dada
Under the Yves Tumor moniker, Sean Bowie blends the disorientation of noise music with the pleasures of pop to create seductively surreal art-rock. Check out the single “Gospel For A New Century,” which sounds like Prince collaborated with the sleep paralysis demon in the corner of your room. — DV

Overkill at Gas Monkey Bar N’ Grill
These thrash-metal vets predate the “Big Four” bands of its genre (Metallica, Slayer, Anthra, and Megadeth). How much more cred could you have? — DV

Justin Pickard and the Thunderbird Winos at Sons of Hermann Hall
This rockabilly soul group is releasing a new album and is bringing along fellow travelers in Americana, like Eleven Hundred Springs, to celebrate. — DV

Cal Scruby at Ruins
This Cincinnati, Ohio native started rapping while attending Ohio State University. Oh, and he has a song called “Keanu Reeves.” Does this mean he’s The One? — NJB

Borgeous at Stereo Live
This DJ from Miami has produced tracks that feature artists like Wiz Khalifa and Waka Flocka Flame. — NJB

Women of Wonder Con at J. Erik Jonsson Central Library
This free, all-ages event is dedicated to supporting women entering creative industries. Since it’s a convention, you know there’s going to be cosplay — a group photo-shoot will be held for those dressed up as their favorite wondrous women, of course. — DV

Dancing With the Stars at The Theatre at Grand Prairie
The professional dancers from the hit show take the spotlight (complete with bedazzled outfits) on this tour, but special guests like Bachelorette Hannah Brown will still make appearances. — NJB

Knuckle Puck at Club Dada
Knuckle Puck joins the ranks of emo acts such as Modern Baseball, Football, Dikembe and Free Throw in having a name inspired by sports. — GG

Pee-Wee’s Big Adventure at Majestic Theatre
It’s too easy to make a joke about Paul Reubens being in a theater, but in celebration of Pee-Wee’s Big Adventure turning 35-years-old, he will be screening the movie and answering questions from audience members afterwards. That’s a big deal. Also, we never thought we’d say this, but god are we jealous of San Antonio. — GG

Whine Down at Granada Theater
Jana Kramer may be a country singer, but when she graces the Granada this time around, it will be alongside her husband, Mike Caussin, for a live edition of their podcast. — NJB