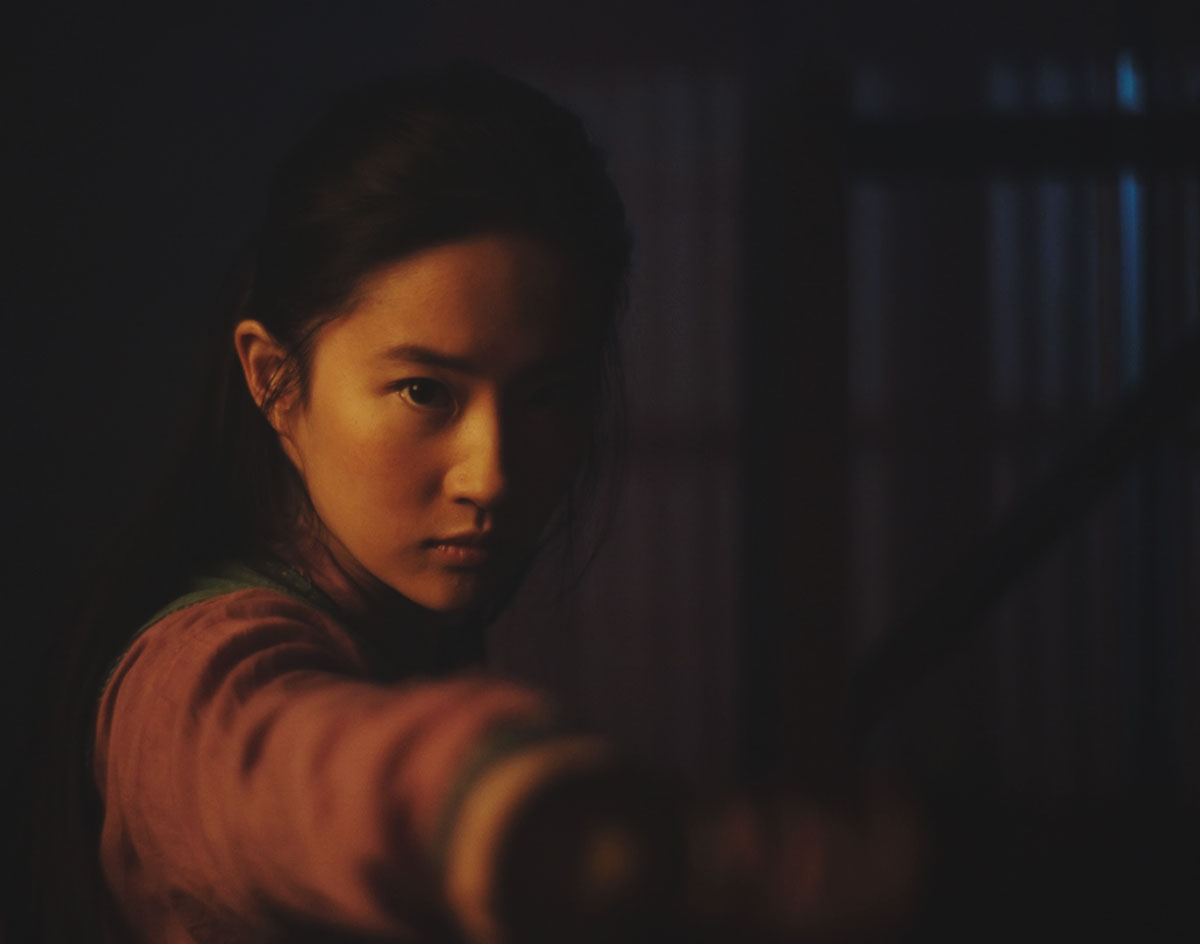 On Mulan, Onward, The Way Back And The Rest Of March 2020’s Top New Releases, Limited Showings And Repertory Screenings Around Dallas.

Update at 5:15 p.m. on March 2, 2020: In light of coronavirus concerns, Hollywood studios are postponing a number of their major releases. We will update this post with that information as it comes.

This month, Disney is back to dominate your viewing habits once again. But, hey, at least their latest movies don’t look (entirely) like soulless products!

The same can be said of the rest of many of the rest of the films hitting theaters this month, including some of the best and strangest indie filmmakers around who are returning with new projects that contain all the things that make them wonderful.

Also, as someone who has unexplainable affection that goes beyond mere nostalgia for Pee-Wee Herman, it excites me to tell you that this month also offers Dallasites the chance to see the first film featuring Paul Reubens’ iconic character with the man himself in attendance — an opportunity that’s just too good to pass up.

Here’s what you’ll be watching this month, Dallas.

Onward.
Director: Dan Scanlon.
Writers: Dan Scanlon, Jason Headley, Keith Bunin.
Cast: Tom Holland, Chris Pratt, Julia Louis-Dreyfus, Octavia Spencer.
Opens: Friday, March 6.
Hope you’ve got your tissues packed, because Pixar’s latest is probably going to wreck you just liked it wrecked me — especially if a loved one has recently died. The plot beats are pretty familiar, sure. There’s a dead relative, a dangerous quest and some specific cultural touchstones – but, emotionally, this one hit me the hardest of any Pixar film since Inside Out. Here, Ian (Tom Holland) and Barley (Chris Pratt) are brothers who have just 24 hours to complete a magical spell that will bring back their dead father back to life for one day. If you’re into fantasy or role-playing games at all, you’ll find plenty to love in this world.

The Way Back.
Director: Gavin O’Connor.
Writers: Gavin O’Connor, Brad Ingelsby.
Cast: Ben Affleck, Janina Gavankar, Michael Watkins, Hayes MacArthur.
Opens: Friday, March 6.
When the trailer came out, I called this “Your dad’s new favorite movie,” and it probably will be! But you might dig it, too. In this one, Ben Affleck leans into his own history with substance abuse, playing a former basketball player whose demons kept him from achieving his all-star potential. When the coach at his alma mater suddenly dies, he returns to whip the failing team into shape and possibly reach sobriety. If any movie is going to get your dad to cry this year, it’ll for sure be this one.

The above release has been postponed.

The above release has been postponed.

Deerskin.
Director: Quentin Dupieux.
Writer: Quentin Dupieux.
Cast: Jean Dujardin, Adѐle Haenel, Albert Delpy, Youssef Hajdi.
Quentin Dupieux has made some of the oddest movies of the last 15 years — especially Rubber, the movie about a killer, sentient tire. His latest is his most star-studded effort to date, featuring Oscar winner Jean Dujardin (The Artist) and Adèle Haenel (Portrait of a Lady on Fire). Here, Dujardin plays a filmmaker who buys a deerskin fringe jacket, then finds himself compelled to add more dangerous scenes to his latest project, resorting to real-life violence if he must. Is his newfound confidence causing him to take bigger risks, or is the jacket controlling him?

First Cow.
Director: Kelly Reichardt.
Writers: Kelly Reichardt, Jonathan Raymond.
Cast: John Magaro, Orion Lee, Rene Auberjonois, Toby Jones.
Kelly Reichardt has become the premiere chronicler of the American West — both past (Meek’s Cutoff) and present (Certain Women). Her latest goes back to the Oregon Trail, where a cook (John Magaro) and an immigrant (Orion Lee) team up to Robin Hood their way to a thriving business. Still, part of me wishes this were the film Rian Johnson has joked that its title implies: a movie about a cow running for president.

Pee-Wee’s Big Adventure.
Director: Tim Burton
Writers: Phil Hartman, Paul Reubens, Michael Varhol.
Cast: Paul Reubens, Elizabeth Daily, Mark Holton, Diane Salinger.
Playing At: Majestic Theatre.
Showing: Sunday, March 8.
One of my favorite movies for much of my life, this wacky road trip comedy is still hilarious and delightful to this day. Also? Paul Reubens will be on hand at this screening to share stories about the making of Tim Burton’s first feature, including what it was like to collaborate with the late Phil Hartman and how he created his iconic weirdo.

The Wild Bunch.
Director: Sam Peckinpah.
Writers: Sam Peckinpah, Walon Green.
Cast: William Holden, Ernest Borgnine, Edmond O’Brien, Robert Ryan.
Playing At: The Magnolia.
Showing: Tuesday, March 24.
One of the most violent American films ever made, Sam Peckinpah’s grim revisionist Western just celebrated its 50th anniversary. This is not a fun, rollicking Western, although there are some amazing action sequences. This is a movie about bad guys and worse guys, where lawbreakers and law enforcement are equally ruthless. Still, it’s a landmark achievement, and one you should probably see on the big screen.

The Cabinet of Dr. Caligari.
Director: Robert Wiene.
Writer: Carl Mayer, Hans Janowitz.
Cast: Werner Krauss, Conrad Veidt, Freidrich Feher, Lil Dagover.
Playing At: Texas Theatre.
Showing: Tuesday, March 31.
One of the major landmarks of silent cinema, this German Expressionist trailblazer is one of the first horror films ever made. It’s got immense creepy power, and this screening will include a live score by Austin band the Invincible Czars. They’ve leaned on classical compositions in the past, but this is the first time they’ve created all the music themselves.